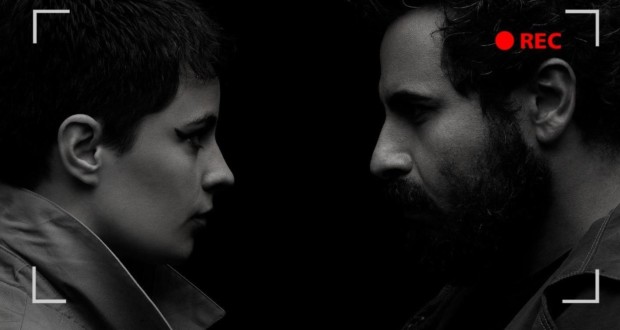 Directed by Erick Gallani and co-directed by Fernando Aveiro, editing part of documentary aesthetics to create a kind of making of the creative process of the piece

“In the stale age of these flabby times,
Virtue has to ask forgiveness for addiction. ”
(William Shakespeare)

The Cla. Praxis Arte establishes a dialogue between the theater and the audiovisual language to create an essay version of one of the most important texts in world theater. The online play “OFF HAMLET”, inspired by the masterpiece of the English bard William Shakespeare (1564-1616), recorded on video and transmitted free of charge through the group YouTube channel between days 6 and 11 April, Tuesday to Sunday, always at 20h.

The show is directed by Erick Gallani, co-directed by Fernando Aveiro and cast formed by Débora Rios, Fernando Aveiro, Henrique Lanfranchi, Naiene Sanchez, Tamara Noleto, Thiago Cuimar and Vinicius Torres. The costumes are by Rosângela Ribeiro and the photography direction is signed by Thiago Drummond.

The new version for the well-known tragedy of Hamlet escapes that more traditional staging proposal of the classic. The separation between stage and backstage is evident all the time so that the audience can see what's behind the cameras.

“The idea is to start from a documentary aesthetic, merging scenes from the play, resulting from the encounter between actor and character, to show some of the work, and within that proposal, reveal the making of the creative process ”, comments director Erick Gallani.

In the original plot of the classic Shakespearean, Prince Hamlet is in mourning over his father's death, the King of Denmark. The young man is haunted by the ghost of the monarch and plots revenge against his uncle Cláudio, who poisoned his own brother to marry the queen and take the throne.

Written between 1599 and 1601, the work deals with timeless and universal themes, like betrayal, madness, revenge, fratricidii, corruption, opportunism, morality and death. And the staging is yet another attempt to understand and discuss all these issues so urgent to achieve a more comprehensive understanding of the turbulent contemporary reality.

Gallani says he has been preparing for a future staging since 2015. “On that occasion, the idea came up with Cia. Praxis Art of making a kind of modernist Hamlet, that confronts the postmodern (post-dramatic). This job now, is completely permeated with this concept, then, I consider this broadcast online (Off Hamlet) one step / continuity of this study for the completion of this face-to-face assembly in the future. ”, anticipates the director.

Taught at Studio Fátima Toledo. Held dramaturgy workshops at Sescs Consolação and Ipiranga. He is Theater Advisor in the Arts Qualification Program, of the State Government. Graduated in Performing Arts and studied philosophy at UNIFESP. Formed by the Dramaturgy Nucleus SESI-British Council. He is the author of the texts “Em Abrigo”, assembled by SESI-SP, sob dir. Johana Albuquerque. – “Hostess”, on display at Sesc Consolação, to you. Georgette Fadel. He is director of Caixote Teatro Íntimo, where he directed “By chance, razor - theater installation ”, “Work on Ruins”, “Ex-fat” and “The Seller”. Joined the Antunes Filho CPT, during 2008 to 2014, acting in the plays “A Falecida vapt-vupt”, “Policarpo Quaresma” and “All Nude Will Be Punished”.

Prince Hamlet's well-known tragedy is commented, narrated and performed by seven actors / actresses: Hamlet tries to avenge his father's death, King, executed by Cláudio, his brother, who poisoned him and then took the throne, marrying the queen.

“This project is covered by the Cultural Emergency Law Aldir Blanc, through the Secretariat of Culture and Creative Economy of the Government of the State of São Paulo and the Ministry of Tourism, Federal government.”

Previous: Home staging: how this decorative technique can help when renting your property
Next: Galeria Nara Roesler represents Brazil at EXPO CHGO ONLINE