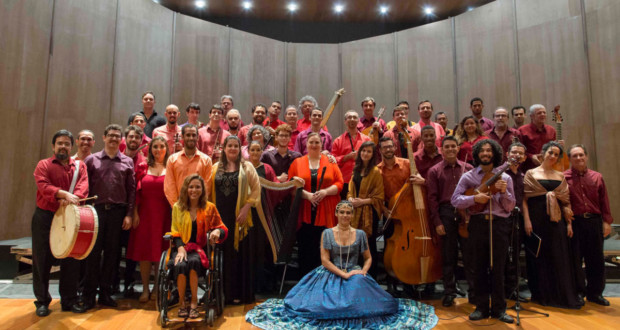 Baroque Music Series in the auditorium of the French Alliance Botafogo, days 26 and 27 April presents concert with the participation of soloists of the Baroque Orchestra of UniRio (BOTH): Patricia Michelini, Roger Gomes, Brook Luan Braga, Nichola Viggiano, Lucas Bracher, Rosanna Lanzelotte, under the artistic direction of soloist and flutist Laura Ronai.

The program also includes the Conference on French musical production of the Baroque period and the Masterclass taught by Benoît Dratwicki, artistic director of the Baroque Music Center of Versailles (CMBV).

The schedule Friday night (26/4) It starts at 19h with a conference given by expert, writer and artistic director of the Baroque Music Center of Versailles (CMBV), Benedict Dratwicki, about the topic “Musical life in Paris during the Enlightenment” (in Portuguese The musical life in Paris in the Enlightenment time). Benedict address on the French musical production of the Baroque period, comprising the seventeenth and eighteenth centuries, time of cultural movement, literary philosophical and intellectual "Enlightenment", from the second half of the Eighteenth century, originating in France and spread throughout Europe.

After forming in Cello, chamber music and musical training, Benedict He turned to the story, analysis and musical aesthetics, obtaining distinctions in different conservatories in Metz and Paris, before joining the aesthetic lessons and musical culture of the National Conservatory of Music in Paris and CMBV – Baroque Music Center of Versailles. Constantly invited to seminars, conferences or juries, Benedict Dratwicki, Current artistic director of the Baroque Music Center of Versailles, which he joined 2001, and the Palazzetto Bru Zane in Venice – Romantic Music Center from French 2007, It specializes in French opera of the eighteenth century. Author of several books and articles on the subject is completing a doctoral thesis at the Sorbonne on the composer François Colin de Blamont. 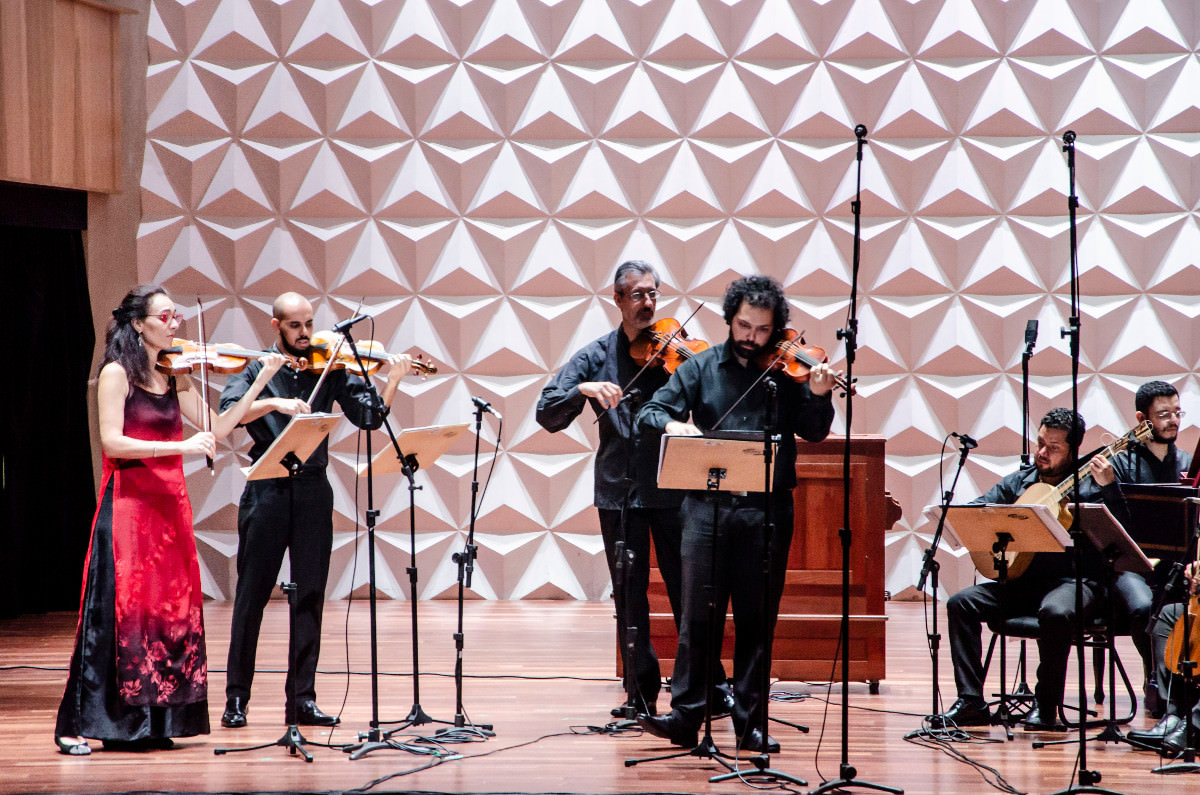 At 20h happens expected Baroque music concert “An evening at the show: Paris during the Enlightenment“, ( in Portuguese "One night in the lounge: Paris in the Enlightenment time) with the participation of soloists Baroque Orchestra UniRio (BOTH): Patricia Michelini, (recorder), Roger Gomes Ribeiro (violin), Luan Braga (violin), Nichola Viggiano (violin & alto), Lucas Bracher (cello), Rosanna Lanzelotte (harpsichord) and under the artistic direction of Laura Ronai ( flutist).

In the program the various hues of baroque music with works by "Jean-Baptiste Lully “(1632-1687), Italian composer, naturalized French and considered master of the French Baroque; “Joseph Bodin de Boismortier (1689-1755)”, French Baroque composer of instrumental music, cantatas , opéra-ballet and vocal music, “Michel Corrette” (1707-1795), French organist, composer and author of music method books, “Jean-Philippe Rameau” (1683-1764), one of the greatest composers of the Baroque-Rococo period and had in France as the greatest expression of musical Classicism, presenting works such as "comic concert op. 4 No. 3 in greater ut”, “Following retirada gallant Indies” e “VI in concert to E minor 5 sopranos”.

On Saturday Benoît Dratwicki back to the auditorium of the Alliance Française to minister Masterclass aimed at students and music professionals, specialized or not, to talk about baroque music, its most important features, its composers, tonal harmony as opposed to the Gregorian modes hitherto prevailing in the period. The chat takes place from 11 am and at 18:30 with lunch break. Registration for the Masterclass will until Thursday, 25 April, by e-mail: cultural@rioaliancafrancesa.com.br.

concert program “An evening at the show: paris to the Enlightenment“:

Benoît Dratwicki studied cello, bassoon, chamber music, musical training, analyze, orchestration and music history at the Conservatory of Metz, from which he graduated. At the same time, he first started university studies in Metz and then at the University Paris IV – Sorbonne, where he obtained a master's degree and DEA in musicology. He completed his training in music history classes, music culture and aesthetics of the CNR of Paris and CNSMDP. Specialist French opera of the eighteenth century and the changing styles and lyrical genres between 1750 and 1815, he is the author of several works of research on these issues and defended at the Sorbonne a thesis on François Colin de Blamont (1690-1760).

As part of its activities, he is also active in the field of publishing books and scores. Author of the first biography of the director of the Paris Opera, Antoine Dauvergne, he oversees the room program series or books-records. No CMBV – Baroque Music Center of Versailles, it publishes vocal music scores, including a collection of singing and keyboard.

Between 1996 and 2008 he appeared in concert with L'Astrée ensemble he founded and for which he transcribed books. He continued this practice of transcription for various professional sets (Mass Pontifical of Théodore Dubois for the Brussels Philharmonic, ATIS Piccini or Saphir David para Circle of Harmony).

In 2001, he joined the Baroque Music Center of Versailles as a delegate to artistic relations; in 2006, he became the artistic director who currently holds.

From 2006, he participates in the creation of the Palazzetto Bru-Zane (French Romantic Music Center) in Venice, an institution run by the Bru Foundation. He is the first artistic director (2006-2009) before becoming the artistic director (2010- /) responsible for vocal distribution and implementation of operatic projects.

Invited to seminars, conferences or juries, Benoît is a producer of La Querelle des programs Bouffons and Exit the binoculars on France Musique (2006-2007) presented with his twin brother Alexandre Dratwicki.

About the Director artistic, Laura Ronai

Piper graduated in Bachelor of Music from the UNIRIO Flute and the State University of New York. Obtained master's degree at the City University of New York and a doctorate in Interpretive Practices in UNIRIO. He has taught at the Royal Conservatory of Madrid and, in the United States, at Rutgers and Princeton universities. Visited England, a convite do British Council, and played recitals in the US and Europe. He played in duo with the pianist Ruth Serrao and the harpsichordist Sula Kossatz, who integrates the chamber groups Sine Nomine and Re-Ringtones. Laura Ronai writes for the US magazine Early Music America, Flute Talk e Fanfare, and publishes articles regularly in major music magazines in Brazil. In UNIRIO is responsible for flute chair, in addition to being a professor at the Graduate Program in Music. From 2006 to 2010 was head of the Department of Song and Wind Instruments of the same institution, and is coordinator of the Baroque Orchestra of UNIRIO.

Previous: Bahian food class open course cuisine of the Cultural Foundation of Curitiba
Next: “Social media is a universe of stars seen from Earth where all are equal ", says Fabiano de Abreu