Alliance Française of Rio de Janeiro holds press conference Thursday, day 30, to 11 hours, at the headquarters in botafogo, to submit your new business, partnerships and actions, among them the new teaching method developed exclusively for Brazil that will generate more than 6 million return to its partners. 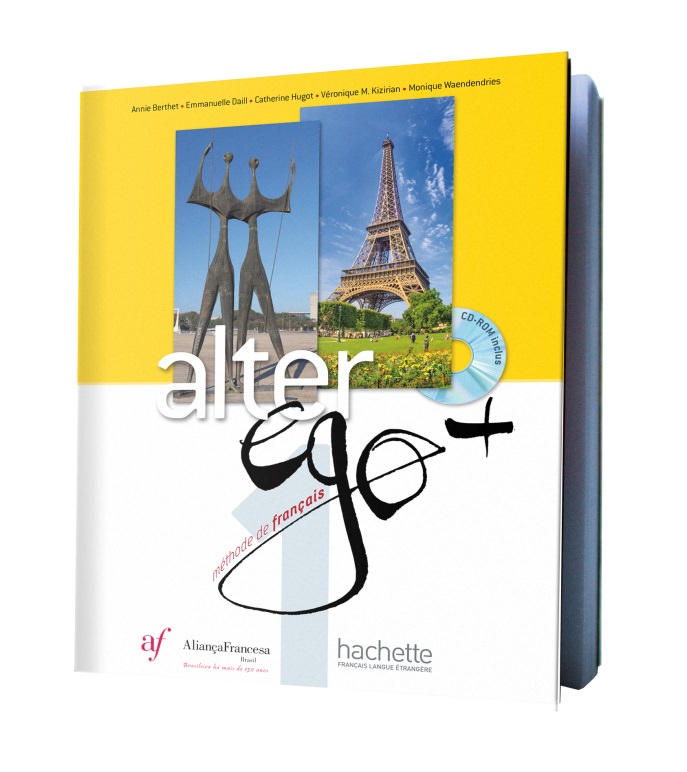 A Alliance Française of Rio de Janeiro, the first in the country, celebrates 130 years in 2015. As part of the actions that mark over a century his presence in Brazil, the institution holds a press conference to talk about the adoption of a new teaching method consecrating the beginning of a partnership with a French publisher, the HACHETTE. From the second half of 2015, more than 40 thousand students and 500 teachers throughout Brazil will use the Alter Ego + (French Alliance Brazil version), which fit the criteria of quality of the common European framework of reference for languages defined by the Council of Europe, There is also a unique notebook developed by a team of pedagogues of the Alliance Française network Brazil working in partnership with the Publisher to address specifically the intercultural issues between France and Brazil in language learning. On occasion, the Deputy Director General Delegation and national pedagogical coordinator, Marie-Noëlle Rodriguez, and the marketing director of the Alliance Française of Rio de Janeiro, Luiz Carvalho, will talk about the process of creating the method, their digital resources and creation of unique content to the Brazilian network in partnership with editora.

The change of method accompanies economic and also opens up possibilities for the rise of professional career. With the growing number of French companies of medium and large companies with representation in the country, the demand for French language courses increased significantly. According to the Chamber of Commerce France-Brazil, are about 890 companies. Only between 2013 and 2015, landed in Brazil approximately 150 organizations with this origin. In numbers, This partnership represents more than R $ 6 million books sold to power all of the Brazilian network.

In the cultural, the institution strengthens its main missions of diffusion of the French language, culture and cultural exchange with the country that hosts through a diversified programming and constant investments in culture. The Alliance Française Gallery of Botafogo, for example, If has adapted to the control of temperature and humidity to ensure the preservation of collections is able to receive international standards shows. The changes were made to its latest show "Pierre Fatumbi Verger River". The exhibition is part of the FotoRio calendar 2015 and it was blockbuster.

The gallery already set today's artists exhibitions as Vincent Rosenblatt, with the show "hit ball – River, secret Carnival ", and Emmanuelle Bernard, with the work "Ginga". Even in the cultural, the commemorative calendar already told this year the French Week event, in partnership with the Chamber of Commerce France-Brazil (CCFB-RJ), where the Alliance Française Botafogo hosted for the first time the majority of events such as lectures, exhibitions, courses, wine tastings and guided tours. And prepares in the second half for the achievement of its two biggest contests: the Festival of French song Award and the Prix Photo Web.

There are now 40 associations and 67 units 19 States, taking Brazil to be the Chief Representative of the Alliance Française outside of France. All this education network, dissemination and cultural exchange participated in the process of changing method. Altogether, evaluation and choice of new material had a duration of one year, brought together teams of specialists of the French language, educators, experimental classes, In addition to a prior thorough research with all the rings installed from North to South to meet the linguistic demands of each region. Never before has an institution, Publishers, teachers, Faculty and students have worked so attuned to the development of the best possible method of teaching a language. The purpose of all this work is to strengthen the teaching resources ensuring a methodology recognised for excellence and State-of-the-art digital facilities. Alter Ego + spécial AF Brésil promotes learning through active approach, shared review and development of student's autonomy, via a digital platform to use complementary to the method.

The Alliance Française of Rio de Janeiro, In addition to the headquarters of General Delegation, exert the role of research in action for all educational projects at the national level and coordinated the process for change of method. The national pedagogical Director, Marie-Noëlle Rodriguez, talks about the first stage of selection: "The first step was to conduct a survey of teachers and pedagogical coordinators of all the rings of the country to understand what are your needs. Then a pilot team formed by Alliances of the river, São Paulo, Brasília and Belo Horizonte to analyze all the books of publishers candidates, in view of the national criteria pre-set ", explains. "This table helped us analyse quantitatively and qualitatively all books according to the needs that we have detected in our opinion poll", complete.

At the end of six months, the pilot team selected two of the four competing books and, including, kept in touch with all the editors passing a selection criteria and, and, giving them the right of reply. In the second half the two books were evaluated in practice through experimental classes. They were created exclusively for test methods for teachers who volunteered and students who enrolled in special ed. The final stage was held in October 2014 in the Pedagogical Coordinators National Internship where the pilot team could present the results of the evaluation of experimental classes as well as give space to representatives of competing publishers to present the features of your respective method.

After the choice of the Publisher HACHETTE with Alter Ego +, already recognized and used in some regions of the world, a negotiation for both your design how much content to be the most exclusive possible for the Brazilian network of the Alliance Française. As well as different cover from other countries, CDs and exercise books celebrating the 130 years of the Alliance's presence in Brazil, its interior also won adaptations.

With specific graphics aspects, the Alterego + spécial AF Brésil There are also numerous digital resources that dialogue with the use of technology as a learning tool. "Alone or in a group, and also with the teacher's guidance the student can make a Parcours digital where extra exercises tailored to the profile of the class or the student can be made at home ", explains the pedagogical Director. The idea of the Parcours digital(the digital path in Portuguese)works on a cloud. Her, the teacher can feed your ' virtual classroom ' with exercises and activities and deepen topics covered in class. The student can continue learning outside the classroom and time. Another novelty is the Project dossier, It has a teaching in which the student is an actor in your own learning according to a current modern language teaching didactics fully strengthened by the regular use of digital interactive whiteboards in classrooms that streamline learning.

Aware that learning also takes place outside the classroom, the Alliance Française offers free to its students Culthurethèque, or virtual library, In addition to learning. The streaming platform gathers several French bases of digital content (e-Books, journals, academic journals, newspapers, movies, interviews, etc..). And also promotes access to original content (as records, in audio or video, conferences and round tables) produced by the Office of the book and Media Library Embassy of France in French Brazil, Headquartered in Rio de Janeiro. A Culthurethèque have varied content working as an extension of the physical media libraries the French Alliances. This is an initiative launched at world level by the Ministry of Foreign Affairs of France to supply their network of centres for the dissemination of French language and culture.

On top of all innovations, the that represents the biggest change is the notebooks developed by a team of pedagogues of the national network of the Alliance Française, working in partnership with the Publisher to address specifically the intercultural issues between France and Brazil in language learning. Such additions will bring current issues to classrooms, providing pleasure in learning French, In addition to enriching the culture of the students. The Phonetics, French cultural habits, topics such as Social responsibility, current policy issues, the environment, of art, tourism and studies in France will be covered in the course. This proposal reiterates the three main missions of the Alliance Française in the world: diffusion of the French language, French-speaking cultures and the cultural exchange with the country that hosts.

Already thinking of 2016, the Alliance Française of Rio de Janeiro is also currently developing a pilot project of new teaching method for children and adolescents increasingly seeking teaching interactively, modern and dynamic. With all this, the Alliance Française, There are Brazilian 130 years, ratifies his virtue to think full-time acting, renewal and modernity of the content for your students.

The French Alliance celebrates 130 years of activities in Brazil 2015. Besides being a reference in the language, she is, no doubt, the most respected institution and known the world, when it comes to the spread of the French language and Francophone cultures. She has, currently, more than 850 establishments in 135 countries, where they study about 500.000 students. In France, it has schools and cultural centers for foreign students. Brazil has the world's largest network of French Alliances with 40 associations and 67 units.

Previous: American Kathryn Dean makes pocket show at the kiosk of the Globe
Next: Drawing – Movement, Step by step 4 of how to draw by Rosângela Vig