Home / Art / Moebius Collective holds extra 'It could be SPAM' session on Sunday, day 27 of June 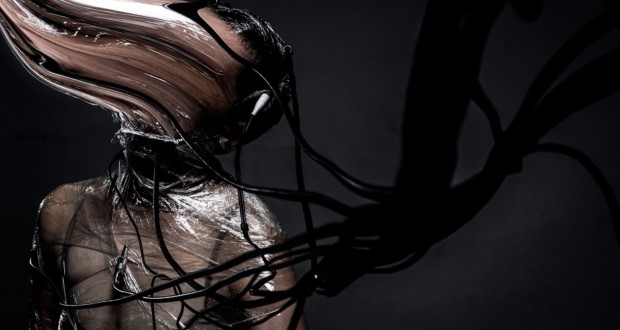 Moebius Collective holds extra 'It could be SPAM' session on Sunday, day 27 of June

Dance show criticizes the uses of technologies on the body, in society and politics, in a pandemic context

A Moebius Collective presents the next day 27 of June, Sunday, to 20h, extra sessionthe show's It could be SPAM, the eighth assembly of the group created in 2014. In scene, cinco performers, cameras, projections, lighting and soundtrack interact and build an aesthetic and political experience with the audience. The transmission is through the collective channel on Youtube.

Adapted to the pandemic context, where social isolation is necessary, the play was built on virtual encounters, realizing the body-space-screen relationship. The show premiered in 11 of June and had three sessions broadcast online on Youtube.

The project started in 2016, when it was awarded in a public notice of the Municipal Fund to Support Artistic and Cultural Production (Fumproarte) from the city of Porto Alegre. Since then, Brazilian society experienced a coup, public university occupations, toxic mud sweeping cities and polluting rivers, forest fires, murders and political arrests, racism crimes, pandemics, fake news and an election won via WhatsApp. “It could be SPAM” assumes its role as a mirror and as a critic of the uses of technologies in the body, in society and politics.

“It could be SPAM” is based on the phenomenon of simultaneity of information, in augmented reality and in the imaginary of dystopias. Reflects on the acceleration of the use of smartphones and technologies that guide the relationship between the flow of information available on virtual networks and the subject's physical interactions in the world.

The design and direction is by the Moebius Collective, with choreographic assistance by Douglas Jung. No list, are Luiza Fischer, Patricia Nardelli, Priya Mariana Konrad, Renata Stein, Sahaj. The soundtrack is by Vitório O. Azevedo, Carol Zimmer lighting, creation of videos by Paula Pinheiro and costumes by Janaína Ferrari. The production is by Ana Paula Reis/Bendita Cultura (Check the complete technical sheet in the "Service").

A practical workshop to introduce movement research and reality production to the general public was also held.. Integrating initiatives will also be carried out especially for students of the Preparatory Dance School (EPD) of the municipality, are they: a practical workshop, as well as a show session and a chat with the participation of the members of the Moebius Collective.

About the Moebius Collective:

And if front and back could be seen at the same time? What if inside and outside met in continuity? What if the things that are seen as opposite were actually part of an indistinct whole? Appropriating the concept contained in the Moebius tape, the Moebius Collective seeks to break these dichotomies by operating, just like the tape, a subversion in the common space of representation.

The Collective appears in 2014, composed of dancers of different techniques, actors and artists, proposing to make diversity its power. Continuing the work started in the Experimental Dance Group of Porto Alegre (GED) in the year 2013, the Collective continues researching body and movement and exploring the language of contemporary dance to build its own vocabulary and experiences in art.

So you wake up after thousands of years of waiting under the ice and return to a world you no longer know. a virus, to spam, a message: the blurred border between communication and advertising, between desire and the rawness of reality. It is necessary to choose which truths to feed on when the ground we walk on is not enough to generate a common world experience. In the showcase of contemporaneity, each body, each subjectivity is content to be shared in an algorithmic battle for visibility.