Home / Highlights / With only 9 years old, woman joins select group of the most intelligent people in the world

Little Laura Büchele surprised her family and school with her intelligence, becoming a member of the oldest society of people with high intelligence in the world.

That every child needs the support of family and school to develop their intelligence, this is no secret to anyone. However, a very rare and rare IQ test showed that little Laura Büchele, only 9 years old, has amazing potential. With his great intellectual capacity, she became a member of the oldest and most respected society of highly intelligent people in the world, and MENSA.

The move to the United States, made three years ago, was to provide better living conditions for the daughters, tell the mother, Bruna Büchele. Before embarking for a new country, the mother says that little Laura started studying English in kindergarten. When you get there, just six years old, the daughter has arrived showing good results at school: “They said that she could repeat the first year, but, since she started, was amazing! She understood 100% from classes, both writing and reading, and even read books in English”, comments.

The ease of adaptation was only the first moment when the mother and the school got to know Laura's skills: “The teacher called us and said that she had an extraordinary ability to learn. Laura was literate in Portuguese and the English course, in the little school she attended in Brazil, it was basic. But the immersion in the American school was very fast. She started to stand out and ended everything first ”.

After doing a first IQ test, the result drew attention. Laura scored a 139, at the age of 7 years old. To encourage the daughter to develop her skills, Bruna put her daughter and various activities: “She started taking piano lessons, and just take a song just by listening. Also asked to learn French, and the ease with which he learned was noticeable ”. 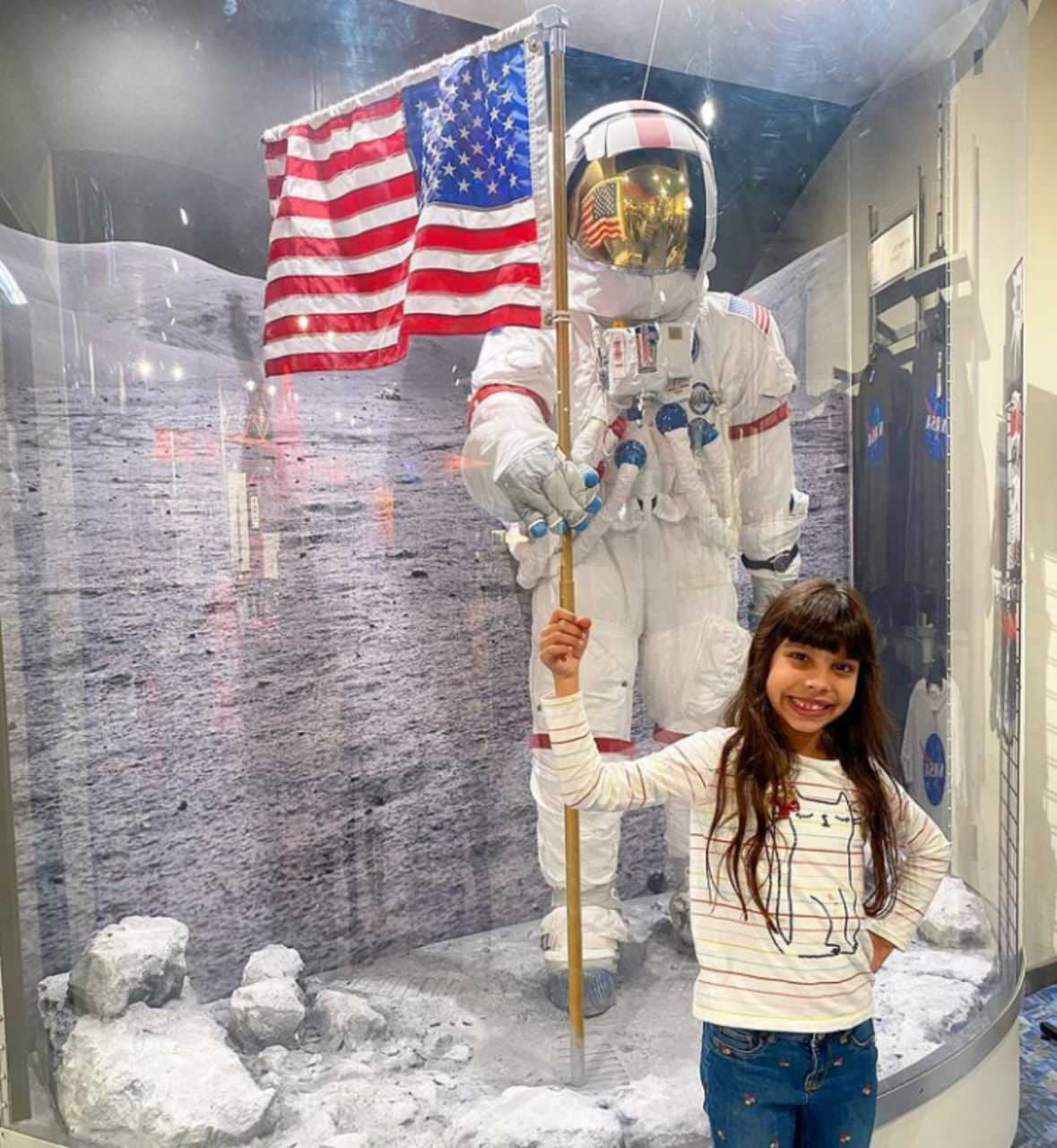 After participating in the school championships and taking a very difficult test to join MENSA, which is the most respected and oldest society of people with high intelligence in the world, one more victory: Laura, at the age of 9 years old, got approval, and became part of this very restricted group.

The mother details how is the day to day of this remarkable girl: “Laura is a book fanatic, reads one or two every week. Do complex head calculations. Her grades are amazing. She is in fourth grade, but, according to teachers, your reading is equivalent to that of a seventh year student. All tests she did for math and English are equivalent to the sixth year. And it’s very likely that when you get to high school, she can skip steps. For a while, they consider it important for her to finish elementary school. But the teacher already lets her pick up seventh year books when there's a little time left”, confirms.

The mother, Bruna Büchele, remember that Laura is a child who likes to interact with everyone around her and loves to play. "Perhaps, therefore, have not suffered from bullying ”, explains. However, she likes to learn in her own way: “She is resistant and we already understand that she has a different way of learning. She really likes to follow a schedule, then, we created calendars with schedules and it has worked well so”.

Even with such intelligence, the family wants Laura to make the most of every moment of her childhood. According to the mother, “I want her to have a happy childhood and live this moment that is unique in life. We want her to play with friends on the street, but without wasting the gift she has. She has even suggested ways to fight the coronavirus. We have to give this space for her to continue creating and explore all the things she wants”.

Despite being living in the United States, the mother believes that if it were in Brazil, maybe the daughter would not have the potential discovered. “Most likely, if we were in Brazil, she would not have received all this guidance and encouragement at school. I know that in our country there are children who stand out, but, and often, receive no guidance or are not identified. Like Laura, there must be many others out there that, if they were guided, would be little geniuses inventing various things to improve and make our lives easier”, complete.

Another Brazilian who is part of this association is the neuroscientist, philosopher and psychoanalyst Fabiano de Abreu. He reinforces that the identification of this degree of intelligence, like no case of Laura, will be important to define the girl's future: “When the child and the family are aware of the skills, you can use that to your advantage in development and become a differentiated adult ”.

according to Abreu, "eyes" are still lacking in our society, that determine the capacity of people and their use in a way that they feel happy and comfortable. Mensa is an association that gives the opportunity not only to be evaluated, but also interact with people with similar characteristics. This is good since, the greatest difficulty in a gifted person is to be understood ”, ends.