Home / Art / With programming 100% virtual, Rolé Carioca heads towards the neighborhoods of the Leopoldina region in October 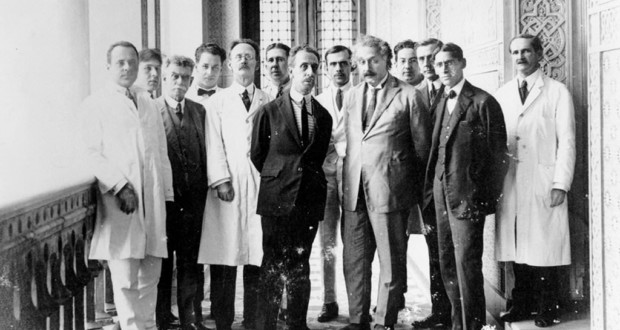 With programming 100% virtual, Rolé Carioca heads towards the neighborhoods of the Leopoldina region in October

To imposing – and unfortunately today poorly maintained – Leopoldina Station is the starting point of this second Rolé Carioca virtual tour in 2020 who, after addressing Rio de Janeiro's relationship with the sea in September, crosses the city and now runs through neighborhoods connected by the train station opened in 1926 and which received the name of the Empress.

The tour heads towards the Moorish-style castle that houses the Oswaldo Cruz Foundation (Wire), cutting edge scientific institution, originally opened to manufacture serums and vaccines against bubonic plague, and that today is a reference in research for vaccine against covid-19.

The script, guided by teachers and historians William Martins and Roberta Baltar, follows the iconic Brasil Avenue, main road access to the city of Rio de Janeiro, connecting the city center to the North and West. Inaugurated in 1946, Avenida Brasil is a symbol of the city's expansion into the suburbs, with the inauguration of industries and the migration of part of the population that lived in the central zone to the region.

Direct fruit of this movement, a Maré - neighborhood formed by 16 shanty towns – is the next stop on the script. Originally a fishermen's colony, Maré is today one of the largest groups of slums in the country, with 140 thousand residents, and known for its “stilts and trapiches”, sung in the song Alagados, from the Paralamas do Sucesso group. It is in Maré that several points of the tour are located, including Piscinão de Ramos - a salt water pool, which brings together thousands of bathers on weekends.

The route goes through the neighborhoods of Ramos - headquarters of the samba school Imperatriz Leopoldinense – and Pottery, birthplace of the traditional Cacique de Ramos block, one of the most popular symbols of Rio Carnival, crowning the guided tour through the suburbs of Leopoldina - region formed by the Bonsucesso neighborhoods, Brás de Pina, Cordovil, Manguinhos, Pottery, Lucas Parade, Penha, Penha Circular, Vila da Penha, Ramos and Vicar General. 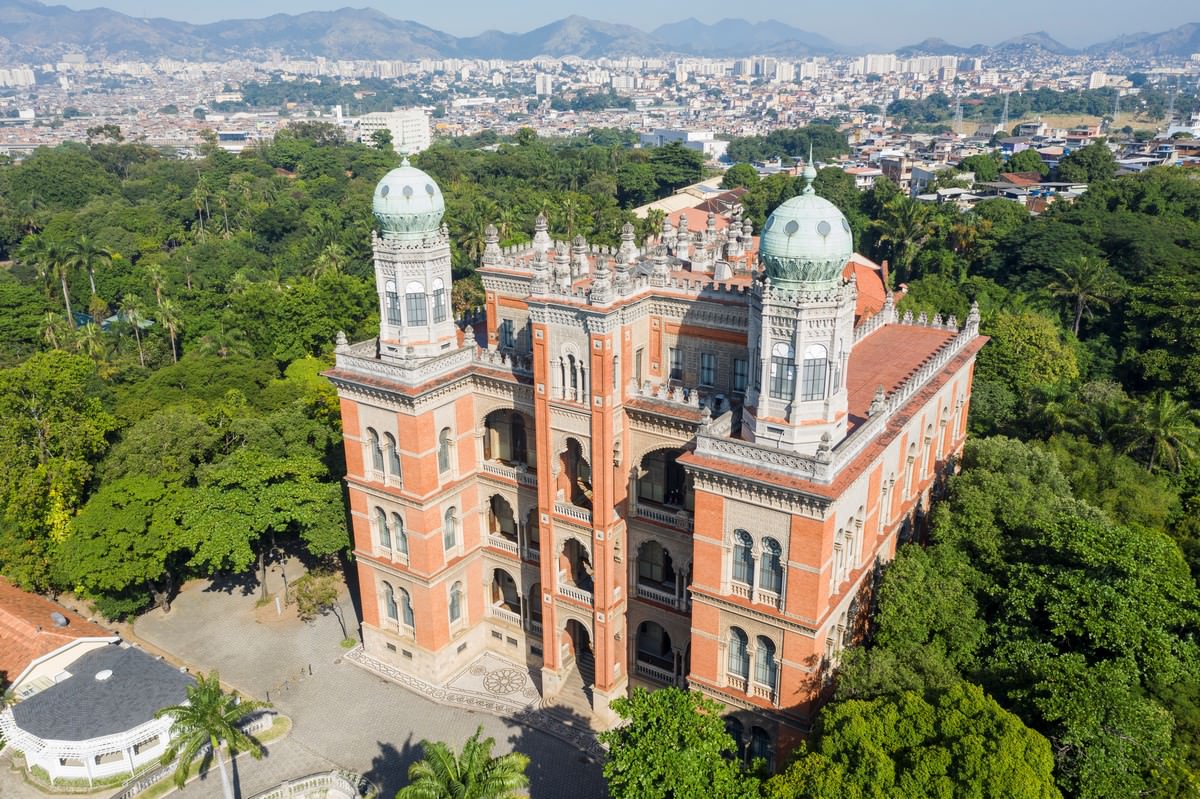 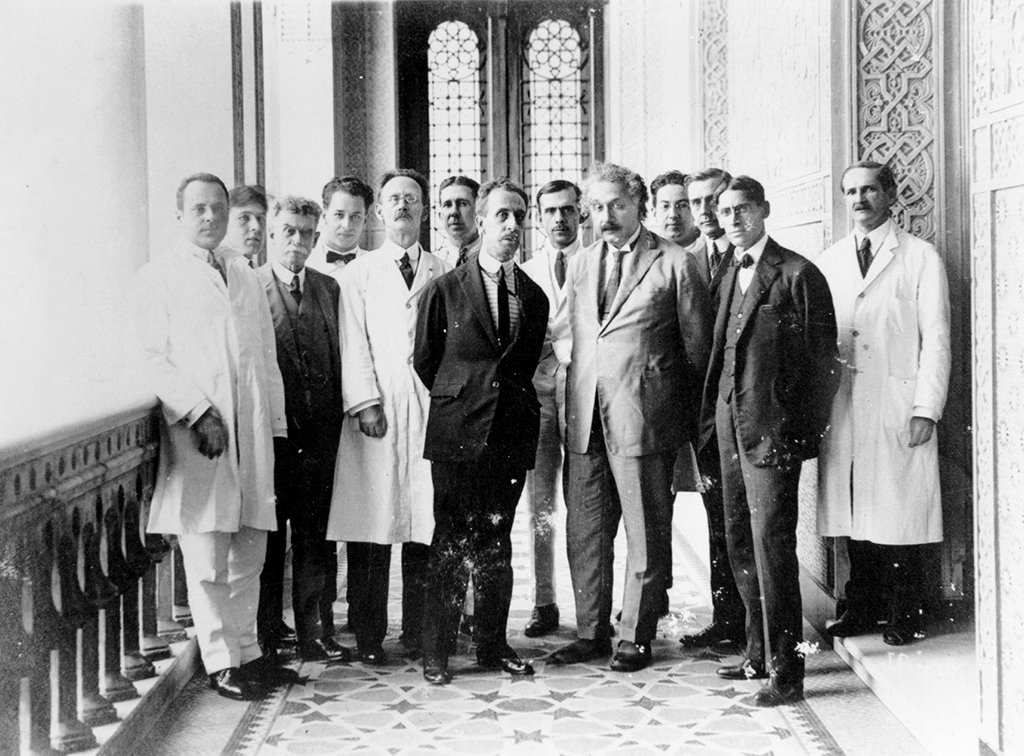 Aerial images made by drone, digital maps and archival images give rise to new material, an immersive visualization presented at an exclusive event. Characters are added to city images, historical events and curiosities addressing the relationship between people and urban space over the years.

Rolé na Rede, edition of Rolé Carioca in 2020, is a flight over the city from one of its greatest symbols, the Guanabara Bay. If on the first walk we went towards the part of the coast that gave Rio an identity as a tropical resort, the second virtual tour goes towards the other side: where landings around the bay no longer resemble beach culture, but it is a symbol of the growth of the Carioca suburb, also the city's identity icon. The next tours cross the Atlantic to talk a little about the Rio de Janeiro identity layer formed by the exchange with the African continent and with Portugal.

The new format guarantees, as in the face-to-face events of Rolé Carioca, a relaxed class, with emphasis on information that goes beyond history and covering affective layers of the relationship with the city.

The virtual tour “Towards the suburb of Leopoldina” takes place on the day 11 October, to 10 hours in the morning on the Zoom platform and also broadcast on the project's social networks. And, how could not be missing in this year of pandemic and lives in the networks, Rolé will also promote interviews and its already traditional “mini-classes”, always disclosed in advance on Rolé profiles. In them, historian Willian Martins anticipates historical facts and curiosities about the script, preparing virtual travelers for a more complete experience during the tour. 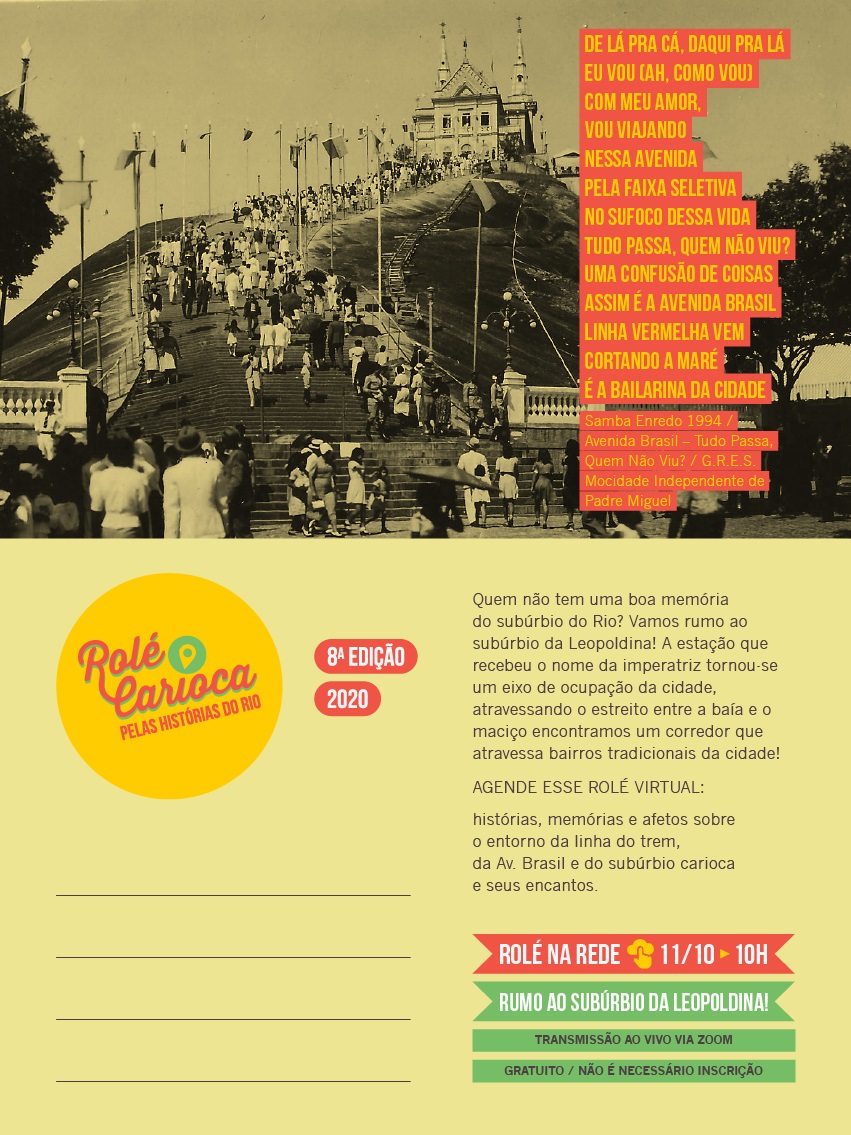 Multiplatform project that has already visited different itineraries in person, gathering on their tours more than 20 thousand people and covering more than 200 kilometers through the streets of Rio de Janeiro since 2013, Rolé Carioca reaches 2020 with programming 100% virtual.

or portal www.rolecarioca.com.br functions as a digital hub and gathers information, curiosities, characters and the story of about 50 different routes, totaling more than 450 historical points of interest, cultural and affective mapped over the seven years of the project.

With almost 40 thousand followers on your social networks (Instagram, Facebook e YouTube), Rolé Carioca was one of the winners of 2019 Rodrigo de Melo Franco award, granted by IPHAN to initiatives for the preservation and dissemination of historical and cultural heritage.

Rolé Carioca is sponsored by Estacio and the National Electric System Operator (U.S), co-sponsorship of First RH Group and Shift Management Services and support from Lecca and the City of Rio de Janeiro.