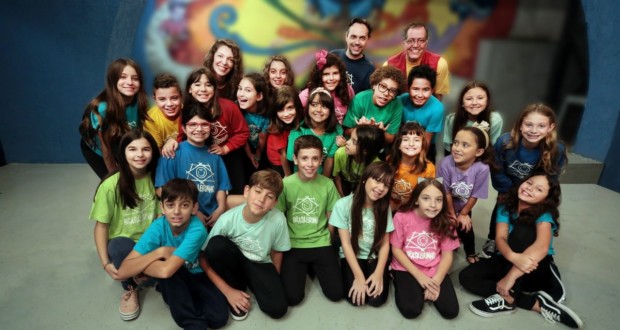 From child to child, the scenic-musical spectacle Coral Brasileirinho will present stories and customs of the country in shows that take place over the weekend, Saturday (23/11) e domingo (24/11), às 17h, Teatro Guairinha. With songs that revive traditions, the nature and characters of Brazil, 20 children of 8 to 13 years, unite on stage and provide a musical journey under the stage direction of Milton Karam and Helena Bel musical direction.

The show is a revival of a production 2009, revisiting several songs performed that year and including other unpublished in the group's repertoire. "It's a homage to the backwoods of Brazil, Women and men of the field, of indigenous peoples, the Brazil of religiosity, the legends and accents ", Milton explained Karam.

The repertoire developed within the theme has 13 songs, among them are Life Traveler's Luiz Gonzaga and Herve Cordovil, Procession of Gilberto Gil, Vatapd Dorival Caymmi, Sings of Brazil Alcyr Red Pires and David Nasser and Drift Tom Jobim and Luiz Bonfa.

Day 7 October 1993, right in downtown Curitiba, more precisely on the 3rd floor of the newly created Brazilian Popular Music Conservatory of Curitiba for the first time echoed the voices of Coral Brasileirinho, designed to work the Brazilian song with children 8 to 13 years, on a proposal that develops both vocal expressiveness as the scenic interpretation of group.

To support this Brasileirinho the scenic-musical proposal shows are designed with specific themes, which guide the definition of the plot and the repertoire, that translate into engaging presentations, for its dynamic music and movement, allied arrangements, props, scenery and lighting elements, created specifically for the shows.