Piece of cinema theater idealized by director Fernando Philbert, from the work of Matéi Visniec, opens nationwide on the day 20 February, with free tickets and internet transmission.

“Let's wake up and really open our eyes to the world. And what we will see on that day then? Who knows?”
Matéi Visniec

The passage above is a kind of synthesis of the crossing of four short pieces by Matéi Visniec that, according to director Fernando Philbert, draw a cartography of the souls of people who are living today. The director seeks with this filmed play, in his words thought to be seen through the prism of a camera lens, to strengthen the freedom of the theater in which you believe, a live theater from here and now. Since the idealization of the Philbert project, he considered the possibility of the theaters still being closed at the time of the realization and thus filming the play in the studio, an incursion into this new invention which is the cinema theater or cinema of the poetics of the scene, how he defined. This choice was due to chance, the chance of closed theaters, of audiences without an audience. Thus, the director added the creative team to a cinematographer and started production of the footage in the FlocksTV studio, a content producer for the internet.

- When I think of a show that talks about the world NOW, of this contemporary loneliness and mismatch, Matéi Visniec is the author who first comes to mind. Beware of needy and lonely old ladies is a small earthquake that shakes us, shaking and waking us up, because maybe we’re all asleep and we need to wake up and look at what this world really is and what we’re really doing in it and for it -, comments director Fernando Philbert.

For this stage Philbert selected four short pieces by Matéi Visniec that, according to him, their strength is less in what happens and more in how it happens, in what is said, in the provoked thoughts. The plays are staged in sequence with a cross between them.

The first piece, "Think you are God", it's about a sniper teaching his “job” to a young man from 17 years enough to also become a sniper in a civil war within the city itself against people who they believe are robbing the country. In the second piece, “Watch out for needy and lonely old ladies”, the anchor of a successful thirty-year program, addresses the public to teach them, in case you are ever in shit, the best way to ask for alms. The third piece, “A long coffee, some separated milk and a glass of water ”, is the meeting between a customer and a waitress in a cafe after this customer has been in a coma for a long time and even she, the waitress may also have been in a coma, a poetic encounter to observe life and silence. In the fourth piece, “The bill paying machine”, the same waitress, in the empty cafe completely, still speaks and relates to the many customers who have been or are there.

- It is very challenging and stimulating, in all aspects of theatrical production - acting, scene creation, images, ambience, costumes… It is a modern theater, poetic, powerful, very simple and complex at the same time, extremely rich in symbols and meanings. Matéi has a very vast and very diverse work, each of its pieces is unique, but in all of his work the humanity of the characters, in all its complexity, makes himself present. And bring that humanity to the scene, it looks simple, but it is the challenge -, comments the actress Ester Jablonski.

“Watch out for needy and lonely old ladies” lasts approximately 40 minutes and is watched by Facebook and YouTube, in the period of 20 of February to 27 April. The presentations will be on Saturdays, Mondays and Tuesdays, at 9:00 pm, and on Sundays, at 19h, with free tickets and Libras interpreter. 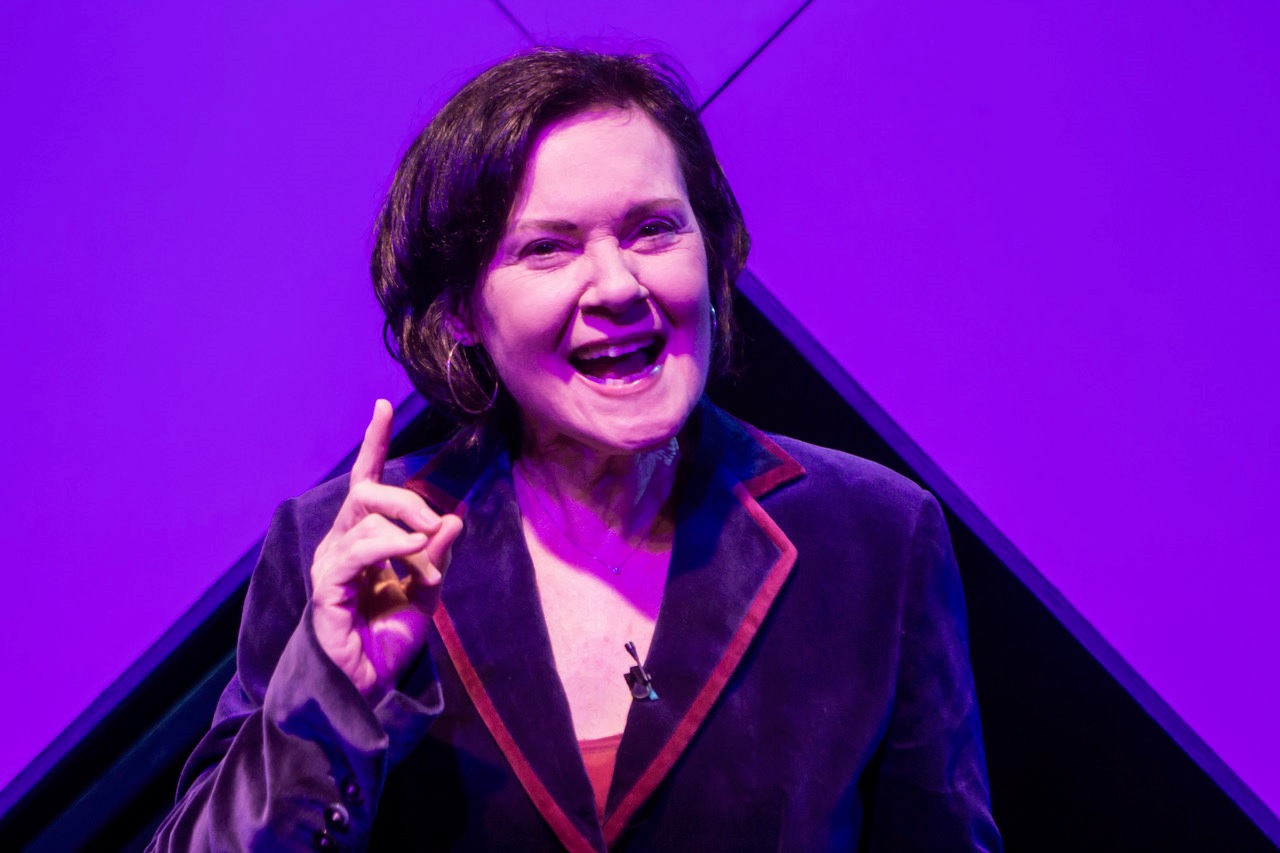 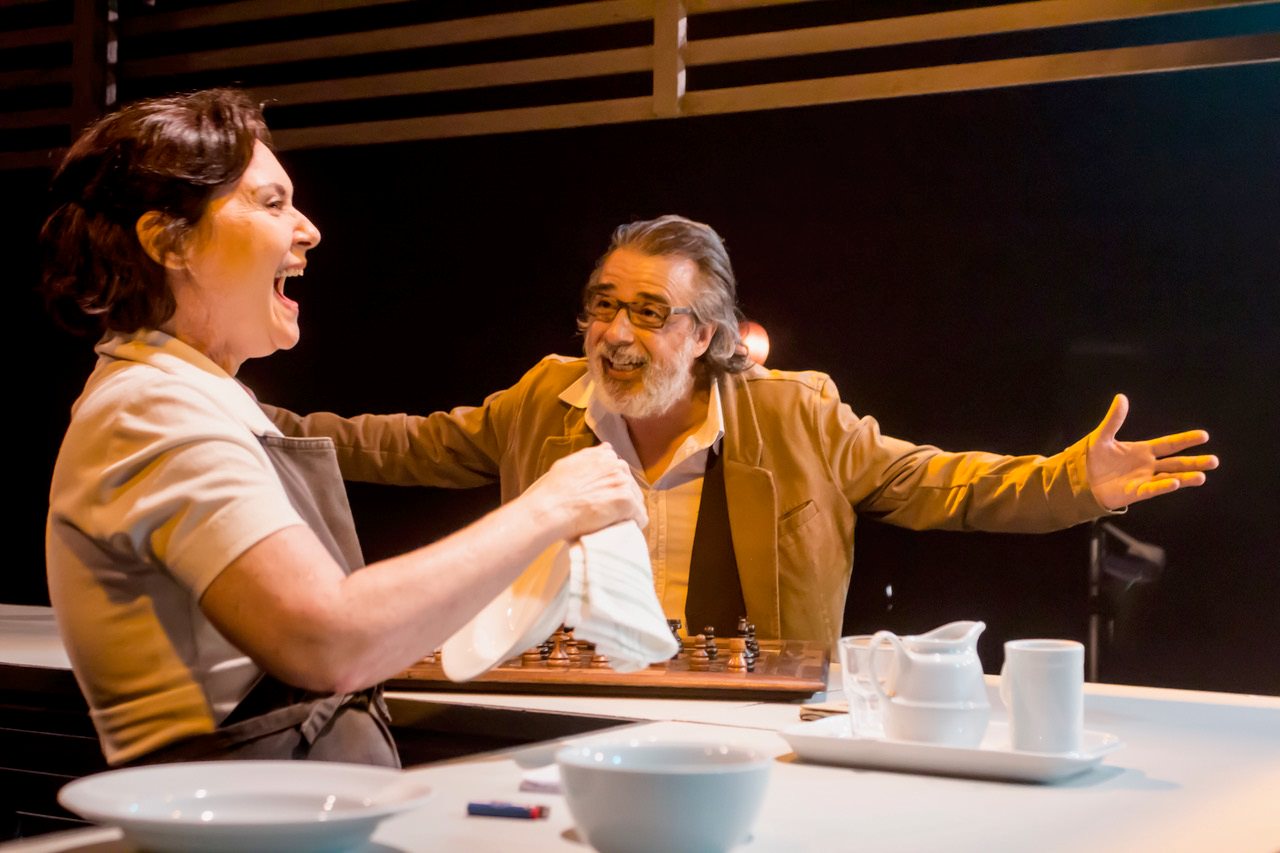 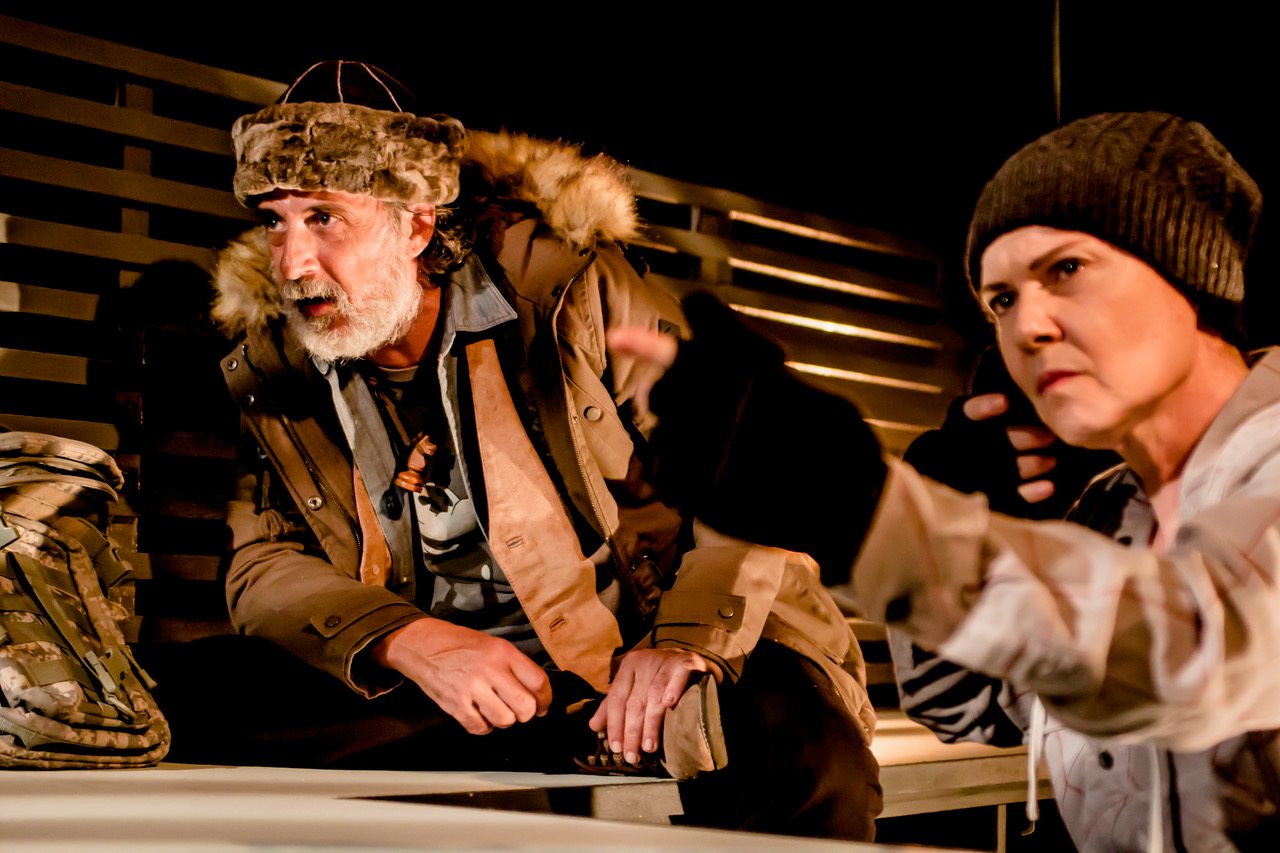 Born in Romania, Eastern Europe, in 1956, Matéi lived the Ceausescu dictatorship, had censored works, met closely and suffered an exception regime. In 1987, upon receiving an invitation from France for a literary activity, applied for and obtained political asylum, and, since then, are french citizens, working as a journalist at Radio France Internationale. Recently received the French National Order of Merit, a recognition of the importance of his work. Today his pieces are edited, translated and assembled in more than twenty countries. He is an author whose work has a strong political commitment.

“I found out when I came to live in the West, that people can be manipulated even in a free and democratic society and that it can be done in the name of freedom and democracy. I discovered that the struggle for power can become a grotesque spectacle, that demagogy has subtleties that can easily be confused with philosophical reflection; and, which is even more serious, demagogy matches very well with the powers of the media. I discovered that freedom can have a wild side, that information can kill communication, that nothing is ever definitively acquired and that human beings must always fight for their rights, to preserve their freedom threatened by the effects of freedom. I think the theater can and should talk about it, speak of the multiple paradoxes of industrial society, modern and democratic. Civilized society, evolved, it is not protected from the numerous obscure powers that surround it, that dehumanize it. ” (Matéi Visniec)

Previous: Architect brings psychology and biophilia to the apartment project of the singer of the band Maneva
Next: Opening of the exhibition “Light in Brazil” by Belgian artist Françoise Schein with urban panels inspired by human rights