In an atmosphere of revelry, the Art Museum of the river-SEA, under the Institute's management Odeon, and the artist Maxwell Alexander held next Tuesday, day 4 February, intervention "Discoloration Global Pre Carnival". The action is part of the parallel program of the exhibition "Pardo's Paper", Rio individual young painter showing at MAR until May.

"I paint the hair blond since 2013. As a child already wanted discolor, because it is a strong culture in favela, but my mother never left, He spoke it was bum thing. This has changed a lot when celebrities from around the world have adopted this style. After they took this aesthetic fashion quickly absorbed and became common practice in the slums of Rio de Janeiro, especially before festive days, such as Carnival and New Year ", Maxwell account. Figures platinum hair are recurrent in the artist's paintings born and raised in Rocinha.

For intervention on Tuesday Maxwell invited community barbershop for free discolor your public hair. A plastic pool 3 one thousand liters is also mounted in the SEA stilts for visitors who want to cool. Held twice by the artist - in 2018, in front of the gallery A Gentil Carioca, and end of 2019, in Rocinha - the "Global discoloration" is also a commentary of freedom, a statement of defiance and empowerment against any discrete structure and indiscreet black body trapping. 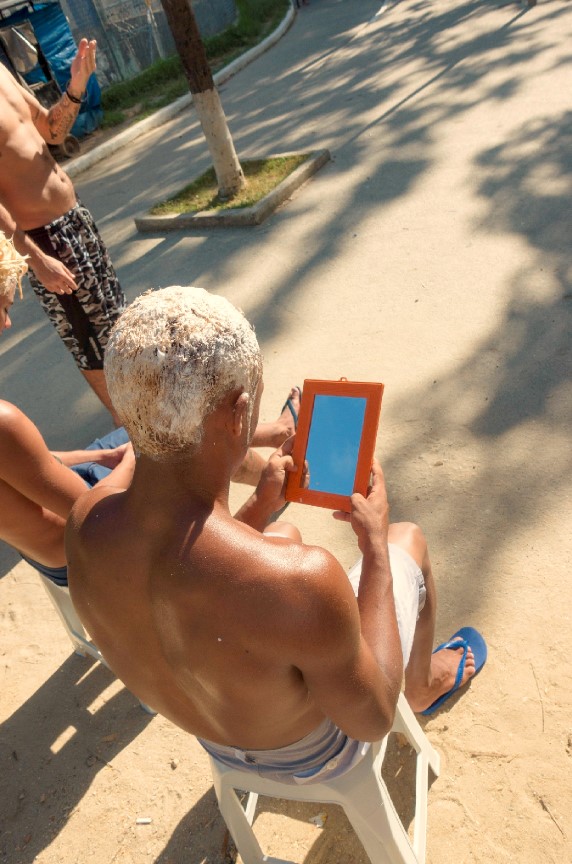