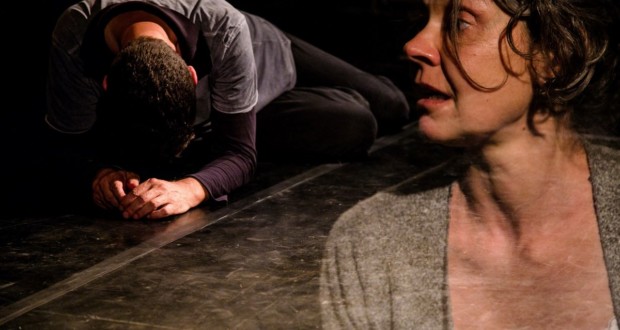 With text and design collective, minimalist spectacle promotes an emotional connection with viewers

In times such immediacy, that value disposable instant, 'Vagaluz' proposes a dip in the memory universe. With debut scheduled for 6 February, at 9:30 pm, no Scenic space SESC Pompeia, the piece follows in season until March 1, with sessions on Thursdays, Fridays and Saturdays, at 9:30 pm, and on Sundays, às 18h30.

in the assembly, a couple of actors recalls fragments of life that now appear to have been experienced, now heard of who lived or even an invented memory. These memories make a scene, resembling our acts of thinking and feeling, arising randomly, often through connections nonlinear space-time, as reverberations of what happens inside and outside of us.

"These are small pieces of memories, Maybe… nor were narrated, but… who, for some reason, they were saved. This common memory makes people (watching) invoke and strolling by his own memories ", Lydia account. Thus, the viewer completes the drama created in partnership by the actors and the director. "The story told… or… the stories only make sense to the stories of those who watch "amendment Edgar.

The director antônio januzelli (Jano), more delicate and painstaking directorial effort, focuses on performance: an actor and an actress in the scene game, in search of an original memory. It is man-actor / woman-actress-undoing what is not necessary, to reach its scenic essence - the original memory itself.

Thus, all elements “Vagaluz” They are at the service of performance. A minimalist setting, contains only two chairs, a basic wardrobe which refers to dress rehearsal and a simple light only to welcome the memories and AMBIENTA them. And the performers alternate in different soils, keeping constantly connected and the imaginary composition accomplice.

The construction of this work was instigated by a loss in the family of actors, followed by the questioning of children heard only as an explanation silence. Breaking increasingly constant silence brought grief and then dig pains… and, finally, the search for what remains: the memories. "So, It appeared a "Vagaluz 'in the guide", says the actress. 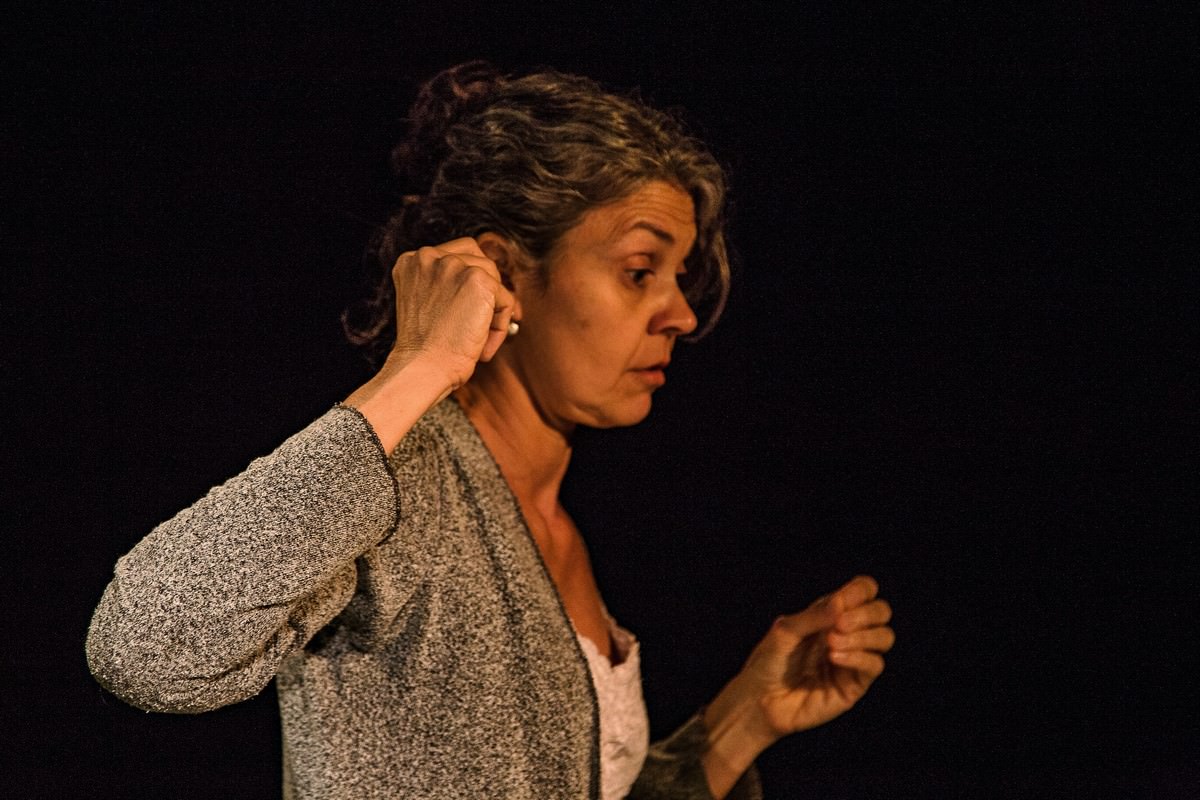 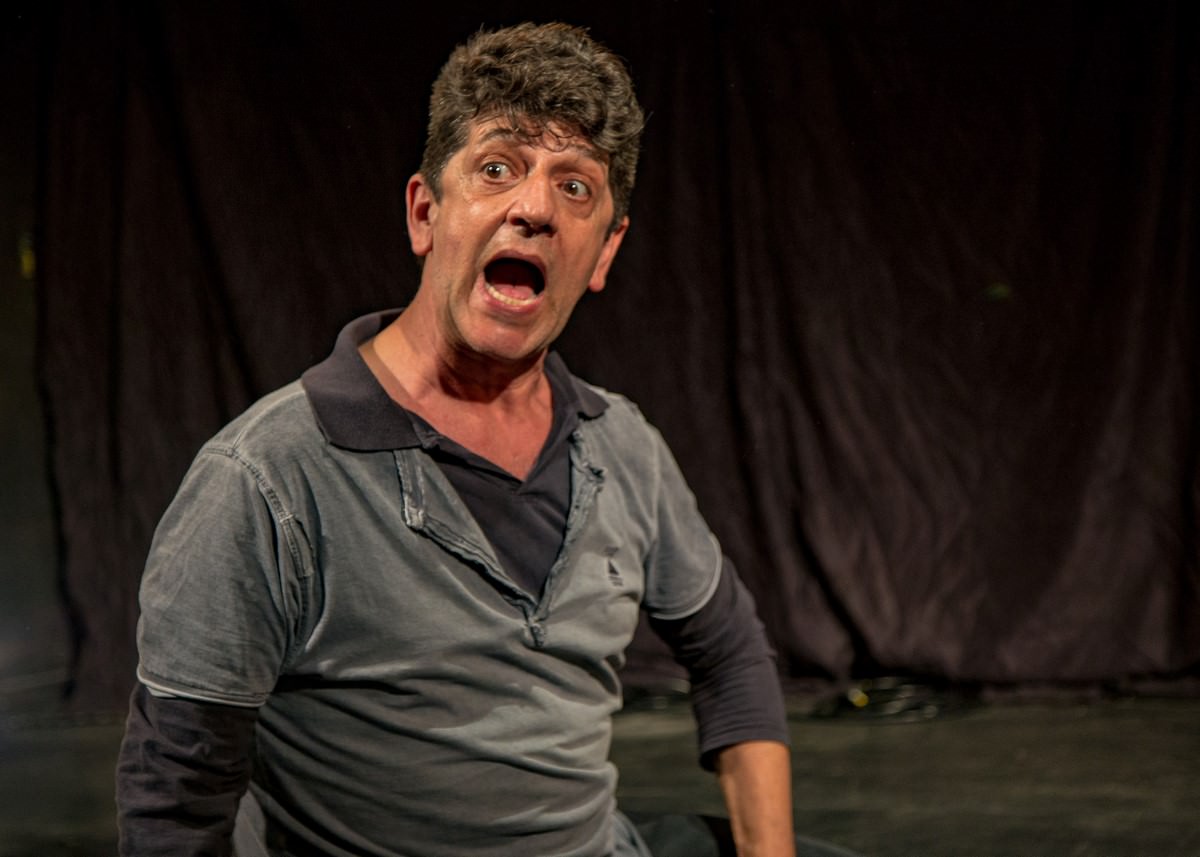 Director, actor, professor and researcher of the actor's practices. Bachelor of Law and PUCAMP degree in Performing Arts from ECA-USP and the School of Dramatic Art - EAD / ECA / USP. He masters and doctoral ECA USP. He is a professor of the Department of Performing Arts at ECA-USP since 1977. He was a professor of EAD between 1977 and 2002. He is the author of "The Actor Learning" published by the publishing house Attica. He directed and acted in several productions in Brazil. It is a member of the creative core of the Company Simple Theater and director of "If I were me". He also directed the monologues "The Time and Time" and "The Pig", show nominated for the best actor award Shell. He was ACE Journal editorial board member, Journal's editorial board member of LUME-Unicamp and representative of the Department of Performing Arts in AIEST (Ibero American Association of Schools of Theater).

He started in theater 1980 with Jamil Days, in "Do Chest fund". This meeting resulted in other works: "Exercise of the Passion"; "Guaiú, Opera of the Ants "; and "Why Thoughts, Words and Acts ". After, also worked with José Rubens Siqueira; with Mario Mazetti, the first production of "Playhouse"; and John Albano, in "Sex and Chocolate Zambelê". In moving the CPT, with Antunes Filho, takes taste for the group and research theater. But it was with its entry into the Fraternal Cia Arts and Malasartes who can devote more fully to the scenic search. Directed by Ednaldo freire and dramaturgy of Luis Alberto de Abreu, from 1998 to 2013, held various jobs with highlights of the theatrical setting: "Mares", "To Eulenspigel", "Masteclé - The Comedy General Treaty", "Auto Passion and Joy", "Borandá - Self Migrants", "Memory of Things", "Sacred Folia" and "The Three Graces".

The actress, storyteller and journalist began in the performing arts in Theater Research Center, with Antunes Filho, in 1985. Over the years, interspersed performance in assembly and training and research studies with dance studies and body awareness and scenic, voice and singing investigations. Among the professionals related to their doings and theater are pensares: Antunes Filho, Roberto Cordovani, Bru Palmieri, Cristina Calazans, Cristiane Paoli Quito, Alex Ratton, Andrea Kaiser, Antônio januzelli and Juliana Sanches.

In recent years, He devoted mainly to the art of storytelling participating in projects and events related to culture and education departments and in general education, such as: Literary travel, Theatrical circuit, Art Festival of Storytelling, Festival Mantiqueira, Map of public libraries and teacher training programs, guiding them about the use of stories as a tool in the educational process, in higher education institutions, Sescoop and SESC.

A couple chronicles and makes present small fragments of stories and situations - moments experienced or heard of who lived. Are events of the past that, far made large, They might be considered trivial or no importance. What it was, God knows why, but it's there and, somehow, fills. Thus, It will be weaving a path for investigation of memory and forgetting. What we keep lifelong? Since the memory crumbles?