Home / Art / In theaters in SP Theater School, pop instagramável comedy 'It Between Us' has translated into Pounds session on 9 November 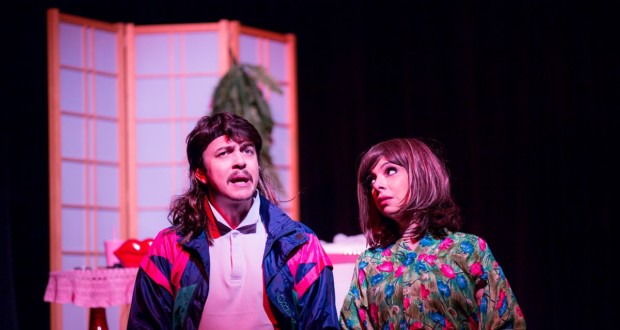 In theaters in SP Theater School, pop instagramável comedy 'It Between Us' has translated into Pounds session on 9 November

Directed by Mauro Baptista Vedia, show has visagism of drag Paulette Pink and brings in the cast Juliana Ferreira, Luciana Severi and Felipe de Paula. Stalls can take pictures in this environment after the session

Freely inspired by the text "From Alma Washed", Sergio Roveri, the dramatic comedy pop "It Between Us", directed by Mauro Baptista Vedia, It has a special session translated into Pounds (Brazilian Sign Language) on 9 November, at 9:00 pm. The show goes on display in the SP Drama School - Hilda Hilst room to 25 November, with sessions on Fridays, Saturdays and Mondays, at 9:00 pm, and on Sundays, at 19h.

With references to pop universe, workpiece CLA. cashew Blue tells an unusual and transcendent experience of an ordinary woman who lives alone, which forces her to confront a series of questions about life lived up there. While taking a relaxing bubble bath, Simone accidentally drops the hair dryer in the bathtub and take a shock that lets terminally ill. Just then, the soul of the protagonist wins voice, own life and personality and completely different from what was his mistress.

As Simone has not died, Your soul can not go alone for a next incarnation, therefore, they are forced to live. The soul, which was often ignored, makes a number of existential questions about the way of life of its owner. This, on the other hand, realizes that what she believed to have a great glamor, indeed, only imprisoned and eventually rediscovering your true self.

The play deals with themes such as the search for the meaning of life, the fragility of human existence, dreams and disappointments, conformity and disenchantment that come with age and impending death. "More than topics that always interest me are forms. We create a kind of pop spiritualist comedy, it fascinates me because we try to create a new format and we want to know what will be the public response to this piece so vital, mixing things that are not supposed to be mixed ", He adds the director Mauro Baptista Vedia.

The part of the scenario reproduces the different rooms of the apartment Simone, each with a different color, and the audience is accommodated in the middle of this space. The setting recalls the films of Spanish director Pedro Almodovar year 1980. decorative colored objects - lamps, flowers, chairs, old fridge, bathtub, soap bubbles, armchairs etc.. - they are spread across these environments and create atmosphere pop, kitsch e instagramável. Viewers can take pictures in this space at the end of each presentation.

A woman suffers a domestic accident and is confronted with the very soul. The meeting between the two raises questions about his life and Ratings, including the relationship with a man who finds his soul bland and mediocre. funny situations and existential reflections punctuate the narrative of this pop spiritualist comedy drama, with instagramável scenario.