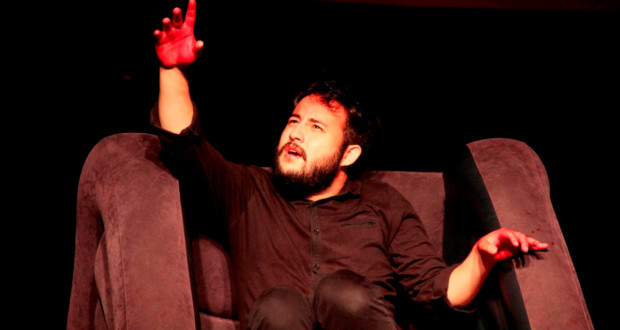 In addition to signing the text and the direction, the artist plays the protagonist Bete in the montage, that completes seven years of road in 2021 and tells the story of the emotional reunion of two sisters estranged by the uncertain directions of destiny.

Freely inspired by the classic film “What will have happened to Baby Jane?” (1962), the work is a kind of scenic reading. Every session, Homero Ferreira receives a guest artist to embody Joana, Bete's twin sister. And, in this game, guest and audience move on the border between dramatic reading and staging.

This week's guests, in chronological order, are: Tauã Teixeira, performer and writer who works between the countryside and the capital of São Paulo; Paulo Merísio, professor of the Theater Course and the Postgraduate Programs in Performing Arts and in Teaching of Performing Arts at the Federal University of the State of Rio de Janeiro, and Daniel Veiga, playwright, screenwriter and actor, currently professor in the Dramaturgy course at SP Escola de Teatro.

In addition to the presentations, on Saturday, journalist Graziela Nunes does the interview “Longos Anos na dentro”, in retrospect on the show, with Homero Ferreira, in a live at 4:30 pm, profile no @homeroeu.

The online season is carried out through the ProAC Expresso LAB Edital 36/2020, “Theater Show Production and Season with Online Presentation”, Secretary of Culture and Creative Economy of the State Government.

This is the story of an emotional reunion of two sisters who were separated by the uncertain directions of destiny. To Bete, the return of his twin sister, Joana, has a liberating meaning. She stayed with her grandmother while Joana was on a brilliant life path. What Bete wants most, now that your grandmother is gone and your sister is back, is to carry out the plans he made during the whole period he stayed in the old house from before and always. The other, for your turn, just wants to undo the misunderstandings of time and, finally, to be able to say what he understands as his own truth. Every session, Homero Ferreira receives a guest actor who reads the character Joana.

Previous: OUR VOICE LAUNCHES EDITION 1021
Next: “Interview with Marie-Louise Plum”, by: Juliana Vannucchi 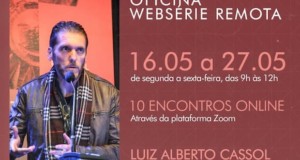 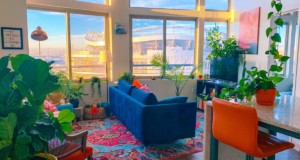