Book and exhibition in Margs recover the graphics memory of the old globe Bookstore,
from the production of artists illustrators who worked on the design of the Publisher

Follows to visitors until 21 August exposure Modernity – artists illustrators PRINTED globe Bookstore-Porto Alegre, the result of the research and the book of the same name (Ed. UFRGS, 656 PGS., R$ 180,00), authored by journalist and art historian Paula Ramos. The event takes place in the pinacoteca of Margs. Contemplated by public notice Petrobras Cultural 2012 -Memory of the arts, the work's sponsorship of Petrobras.

The show includes screens and images of the main artists illustrators in the bookstore of the globe along the first half of the 20th century: João Fahrion, Edgar Koetz, Nelson Boeira Faedrich, Sotero Cosme, João Do Viana, John Mottini, Gaston Hofstaetter, Roswitha Wingen-Bitterlich, Victorinus Gheno and Ernst Zeuner. Original illustrations will be displayed, images printed, posters, drawings, engravings and paintings. They are from public collections (Margs; Aldo Locatelli art gallery of the city of Porto Alegre; Pinacoteca Baron of Santo Ângelo from the Instituto de Artes da UFRGS) and private (Fundacred; private collections).

Visitation always occurs from Tuesday to Sunday, from 10h to 19h, with free admission. 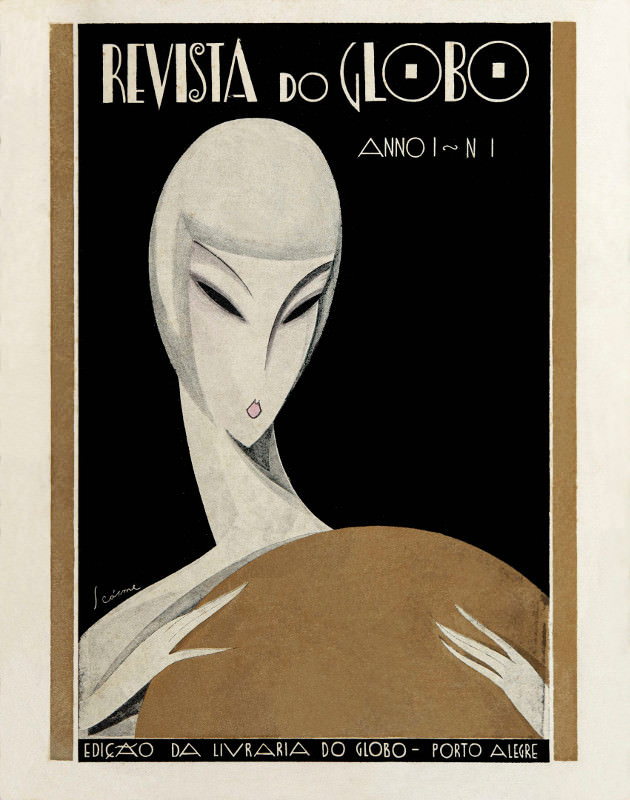 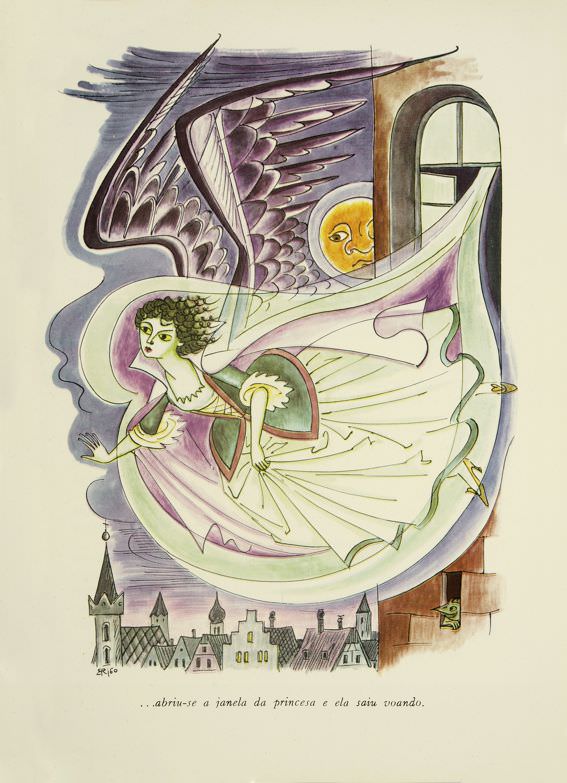 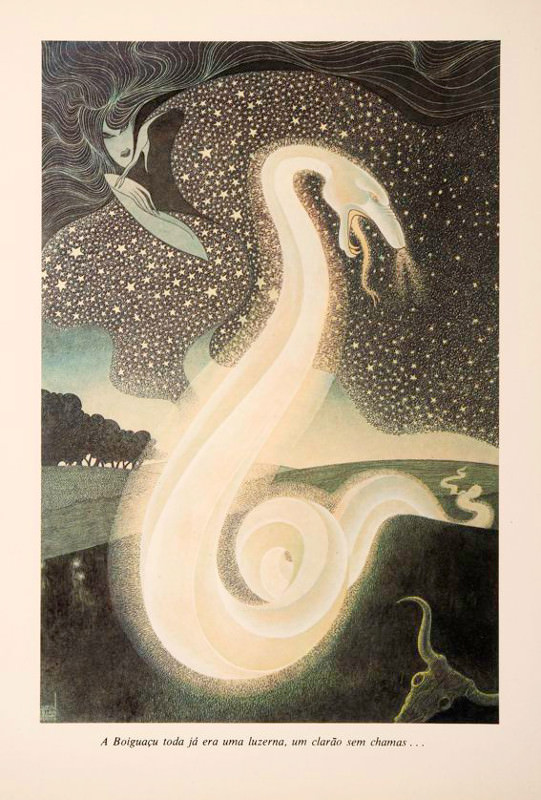 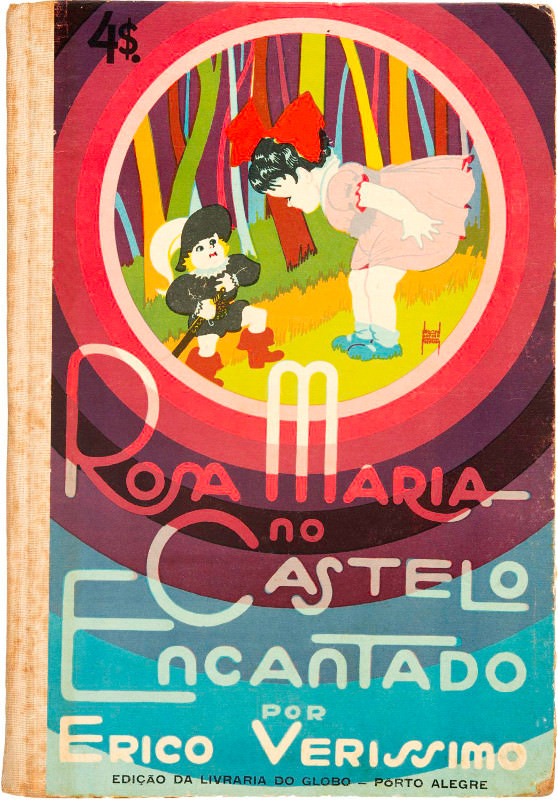 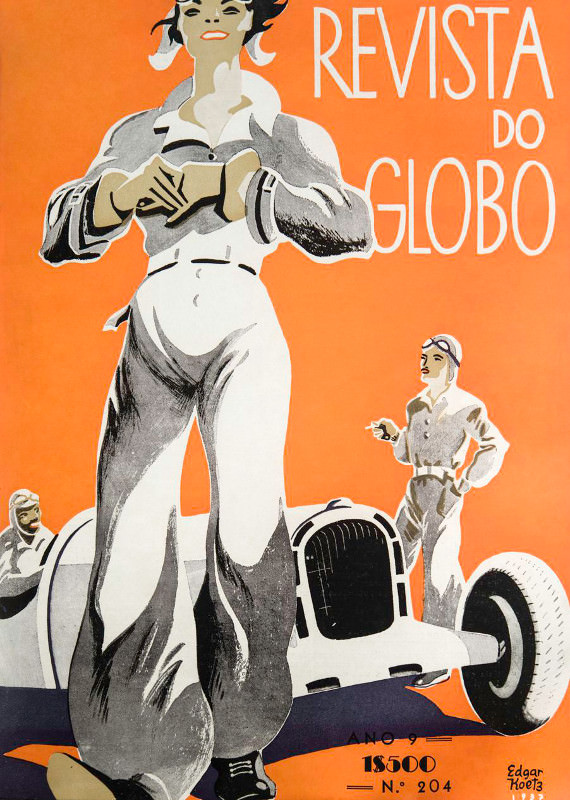 The book covers the history of the globe Bookstore from his graphic production, Emphasizing artists illustrators who worked on the legendary company drawing Section, in the first half of the 20th century, under the management of the German designer Ernst Zeuner (1895-1967). Among them, some of the leading names of the local art scene: Sotero Cosme (1905-1978), João Fahrion (1898– 1970), Edgar Koetz (1914-1969), Nelson Boeira Faedrich (1912-1994), João Do Viana (1905-1975), John Mottini (1923-1990) and Victorinus Gheno (1923). These artists created covers, illustrations, vignettes, Visual identities, a transit between Visual Arts, graphic arts and design. Your images, of irreverent graphics, strong chromatic appeal and compositions that dialogue with the language of the posters, exude freshness and modernity and are among the most daring of period, indicating that the visual modernity began, in Rio Grande do Sul, the printed image.

In large format (30 x 24 cm), with 656 pages and 1.368 images, the book's editorial coordination, research and text of Paula Ramos; Executive producer and graphic production of Gilberto Menegaz; photographic reproductions of Fabio Del Re and Charles Stein; graphic design by Sandro Fetter and Paula Ramos. Are five chapters, so structured:

[1] The globe Bookstore, contemplating the rise of company, in 1883 – directed by Laudelino Barcellos and, following, José Bertaso – until the 1920, When they win the enterprises editorial breath, under the direction of Allan Bernardi; are tackled the literary generation releases 1920, of authors such as Augusto Meyer, Theodemiro Tostes, Vargas Netto and Darcy Azambuja, through the creation of The globe magazine, in 1929; is also presented the drawing Section, structured in the late 1920 and, for decades, with the direction of the German designer Ernst Zeuner;

[2] The globe magazine, chapter dedicated to the history of the "biweekly and social life", released in 1929 and circulated to 1967, disclosing the "Southern stuff"; It is discussed the emergence of publication, in the context of the political changes in the Brazilian scenario, culminating in the revolution of 1930; are also displayed dozens of illustrations and covers, showing the imaginary of modernity in the pages of the magazine;

[3] The Section Editor includes investment Bookstore Globe Editorials from the early 1930, with the creation of the section Editor, directed by Henrique Bertaso, having as editorial Adviser Erico Verissimo; in this chapter, are presented the main literary collections of company, such as Yellow, Universe, Nobel, Toucan, Library of the ages, among others, as well as the graphical language employed in each;

[4] The fabulous universe of children's books focuses on the titles dedicated to children and adolescents, with its colorful and thriving only; emphasis to the Nanquinote library, designed by Erico Verissimo, and for the Cinderella Collection, that launched, reference editions, Tales of Andersen, in five volumes, and Grimm tales, in two volumes;

[5] The tessitura of the image, final chapter, discusses the process of illustration and the meeting of landscapes and experiences between writer and Illustrator. Are analyzed, in this segment, three major works illustrated with bookstore and Editora Globo: Tiaraju, Manoelito de Ornellas, with images of Edgar Koetz; Legends of the South, from Simões Lopes Neto, played by Nelson Boeira Faedrich; Night at the tavern, of Álvares de Azevedo, with drawings of João Fahrion.

At the end, presentation of the references, Collections and sources consulted, as well as name index. Result of the research of master's and doctoral degrees from the author, developed the graduate program in Visual Arts UFRGS, the book is published by UFRGS, has sponsorship of Petrobras and was bestowed by Petrobras Cultural edict 2012 -Memory of the arts.

ABOUT THE GLOBE BOOKSTORE

When it comes to "Globe" today, It is thought instantly on the Globo organizations, the structured communication conglomerate by journalist Roberto Marinho, in Rio de Janeiro. However, for decades, the brand "Globe" was related to another scenario: Porto Alegre, Rio Grande do Sul.

Created in 1883 as a modest stationery by the old street of the beach, the globe Bookstore (later, Editora Globo) It was not only one of the most prosperous southern companies of the 20th century, as revolutionized the editorial and graphic language scenario brazilian. It was the Globe who translated for the first time to the Portuguese fundamental authors like Thomas Mann, Virginia Woolf, Aldous Huxley, Somerset Maugham and William Faulkner. It was also the globe revealed writers like Erico Verissimo, Mario Quintana, Augusto Meyer and Dyonélio Machado.

Among his major editorial investment, are the edition of Human comedy (1946– 1955) of Honoré de Balzac, publication in 17 volumes considered a milestone editorial brasileiro. The Globe had more than ten collections, all of immense success, the example of Yellow Collection, with the suspense titles signed by Edgar Wallace and Agatha Christie; the Universe Collection, with the always best seller Karl May and their stories with Indians and robbers; Nobel collection, which is why they left the main names of international literature, as Marcel Proust, James Joyce and Joseph Conrad; the collection Toucan, initiative in the format Pocket, among other various titles. There were more than 2000 titles, that made the Publisher, between the decades of 1930 and 1940, the second largest of Brazil.

The Globe also published magazines: The globe magazine (1929-1967), The Novel (1936-1938) and Province of St. Peter (1945-1957), This last important vehicle of intellectual exchange between southerners and other regions of the country.

Paula Ramos (Caxias do Sul, RS, 1974) is critical and art historian, Professor and researcher at the Instituto de Artes da UFRGS, Universidade Federal do Rio Grande do Sul, acting in undergraduate courses in art history and Visual Arts, as well as in the graduate program in Visual Arts (PPGAV/UFRGS).

Journalist training (UFRGS, 1996), with a master's degree (PPGAV/UFRGS, 2002) and PhD (PPGAV/UFRGS, 2007) in Visual Arts, emphasis on Story, Art theory and criticism, having carried out Doctoral Internship by the Universität Kassel, in Germany (2005).

Was special reporter and editor of the magazine Applause, publication focused on culture in Rio Grande do Sul, between 1998, year of its emergence, until 2004. She is the author and organizer of several works in the field of Visual Arts, with emphasis on: The dawn of modernity (Porto Alegre: Publisher UniRitter, 2006), Luiz Carlos Felizardo photography (Porto Alegre: Festfotopoa, 2011), Beatriz Balen Susin-real Transfigurações (Porto Alegre: Edition of author/Fumproarte, 2011), Frantz – like painting workshop (Porto Alegre: Edition of author/Fumproarte, 2011), Walmor Corrêa – the stranger likened (Porto Alegre: DUX; São Paulo: Free, 2015). Member of the Editorial Board who coordinated the publication Pinacoteca Baron of Santo Ângelo – 1910 General catalogue-2014 (Porto Alegre: Publisher of UFRGS, 2015), work documenting and historicizes the collection of 1.485 the Pinacoteca works Baron of Santo Ângelo from the Instituto de Artes da UFRGS, one of the most important public collections in Visual Arts in the State.

Sign many curatorships of modern and contemporary art, many of which are blessed with the Azorean Prize of plastic arts-Curatorship Category.

Publisher of UFRGS (available on the website of the Virtual Bookstore – www.livraria.ufrgs.br – and in the store of Margs for R$ 180,00)

Opening hours of the Museum: Tuesday to Sunday, from 10h to 19h

Previous: Exhibition Second Nature, to Wander Rao, happens in the shared Creation Center
Next: Philos displays Kehinde Wiley: The beauty of black women and Petra – The Legend Of The Stone City