Home / Art / Exhibition “I see myself at what I see”, of the Artist Mahau by Sérgio Lobo da Rocha 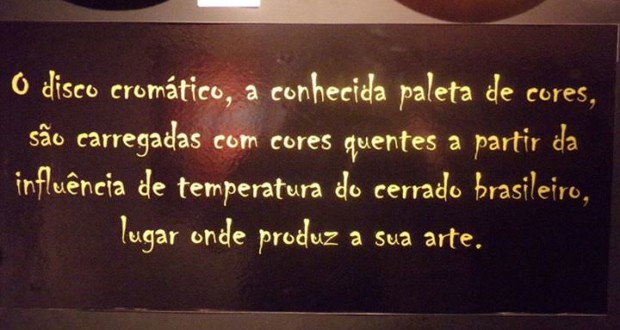 Exhibition “I see myself at what I see”, of the Artist Mahau by Sérgio Lobo da Rocha

Exhibition “I see myself at what I see”, of the Artist Mahau
by Sérgio Lobo da Rocha

The Association of Visual Artists of Tocantins - sighted calls for Exhibition “I see myself at what I see”, of the Artist Mahau, in the Cultural Corridor, Block IV - Rectory, at Federal University of Tocantins Palmas city, from 30 September to 18 October 2014. Curated By: Marco Jacob.

In his works Mahau express the relationship between man and his objects, records the image of the discarded object. Believed in the immortality of the image that is present in the object of consumption. Appropriates the already existing forms of collective imagination, in a playful way, using techniques of stencil and acrylic on canvas in their work.

The objects that arouse and seduce with the possibility of reproduction is transferred to the screen. Create new meaning from the deconstruction and reinterpretation of contributing to the creation of each work.

Electronics, household, computer parts, a machine for sewing the last century classical part of his paintings and become "sculptures" that adorn any environment.The chromatic disk, the color palette known, are loaded with warm colors from the influence of temperature of the Brazilian cerrado, place where it produces its arte.Sentir and apply the concepts of reuse of materials with the influence of colors and modern arts and modern powders are the outstanding characteristics of Mahau. The choices and uses of objects with their art with their standards and cause lines delimited by the mental and aesthetic mazes of his works.

Marivaldo Ribeiro Alves – Mahau is graduated in Architecture and Urbanism, artist and works as a teacher in the Department of Architecture and Urbanism Universidade Federal do Tocantins – UFT. Serves as treasurer of the Association of Visual Artists of Tocantins - sighted. Born in Porto Nacional, in the State of Tocantins, and lives in Palmas, State Capital, since 1996. His first exhibition was at the Araguaia Palace, Palmas city, in 1996, entitled "Traits and Palettes". Made presentations in Palmas and other cities of Brazil.