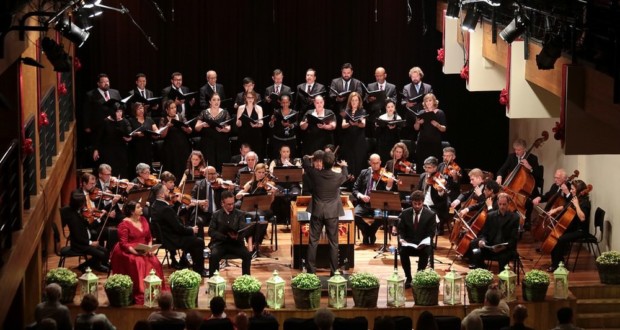 The 35th Curitiba Music Workshop will be open on Saturday (27), at 19h, at the Teatro Guaíra, with a concert that joins the Camerata Antiqua de Curitiba, Vocal Brasileirão, pianist Cristina Ortiz and singer Jane Duboc a tribute to composer Tom Jobim. The fusion of classical music and Brazilian popular music is the hallmark of this issue, during 13 days offer an intense musical program throughout the city.

The concert begins with the Camerata presenting two classic works - Coronation Anthems, de Georg Friedrich Haendel, and the Piano Concerto No. 4 in G Major, Ludwig van Beethoven - under the baton of Maestro Abel Rocha. A pianist Cristina Ortiz, Brazilian prominent on the international scene, soloist will be the presentation of Beethoven's work.

In the second part, the Chamber Orchestra of the city of Curitiba (Camerata group of musicians) Vocal tracks the Brasileirão and singer Jane Duboc in the repertoire of Tom Jobim compositions. With artistic direction of Vicente Ribeiro, This program closes the celebrations of 90 anniversary of the birth of composer (1927-1994).

The opening concert gives a demonstration of what will be the 35th edition of the Music Workshop. For the first time, courses and performances of classical and popular music cores are performed simultaneously. The concert reflects this fusion between the two areas.

The first part of the presentation will feature the pianist Cristina Ortiz brightness, that for years left Brazil for Europe, where he developed a successful career. Soloist with the most famous orchestras - Berlin, Chicago, Cleveland, New York, Prague, Vienna, London - Cristina Ortiz has worked under the baton of great conductors. In addition to the solo, He has performed alongside artists such as Antonio Meneses, Uto Ughi, Emanuel Pahud, Lynn Harrell and Prague Wind Quintet. 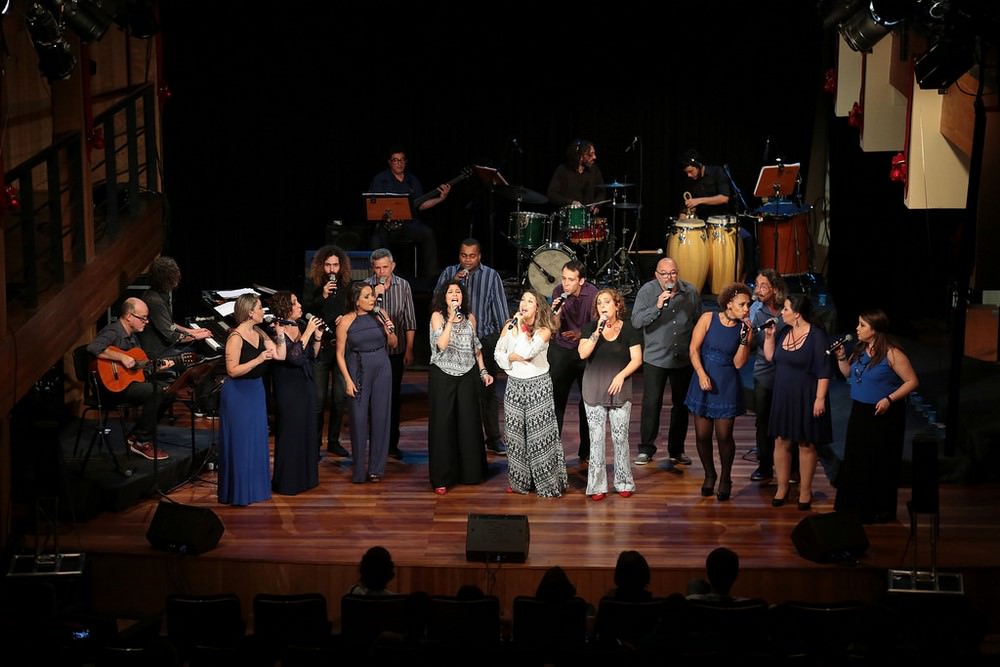 Tribute to Tom Jobim - The presentation of the Vocal Brasileirão refers to the experiment conducted in December 2016, when the singers of MPB and the Chamber Orchestra premiered the concert with the works of Tom Jobim. The regent Vicente Ribeiro explains that the repertoire is a very specific focus of the composer's work - the post-bossa nova phase, that starts in years 70 and its brand approach of Jobim's music with the Brazilianness and Villa-Lobos influences.

"At this stage, Tom Jobim leaves the beach of Rio de Janeiro and starts to look at the interior of Brazil ", compares the regent. "This repertoire is precisely the boundary between the classical and the popular, showing the richness of Brazilian music with the timbre of concert music ", explains. Songs like "Break-Stone" (1970), Mark Waters (1972), vote (1976), Borzeguim (1987) and Black Duck (1994) They are examples of this period of music production Jobim.

For Vicente Ribeiro, the experience of uniting the two areas is enriching. "Music is very generous. The breakdown by area is a function of certain characteristics that end up creating labels, but in fact the music is one ", says. "For Vocal Brasileirão it is a pleasure to have the luxurious accompaniment of the strings of the Chamber Orchestra", highlighted. In this part of the concert, comes in the singer Jane Duboc, one of the icons of the MPB, considered by the Rolling Stones one of the most beautiful voices of Brazil. 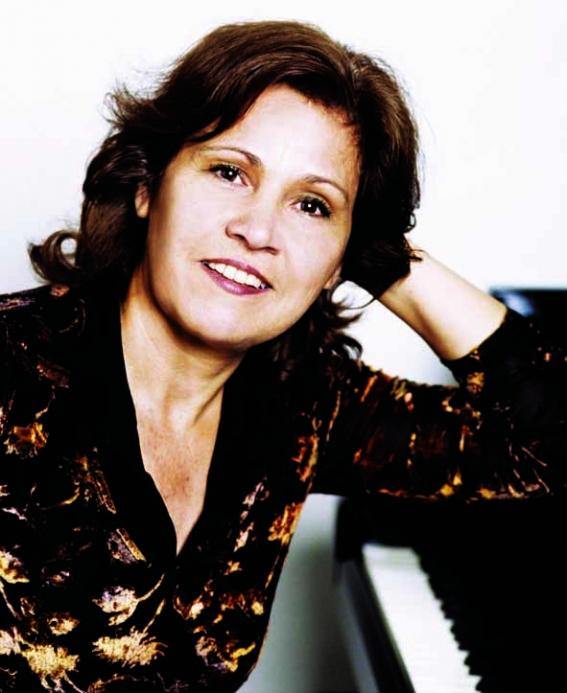 Workshop 2018 - During 13 days, the 35th Curitiba Music Workshop offer 96 Brazilian classical and popular music courses and about 160 events, between concerts in theaters and parks, lectures, worskhops, shows special films, cycling and motorcycle tours, gastronomic fair, green office, beyond the "off circuit", What happens in 17 bars, with 50 attractions. The theme of the current issue is "Mix it up", strengthening New this year, which is the simultaneous performance of classical and popular areas.

Other major attractions mark the 35th Workshop, as the show Toquinho, with the participation of children in the set design of regional Curitiba, Martinho da Vila concert with the Orchestra Rope Base and the concert of the Orchestra and Choir Workshop students in the "Porgy and Bess", de George Gershwin.

The Music Workshop is organized by the Municipality of Curitiba, Cultural Foundation of Curitiba and Curitiba Institute of Art and Culture - ICAC, with sponsorship and support of large companies and institutions. "Supporting the 35th Music Workshop is a unique opportunity for Box, providing the population of Curitiba shows and exquisite programming, in addition to the exchange of experiences among the musicians who come from all places in the world because of the quality and Event differential ", says Marketing Manager, Communication and Culture Box, Cybelle Radominski Demattê.

The national impact of the event is highlighted by the advisor of the Brazilian Itaipu General Directorate, Alexandre Teixeira. “The Curitiba Music Workshop is an event that projects our capital and the state of Paraná as a cultural center and has already become a tradition for both students, professionals and lovers of various musical styles. And, Itaipu, it is important to be part of this cultural initiative”, the firm.

"Throughout its history 55 years, Sanepar has built a close relationship and support the Paraná Culture. The Music Workshop is one of the major cultural traits of Curitiba and gives pride of partnership. partnership, in this year, He approached the Coral Sanepar Workshop, with the presentation in the Chapel Santa Maria.”, concludes Mounir Chaowiche, President of Paraná Sanitation Company (Sanepar). 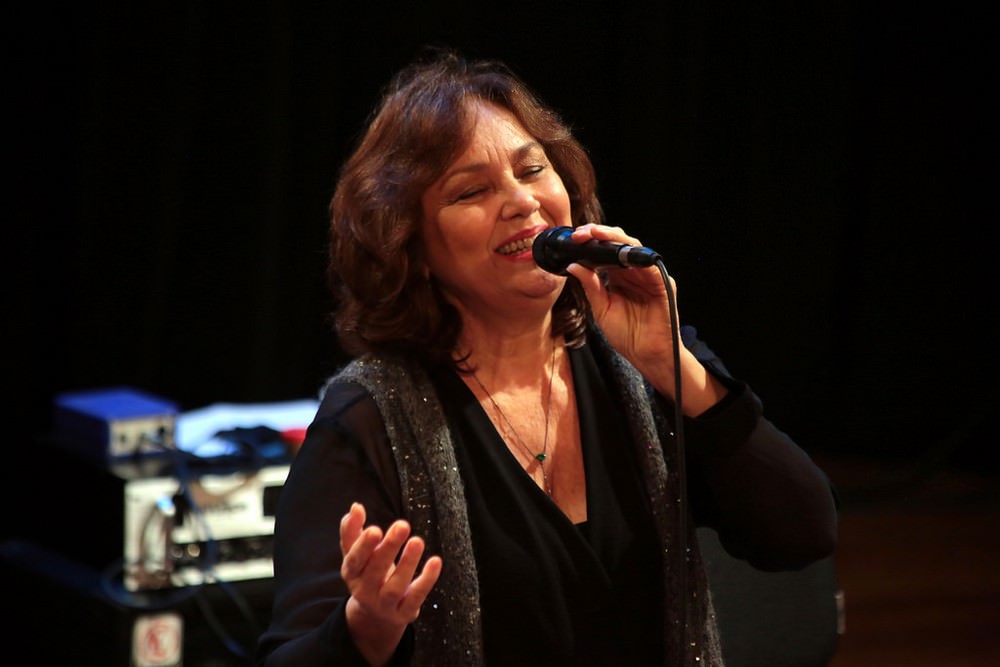 Partnership - The 35th Curitiba Music Workshop is organized by the Municipality of Curitiba, The Cultural Foundation of Curitiba, Curitiba Institute of Art and Culture - ICAC, Ministry of Culture and the Federal Government, sponsored by Federal Savings Bank.

The issue has master support of PUC-PR, Centro Cultural Teatro Guaira and the Secretary of State of Parana Culture. They sponsor through the Rouanet Law of Incentive to Culture the company Copel, Sanepar and Elejor. The workshop also has the direct sponsorship of Itaipu Binacional. The complete program of the Music Workshop is available at www.oficinademusica.org.br.

Previous: Adriana Ferreira - "Feelings and sensations in the shapes and colors" by Edmundo Cavalcanti
Next: The Art of Jean-Michel Basquiat during 2018 in Brazil by Rosângela Vig