Home / Art / São Rafael Galleries: between the Berlin wall and the road to freedom

São Rafael Galleries: between the Berlin wall and the road to freedom

As São Rafael Galleries are an art gallery that crosses the elite and luxury art circuit with the humanitarian circuit, fostering exchange and cultural awareness. In a quest to give visibility to emerging artists, launch the series “Visual micropolitics”, #finearts series by artist Sílvia Raposo, and “Information”, series of collages by artist Rodolfo M. Costa, as well as a set of plastic works by the artist Marco Gomes.

In the series “visual micropolitics”, Sílvia Raposo works on hybridism through a frankenstein aesthetic, that is, an art of grafting and miscegenation, of overlaps or intersections between different cultures and artistic aesthetics, looking for new forms of visual and micropolitical sovereignty. Promoting an anthropophagist dialogue with the images of the consumer society, the series seeks to evoke ghost materials. Noteworthy are the works “A Long Walk To Freedom”, “A Fat World” or “Make Love, Not War”, whose themes range from criticism of child labor in Africa, Asia and Latin America by companies like H&M, Nestle, Zara, among others; Discrimination due to skin color or sexual orientation, disguised as "peace crimes" that promote institutional violence; Or the criticism of the Humanitarian Government and the apocalyptic chess game of the superpowers. The works seek to narrate a story seen from the bottom up, evoking the ghosts of humanity to act as contemporaries of the present, causing imbalances. According to the artist “The presence of images is a scar in the white space, through which the observer can slip and trip”, proposing an encounter with the historicity of the image and reaffirming the contemporary artist as a hunter-collector of images and, above all, as an urgent artivist. These works are the first visual micropolitical series by Sílvia Raposo and are represented in the São Rafael Galleries exclusively. (www.galeriassaorafael.com). 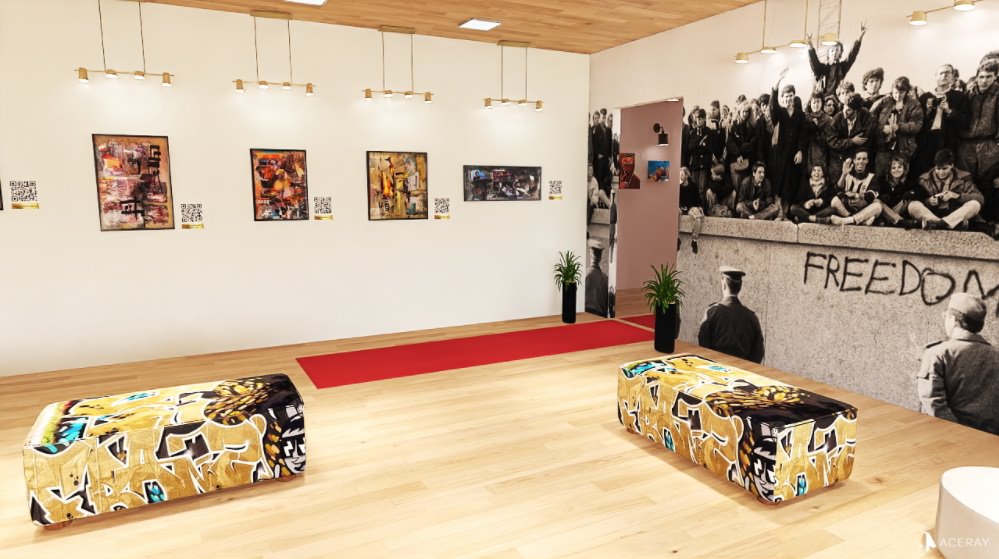 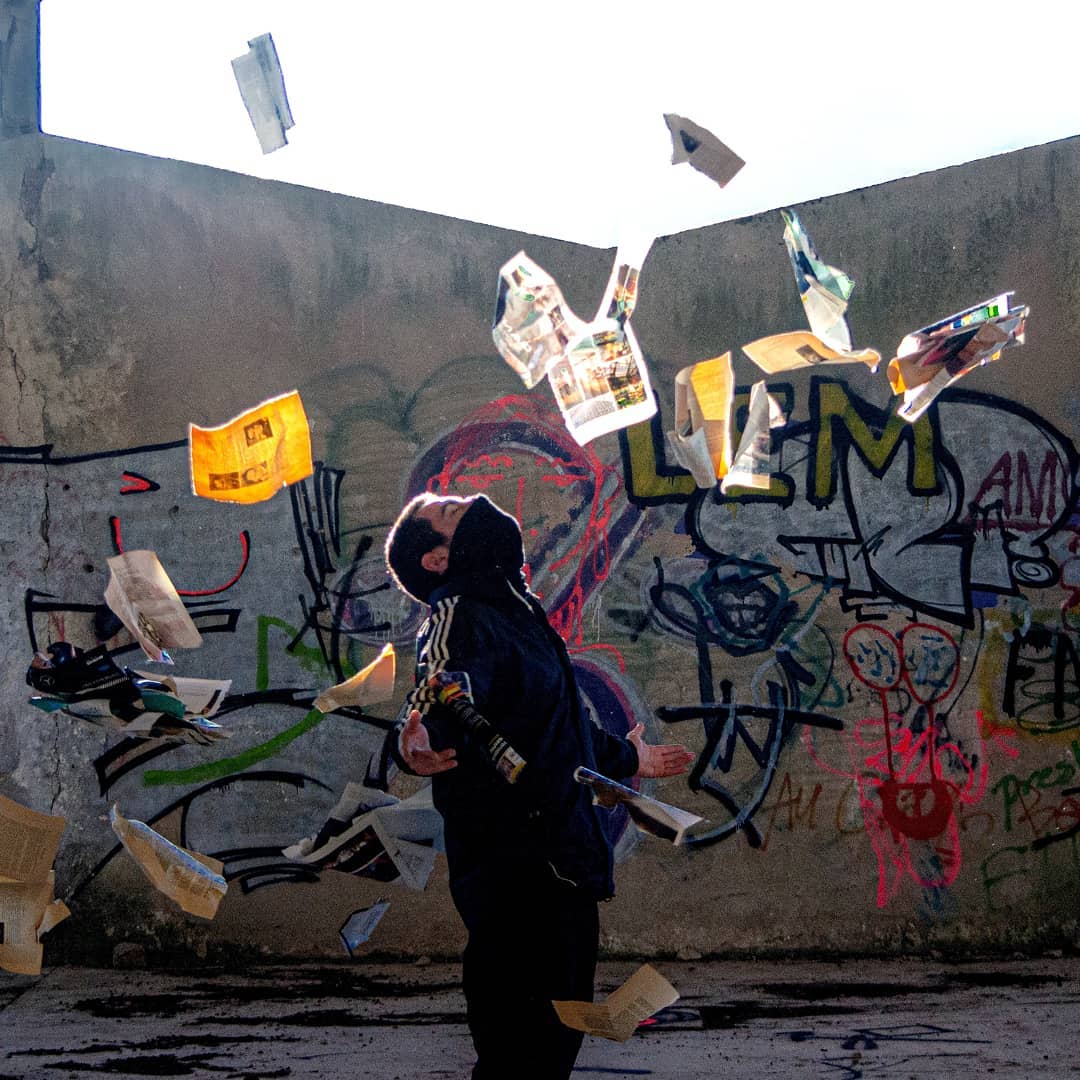 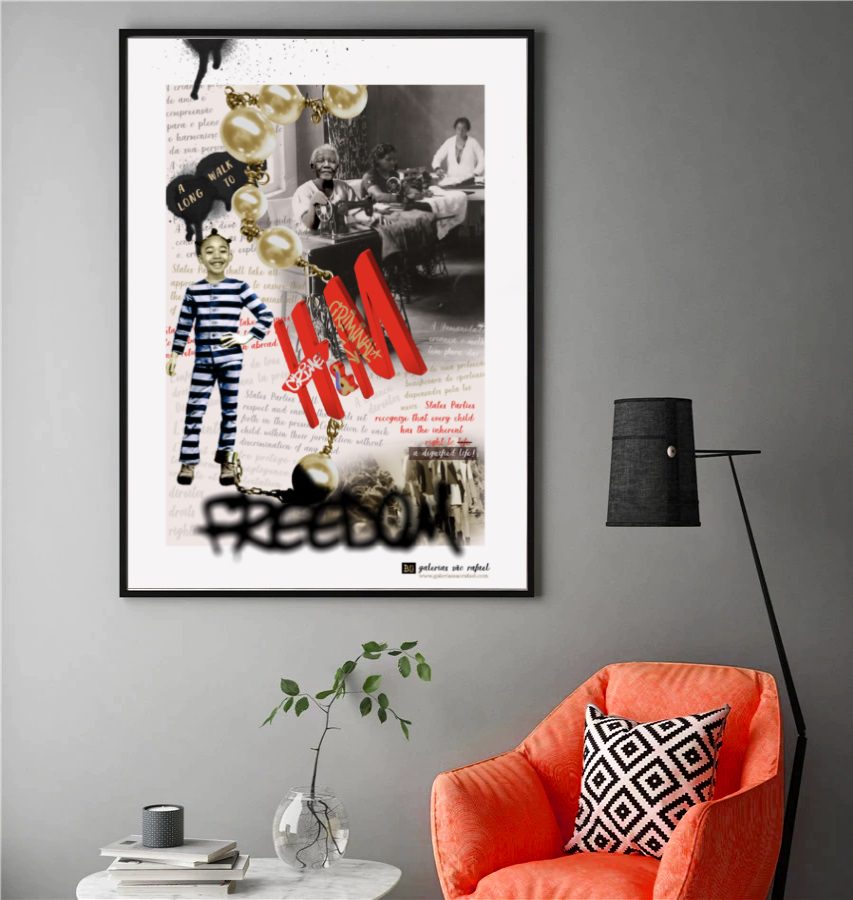 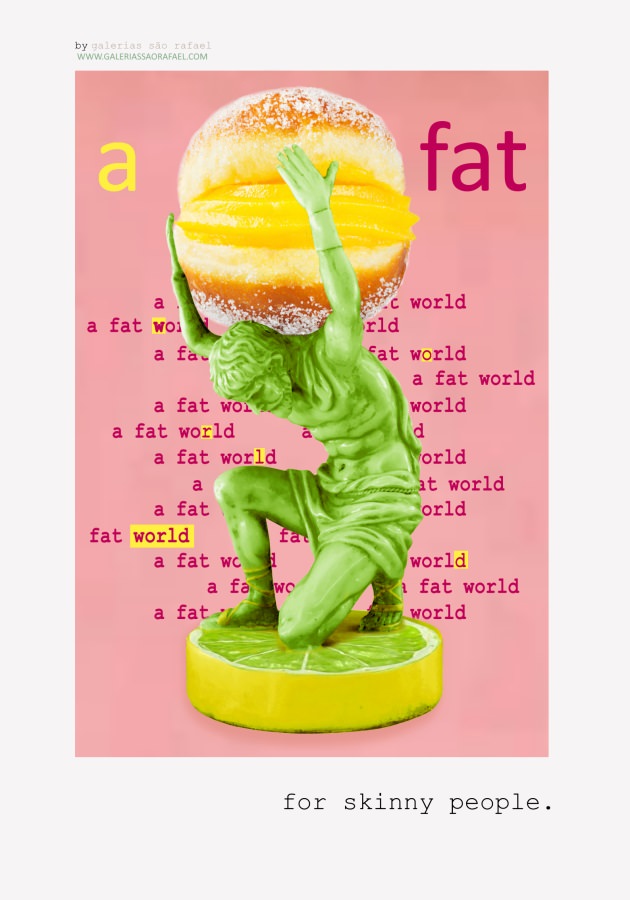 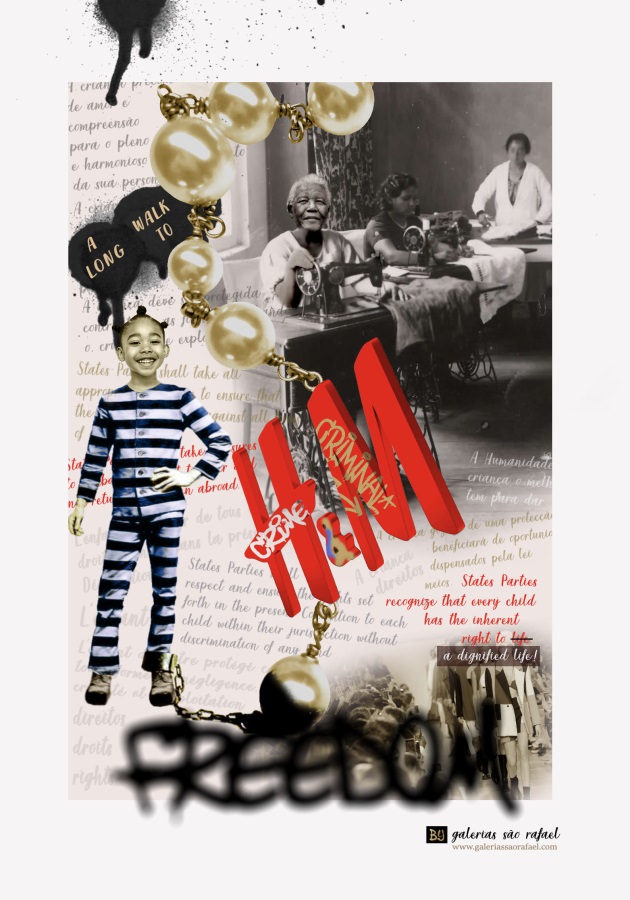 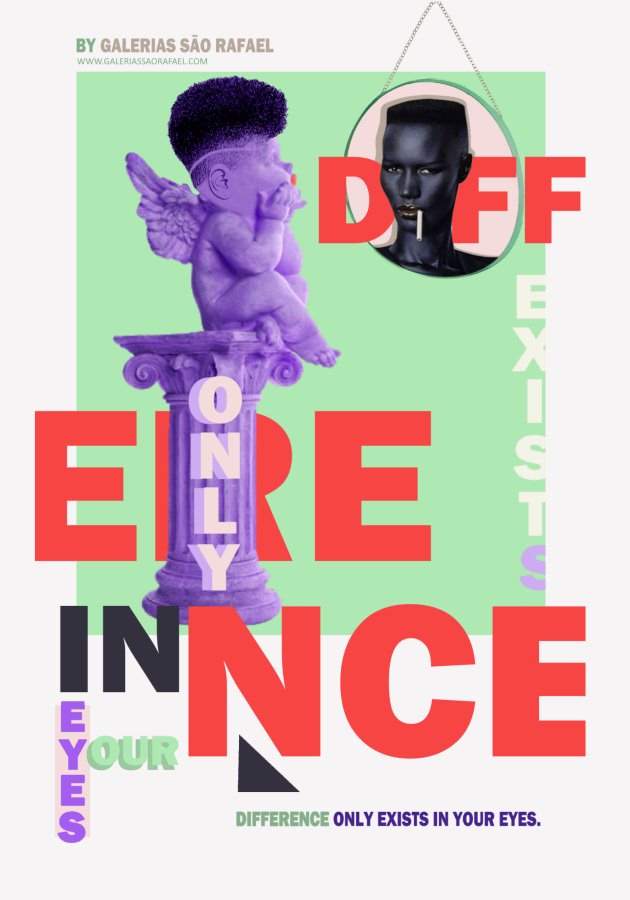 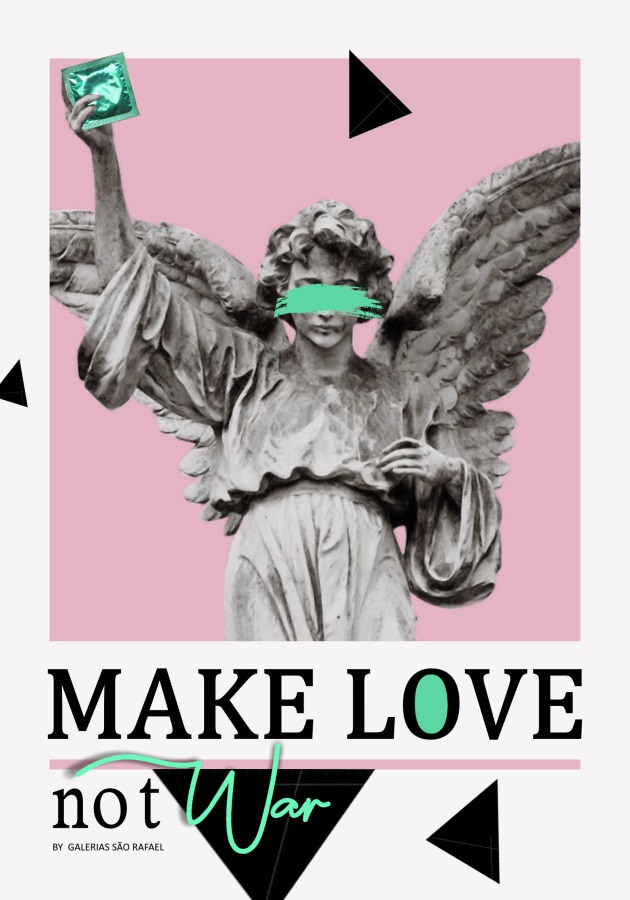 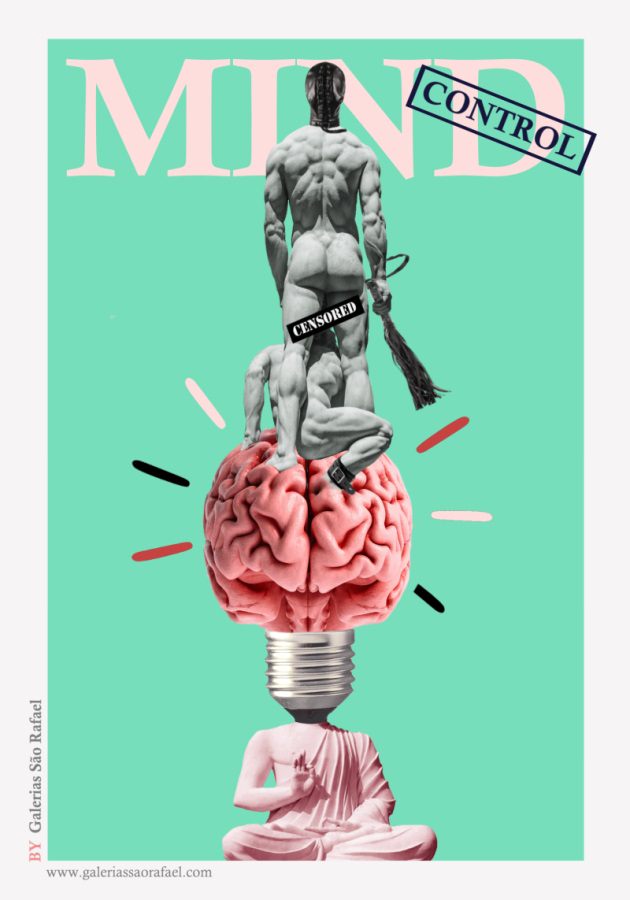 Already in the series “Information”, the artist Rodolfo M. Costa explores the Kunstmeile spirit of the Berlin Wall (“the art mile”), city ​​where the artist worked as a carpenter, after his training in sculpture in Fine Arts, acquiring skills in wood production. His journey resulted in the exploration of new approaches, like the tattoo, resin, digital design and editing, as well as in the creation of a series of 18 resin sealed frames. Rodolfo captures fragments of a vandalized dimension of fantasy and drags them into our reality, exploring themes like graffiti, information, advertising, multiculturalism and consumerism.

Also noteworthy are the works “Velvet”, “Savage” or “22:05” of artist Marco Gomes, whose work is also part of this spirit of irreverence that also characterizes the artist's own spirit, whose works aim to constantly question the established rules and are close to abstractionism. The launch of these artists is accompanied by a philanthropic initiative, in which 10% of each work sold, it reverts to the Anjos da Arte project and to the Cape Town Ikamva Labantu association.

Previous: The different ways of understanding female eroticism
Next: Cover and back cover