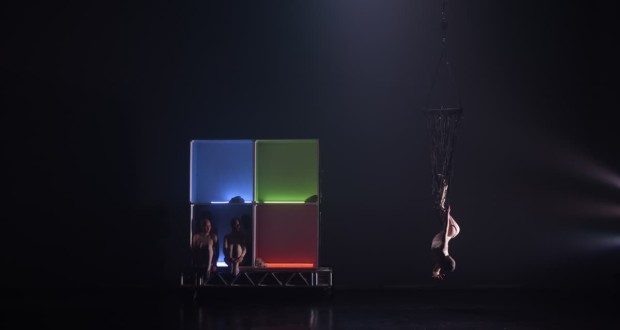 The national premiere takes place on the day 11 November on the Group's Youtube and Facebook. Four other performances from the group's repertoire will also be made available in an On Demand Repertoire Show.

From 11 to 14 November, Grupo ARES will make available on its Youtube and Facebook channels the national premiere from the project Resilience - Gross Flower and also four others shows from your repertoire. All content will be available for free.!

On 11, às 17h, will be released on Youtube the repertoire shows Illusions – Love on the vertical Tarot table (2013), wings of a dream (2015), Vertebral (2017) and Hanging Garden (2019). Then, at 8:0 pm, the public will be able to check on Facebook and Youtube the national premiere from the project Resilience - Gross Flower. The name Bruta Flor reveals a paradox, because while it evokes simplicity, fragility, beauty and perfume, it's also something gross. And how not to be, in front of the reality that we live…. In this show we see the resilience of women, so harassed, humiliated and assaulted for being "too thin. too fat. Very tall. white. Black girl.”. Many have come across comments for being "Very ugly - doesn't even deserve to be raped. There are women who are supposed to eat, that hot. There are women who are to be married, quiet and obedient. And there are women who are only supposed to have sex in hiding. There's no way to blame the guys for wanting to stick the stick. Did you see the outfit she was wearing? fool yourself, I even wanted. I was asking. “.

in the perfect universe, patriarchal-led, the certainty is that "If I could choose, would have a male child. woman is a lot of work. Woman is the result of a weakness. Submissive. when you talk too much, ends up alone. woman with woman gives alligator. all bad food. Be quiet and don't tell Mom. Boca cove. swallows the crying, cries low.”

This debut represents not just the woman, but every citizen who is indignant with every prejudiced speech, sexist and abusive. You don't have to be a woman to feel the knot in your stomach, the indignation. Resilience - Gross Flower is an aerial dance show that bets on visual impact, based on the feminine strength to resist and remake itself. Taking this historical characteristic of these beings as a starting point, the show places women in recognizable situations and emotions, awakening reflections, doubts and identification in spectators. And maybe the yearning for a better future!

The season continues with daily performances, until 14 November, always at 20h. The duration of the show is 47 minutes. 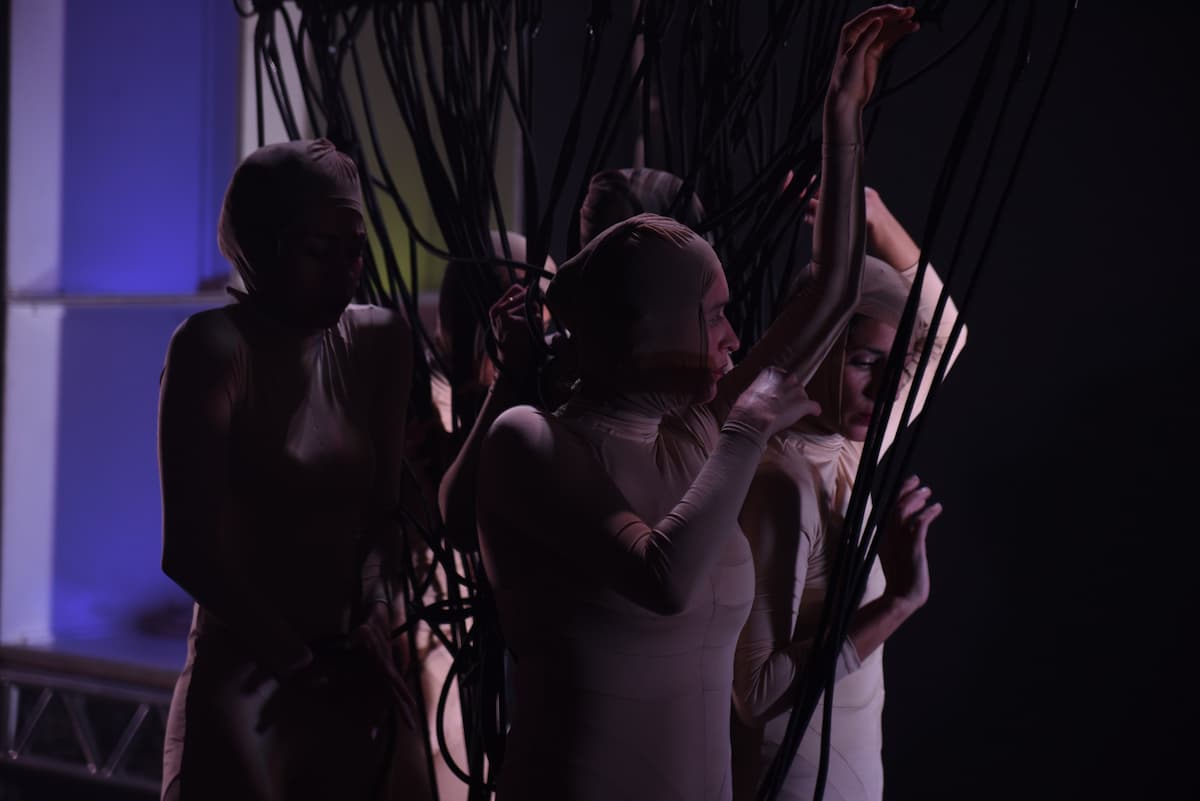 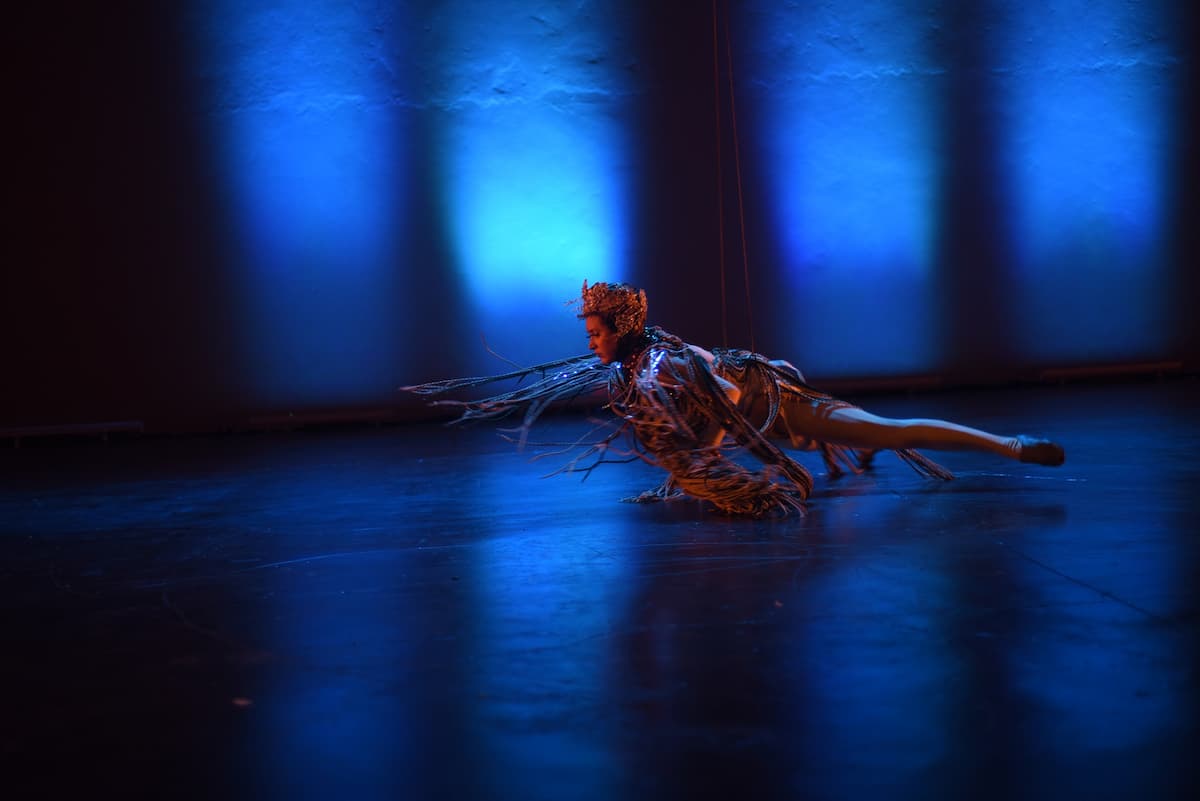 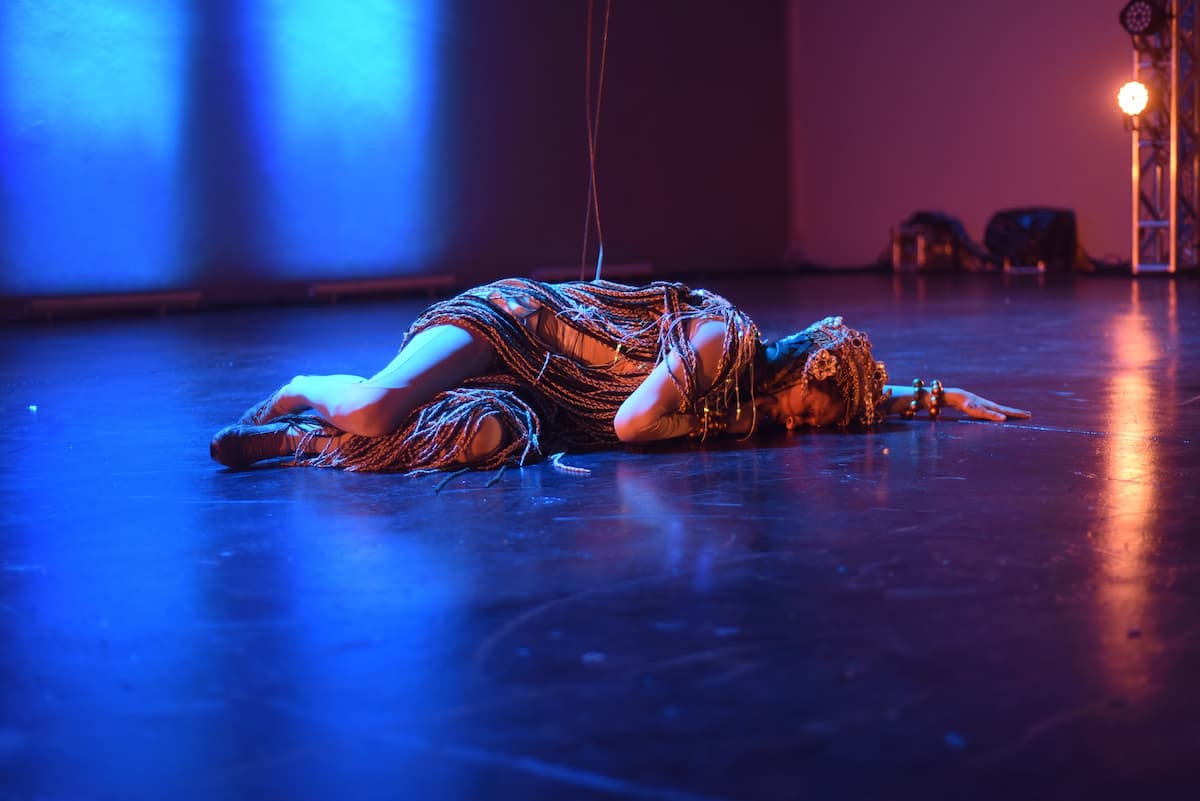 about the repertoire – All shows will be available On Demand on Grupo ARES' YouTube channel, from 11 to 14 November, for the public to watch wherever and whenever they can.

The show uses a building wall as a Tarot table. At this table a zealous grandmother plays cards twice and waits for the universe to show her how to protect her grandson. love emerges as a recurrent response, but who is in danger is not your grandson, and yes love itself.

wings of a dream is a visual spectacle that combines contemporary and urban dance movements with innovative aerial techniques. The dream of flying is perhaps one of the oldest that man has ever had, it's part of our nature, for we have sought to dominate the air since the beginning of time. We grew up fascinated with birds and their freedom, and we invented the most varied devices to fulfill this desire.

The Spectacle has an area of ​​investigation in which the presence of permanent risk crosses the dancing and acrobatic body in situations of imbalance, suspension, twists, fall and recovery. Firm as stone and fluid as water, each vertebra has its own spine and nervous system.. Vertebral switches like this, collective and alone compositions, changing and streamlining the visual plot.

Here, awakening to love transports the audience to a place where everything is possible. When experiencing such a feeling, the highest desires and dreams blossom. The show Jardim Suspenso is about experiencing the flowering of the most beautiful poems that make us fly through the skies, but also the imbalance that lands in moments of tragedy and grief. just like in nature, every end is a new beginning, after all it's so good to die of love, but keep on living…

About the ARES Group

Directed by Monica Alla, the ARES Group It was created in 2010 to be an artistic center for research and creation, which has as its main objective to seek verticality on the scene through the most different aerial devices, joining them to the dance, to physical theater and the contemporary circus. Using this mix of languages, the group's creations are always looking for something dreamy, of image more than word, seek to change the perspective of the scene that is seen and contrast the virtuosity and strength of movement with the sensitivity and lightness of flight, of the jump.

The ARES Group makes the search for new aesthetic possibilities and body states its great challenge, putting bodies and ideas in the air. The choice of unusual places for their presentations is also a strong characteristic of the group., who has already presented his work on building facades, swimming pools, art galleries, diverse public spaces and conventional theaters.

This project was covered by the Cultural Action Program (ProAC Express LAB) of the Secretariat of Culture and Creative Economy of the State of São Paulo and the Federal Government, through the Aldir Blanc Law.

Previous: Fiction book raises reflections on the consequences of giving up on oneself
Next: Alliance Française and #MUSEUdeMEMES present #SeMeme – Memes Week with various cultural activities related to the universe of memes