Home / Art / Inspired by Ingmar Bergman's films, the play immersive 'The Words of Our House' is staged in different rooms of the Casa das Rosas 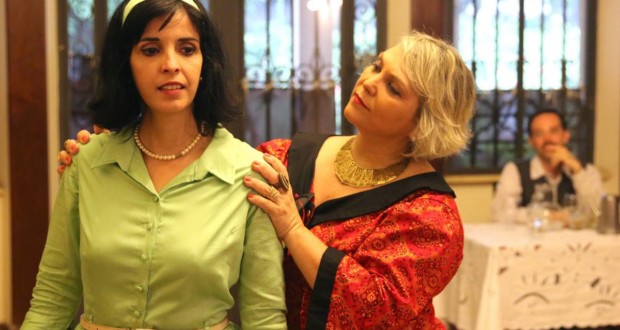 Inspired by Ingmar Bergman's films, the play immersive 'The Words of Our House' is staged in different rooms of the Casa das Rosas

Directed by Adriana House, spectacle Center Theater Immersion discusses the relationship between a mother and daughter trying to overcome past hurts. Mounting debut on 17 January and has sessions on Fridays, at 18.30 and at 20h

A Center Theater Immersion premiere the piece immersive and itinerant "Words of Our House ", freely inspired by works of Swedish film director Ingmar Bergman (1918-2007), on 17 January 2020, at Casa das Rosas, the Literary Museums-Casas Network Department of Culture and Creative Economy of the State of São Paulo, managed by Poiesis. No separation between stage and audience, the idea is that the public is driven by different rooms of this historic mansion on Avenida Paulista to follow the story. The season continues until 27 March (totaling 20 presentations), with double sessions on Fridays, at 18.30 and at 20h. Tickets cost up to R $ 60.

The piece of drama was written by Adriana Camera, who is also the direction, Glau and Gurgel from several Bergman films. "The main reference is the 'Autumn Sonata' (1978), You have a character more. We have been reducing the characters, situations and the number of spaces to be able to do at Casa das Rosas. But also make references to 'Wild Strawberries' (1957), 'Through the mirror' (1961) and 'Cries and Whispers' (1972). The show has elements of several long it ", discloses the director.

Situated in the years 1960, the plot tells the visit of the famous opera singer Charlotte (played by actress Gizelle Menon) to marry his only daughter, Eve (Adriana House), shares with her husband Victor (Glau Gurgel), who is a Presbyterian minister. Both, that does not come for a long time, try to reconnect and solve painful issues from the past, like the fact that her daughter had to deal with the loss of his only son, while the mother tried to manage the demands of his international career.

To rescue the noble feelings that still exist between them, mother and daughter must face all sorrows, and, this process, just uttering strong language, that, possibly, repent. Sensitive assembly seeks immediate identification with the viewer, when dealing with themes like love, recoveries and expectations in parenting, the generation differences, the lack of communication in relationships, hope and new beginnings after deep pain, in an approach of situations and conflicts similar to those we've all experienced or witnessed.

Viewers watch all accommodated on chairs scattered around the different rooms of the Casa das Rosas, as if even the residence of the characters, and they are required by the scene itself changing environment. "We thought about doing a piece for the Casa das Rosas, which was totally shaping staging. In this type of theater, We have to do everything thinking of a space, because they moved from place, We have to change, for example, all markings ", Adriana reveals about creative process.

"The Words of Our Home" is the second show of the Center Theater Immersion. The first part of the group, "Tio Ivan", won the applause Brazil 2018 in the category Best Group Show by popular vote. 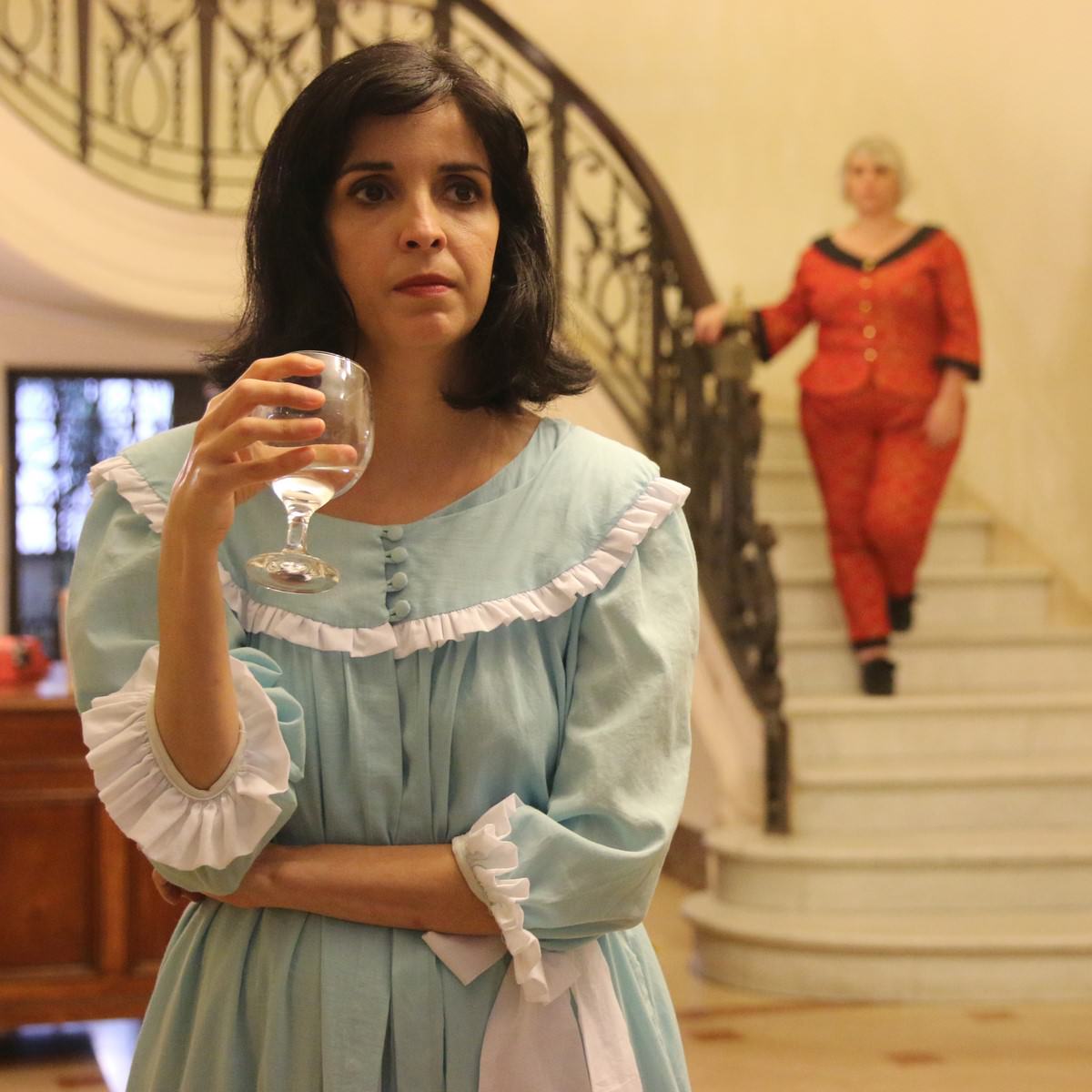 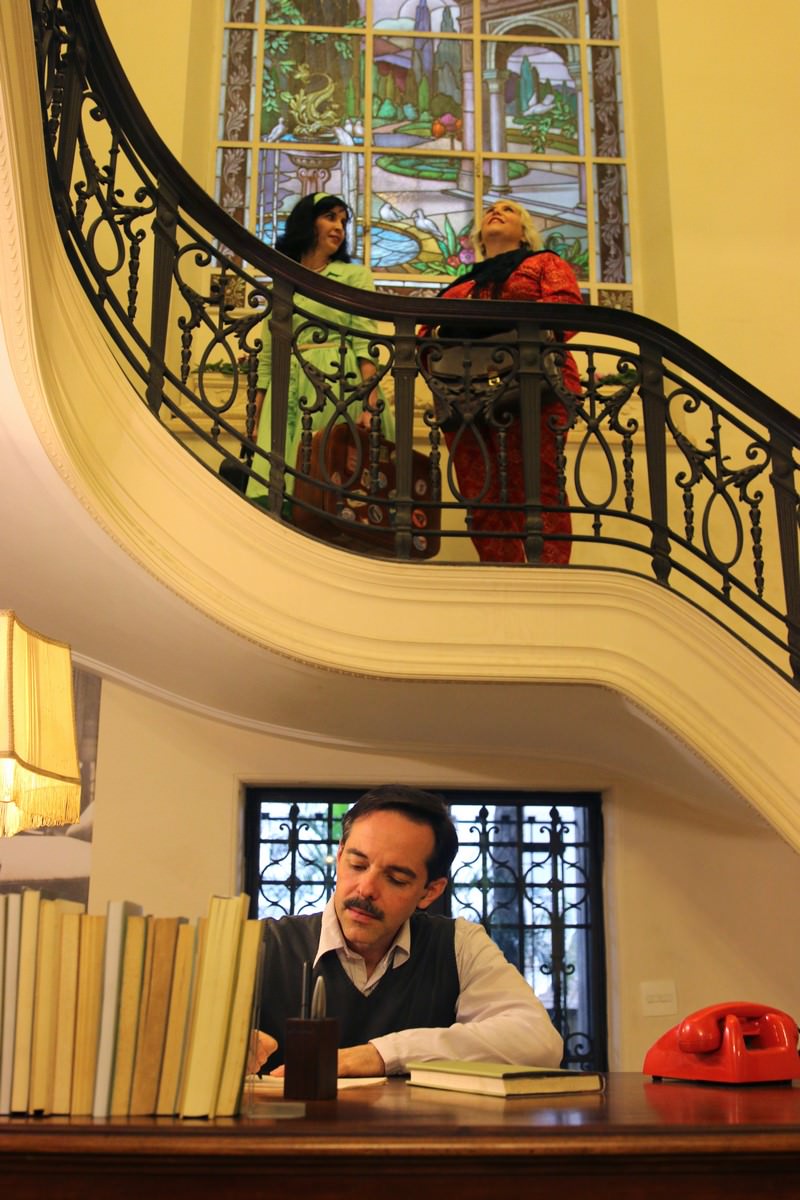 ABOUT HOUSE OF ROSES

Casa das Rosas - Haroldo de Campos Space is a museum dedicated to poetry, to literatura, culture and preservation of the bibliographic collection of the São Paulo poet Haroldo de Campos, one of the creators of poetry movement in the decade of concrete 1950. Located in one of the most important avenues in São Paulo, Avenida Paulista, space performs intense schedule of free activities, as literary creation and critique workshops, lectures, cycles discussions, exhibitions, literary and musical performances, evening parties, book launches, performances and theatrical performances. The museum is housed in an imposing mansion, built in 1935 by Ramos de Azevedo office, which at the time had already designed and executed important buildings in the city, as the Pinacoteca do Estado, the Municipal Theater and the Public Market of Sao Paulo.

About the Center Theater Immersion

The museum was created in 2014, the Immersion Theater Center is focused on the study, the education, research and assembly shows that propose new relationships between actor and spectator, when entering the public in the space of representation, in the middle of the scene represented. The group's first job is “Uncle Ivan” (2017-2019), an immersive adaptation to the text "Uncle Vania", Russian writer Anton Chekhov (1860-1904). The piece has been presented at Casa das Rosas and Cultural Workshop Oswald de Andrade. "The Words of Our House", freely inspired by the work of Ingmar Bergman, Spectacle is the second group.

immersive and traveling freely drama inspired by the filmmaker Ingmar Bergman work. A famous opera singer visit to her daughter in the big house that she shares with her elder husband. During a visit, mother and daughter trying to reconnect and solve painful issues of his past. In this assembly Core Theater Immersion, the spectators go through the various environments of the Manor, no separation between stage and audience.

Text: Adriana House and Glau Gurgel, inspired by the work of Ingmar Bergman

Previous: Painting on Canvas, Step by step 18 – Color and shape perception by Rosângela Vig
Next: Movie “Portrait of a young man on fire” the Cine Tour