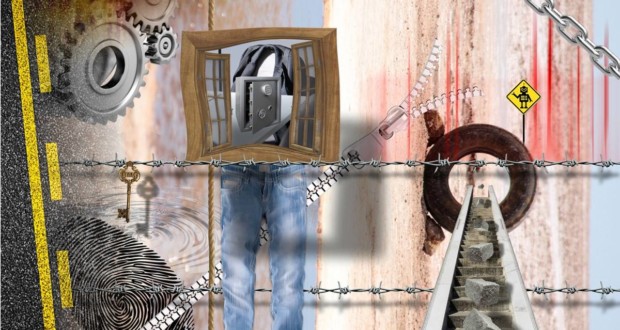 Mixing photography, videoart, binaural performance and audio, that reproduces the way sounds are picked up by the human ear, multimedia installation FOTÚRETO GARDENS, created especially for the virtual environment, debut this Sunday, 12 July, proposing reflections on the surrealism of human actions in our day and their reflexes in tomorrow.

The installation is the first work produced during the pandemic crisis by the multimedia collective of research and fusion of artistic languages ​​Grupamento Núcleo 2, based in São José do Rio Preto (SP). The public will be able to access it free of charge from 15h, through the website fotureto.com.br, which will remain in the air for the 12 months.

At the premiere, the core 2 will do an online vernissage, through a live on your YouTube channel (Core Grouping 2) and Facebook profile (@ groupingonucleo2). The public will be able to chat with the artists at the same time that they access the site.

In a futuristic atmosphere, the work investigates the relationship between humanity and technology, your dependence on these devices, stolen privacy, the transformation in relationships, in bodies and in society as a result of it. From the concept of magical realism, the work provokes the viewer's senses through a set of four performances, nine video art and nine digitally modified photographs, from the personal collection of multimedia artist Jef Telles, responsible for the design, direction and audiovisual.

The artist worked with collages of images from the internet on photos of his wanderings in places like Salar de Uyuni and Potosí, in Bolivia; Chambord Castle, in France; Lençóis Maranhenses and Rio Tietê, in the city of Zacarias, São Paulo. The audio narrative adds to the one built by the images and the audience must follow the works using binaural headphones. In video art, still images from digitally manipulated photographs gain movement, presenting new situations and complementing the narrative. 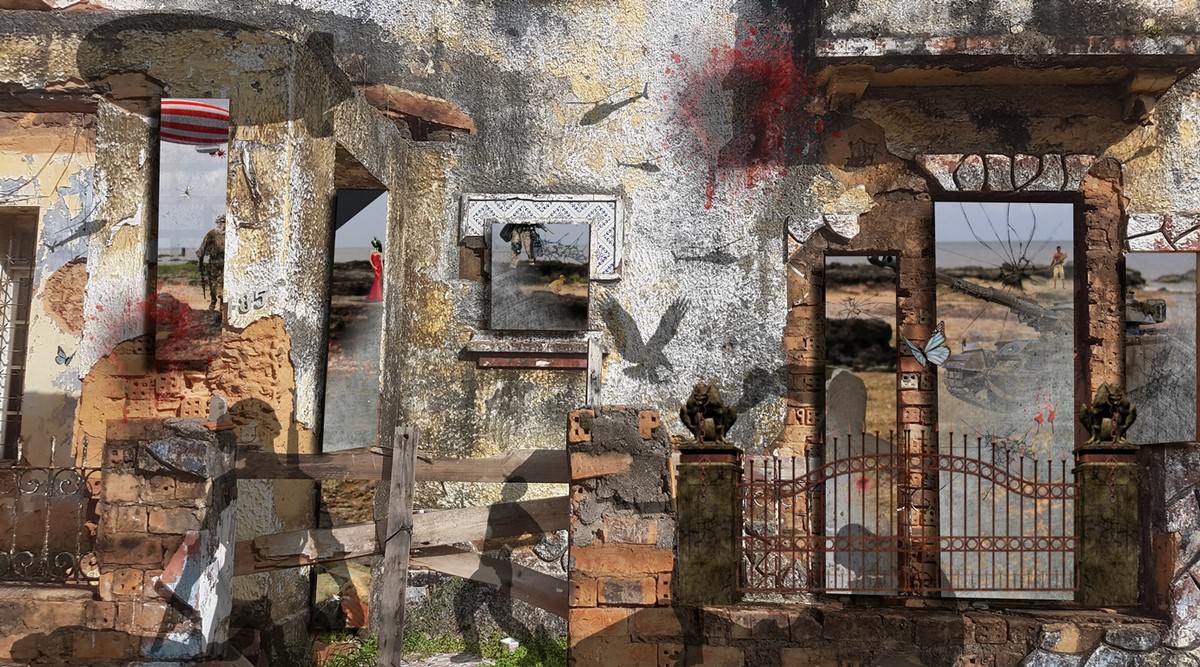 From physical to virtual

The idealization of the work began well before the emergence of the coronavirus. FOTÚRETO GARDENS was one of the selected projects in 2019 by ProAC (Cultural Action Program) for the production of unpublished visual arts exhibitions in the State of São Paulo. If it weren't for the pandemic, the core 2 would have taken the multimedia installation with the series of face-to-face performances for a season of eight open-air performances and promoted two indoor exhibitions.

Bypassing the obstacles imposed by social distance, the performances will now take place in lives (no YouTube e Facebook), and the material captured will be incorporated into the site. Lives will be held on 8, 9, 10 and 11 July (wednesday to saturday), to 21 hours, with the performers Andressa Maria, Icarus Negroni, Reni Trombi and Savio D’Agostino.

When looking at the site, each viewer can have a different experience. Artist Jef Telles points out that, from the hybridity of languages ​​present in the installation, the virtual environment expands the possibilities for the public to relate to the work. "To video art, the photography, a narrativa binaural e as performances, captured from lives on social networks, help the audience to build their own meaning, as if each of these layers were complementing each other ”, the firm. “With each click of the viewer, a new chapter is composed, with a new language ”, Adds.

The site with the installation FOTÚRETO GARDENS will also bring a mini-documentary on the concepts and means of development of the project, that will help the public to understand the surrealist universe in which the work is inserted. Telles notes that transporting the project to a virtual platform enhanced the experimentation already present in the work of the Nucleus 2.

“Developing a work for digital has been an interesting research, rich and challenging. I believe that art is made of difficulties and these generate other forms of communication. It is a moment like this that we go through, and Jardins do Fotúreto proposes a relationship of interactivity. Before, not physical plane, people would have to move from their homes, now, will have the work inside their mobile devices, notebooks, computers, that is, another place, that changes the language, by way of communication, and we seek to make this dialogue. ”

The Core Grouping 2 develops his research involving the fusion of several artistic languages ​​within the field of performing arts since 2011. His first work in this area, "Process: Metamorphosis", consisted of producing an urban intervention, captured by a cinematic look and later transformed into an audiovisual work.

In 2013, the group presents “Quadrado”, experimental multimedia show. Within the hybrid universe, develops the ambitious project “Essays for Nobody”, from 2015. That year, with the proposal to further verticalize their experiments, the core 2 assumes itself as a multimedia collective of integrated arts.

In 2016, the group performs, with the partnership of Sesc Rio Preto, the first edition of the “Teatrópolis” project, that in 2019 unfolded the work “Teatrópolis - A Casa de Noz”. It also produced, among other works, "Going - What We Did We Are" (Nelson Seixas Award 2017) and “Gallery for Cemeteries” (ProAC Integrated Arts 2018).

The collective was born in 2006, from a group of students from the former Escola Persona de Teatro, from São José do Rio Preto.

*At the premiere, the public will be able to chat with the artists at the same time as accessing the site, in an online vernissage broadcast live on the YouTube channel (Core Grouping 2) and Facebook profile (@ groupingonucleo2)

Machines and humans get confused in the serial production of our avatars. Mixing photography, binaural video and audio, the first virtual work of the Core Group 2 confines within today's surrealism to discuss the mechanism of tomorrow. Or mechanic tomorrow? Access the website, put on your headset and discover the Fotúreto Gardens at your own risk. It may be that you're already inside it.

Design, Direction and Audiovisual: Jef Such

Previous: Museum of Art of Rio - MAR launches program of Escola do Olhar Online
Next: COVID-19: With the increase in suicide cases, illustrator launches book against depression