Home / Art / SEA inaugurates the exhibition "Rossini Perez, between the Hill of health and Africa "

SEA inaugurates the exhibition "Rossini Perez, between the Hill of health and Africa "

SEA inaugurates the exhibition "Rossini Perez, between the Hill of health and Africa "

From 28 from July to 25 October
Ground floor of the exhibition hall
Gallery Talk: 28 July, às 11h 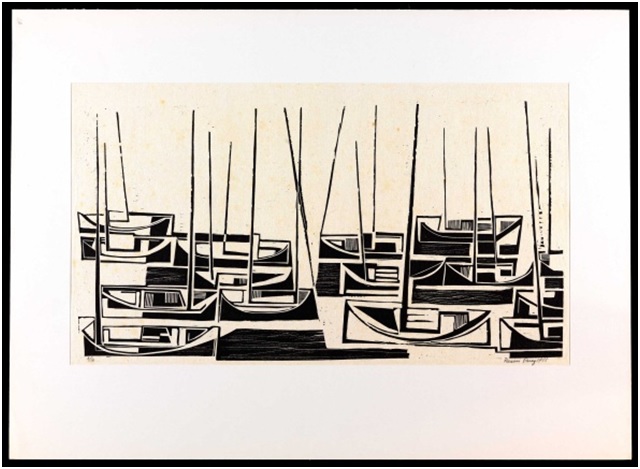 The Art Museum of the river-SEA, under the management of the Institute Odeon, features Rossini Perez, between the Hill and the Africa health. In poster from 28 July, the exhibition brings about of 200 works that invite the visitor to an immersion in the artistic career of Rossini and the plurality of his work with engravings, paintings, sculptures, pictures and objects. Marcelo Campos, one of the curators of the exhibition, explains that Rossini is an artist who appeared in the most important moments of engraving in Brazil, through the impact of concretism and utilizing the geometrization of the shape as a symptom of contemporary times.

Rossini Perez was one of the main responsible for spreading the practice of engraving in Rio de Janeiro and in the world. His dialogue with the urban space begins in the early 50, but its passage by the Museum of modern art of Rio de Janeiro – MAM, When the workshops of engraving were deployed before the inauguration of the Museum, puts you at the Centre of discussions about the expansion of modern vocabulary and the abstraction implementation. MAM, assisted artists like Edith Behring and Johnny Friedlander, and worked alongside names like Anna Bella Geiger and Thereza Miranda, that will also be represented at the exhibition.

Already in the 1970, the artist is invited by the Minister of external relations of Brazil to teach the technique in Senegal. In Africa, Rossini teaches local artists a new representation of art turned to its origins and just influenced by the discovery of a new world of colors, images and African society, In addition to jewellery objects and various elements that incorporate plastic vocabulary. Its sophisticated representation of the continent runs the obvious with works inspired by hairstyles, Hanks, We twisted and contortions of matter. "His experience in Africa, with the teaching of engraving, make your production which shall accept the color with vivacity, now watching free fairs, patterns etnics, hairstyles, retracing a historic bond between Brazil and Africa”, says Marcelo Campos.

In addition to working with engraving, the artist was witness to the destruction and remodeling of Rio de Janeiro, registering constructions that have disappeared from the carioca landscape, as the Monroe Palace, originally designed to be the Brazil Pavilion at the Universal exhibition of 1904, in Saint-Louis (USA), and destroyed in 1976, the military dictatorship. Rossini was the note at the same time as anthropologist and Archivist, photographing methodically and leaving impressions in terms of note, collecting furniture, tiles and mirrors, displayed in the exhibition, turn the visitor into spectator of transformations that occurred in the city.

Paulo Herkenhoff is the Cultural Director of the sea and Rossini Perez, between the Hill and the Africa health has curated by Maria de Lourdes Parreiras Horta, Marcelo Campos and Marcia Mello. The exhibition opens to the public in 28 July and remain at SEA until 25 October. To mark the inauguration, on 28, the 11:00 is a Gallery talk with the presence of the artist and of the Trustees.

The Museum has the Globe Group as maintainer and the BG Brazil as sponsor, Besides the support of the State Government of Rio de Janeiro and the realization of the Ministry of Culture and the Federal Government of Brazil, by Federal Law for Promotion of Culture. The management is left to the Odeon Institute, a private association, nonprofit, whose mission is to promote citizenship and the social and educational development through the realization of cultural projects.

Address: Praca Maua, 5 - Center. Check out how to get:

Previous: Mônica Moraes in the Land of Garôa by Edmundo Cavalcanti
Next: Gabriela Muente