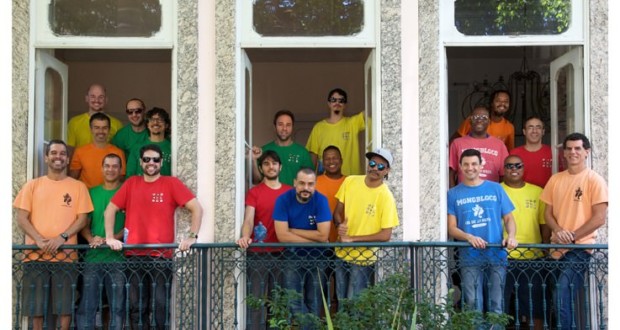 Flying Circus will stage the Globe that happens on the day 21 from
February, Sunday, a partir the 19h

Revelers, keep not even his costumes and props. Is that on the day 21 February, Sunday, the Globe will organize a big party for those who like to enjoy the revelry of Momo till the last minute. The River Station-station project that creates opportunities for community living and appreciation of cultural traditions to the population – will lead to the Flying Circus, in Lapa, at 19h, free shows of the Monobloc and fire & Passion, known groups of the carioca Carnival.

Since 2011, the genre "corny" took care of the Rio Carnival with fire & Passion-block making a fun retelling of classic with new arrangements that blend rhythms such as samba, xote, Frevo and ciranda. The repertoire, Rosana songs, Reginaldo Rossi, Sidney Magal and Wando, author of the hit that gave its name to the Group.

The Monoblock takes the stage in response to a presentation that incorporates several musical styles and rhythms to the beat of the samba. The voice of the singers Pedro Luís, Renato Biguli and Pedro Quental, the show relies on repertoire that goes from traditional music of João Roberto Kelly to the samba de Cartola and Clara Nunes, passing by the forro of Luiz Gonzaga, even songs of Paralamas do Sucesso, O Rappa, Cidade Negra, among others.

About the River Station:

The third season began in June 2015 with PIP's presentations and Nando Reis in Burned. In the sequel, the project received Latin and Olodum (Palm piscinão Palm), Ludmilla and All in the mind (Belford Roxo), Projota and Jota Quest (São João de Meriti), Rust and João Bosco Vinicius and (Itaguaí) and Dream Team of Paget, Swing & Sympathy, Blitz and Hummingbird battery (special new year Edition in Nilópolis).

Previous: Course of conservation and restoration in its Museological Interdiciplinaridade – NEW CLASSES
Next: Sea of Cultures invites experts to talk about anxiety disorders and disorders of contemporary society