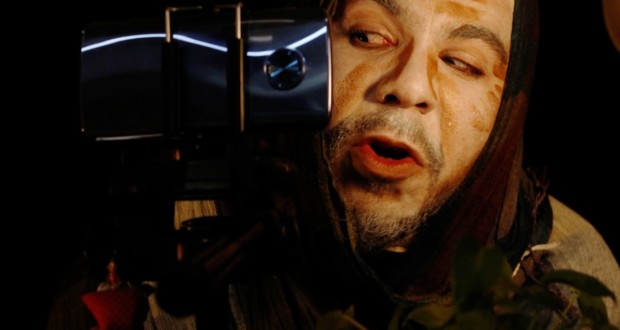 Online event that happens from 23 to 30 of April will bring in its programming works from nine states within the Scenic Connection module, presenting an overview of theatrical production in times of pandemic

Nine projects designed by artists, groups and collectives from nine Brazilian states will provide an overview of scenic production in times of pandemic at the Resistance Scenic Show 2021, What happens between 23 and 30 April. The works will compose the Scenic Connection module within the exhibition idealized by the Company. Scenic, theater company based in São José do Rio Preto (SP). For the first time, the event will be held in a virtual way and in partnership with the groups Grupamento Núcleo 2, GAL (Madness Support Group), Black PalaBRas and Teeth Spring.

The curatorship of the Scenic Connection module disclosed the list of the nine projects that will compose its programming, such as, seven selected and two guests, divided between theatrical performances, performances and experiments. The module is a show of performing arts aimed at the adult audience and received 226 subscriptions from 18 States and the Federal District. Submissions have been sent to the states of Amazonas, Bahia, Ceará, Espírito Santo, Maranhão, Minas Gerais, Mato Grosso do Sul, Pará, Pernambuco, Paraíba, Paraná, Rio de Janeiro, Rio Grande do Norte, Rondônia, Rio Grande do Sul, Santa Catarina, Sergipe and São Paulo. The states with the largest number of subscribers were São Paulo (121), Minas Gerais (20) and Rio Grande do Sul (17).

The projects were evaluated during the 15 to 22 March, by a commission formed by three Cia artists. Scenic: Andrea Capelli, actress, dancer and dance teacher; Beta Cunha, actress, theater director and teacher, and Fabiano Amigucci, actor, theater director and teacher. According to Beta Cunha, the choice of projects by the curatorship was based on the artistic relevance of the proposals and the technical quality of the materials sent, as well as in the rules contained in the MCR call notice, published in 25 February 2021.

“The program will feature artists and collectives from different parts of the country, carrying out their work in different languages ​​and formats and addressing various urgent and necessary themes for resistance”, pontua Andrea Capelli. In the opinion of Fabiano Amigucci, the work of the curatorship provided its members with an immersion in a universe of works that represent a lot of scenic production at the present time and also enabled access to high quality works, artistic relevance and potential.

In addition to the works that will compose the Scenic Connection, the proposals present in the Cabaret of MADRE were defined, cabaret with artistic numbers under the theme LGBTQIA +, curated by the GAL, which opened registrations exclusively for São José do Rio Preto, receiving 26 proposals. Six artistic numbers were selected, between performance, hybrid music and arts. “In such dark times, receiving such colorful and diverse proposals is like a breather in chaos ”, says multi-artist Murilo Gussi, LAG director and module curator, whose selection prioritized works by artists from Rio de Janeiro from the LGBTQIA + community.

“More than talking about, it is necessary to listen. Thank you for each subscription, I investigate ways to further strengthen our web and vibro through a celebration of pride and freedom in our cabaret ”, complements Gussi. The module will also feature four presentations by invited artists, of the states of Minas Gerais, São Paulo and Paraíba.

In addition to MADRE's Scenic Connection and Cabaret modules, the MCR will be split between the WinMostra INSTAntes (video art show, with production and curation by the Nucleus 2), the Black PalaBRas Soiree (poetry soirees, performance, storytelling and music, produced and curated by Pretas PalaBRas), and the Feminist Economy Roses Fair, Creative and Solidary (bazaar and training activities related to the creative and solidary economy, with production and curatorship of Coletivo Primavera nos Dentes).

There will also be a series of meetings, in webinar format, in which different guests will talk about topics related to the exhibition modules and exchange knowledge with the public, and also a chat (closed activity) about the works presented at Conexão Cênica.

This is the fourth edition of the Resistencias Scenic Show. The project is carried out through the ProAC Expresso Lei Aldir Blanc nº 40/2020 - "Production and Realization of a Creative Economy Culture Festival with Online Presentation", of the Ministry of Tourism, Special Secretariat for Culture and Government of the State of São Paulo, through the Secretariat of Culture and Creative Economy.

The program will be broadcast on Cia channels. Scenic and collective partners. More information about MCR is available at:
ciacenica.com.br/sit/mostraresistencias2021