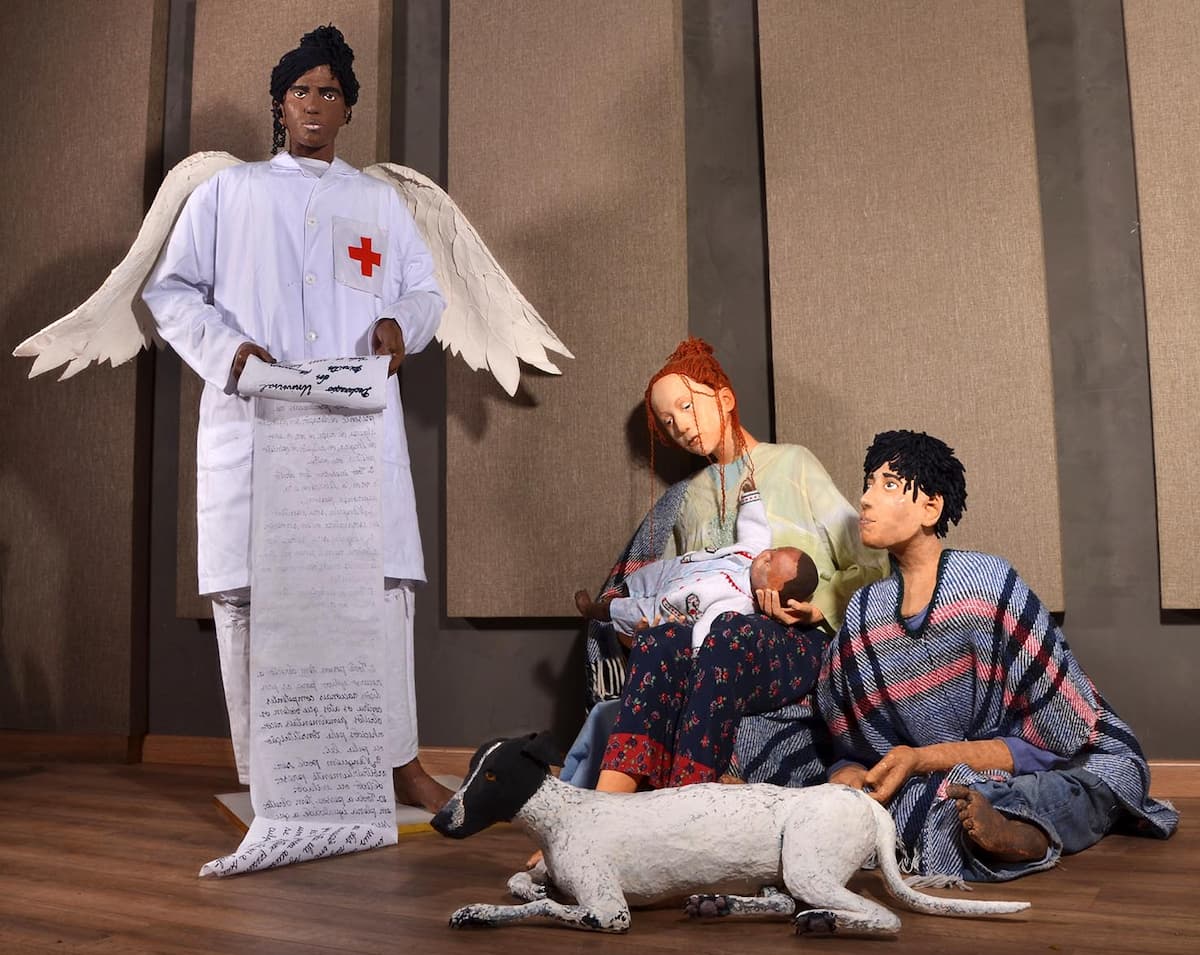 Museu de Arte Sacra de São Paulo – BUT / SP, institution of Department of Culture and Economy of the State of São Paulo Creative, open to exhibition “The Boy was Born – Natividade em Papel Machê”, of the artist Madalena Marques, under the curatorship of Jeison Lopes Pereira and John Paul Berto. The thirteen sets of nativity sets in papier-mâché will be on display in the exhibition space of the MAS/Metro Room - Tiradentes Station and is one of the highlights of the institution's Christmas period commemorative exhibitions.

The exhibition confirms the passion and dedication of Madalena Marques to the technique he chose to dedicate himself to and which he applies with mastery. The sets of characters developed take us on a tour through different moments in the History of Art, using the Nativity scene as the central theme. From paintings by different authors, both national and international, the artist extracted the main scene and created three-dimensional reproductions, trustworthy, in papier-mâché. The public will be able to see both the origin of twelve sets through a photographic reproduction of the original work and the artistic 'reading' of Madalena Marques of the same pieces. restless and creative, the artist presents us with an additional original set, of his own, where you insert the Nativity scene nowadays, with the scenario that is present around the world of risks and restrictions; without ever losing hope for tomorrow.

“Madalena Marques inserts and updates the discourse in light of contemporary Brazilian problems. With this, she does herself, also, part of the history of art and culture that inspires her so much and in which she seeks her references", define the curators Jeison Lopes Pereira and John Paul Berto.

the papier mache, technique chosen by the artist, is a capricious material that brings challenges and demands a lot of patience.: it is necessary to study the drying times; add little by little the various layers of dough until the work starts to take the desired shape; assemble the structure of bodies between skeletons and fillers; build each hand and foot in a unique position; trim the pieces; prepare temperings by hand for polychromy; making clothes in an amalgamation of techniques such as painting, embroidery, crochet and knit; and, finally, produce hair in wool or thread for each of the characters represented. Proportionate to challenges, however, are the paths and possibilities offered by the versatility of papier-mâché. The intrinsic multi-materiality of this support and the feasibility of exploring the different areas of artistic knowledge are enchanting and surprise the artist in each work.. 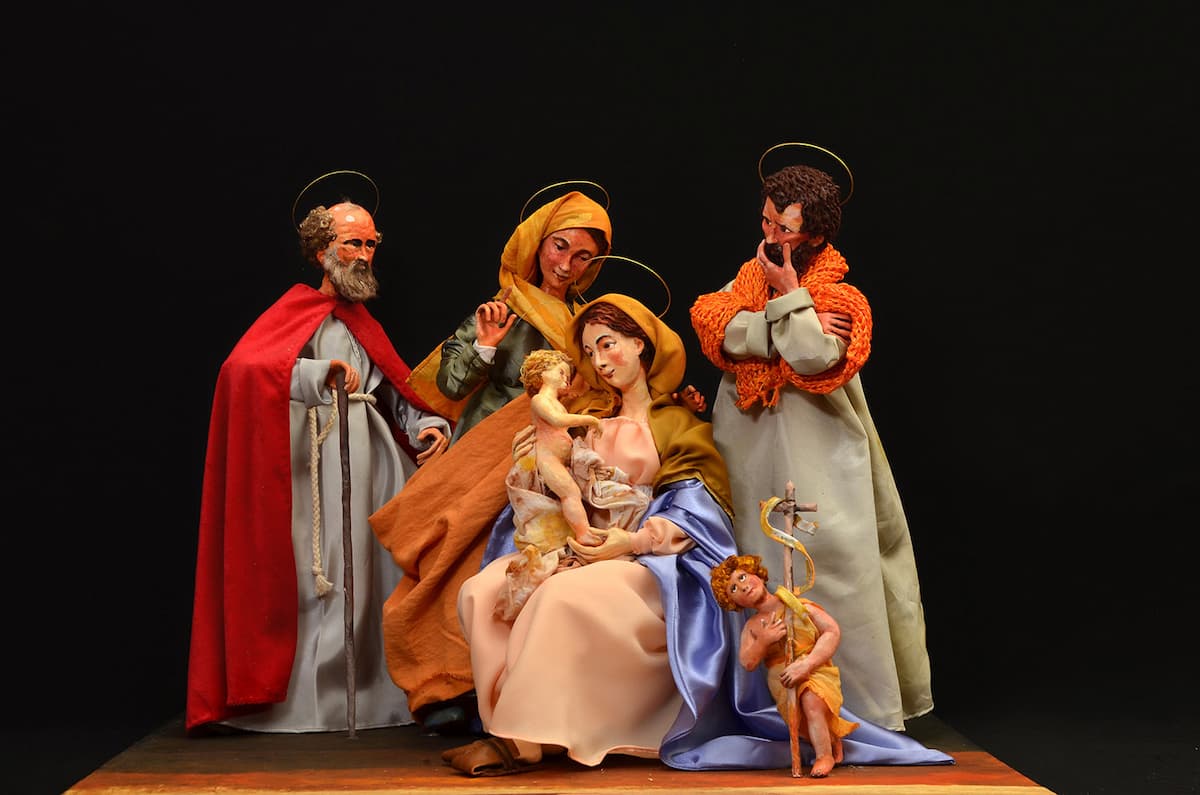 “By choosing to work with cribs in an unusual pandemic year, I was able to experience the essential values ​​of life: of the family, of the love that is reborn every day, of fraternal union and the role of spirituality in harmonizing human issues. Be inspired by the works of the great masters or my own version of the Jesus Christ birth scene, these were the aspects that I tried to bring into each sculptural group. Sure it's in the fraternity, in selflessness and humility that we will build a better society, fairer and more equal.” Madalena Marques

Your production in paper mache is vast, but it is in portraiture that it acquires great wealth and a highly innovative plastic result, the result of a course of study and experimentation. Single family, early he used creativity to invent their own puppets. With mother, He learned not only the techniques of embroidery, but to observe nature, your details and your wealth. He studied Fine Arts and worked as inker on a television station. In 1994, He moved to São Paulo, where married and their continued formation. your work with paper mache started still at 19 years; It resumed during childhood of his daughter and, finally, It gave rise to its miniature design national artists. Inspired by sacred works from the sixteenth to the eighteenth of imaginary light, united in their great detail sculptures, joining techniques and diverse materials, representing lightly the intense expressions of the human figure.

Previous: Launch of Icon Assessoria Magazine
Next: The work of the Santa Catarina neuropsychologist Leninha Wagner is recognized with honors in Rio de Janeiro