“Rauzier recreates his imaginary architectures and unbelievable, If using a search for the most unexpected and theatrical effects in a style that belongs only to him and that makes his work something incredibly unusual”. Marc Pottier-curator

Exhibition: from 18 august to 20 September

Incentive Act to Culture-Ministry of culture and the Insurer 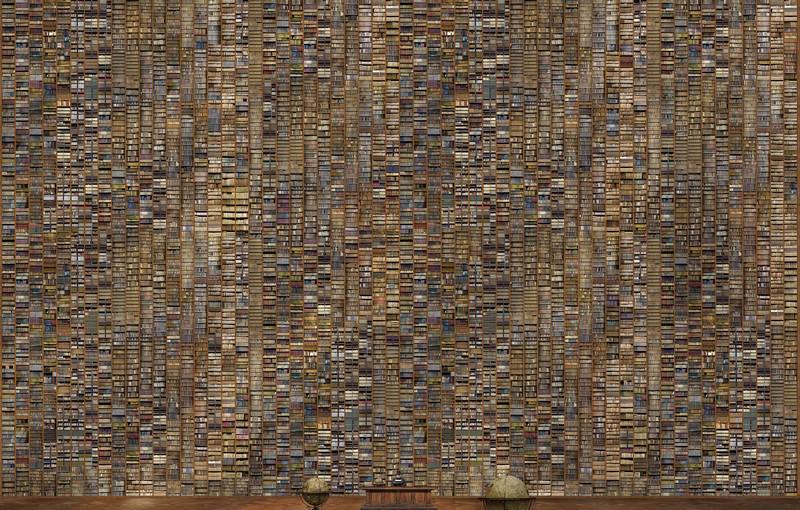 In the context of the celebrations of the 450 years of the city of Rio de Janeiro, the Museu Histórico Nacional Opens the day 17 August, Monday, the exhibition "Hiperfoto-", the French photographer Jean Francois Rauzier. The show features 31 stunning images of landscapes, the architecture and environments of Rio de Janeiro prepared through an authorial technique never before seen. To be produced the hyperfotografias of Rauzier go through a long and complex process. Manipulated in computer, some of them, including, reach a volume that may suggest a two-dimensional sculpture. In addition to the hiperfotos the video "City Never Sleeps" 2015 – a video teaser of 60s on a hiperfoto mile, sailing for New York, also make up the shows.

The exhibition provides the viewer know images whose intensity go beyond the normal. In one work the public can view everything and, at the same time, only what he wants. With his eyes he can walk in the image, see a detail, move backward to see it in its entirety, building your own history of the work. 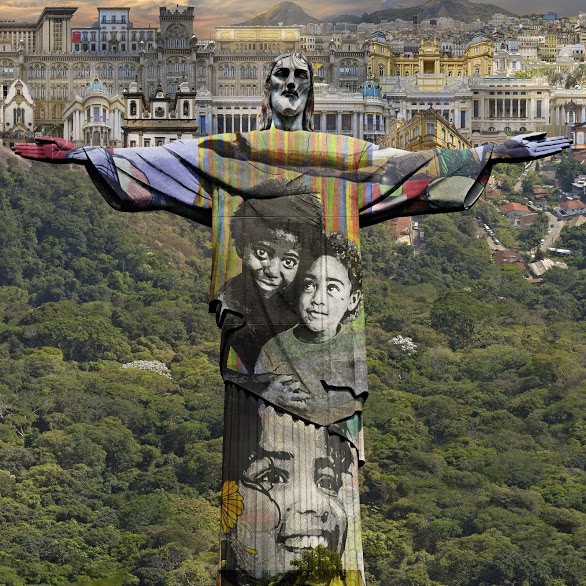 “The word intensity fits perfectly to the works of this artist. Your photographs, printed in huge formats, intensify the world upon which he sets his sights. With the computer it manufactures a hipercolagem where in each of his works are gathered numerous images shot during your travels, creating a kind of marriage between the macro and the micro, the virtual and the real as well as imaginary. In this way, He shows us an original and exceptional version of the cities, the landscapes and the issues that it addresses”, claims the Frenchman Marc Pottier, Curator of the exhibition. “The Viewer is invited to hunt for details and if he sees all at the same time, all the elements of memory of the theme addressed in a single image, He should participate in patient and attentive way of replenishment proposed. If he wasn't a photographer, We could think of Jean-François Rauzier as a painter of the supernatural that composes his works from small brush strokes on a canvas“, Adds the curator.

“Our brain memories are able to save a huge amount of details, These we can even describe, but never show in a single image. What I try to do is just that: get hundreds, thousands of images, all the details, as if it had a camera in my eyes“, explains Rauzier. “I am very happy with the opportunity this exhibition. Tribute to Rio de Janeiro is if you let overwhelm visually, plunge into the heart of the charming universe carioca, admire its splendor, find out their contrasts”, complements.

“This exhibition proposes a great trip from Rio de Janeiro where the viewer can recognize among the images some icons of the city as the famous Christ of Corcovado, the convent of St. Benedict, Lage Park or the ladder Selaron da Lapa, While the public will break your head in an attempt to identify certain details of lesser-known monuments of the big tours as the staircase of the national library, the Ministry of finance or the Automobile Club. Some images become large kaleidoscopes that become dizzying sometimes in large magic masks honor subtly the astral of the wonderful city”, says curator Marc Pottier. 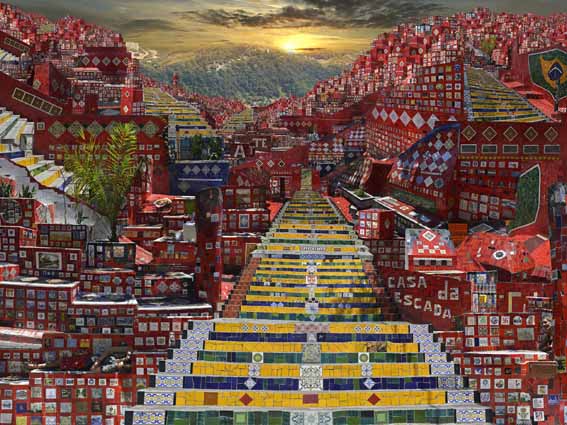 The work of Jean Francois Rauzier dialogue with Cubism, the mosaic, the surrealism, the Baroque and the two-dimensional sculpture. For this exhibition the photographer captured more than eight thousand images in October 2014 in the city of Rio de Janeiro. The artist hiperfoto technique research since 2002.

The exhibitions in Brazil will have a motivation to Jean-François Rauzier. The photographer had hinted a collective work with the participation of Brazilians. Any person of any location of Brazil can participate with a photo. Simply send the image of buildings to www.hiperfoto-brasil.com until day 20 September 2015, When the exhibition in Rio de Janeiro closed at the national historical Museum. Applicants must enter the website to find out about all the details of how to participate. All selected will receive a digital copy of the work.

The exhibition "Hiperfoto-" part of the project "Hiperfoto-Brazil" designed and produced by the company KDB Partners Consulting. The photographer also participates in chat at the Alliance Française de Botafogo day 13 August, às 19h30, with free entry to talk about his artistic career, the hiperfotos and the river. 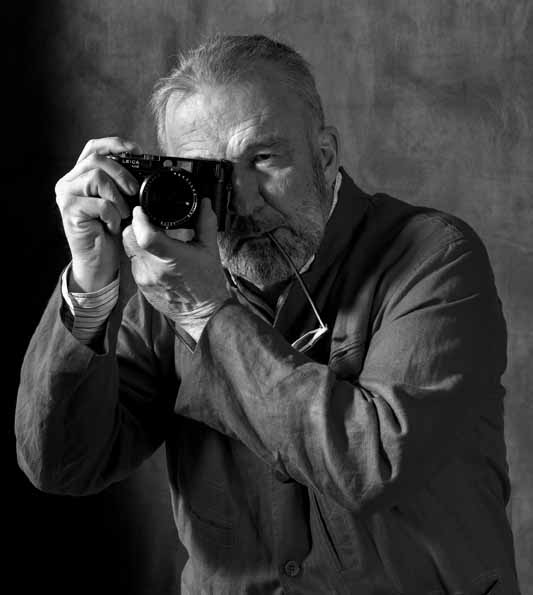 Unconventional creator of a postmodern dream world, Jean-François Rauzier wonders, through their hyperphotos, about the future of our heritage. With their worlds chimeric, It offers a reflection on our perception of the world and about the great themes underpinning our societies: the culture, Science, the progress, the oppression, the ecology, the utopia, freedom, the health… Recognized for his imaginary architectures and for its numerous cultural and popular references, He turns the remnants in real utopias and questions the city of the future, as well as our place in the modern world, through different construction standards. Called "re-charming the real" by art critic and exhibition cured Damien Sausset and placed at the same level of artists "numeric" Baroque by the exhibition curator Régis Cotentin, Rauzier has had his work exhibited in several international institutions (Annernberg Foundation of Los Angeles, Palace of fine arts de Lille, MoMA in Moscow, Cultural Centre of Brussels, etc) and is present in contemporary art collections (Louis Vuitton, Cultural Institute B. Magrez, City of Versailles, etc..). (www.rauzier-hyperphoto.com)

Began working in contemporary art through the world of auctions, Subsequently he held-if the collection of modern and contemporary art Sawada (Nagoya, Tokyo, Paris, New York). For eight years he worked in the French Ministry of Foreign Affairs and was Cultural Attache in Rio de Janeiro and Lisbon. Since 2007 again became independent curator. Organized important exhibitions such as "Aleksander Rodchenko" MAM-SP, "Picasso Ceramics" in Rio de Janeiro and "Luzboa – biennial of Light", in Lisbon, In addition to cultural circuits for cities like Venice, Paris and New York. Was responsible for curating and the coordination of events and exhibitions as "Iranian Pulse" (Oi Futuro, RIO DE JANEIRO, BH and SESC Vila Mariana São Paulo 2011-12) and "Elles @ Pompidou" (Centre George Pompidou, in Paris, CCBB-RJ, CCBB BH). He is the author of the book “Made by Brazilians” (Enrico Navarra Publisher) with reports of 230 people who represent the world of contemporary Brazilian art. Was guest curator of the 3rd Bienal da Bahia, in 2014 and the curator responsible for the creative invasion "Made by… Made by Brazilians in Matarazzo in Sao Paulo.

Consulting and production of cultural projects based in Paris and Rio de Janeiro. Among his productions, stand out: exhibition of prints by Picasso in Rio de Janeiro and São Paulo; retrospective of Haute Couture of the years 60 RJ and SP, Visual Arts with smartcards with Art in Direct – France/USA, Influence management with internet, Design arches with JFR, among others. 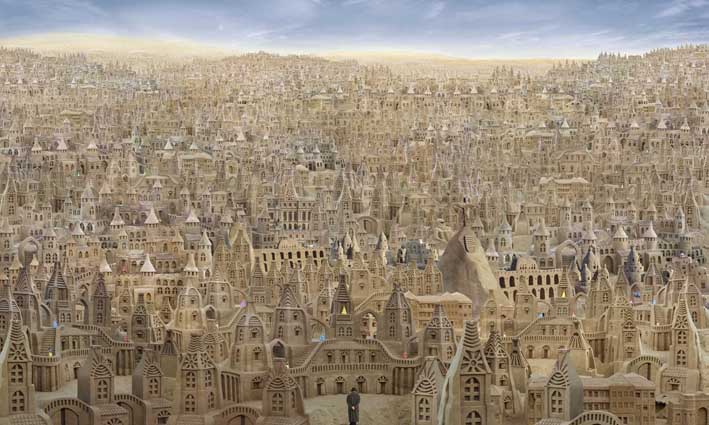