Works by Aleijadinho and Luís de Camões are up for auction

Productions by Brazilian painting masters will also be available for bid

From 8 and 9 September, to Dutra Auctions perform the auction of important works of art. Among them is the sculpture “Our Lady of Sorrows”, made by Antônio Francisco Lisboa, popularly known as Aleijadinho. The statue was produced in the 18th century, in the State of Minas Gerais, and is 73cm tall. The lot is the 175 of the event. According to Luiz Fernando Dutra, official auctioneer of the event, for this batch, they are accompanied by the splendor with starry arches and a dagger with chrysolites on the handle, all silver.

The lot will also be auctioned with 150, which is a carved wooden image titled “Christ Crucified”, which is also another composition by Aleijadinho. The work was also elaborated in the 18th century and has a total height of 1.03m. Also produced in Minas Gerais, creation represents Christ on the cross with a rag covering his nakedness.

Dutra highlights the batch 2, two books that bring together four volumes entitled “Lusíadas de Luís de Camões”, edited in Madrid, in Spain, in the year 1639. In the work, both cover pages have autograph document.

Dutra highlights the batch 300, a relief made by Frans Krajcberg entitled “Projected Leftover”. The creation of 1.78m high and 56cm wide was produced in the last century in naval plywood. A collection of drawings by important masters of Brazilian painting will also be auctioned.. Among the illustrations is also an image painted by Krajcberg representing Leningrad, in the former Soviet Union. The work measures are 30cm high by 40cm high, she is the lot 37. 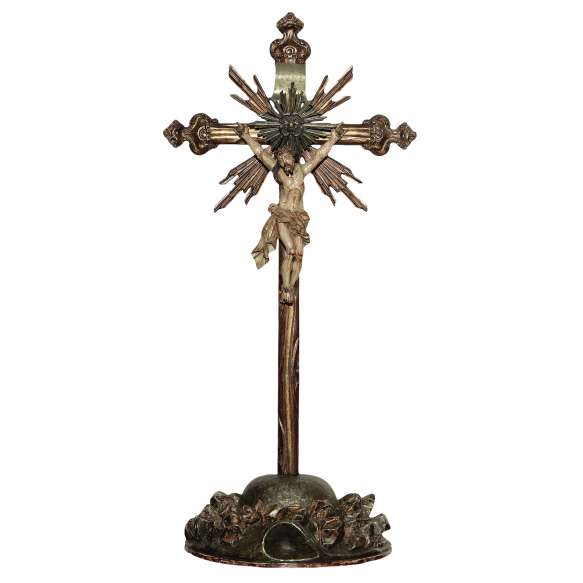 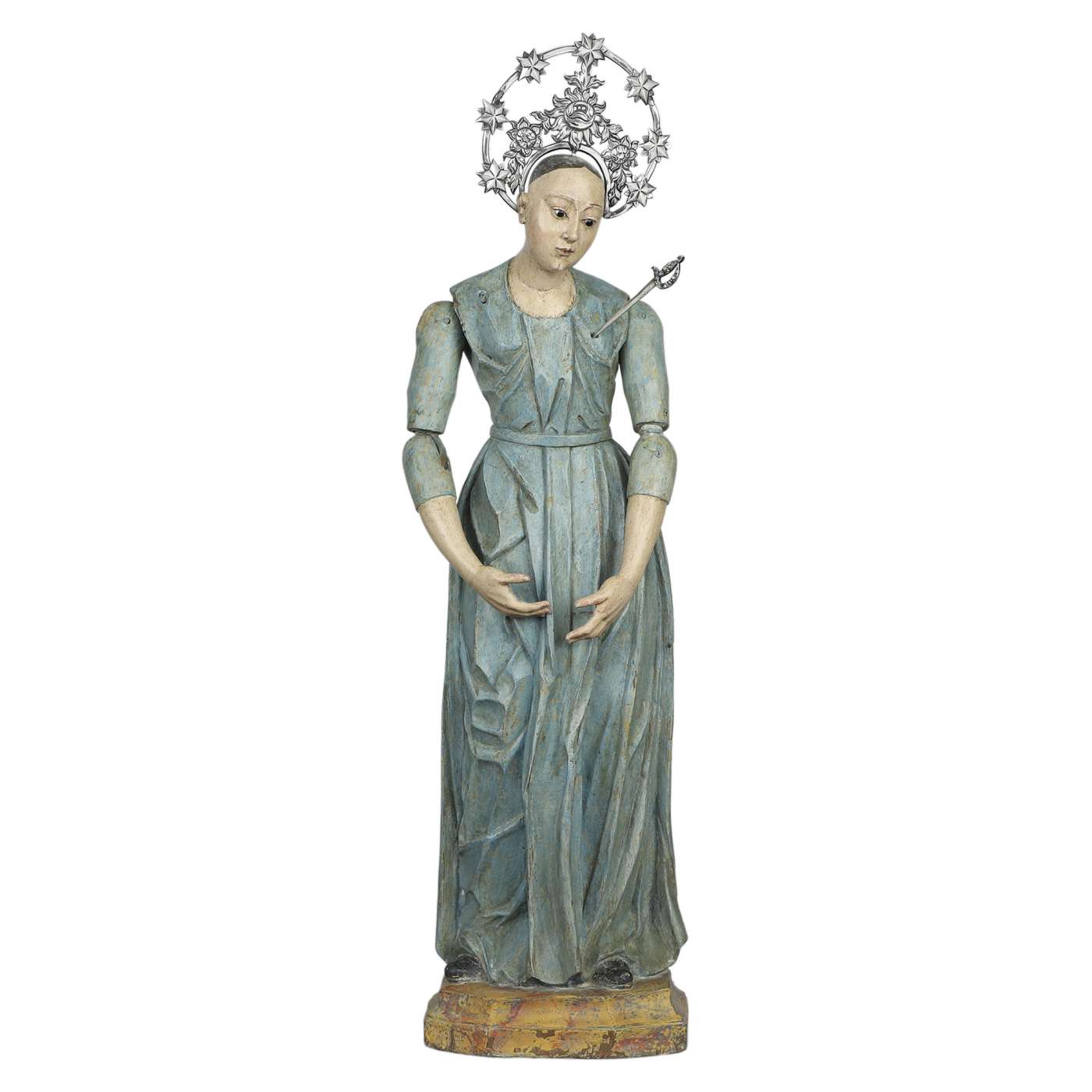 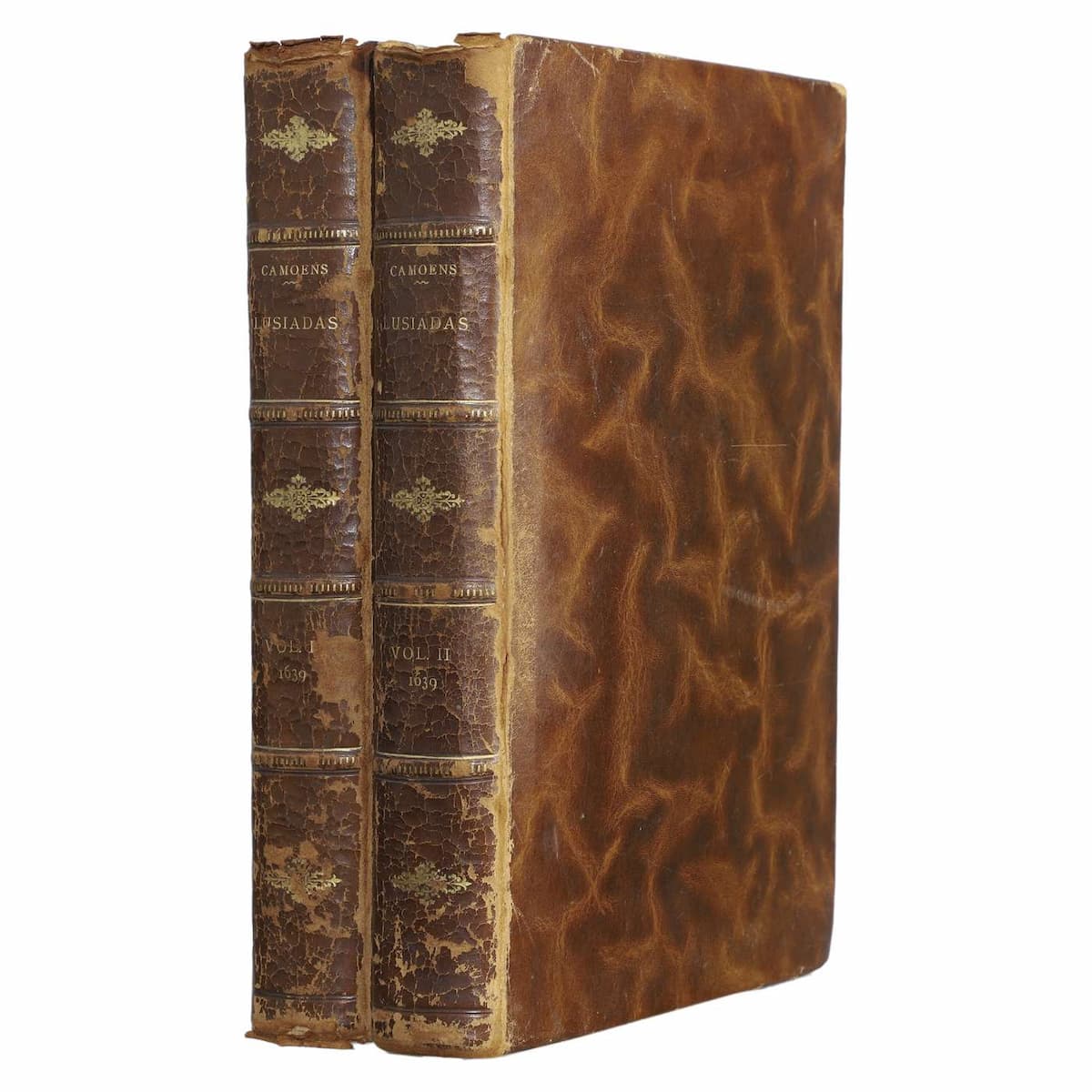 There is also the gouache painted by Antônio Bandeira in 1946. the lot 103 is the image of a landscape with figures on a lake that measures 29.5 cm in height by 42,5 cm wide. Anita Malfatti, also has a painting that will be auctioned., the lot is the 33. In it, a rural landscape with a couple of farmers is presented on the paper with a watery stroke of India ink pens.. Has 22,5 cm and 25 M width.

A work by Alberto da Veiga Guignard called “Ouro Preto” will also be available to interested parties, the lot is the 84. It is a watercolor painting made with India ink pens that is 26.5 cm high by 37.5 cm wide and represents a city seen from the base of a hill.. Guinard will also have the lot in the auction. 85, which is his other ink painting called “Galeão”.

Emiliano Di Cavalcanti will have his work “Nu Feminine”, made with pencil on paper, touted under the lot 58 available for bids. The design is 45.5cm high and 36cm wide. There is also the painting of dry pastel on paper 1.80m high by 1,50 M width, prepared by Hildebrando de Castro, is the lot 240.

Almeida Junior's work called “A Modelo” is the lot 52 and is 22.5cm high by 35cm wide. In it, a naked woman poses for the painting that was done in a watery way with an Indian ink pen.. Another work with some similarity to the previous one is the painting by Vicente do Rego Monteiro, this is the lot 40 of the auction and was a study for the famous painting by the artist “Leda”. It is 36.5cm tall and 52cm wide.

To check out all the works cited in the article, go to:

Previous: Adélio Amaro receives honor from renowned Academy
Next: How to set up an office in your home?