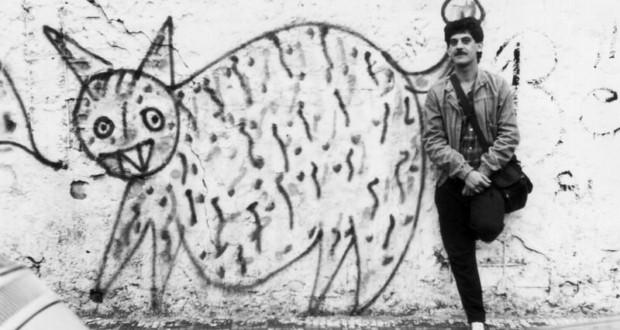 Ozi – 30 years of urban art in the Cultural BOX Brasilia

The Cultural BOX Brasilia presents the exhibition OZI – 30 YEARS OF URBAN ART IN BRAZIL, curated by Marco Antonio Teobaldo. Ozi is the stage name of Baiju Duarte, one of the pioneers of the brazilian urban art, celebrating three decades of work with exhibition at Cultural BOX Brasilia. Ozi stands out, in Brazil and abroad, the research on the technique of stencil, with strong influence of Pop aesthetics. In the exhibition space, the visitor will meet an inventory of an important part of Street Art Brasileira, with documents, photographic records, Testimonials and works of the artist at different types of brackets, dating from 1984 to the current period. The exhibition will be open on the day 10 January, at 18h, with chat with the artist and the curator, followed by visit mediated. The visitation period of Cultural BOX Brasilia is from Tuesday to Sunday, das 9h às 21h. Admission is free. The achievement is the Chimera Cultural Ventures, with sponsorship from BOX, Federal Government.

According to the curator, Marco Antonio Teobaldo, Thanks to the patronage of the Cultural Box, the exhibition OZI – 30 YEARS OF URBAN ART IN BRAZIL managed to gather for the first time a rare material, dating back to the history of graffiti in Brazil. Now, After being visited by over 40 1000 people in Recife, the public will be able to give a little Brasilia of all this trajectory.

According to Marco Antonio Teobaldo reveals, during the research for realization of shows, were interviewed from artists who were part of the first generation of the urban scene until the new artists, tracing a panorama of urban art in Brazil and proving the importance of the work of Ozi in this context.

The exhibition is divided into four segments: Street, Fine art, Arrays and Bio. In the segment "the street", are works in large dimensions, bringing the language used by Ozi in public spaces of large urban centres. The walls of the gallery will suffer interventions with the graffiti artist and will form an immense mural stamped with the Repertoire of Ozi. In "Fine Art", are the works created in various brackets, normally exhibited in galleries and bought by collectors during the trajectory of the artist. Are framed screens, Woods, year, household objects, spray cans and other items, forming a collection of paintings, sculptures and assemblages. Among the works, There are a number of counterfeit handbags with stencil on luxury brands, purchased in the popular street market 25 March, in São Paulo.

In "Arrays", will be displayed for the first time a set of stencil masks of the most emblematic works of the career of Ozi, created between 1984 and 2015. Are true rarities that will be available for viewing by visitors, as the works in the series "Street Museum", with references to artists such as Anita Malfatti, Van Gogh, Di Cavalcanti, Roy Lichtenstein and Picasso. In "Bio", two videos together statements of the artist and professional partners, that run through the history of urban art in Brazil. The personal collection of the artist, are displayed historical imagery of the first groups of graffiti artists and their interventions in the city of São Paulo, graphic material and newspaper clippings. 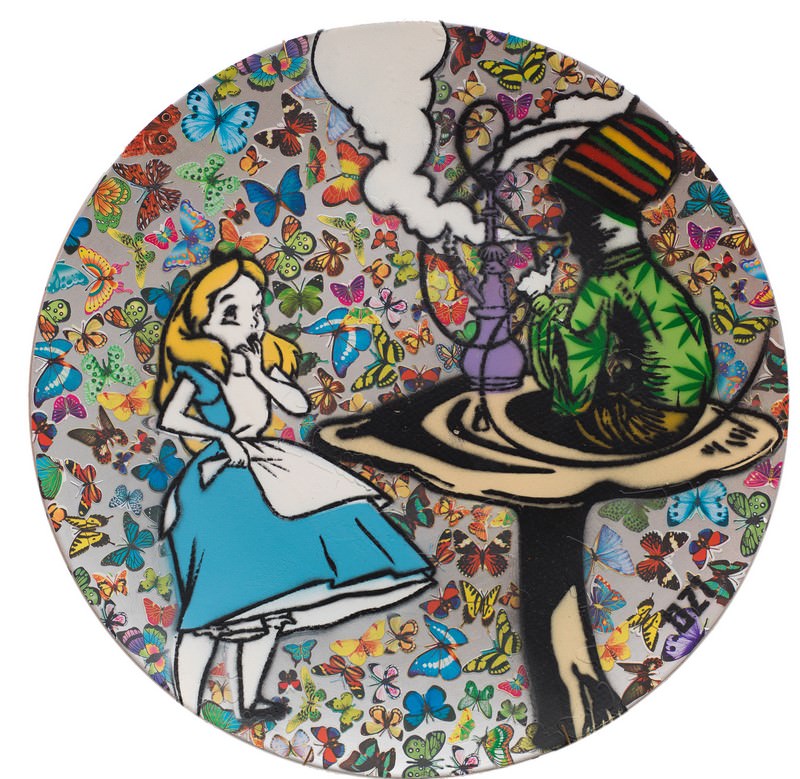 ORIGIN OF THE URBAN SCENE

The Street Art in Brazil appeared in 1978, in São Paulo, during the period of the military dictatorship, with Alex Vallauri, He met other artists such as Waldemar Zaidler and Carlos Matuck, and later Hudnilson Jr., John Howard, Julio Barreto, Ozi and Maurício Veer. The latter opened the doors of his house and turned it into the Gallery Art Brut, that is formed in an area of the underground scene of the time and hosted Visual and performing artists, poets and all manner of visitors attracted by the new artistic way of thinking. It was from the date of these artists, that began a series of speeches and public actions in the capital paulistana, that would make history in the charcoal Brazil.

Ozi is paulistano and is part of the first generation charcoal Brazil, When in 1985 started its first urban interventions, along with Alex Vallauri and Maurício Veer. Since then, has developed his research on the stencil technique, creating his works from a Pop aesthetic. During his professional career, participated in several collective and individual exhibitions in Brazil and abroad. It is currently represented by galleries Espace-L, in Geneva (Switzerland), and A7MA, in São Paulo. His works are included in national and international publications. The artist never stopped studying and today is a graduate degree in history of art at FAAP.

Ozi lived a time when repression stifled and where, He even counts, running from the police and gas pumps was customary. “I remember Alex Vallauri wrote ‘ Diretas já’ and the Mauritius Veiga arrived to paint a Salome with the head of the Sarney in your hands. The general thinking was that anyone linked to subversive or Communist era art”, recalls. Ozi did you learn to do stencil with Veer, I instructed him technically clipping masks. In 1985, recorded on the street his first stencil art, technique that became his trademark throughout his artistic career. 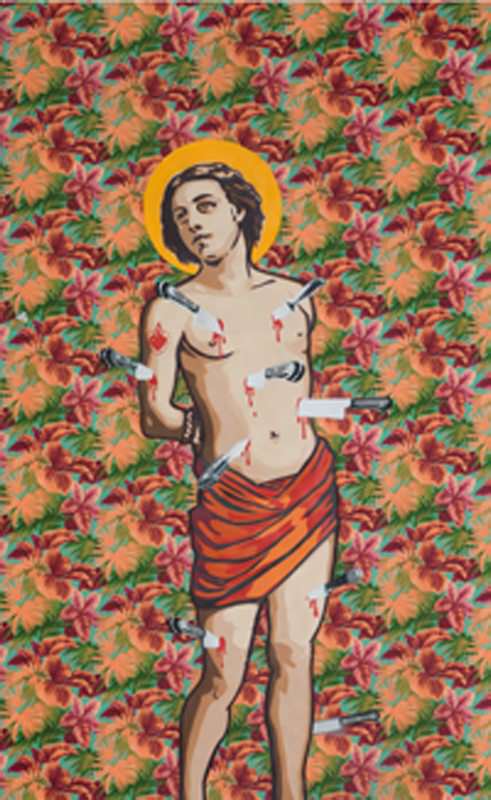 Marco Antonio Teobaldo's journalist, curator and researcher. Master in Curating in new technologies by the Universidad Ramón Llull, Barcelona, Spain. Since 2007, has been working as a researcher and curator of Visual Arts, with special attention to urban art. Currently, Theobald runs Black New Gallery of contemporary art (Port region of Rio de Janeiro), situated in one of the most important archaeological sites of the Slave Route (Unesco), where performs curatorial proposals with Brazilian and foreign artists, bringing together traditional media (painting, drawing and sculpture), photography, new technologies (video, sound art and digital art), urban art and performance. Is resident curator of the House of Tia Ciata, with permanent exhibition about the memory of one of the major references in the history of samba. Along with the visual artist Eduardo Denno, He idealized the Wall – International Festival of Art Poster, in 2008 and 2010, in Rio de Janeiro, they met in its last edition 175 artists from different parts of the world.

Previous: Sacred art and works of aleijadinho are highlight of exhibition in São Paulo
Next: APCA elects the triumph of color as the best International Exhibition 2016