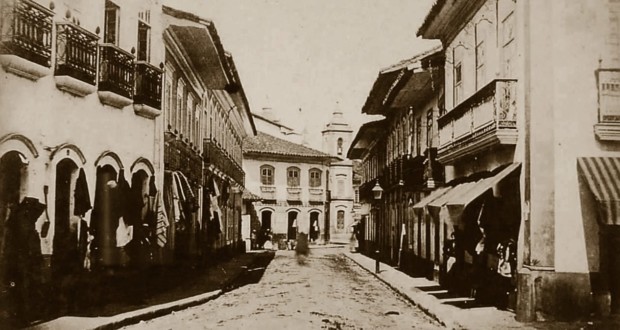 The next day 27 April, Saturday, from 11h to 13h, Professor Mark Fabris ministers to talk Photography and city: urban theater Militão Augusto de Azevedo. Are just 30 vacancies and registration can be performed at the Ema House Museum Klabin site: emaklabin.org.br

The lecture aims to present and discuss the photographic production Militão Augusto de Azevedo (1837 – 1905), one of the most important Brazilian photographers of the nineteenth century.

Known for representing celebrities portraits of his time, including the emperor D. Pedro II, Militão go down in History of Photography with your records of city landscape.

His experience as a theater actor, activity exercised before the photographic practice, will be decisive in innovative ways and methods used for the representation of the city.

According to Professor Mark Fabris, the meeting aims to investigate in particular as São Paulo's capital is represented in his "Album Comparative Views of the City of São Paulo" (1862 – 1887), questioning both the fever photo albums dedicated to the registration of cities as the boundaries between documentary photography and art photography.

Mark Fabris is the doctor FFLCH-USP with postdoctoral studies at Columbia University (New York), University Paris Ouest Nanterre (Paris), MAC-USP, FFLCH USP and UNIFESP (São Paulo). He is the author of books Matches: painting, photo and the picture of modernity, Work of Director - essays on American photo and image and History. It is art critic associated with the Brazilian Association of Art Critics (ABCA).

Previous: Exhibition "Samba Rio: resistance and reinvention "comes to an end after receiving more than 200 thousand visitors
Next: Bahian food class open course cuisine of the Cultural Foundation of Curitiba