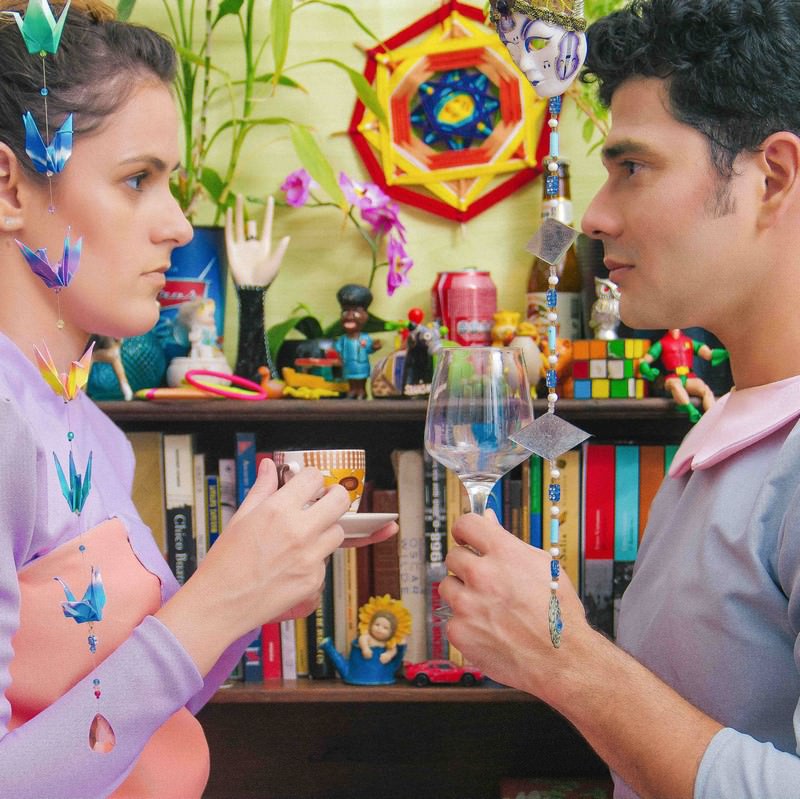 What is the habitat of perfect love: the real or digital? This is a reflection that the show Aquarius proposes to the public. The play tells the story of a couple who dates by means of technological devices without ever having experienced the physical contact of their bodies. But the met physically, Discover identities and different sensations of which imagined before. Produced by the Utopian Theatre Company, the Assembly's playing days 19 to 28 February, in the ruins Park Cultural Center, Fridays, Saturdays and Sundays.

The fiction takes place in a future where the air becomes unfit to be breathed directly, substantially altering the habits of the society. Parallel, virtual communication technologies have evolved to the point of becoming so palpable and real as the meetings. In this hyperconnected world real and virtual fuse causing people to interact in new formats of relationship.

Lilian and Renato are a couple, as well as all the people of this time, that keeps their relationships through AQUARIUS, an interplanetary satellite network that aggregates and promotes a constant stream of Exchange and circulation of content and all users ' information.

They think they know each other very well, sure to suffer serious concussions when Lilian proposes a face-to-face meeting. During the personal conflict, a connection drop puts the network off the air. With the instability and the flashing signal, both see themselves forced to deal with the frustration of the disappearance of an entire virtual reality which were used. This is where discover identities and radically different sensations of which previously designed.

According to Director Nathalia Colon, the Assembly is the result of a survey by the company in a contemporary theme, having based on the transformation of human relationships from the concepts of physical absence versus virtual presence. "We want to propose a debate on the transformations of human relationships in recent times, a comprehension exercise about influence of images on our understanding of reality as well as in love-links.

– A encenação debate os conflitos oriundos do crescimento dos estímulos mentais e projetivos em detrimento do contato físico dos corpos. The feeling that if there is proximity and reality, which leads to the question of the imbalance not configured over years of transformation of communication, culminating in what we call "reinvention of presence" – explains.

Além da estreia do espetáculo Aquarius, the group will perform, during the season, discussions with the Cia about the creative process, In addition to circular arenas with your other Rio show “From Daughter To Mom” included with notice “Live art” – 2015.

Previous: Cultural heritage protection law of Curitiba will be voted on Tuesday (16)
Next: OLiberato pop sound animates the Young public Evenings in Copacabana