Great exhibition of the Bahian artist brings together 63 works, with facilities, photographs, videos, performances and records, Addressing the wounds left by colonial history.

The Pinacoteca de São Paulo, museum of the Secretary of Culture and Creative Economy of the State of São Paulo opens on the 02 April 2022, Saturday, to 11 hours, to solo exhibition “Ayrson Heráclito: Yorubaian”, by artist Ayrson Heráclito. Originally conceived for the MAR Museu de Arte do Rio in 2021, the São Paulo version of “Yorùbáiano” occupies the fourth floor of the Pinacoteca Estação building and is curated by Amanda Bonan, Ana Maria Maia and Marcelo Campos. at the time of opening, the public will be able to watch the performance “Inner Secrets” (1994-2010).

Ayrson Heráclito brings to Pina Estação the strength of African mythologies that arrived in Brazil from the diaspora, the kidnapping and enslavement of several African peoples, especially from the 19th century. In the selection of works, the Bahian artist articulates different cultures, encompassing Yoruba myths or nagôs and jejes, to a unique cultural amalgamation of ancestral knowledge, teachings, legends, different rites and worldviews that are part of the religious and cultural matrices of Candomblé. through the works, the public can know the legends, “ìtans” and “orikis”, traditional narratives that are still present in the streets, processions, novels and plots of Brazilian samba schools, making contact with a world where the nature of beings and animals complements.

Divided into three rooms, the curatorship of ”Yorùbàiano” articulates three organic materials that, According to the artist, historically and symbolically compose the “diasporic cultural body”. Sugar recalls the greed of the slave-owning sugarcane monoculture, at the same time evoking the deity or orixá Exú, to whom cachaça is ritually offered. Ayrson also uses the polysemy of palm oil, sometimes symbolizing the vital fluids of the human body. 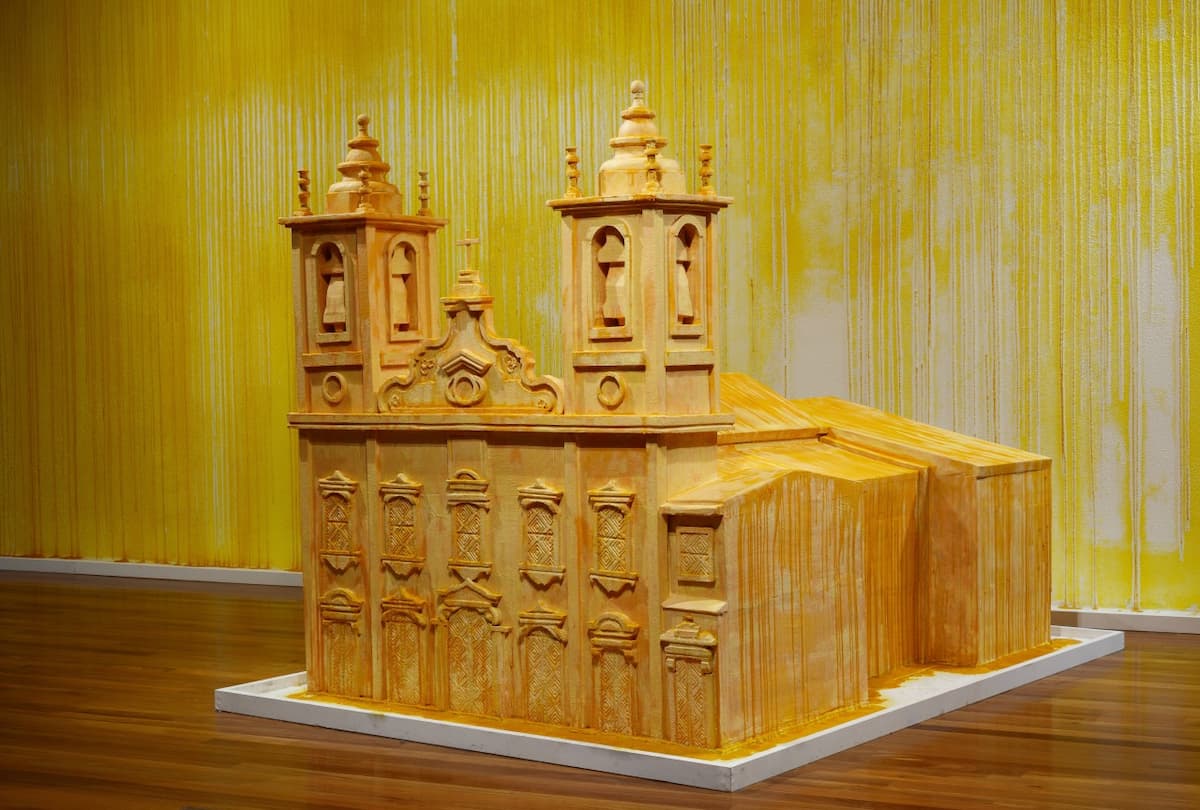 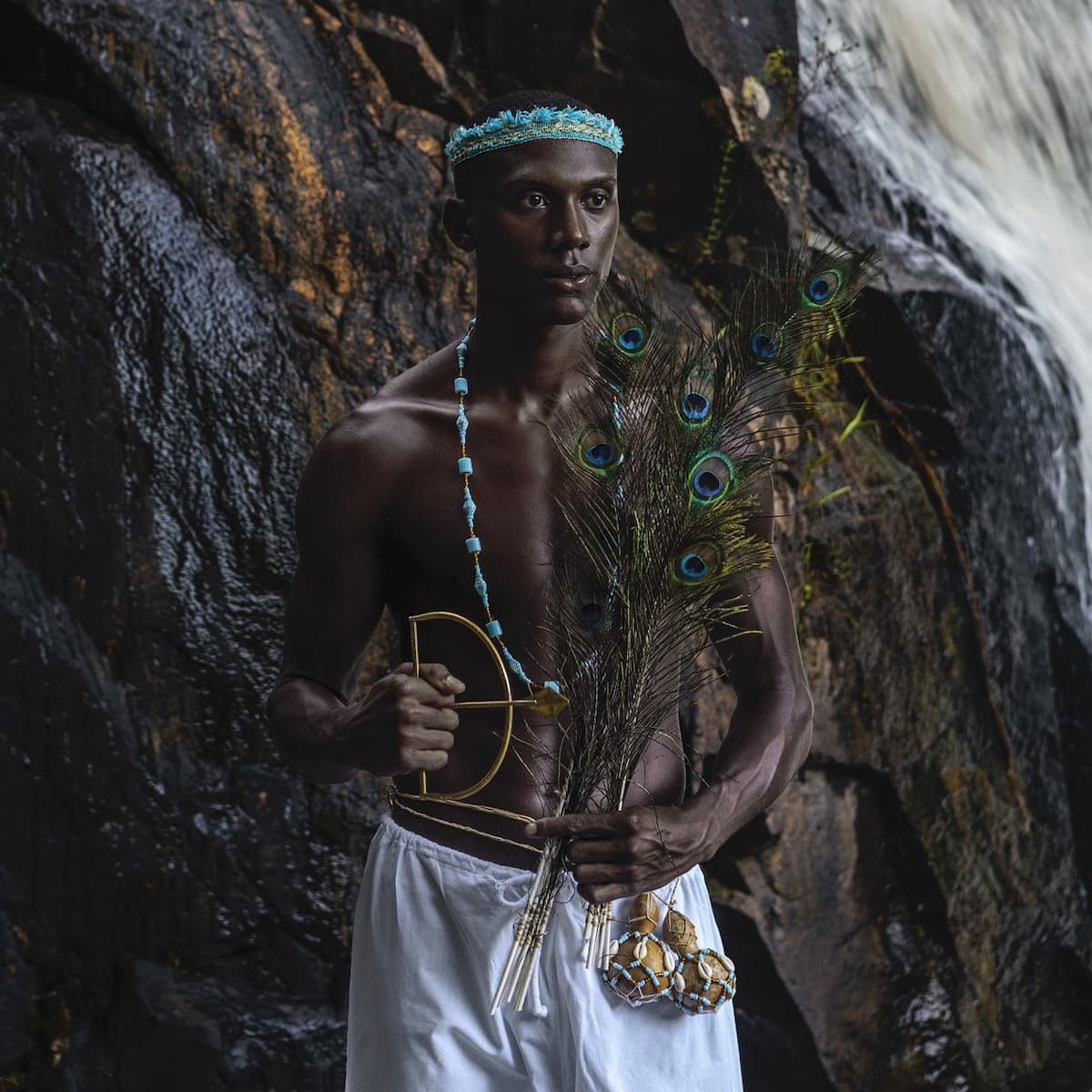 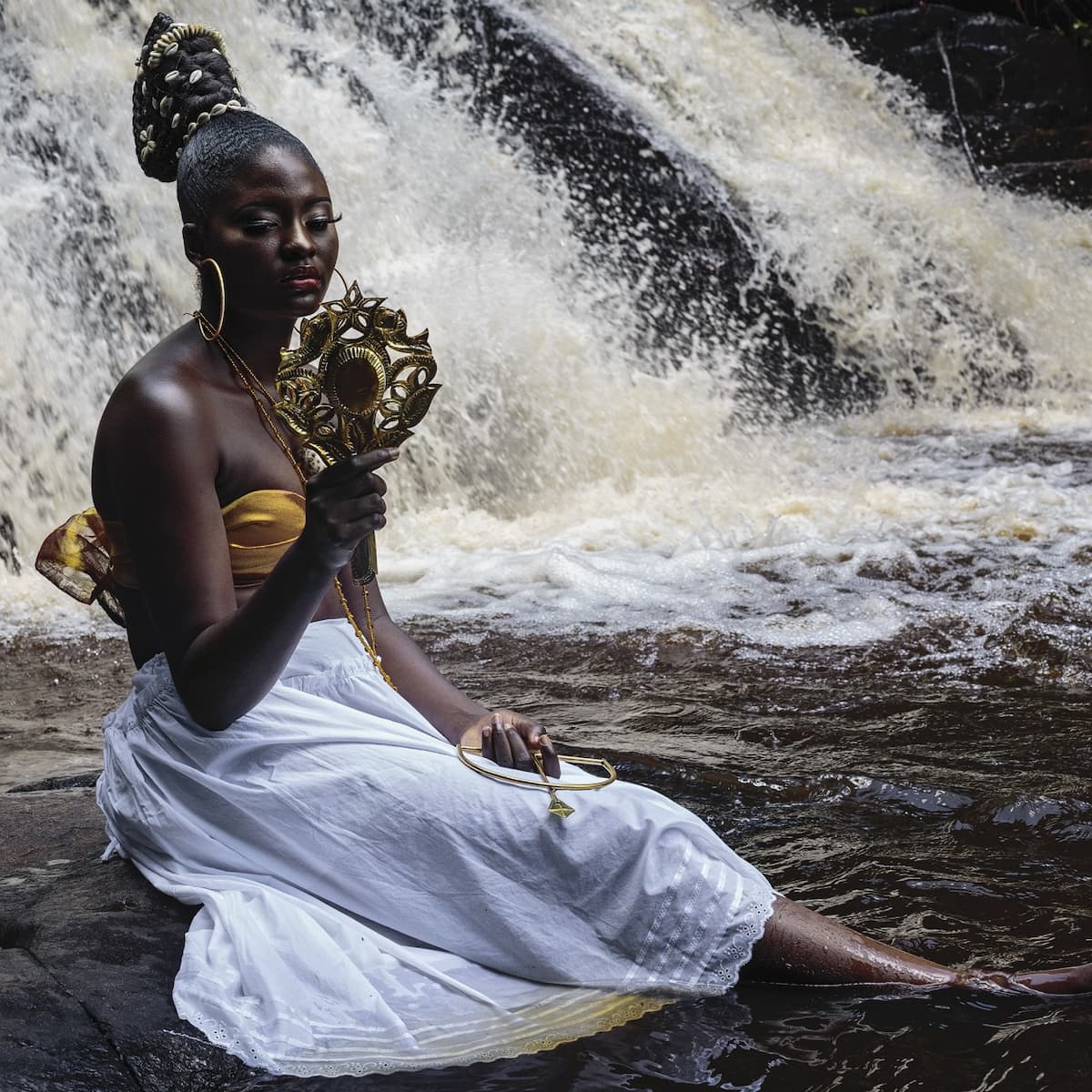 In one of the rooms, the installation “Return to Bahian painting” (2002) involves the dyeing of a model of the Church of Rosário dos Pretos, as well as a museum wall with palm oil, leaving the field of representation of material painting, characteristic of the years 1980, for installation, using the precious oil and its yellow-earth color. The video installation “The painter and the landscape” (2011), the installation “Barroeco” (2003), in addition to the photographic series “Vegetable Blood” (2005), among other installations and photographs complete the room.

Meat cured in salt or jerked beef, on the other hand, alludes to the violence suffered by the enslaved black people while referring to the orixá Ogum, to whom salt is offered in Candomblé rituals. In this space, the installation “Internal Secrets” is displayed. (1994-2010), documentation of the performance “Transmutation of the flesh” (2000), beyond the record of the ritualistic performance “Sacudimento” (2022), performed by the artist around the Pina Estação building, where the DOPS worked (Department of Political and Social Order), body responsible for the arrest of political dissidents in the years 1960 and 70.

The third exhibition room ends the visit with the large photographic installation “Borí” (2008-2011), whose performance was acquired in 2020 by the Pinacoteca through its Patrons program, with twelve large photographs of the ritual of making the head or “borí”, representing each of 12 orixás do xirê. On 11 August, the octagon space, in the Pina Luz building, will be the stage of the sacred ritual, lasting about two hours, led by artist, with the presence of musicians and 12 initiates of african religion.

Ayrson Heraclitus (Macaúbas, Bahia, 1968) is a university professor, art historian, curator and ogã of Candomblé of Jejê-Mahi matrix. His artistic career begins in the years 1980 in Bahia. The artist consolidates, in your near 35 years of experience, as one of the most significant names in Brazil to build a work dedicated to elaborating healing rites, negotiating other relationships with a nefarious past, constantly shaken and ritualistically eliminated in herbal baths (“Headaches”) with fresh water (“Flowing waters”) or in the food offered to the heads ("win"), to maintain the balance of body and spirit.

Previous: Campus Party: How the people from Brasilia behaved with topics about the risks of misuse of the internet
Next: Shows “ARMORIAL MOVEMENT 50 YEARS “, no CCBB-RJ