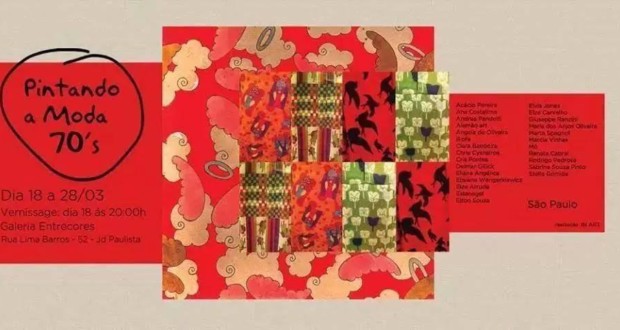 The Itapetininga artist is ahead of the curatorial project that portray fashion in Brazil in 70, its political and ideological context. The first exhibition held in Sao Paulo

The artist Angela de Oliveira, Itapetininga, a partnership with fellow artist Renata Cabral, John Person, capital of Paraíba; idealized exposure “Painting Fashion 70's”, that portray the fashion of that decade and across the political and ideological context that permeated. The show - which runs from 18 to 28 March - will consist of works 26 artists of various styles and will be held in Entrecores Gallery, located at Rua Barros Lima, 52, Jardim Paulista, in São Paulo. With free entry, will be open to visitors from 10:30 am to 18h. 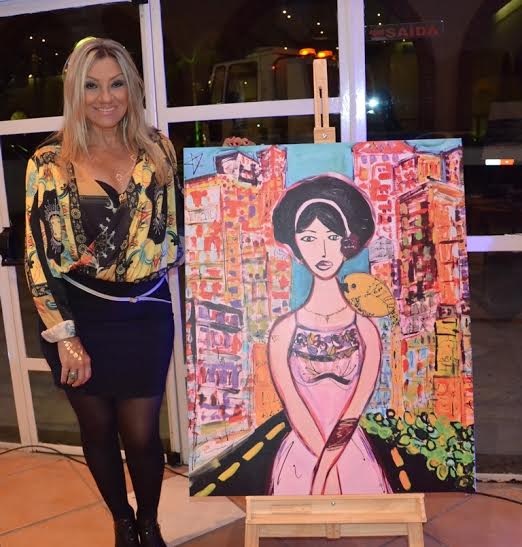 The project art direction is the responsibility of Gabriela Nunes, known as Gabo. The video artist and film producer is on the market for more than 15 years, having already integrated teams like Varekai, do Cirque du Soleil; Pear Jam Tour, Roger Walters e Circo da China. It was she who created the concept of the show and the facilities that will be part of the exhibition, bringing visual identity for the project.

“It's been very rewarding to bring together high-profile artists and seriously committed to their careers in this first exhibition of a project that will recall the importance of fashion for years 70 in Brazil and its ramifications”, Angela celebrates, supplementing saying she and Renata managed to unite two passions with this show: fashion and art. “Fashion goes beyond clothing, portrays customs, behaviors and ideologies, this theme is always present in our works”.

Angela explains that the exhibition will portray the so-called Brazilian Miracle, that na decade 70 triggered an accelerated economic activity and an excited consumer market, fundamental to the effervescence of fashion representations in Brazil during this period. “In these years we see jingoism fueled by victory in the World Cup, the motto 'Brazil love it or leave it', consumerism and the euphoria, that were soon to clash with censorship and political persecution. Fashionable starts professionalization, the boutiques stay themselves and begin to produce their own creations and luxury clothing”, recalls. “All this will be portrayed in paintings and installations”.

According to Renata, the main inspiration of his presentation was the fashion designer Zuzu Angel mining, precursor in portraying the instinct of nationality in their creations and also the first creator of Brazilian clothing to sell its production in New York. At the time, she created a collection inspired by national theme - with Baianas, Lamps and Marias Beautiful. His job was located in a middle ground between high fashion and everyday clothing. Stuart Angel, son of Zuzu, was a victim of the military dictatorship, moment when the artist puts all his strength in the search for his son's corpse, making the first parade-denunciation of fashion history, held in New York. “This was a very important period in our history that deserves to be remembered”, defends Renata. In addition to Sao Paulo, the exhibition will take place in Rio de Janeiro, in Paris, Lisbon and New York. 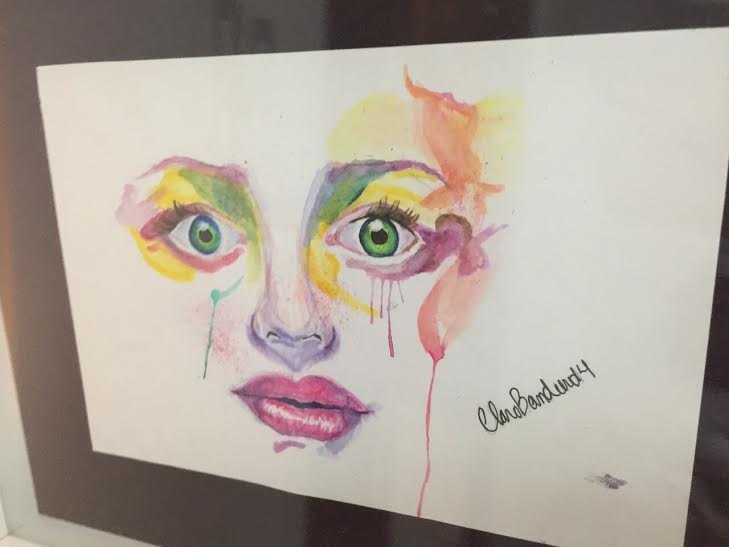 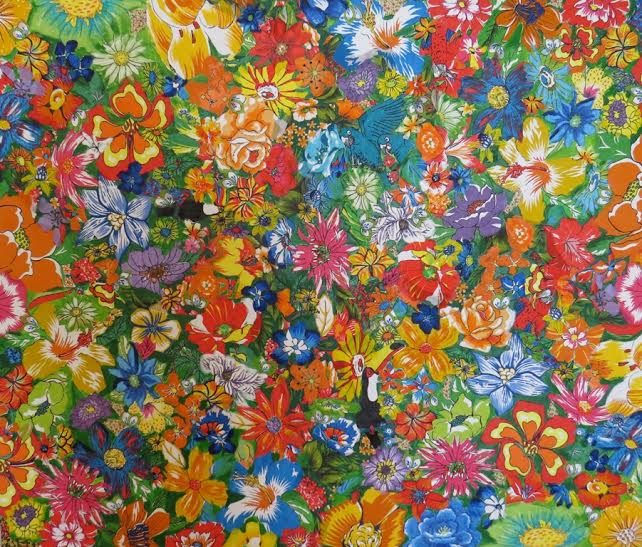 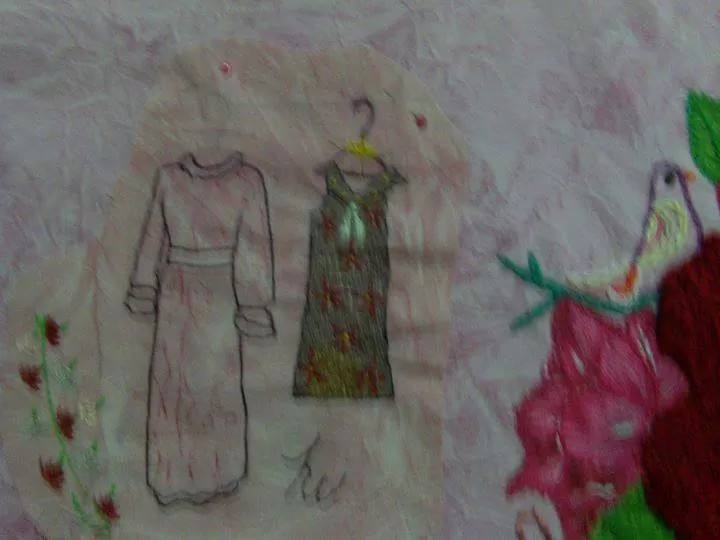 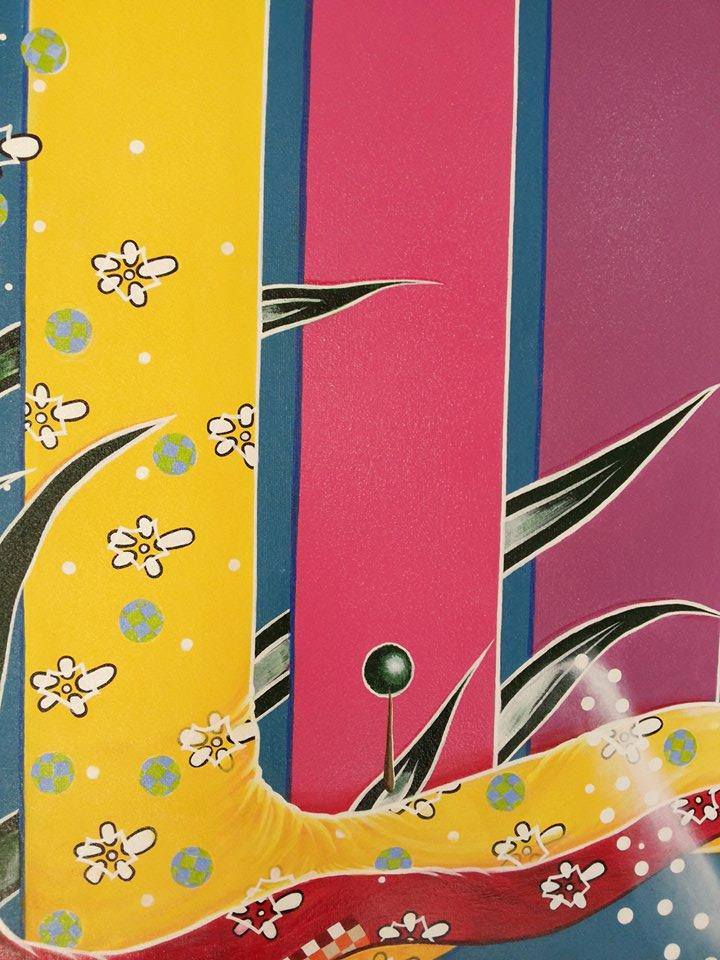 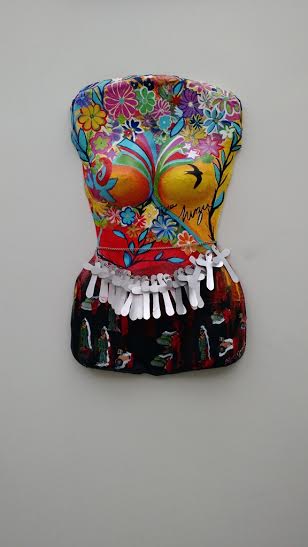 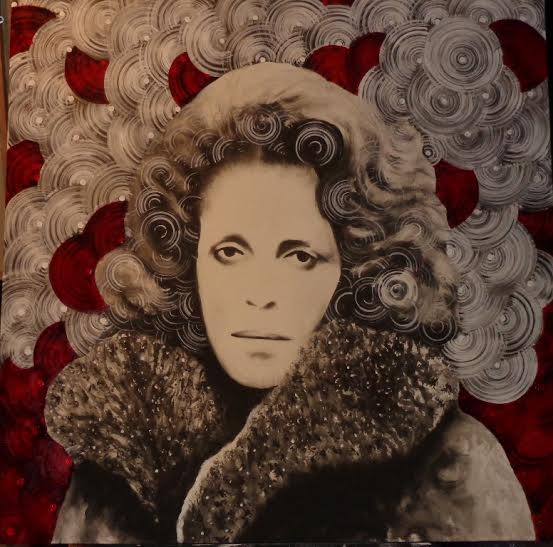 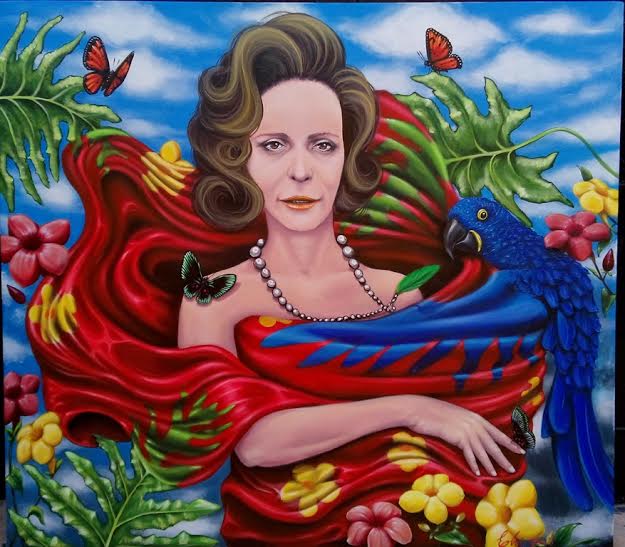 – Angela de Oliveira: responsible for the overall direction and design curator. The artist screens show agile brushstrokes and intense colorful and cheerful, referring to the feminine universe and its surroundings. He has exhibited his art in galleries in Paris, Rome, Tuni, São Paulo, Brasilia, among other capitals and cities in Brazil.

As curator of art, through its company In Art, has made important partnerships and performed around the collective Brazil. More than 30 collective in Sao Paulo, Rio de Janeiro, Maceió, Brasilia, Sorocaba, Itapetininga and Buzios, all with renowned artists, as Claudio Souza Pinto, Capucine Picicaroli, Rafael Rocha, Rodrigo Pedrosa, Luiz Cavalli, among others.

– Renata Cabral: responsible for executive producing the project. Autodidact (self taught), artist technique used mainly acrylic on canvas. Through its intuitive eyes, she is able to show its sensitivity exposing feelings and emotions in his paintings. Passionate about the arts since childhood, she painted drawings and portraits of his family and friends as a hobby, work which resulted in his first solo exhibition.

Nowadays, uses a freer concept, bold, without great concern for the aesthetic perfection and his work is based on vibrant colors involving their “Madonna neo expressionistas”. In your resume, has exhibitions in Singapore, Campinas, Rio Claro, Cabo Frio-RJ, Marco Canaveses-Portugal, Fort Lauderdale – USA, and official representation in Florida by Gallery Vianna Brazil.

Thanks to Juliana Ferraz for collaboration in this regard and photos. 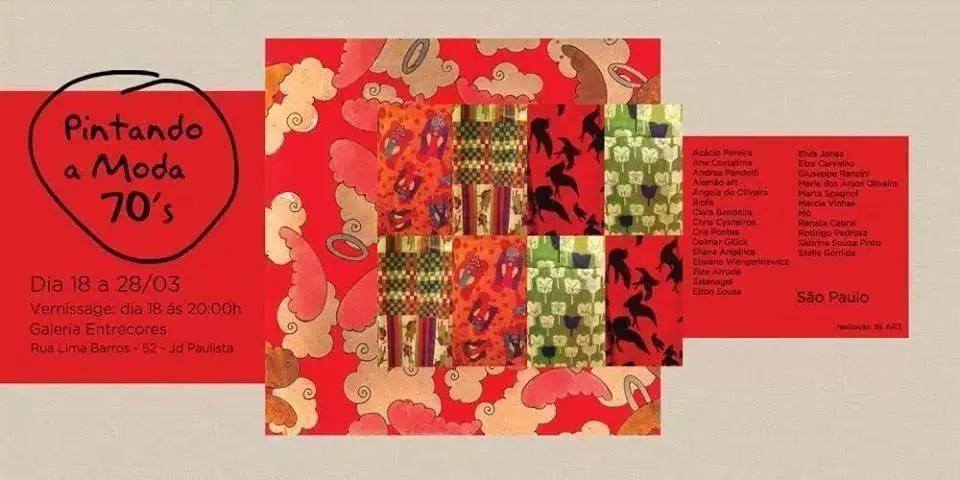