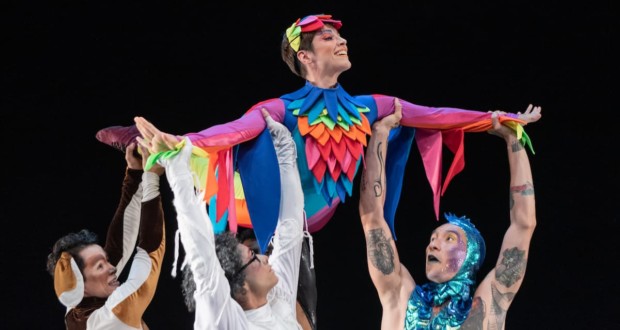 Ministry of Tourism and Petrobras
present

“Dancing Animals”, new show Children's by Focus Cia de Dança (RJ), wins two performances at SESC Newton Rossi Theater – Ceilândia, through sponsorship of Petrobras through the Federal Law of Incentive to Culture, in the days 12 and 13 March at 16 hours. The work, which premiered in September in Rio de Janeiro, is the first children's show of the Cia. With direction, text, design and choreography by Alex Neoral, the work has the voices of great artists, as Reynaldo Gianecchini, Lucinha Lins, Fernanda Abreu, Gabriel Leone, José Loreto and Mateus Solano, among others. In addition to the shows, the company will carry out the school project with free activities for CEI students 01 from Ceilândia.

The creation of a show aimed at children was an old desire of Alex Neoral, artistic director and choreographer of Focus Cia de Dança. And so, through the Petrobras Cultural Call for Performing Arts for Children, as another challenge met with excellence by the company, he was born “Dancing Animals”, with the aim of reinforcing the commitment to communication and greater access for all to art.

This work is an invitation to entertainment for children of all ages., from 0 to 100 years, and it is also an opportunity to share a playful and learning moment through art and dance.

The show is an adventure where eight animals come across a common desire and receive a challenge from Elisa, a tortoise that completes 100 years and wants to make this special date something unusual. From this, the 14 characters draw a journey full of messages and thoughts that will be absorbed by both children and adults.

The songs are composed by the duo TUIM, Felipe Habib and Paula Raia, with lyrics and arrangements all original, created especially for the project. The songs and incidental score complement the narrative., that mixes humor, happiness, questions and lots of fun.

About costumes and visagism, Alex Neoral explica: “We seek in the costumes and in the visagism something that follows the line of the works of Cia, even entering this childish universe. I didn't want something obvious and caricatured. The search was something even if direct and identifiable, have a contemporary and sophisticated reading. We achieved! Through the eyes of costume designer Ursula Félix and visagist Daniel Reggio, children and adults can read the animals on stage, however without being primary in the conception, but abusing creativity and visual beauty. Amazing!”

An opportunity to enliven our inner children and see that Elisa's challenge – which in fact we are all looking for – is closer than we think.. 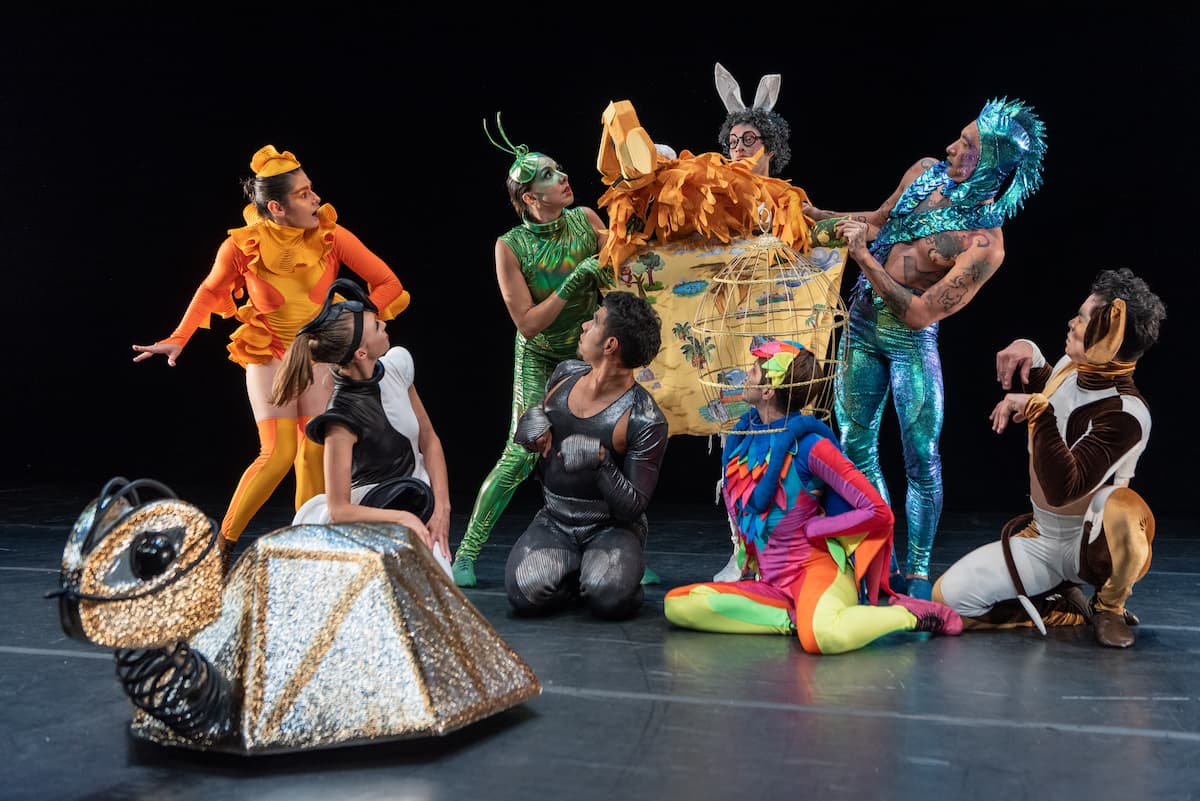 The Company will perform in more than 10 cities in the country with an awareness of the importance and relevance of education and culture for the education of children. Thus, An important part of the planning will consist of workshops and presentations in public schools in some cities where the show. The presentations are a way to provide playful activities through dance for children, allowing a new reading of the show.

With 25 works and 15 shows in your repertoire, Focus Cia de Dança was consecrated through specialized critics and public success. Appeared in more than 100 Brazilian cities and took his art to countries like Colombia, Bolivia, Mexico, Costa Rica, Canada, United States, Portugal, Italy, France, Germany and Panama. In 2021 released, in addition to "DANCING BIGS", the new show “TWENTY”, a tribute to Clarice Lispector and in commemoration of the 21 years of the company. In 2020, during a pandemic, released "HEARTS IN WAITING", group creation, which was shown live, through streaming, hair youtube, nominated for the APCA award in the creation category, getting on the poster for 17 weeks. In 2019 won the 1st Cesgranrio Dance Prize, with Keta choreography, from the show “STILL REICH”, and had its cast nominated for the APCA award during the season in São Paulo., still this year, he received the nomination for best choreography for FOCUS DANÇA BACH at the 2nd Cesgranrio Dance Award and best dancer Marina Teixeira and best dancer José Villaça. In 2017 performed at the last edition of Rock In Rio, with Fernanda Abreu. In 2016 received the Commendation of the Order of Cultural Merit, from the Ministry of Culture, greatest award of Brazilian culture.

With the show “The songs you danced to me”, which has already passed the mark of 300 presentations and this year completes 10 years, received several nominations for the best show of the year, for their creativity and originality. In 2012 was chosen, through the public selection of the Petrobras Cultural Program, to receive sponsorship for three years to develop their activities, initiating a maintenance partnership. Over 1 million viewers have already been enchanted by the poetry and technical ability honed in Alex Neoral's innovative choreography and the precise movements of his dancers..