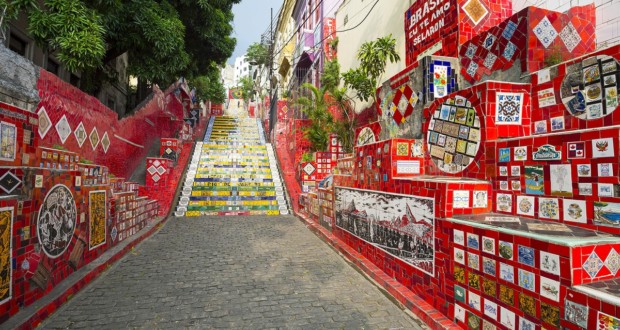 In the first edition in 2019, 18 cultural projects were financed by BNDES and civil society, mobilizing R $ 1,5 million from BNDES and R $ 1 million more than 4 thousand collaborators via crowdfunding

Innovative stock financing program with the objective of investing in projects aimed at Brazilian material and immaterial cultural heritage, "Matchfunding BNDES + Cultural Heritage" reaches the second edition, with registration open until the day 10 August. In this delicate moment that the country is facing, both in health and in the economy, with closed-door institutions, participating in this crowdfunding program can be an opportunity to promote projects aimed at cultural heritage that are without incentive. A iniciativa é o resultado de uma parceria do banco com a SITAWI Finanças do Bem e a plataforma de crowdfunding Improvement, co-realizers and co-realizers of the action.

According to Tatiana Leite, co-founder of Benfeitoria:“Matchfunding BNDES + is an innovative way of promoting Brazilian Cultural Heritage, inviting the public to be part of this promotion movement, awareness and collective care for what is ours. And at a time when different sectors of society are feeling the impacts of the crisis, this year's call is even more important, being an opportunity to enhance the resumption and reinvention of the country's Cultural Heritage sector. ”

A proposta do apoio via match funding (union of financing by the collective, through donation from individuals or legal entities (crowd-funding), with the direct financing of an institution, no case, the BNDES), is based directly on the engagement of society: every R $ 1 captured by project with the general public, BNDES will invest another R $ 2, up to the limit of R $ 200 thousand per project. The value of each supported initiative should be between R $ 30 thousand and R $ 300 thousand. That is why it is important that individuals contribute and participate actively in institutions that identify themselves, because they are the driving force behind this action. It is from their donation that the BNDES will invest. For Leonardo Letelier, CEO of SITAWI: “At this time of pandemic, culture is increasingly central to our lives. This matchfunding allows the society to support its preferred Heritage, leverage even more resources and increase the initiative's legacy. ”

Registration for the announcement was opened on 10 March and go to 10 August, through the site www.benfeitoria.com/bndesmais, in which call details are available. Non-profit institutions can apply, with projects whose objects are officially recognized as cultural heritage, under the terms of the notice. Proposals must fall into one of the four categories of the selection - Promotion & Inclusion, Innovation & Technology, Education & Inspiration and Preservation & Memory - and will be evaluated according to criteria, as impact, innovation, tradition, perpetuity, proponent profile and cost-benefit by a team of curators formed by a specialist in Cultural Heritage, Improvement, SITAWI and BNDES.

Due to restrictions caused by Covid-19, meetings to publicize the public notice and training on collective financing, open to the general public, that were expected to happen in person in several cities, will be held online through Webinars (online conferences) between June and July.

2019 numbers -The “Matchfunding BNDES + Cultural Heritage” program is the first of its kind involving a public institution. In its first edition, had a high success rate, with 80% of employees declaring that the BNDES contribution contributed positively to their support decision. Were 190 submitted projects, from all regions of the country, and 20 selected. these, 18 have been successfully funded. In addition to the selected, more than 5 thousand people were trained through face-to-face events and online video classes. Research carried out by the Benfeitoria platform also indicated that, before “Machfunding BNDES +”, 60% employees had never donated to cultural heritage projects and 44% nunca tinham apoiado um projeto via crowdfunding.

Projetos já financiados - Projects of various sizes and Brazilian states were contemplated, that can be known on the website www.benfeitoria.com/bndesmais. Will benefit, for example, preservation and digitization projects, like that of the Imperial Museum, in Petropolis (RJ), and reform of physical structures, like the ones at the Museu Imagens do Unconsciente, in Rio de Janeiro (RJ), and the bird enclosure of the Goeldi Museum, in Belem (PA).

Uniting culture and technology, the “Art without borders” project will create a search portal that will integrate research into the collections of REDEARTE / RJ libraries, which includes institutions such as the National Historical Museum and the National Museum of Fine Arts. Já o “TecTur Campina” prevê a criação de um aplicativo para Smartphones with multimedia and augmented reality features, with which it will be possible to interact with the history of several tourist attractions in the city of Campina Grande (PB).

Two projects to enhance indigenous culture will also be carried out, like the documentary “Cantos da Terra”, on the indigenous languages ​​of Brazil, and the project “Memórias Indígenas”, which aims to qualify the collection of the Jesco Puttkamer Audiovisual Collection from PUC Goiás, through identification, by representatives of the Yudjá and Waurá ethnic groups, of the stories and meanings present in the archived images.

launched in 2011, the Improvement (www.benfeitoria.com) is the crowdfunding platform (crowdfunding) most innovative and efficient in Brazil. With the highest success rate in Brazil since launch, has already mobilized more than R $ 100 million from 450 thousand employees to give life to more than 3 thousand projects. It was the first platform in the world not to charge mandatory commission from those who collect, the first in Brazil to launch recurring crowdfunding, and the only one to work with large notices via Matchfunding. Among its main development partners, are UN Women, SEBRAE, Nature, Coca-cola, Ambev, Youse and Itaú.

SITAWI Finances for Good (www.sitawi.net) is a non-profit association founded in 2008 with the mission of mobilizing capital for positive socio-environmental impact. Pioneer in the development of financial solutions for impact, was responsible for creating relevant innovations in the sector, such as Social and Environmental Loans and the Management of Philanthropic and Revolving Funds – and has already mobilized more than R $ 60 million, supporting more than 250 initiatives that reached more than 700 thousand people. In 2019, for every R $ 1 in donations for SITAWI operations, it was possible to mobilize R $ 25 for a positive socio-environmental impact.

Founded in 1952 and currently linked to the Ministry of Economy, BNDES is the main instrument of the Federal Government to promote long-term investments in the Brazilian economy. Its actions focus on the socio-environmental and economic impact in Brazil. The Bank offers special conditions for micro, small and medium-sized enterprises, in addition to social investment lines, directed towards education and health, family agriculture, basic sanitation and urban transport. In crisis situations, the Bank acts in an anti-cyclical manner and assists in formulating solutions for the resumption of economic growth.

Previous: How to use crafts to decorate your entire home
Next: Writer Pedro Salomão preaches happiness and talks about the era of haste