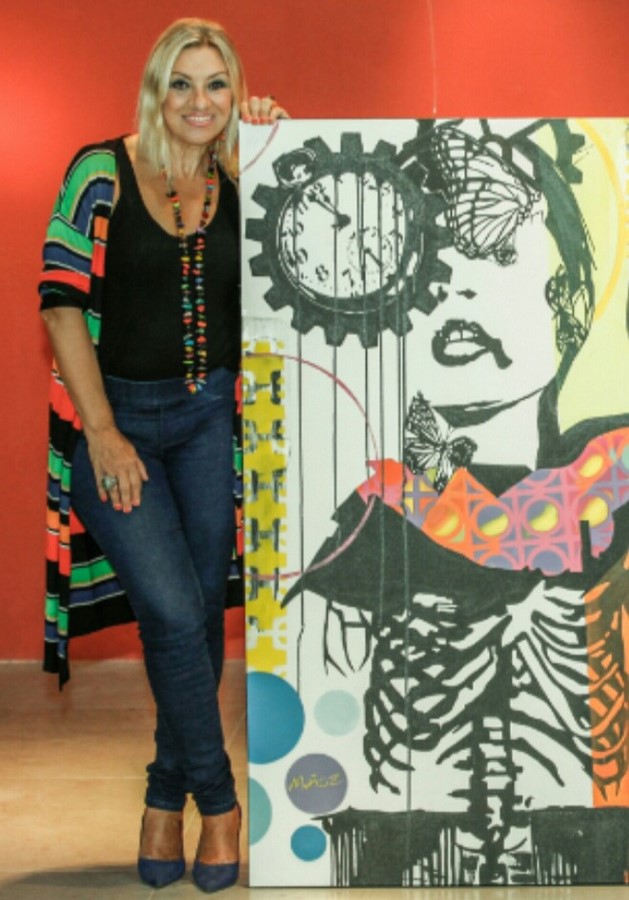 "It all started when I was invited to participate in an exhibition to paint screens in high seas. The trip lasted approximately 25 days and went through amazing places like Croatia, Slovenia, Bosnia and Montenegro. And it is feeling of paint in the sea of Croatia that inspired me to create this project, I've had the pleasure of keeping the same name ", recalls Angela.

At the beginning, the goal of Angela was riding the world presenting his own canvases, but, without the sponsorship required, She had to postpone the project. In 2014, She decided to continue the dream, but otherwise: began to assemble groups of artists who share the same desire that her show to the world the brazilian art.

"The first project display in Itapetininga, Interior of São Paulo, my hometown. Then we go to Búzios, Rio de Janeiro and São Paulo. The first international exhibition happened in Florida, United States, and the second in Vienna, in Austria ". She says that the project still ran for more other countries like Portugal, France, Spain, Liechtenstein and England. And, at the end of 2017, landed in Buenos Aires, for the first time in South America, In addition to Brazil.

"I want to, precisely, promote the new talents, some emerging, and other early stage even. However, There's always the participation of special artists that already have their names carved on brazilian art ". And complete. "Through the dissemination, the artists showing your work, are seen and subsequently recognised. Will writing your CV and your work improving ". 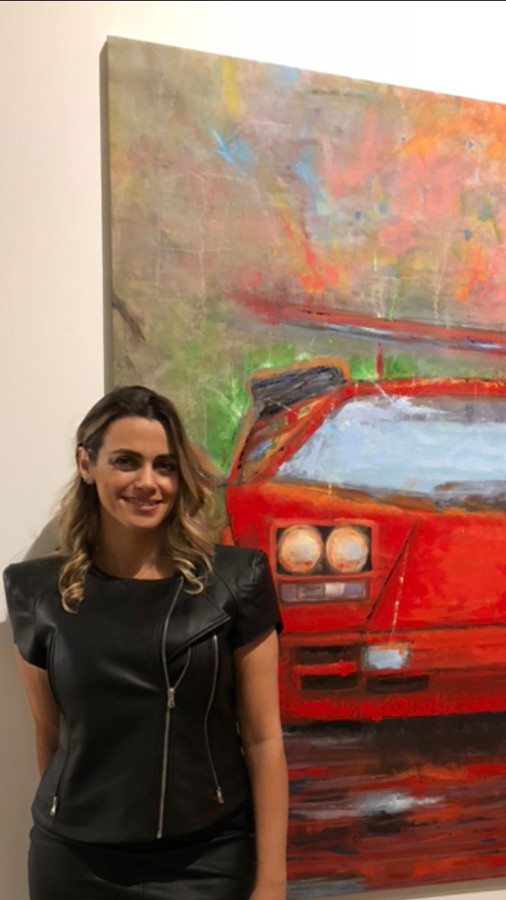 During the project exhibition "Seas, Flowers and Stars "Tab it is possible to meet the talent of many Brazilian artists. Among the many names that have contributed with their work, We can highlight artists Ricardo Munhoz and Karine Kischinhevsky.

Karine paints figurative style, incorporating natural elements, as well as geometric shapes, expressing your enchantment with life and its surroundings. In your resume, She has the presence in several important exhibitions around the world, as at Art Basel, held in Miami, one of the most important of the segment.

Already Ricardo, that is now part of the art gallery – São Bernardo, the largest permanent exhibition space for modern and contemporary art of the region of the ABC, establishes, in his works, relationships of different artistic disciplines like painting, the drawing and engraving; and expressed, in art, the processes of construction and deconstruction of his personal and professional experiences. "When I first met Angela, She was with this project. For us, artists, It's a good opportunity to publicize our work, mostly out of Brazil. Few people do what she does and that makes a difference, mainly, for our professional growth ", Ricardo says. 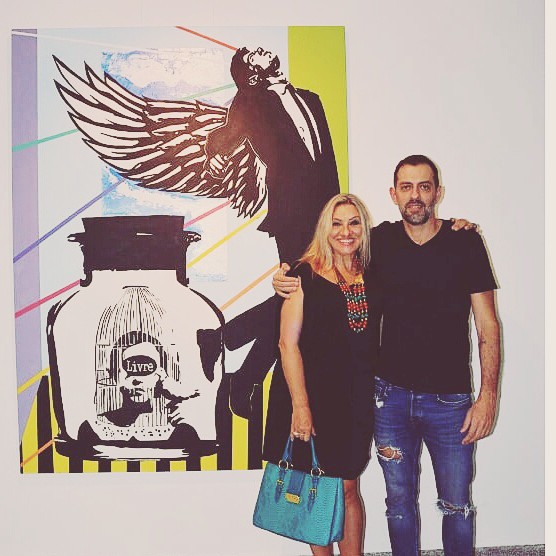 Previous: Embroidered Painting Exhibition [ensaio sobre a cegueira]
Next: "Counterpoint" gathers part of Sergio Carvalho at the National Museum of the Republic in Brasilia