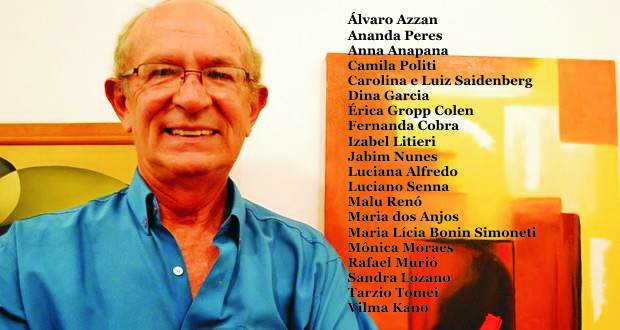 The art columnist and also artist Edmund Chandra, We toasted with incredible wonderful artists materials throughout 2015.

Are renowned artists or new talent, the your order is always disclose much art. 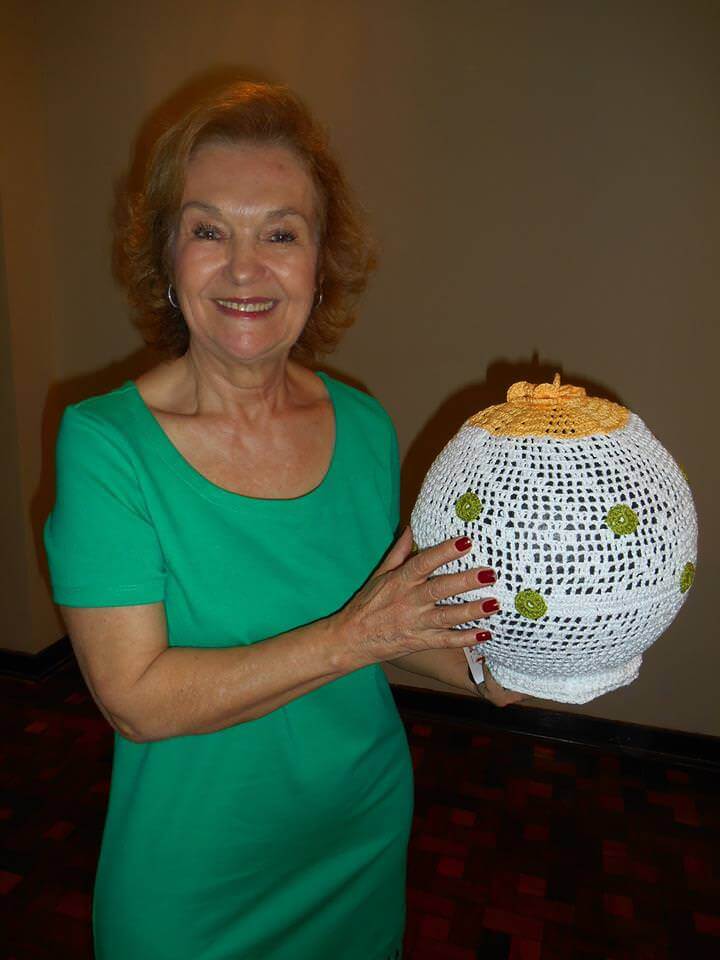 Mary of the Angels "A heart full of art"

Mary of the Angels is plastic artist, gallerist and cultural producer, Nisa was born in Portugal. In 1959 moved to Brazil and together with their parents, he moved to Sao Paulo.

She is director of the Cultural Department and exchanges with Portuguese Speaking Countries of the House of Portugal in S. Paulo, Lusiada Academy member of Literature and Arts Sciences. (…)

Her pictorial universe is magnetized by the theme of the dream, the symbolic world and mystery. Where the reasoning, never chaotic and always organized, brings the fantastic along with extraordinary strength and imagery emotion, dream, timeless and archetypal. (…) 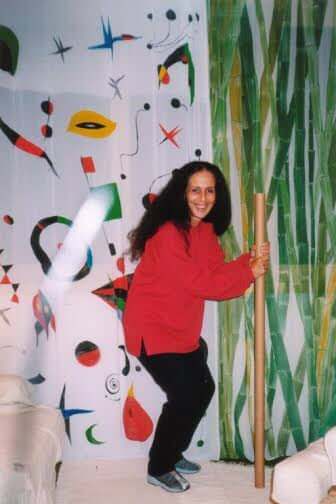 The works of Anapana (Anna Maria Martins Ferreira) are inspired in the mood, in joy, in the forms of real and imaginary nature. Funny Buildings, three-dimensional, "people" that form people – in the form of people. Or birds people. Star people. Fish people. Us anyway and color.

The works evolve as time, the theme and the invisible green nature, in various media: screen, canvas and fabric, among others, as well as digital images in the freehand drawing equivalent to mouse. (…) 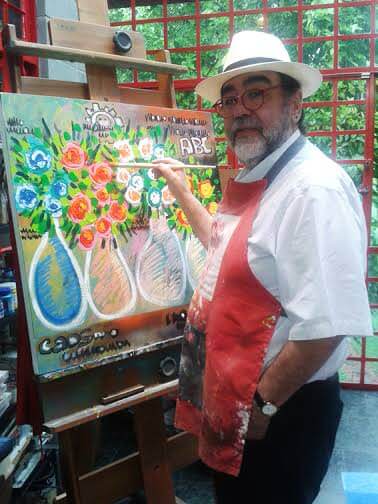 Rafael Died-"Impressionism in the veins"

The artist Rafael Murió has, in equal doses, talent and sympathy. Developing an impressionistic study, was characterized by its painting made with hands, in the vast majority of screen space and end aid of brushes and other painting tools. Works following basic themes: Flowers, Marine, Religious Painting, Sumi-ê, but always based on the colors. In flowers the artist reflects the strength of his work, in marine sense of soul and religious painting, the controversial exercise. (…) 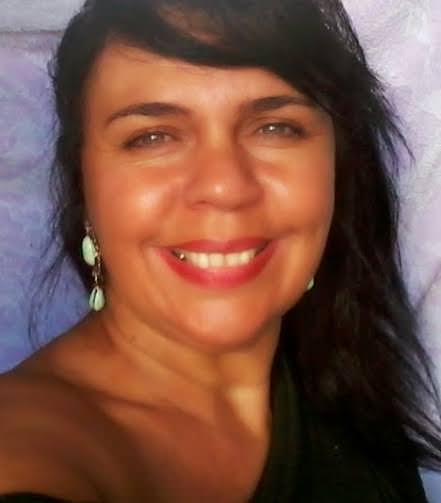 Born in Cruz das Almas, Bahia, self-taught in art with influences Fauves, Cubist and Expressionist, but with own style, his painting refuses all academic convention, subject to the instinctive laws of color harmony compose the frame.

He studied at the Palace of the Acclaim and drawing and painting workshops in the MAM-Solar do unhao, (…) 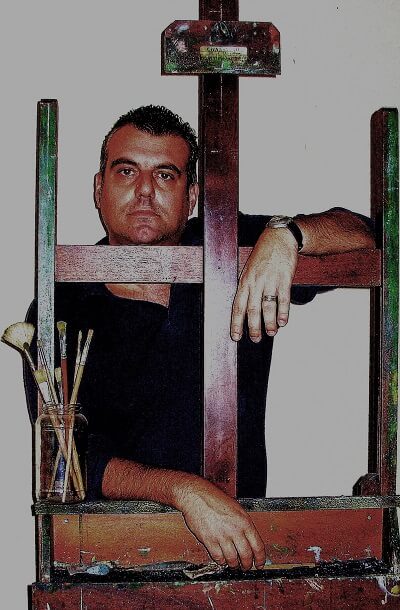 Tarzio Took ... "In His Pictorial Universe"

Tarzio Tomei was born in São Paulo, in 1961 and grew up in his father's workshop, an Italian painter of Belgian training, where he began his knowledge of painting craft. Among his artistic activities, painted two murals at PUC in São Paulo, where he graduated in Law, besides illustrating college newspapers. Parallel, attended engraving studio in metal and lithography and studied sculpture at FAAP, with the master Franklin.

From the years 80 participates in art salons, having obtained honors and awards, highlighting the Autumn Salon in Latin America, the International Prize Maimeri painting and the International Exhibition Index2014, in Dubai. (…) 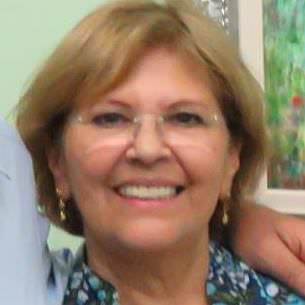 Malu Renó – "the smoothness of colors"

My first contact with the arts was in childhood doing the first landscapes, animals, flowers and dolls.

In addition to these jokes, I grew up in frequent contact with the music, the dance and the amateur theatre. (…) 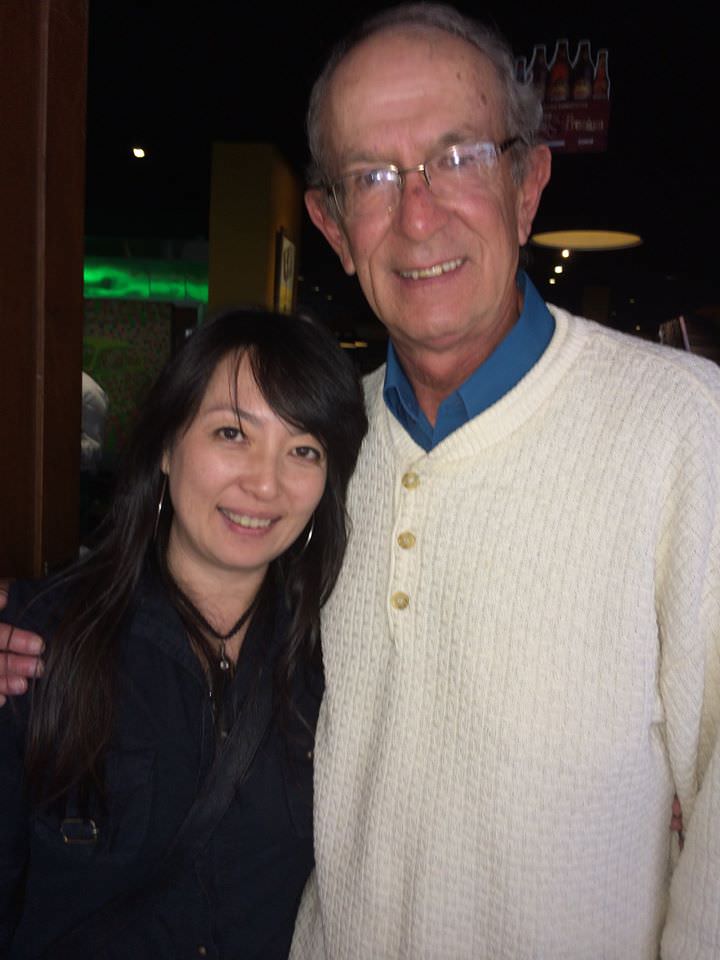 Vilma Kano is self-taught, He began his career in the graphic arts in 2001 in the renowned and today (Unfortunately) defunct Jornal da Tarde, the result of a Design Contest. Parallel, the fine arts marked presence in the life of the shy paulistana, but in 2012 finally came his first series of works of art.

Based on their experience with breast cancer. The artist explores the story in search of a synthesis. Your tools are basically paper and stylus. (…) 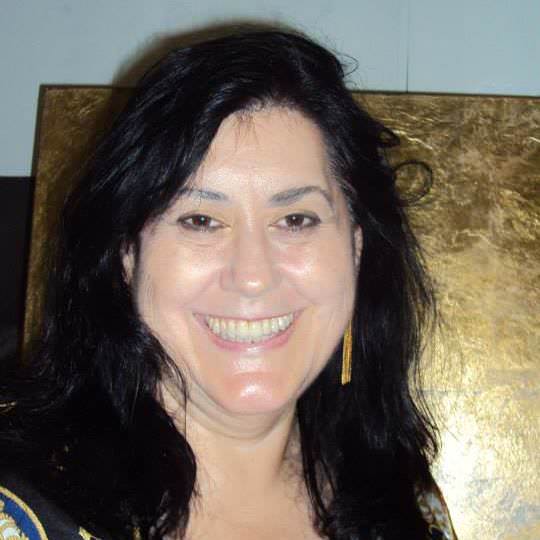 Lycia Simonetti, artistic pseudonym of Maria Lycia Bonin Simonetti, born in Limeira, SP in 1962. Granddaughter of Neapolitan painter Antonio Panaro that since 1919 used the technique of fresco painting several churches in Brazil, since the age of eight he became interested in plastic arts.. (…)

Jabin search on Matisse the indentations to sign forms the creations, in Malevich Anglo-Saxon colors and spatial possibilities, already in Tattin the abandonment of the frame, in Van Gogh textures and arabesques, uses the new acrylic pigments to produce shiny effects of his work. 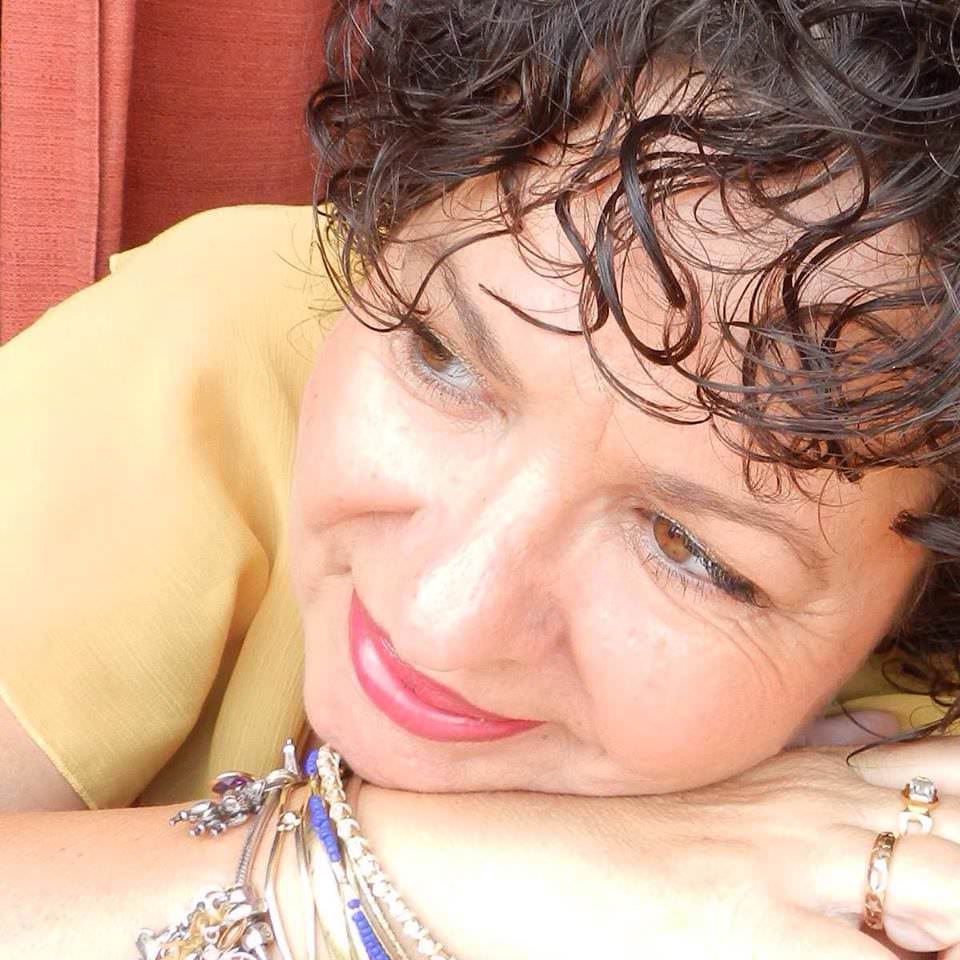 “As long as I can remember I have always loved everything connected to the art, as a child he loved to dance, play theater and depict what was in front of me, but this time I realized that never was. As a teenager won the 16 years a camera for which I fell in love. Took pictures different from my family was common, as for example, detail reflection and parts of a bicycle wheel, which were a cause for laughter, only I saw sense in the pictures and I (…).”

Mônica Moraes in the Land of Drizzle 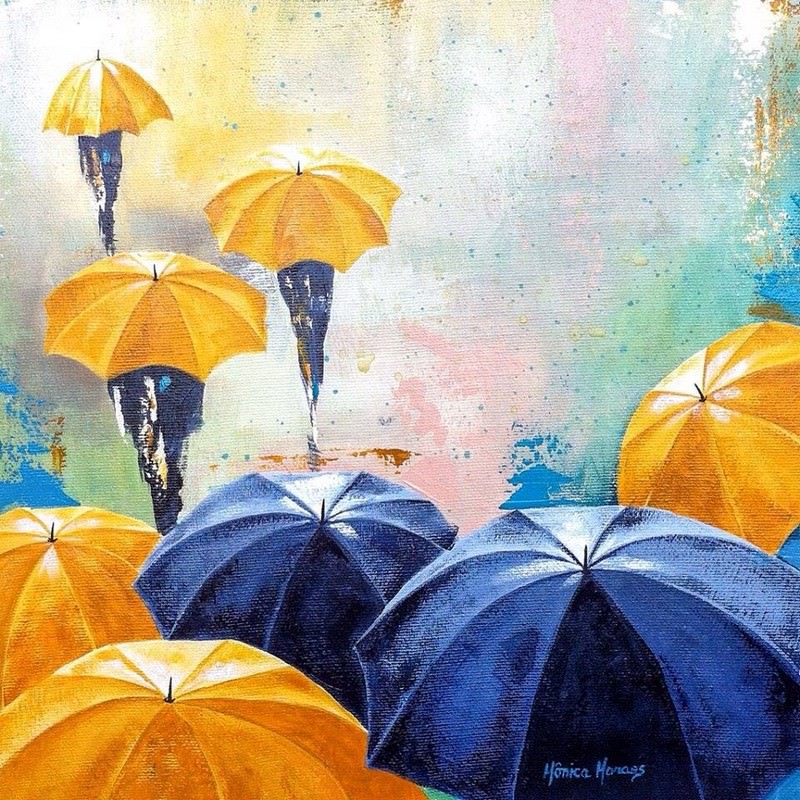 The colors and techniques used by this artist, bring an incredible vitality to scenes and common utensils, that go unnoticed to our eyes in everyday situations. But with their strokes and strokes, they take a featured amazing revitalizing. (…) 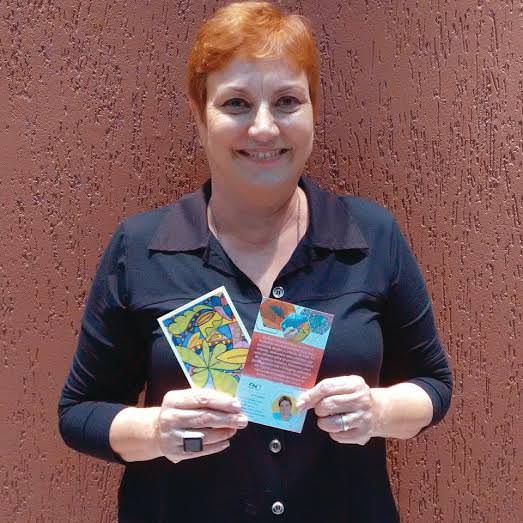 Contemporary look of all the works depicted shows a lively vision, simple and colorful life. However, mixed these concepts worth a reflection on the true values of human existence.

Elements such as fish, parasols and stylized foliage are constant figures in the works that represent the garden of Saints and the muretas of the channels. (…) 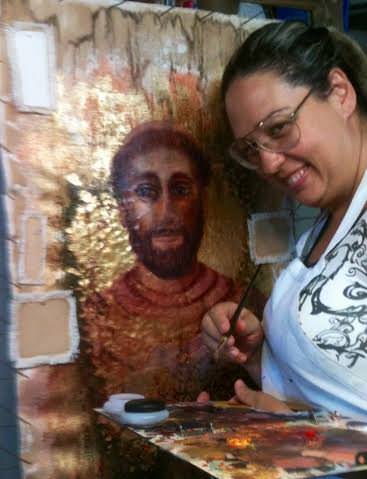 Luciana puts in his works, all your essence, your heart and your soul, putting them sustainable materials. His works have a classical construction contemporary deconstruction's iconographic recreating intense effects of aging and antiquity.

In love with literature and historical research, so all your work involves a contemporary vision of the iconographic life passages of the characters (…) 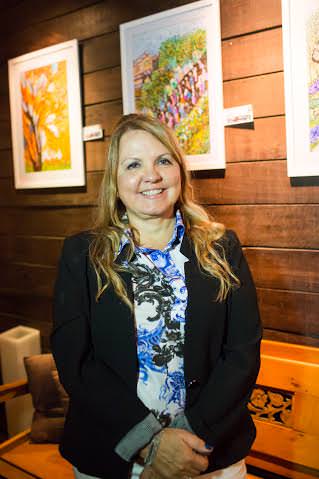 She began her artistic production exploring, at acrylic technique, the geometric-figurative, predominantly in monochrome context. Later came the phase of pastel and watercolor, developing some experiments taking these techniques to screen. Currently engaged in the pointillism through acrylic on canvas and the use of pens-screen block brush.

The constant theme involving the nature, their animals and landscapes- especially as regards Brazil – is a characteristic trait of his work. The art is experienced in (…) 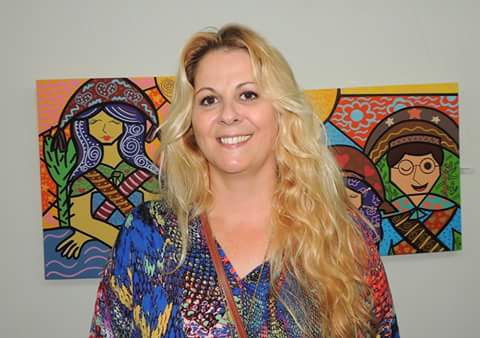 His recent works are inspired by the joy of Northeastern colors. With strong colors, plateaus and well marked.

It draws on the forms of Picasso, in the colors of Mondrian and Miró and the shapes and bold colors of Matisse. Inspired by nature, in the colours and in the joy of the people of northeastern Brazil. (…) 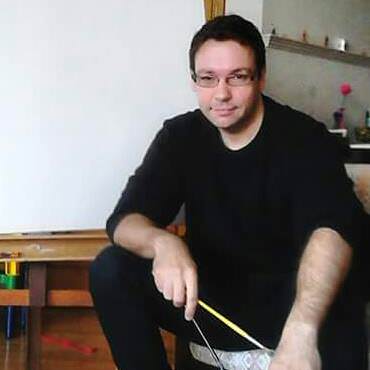 Luciano Senna and his Playful Universe

Any part of the design art, and what inspires me is the everyday, the day to day, events on the street, family moments, stories in which looking for pass for a job I remember exactly this moment, be a couple, people, an object that the client loves, a good wine, a scholarship, your favorite makeup, your pet with many colors where I have my own way of recreating and give a rereading to this work. (…)

Carolina: “Like to take black and white photos of the city and urban landscapes, view circus artists, old photos etc. I am introspective thoughts and ideas for some period. (…)”

Luiz: “The inspiration, that arises unexpectedly, comes from something to remember, or current event that has me impressed. There you can't resist. (…)” 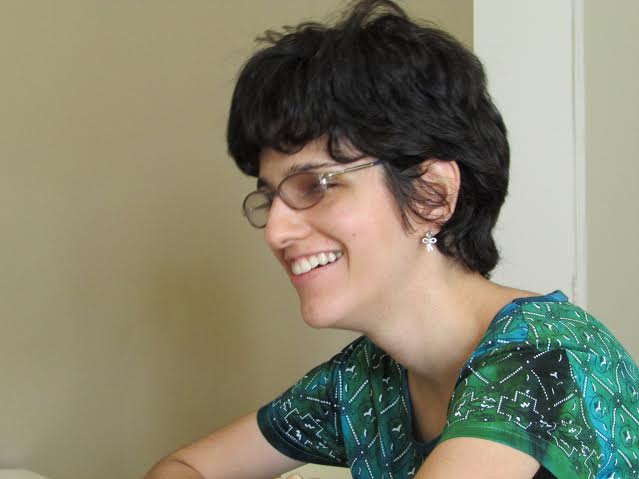 The show features the latest production of the plastic artist Ananda Giordano Peres, including paintings, drawings, objects and texts, together and with the technical support of the writer and Illustrator Carla Caruso and plastic artist and art educator Helena Rajan, their teachers and mentors. (…)

"As a principle, Azzan have creative freedom, that through the forms, of colors and themes; his works are developed. For each work, a unique situation, Here comes the theme within a theme, techniques can arise, materials and different styles, It's as if each work to be performed in such a way, as if it had a life of its own, where it's up to him as an artist unravel what and how the work wants to be materialized, This is how the artist views the art of creation. " (…) 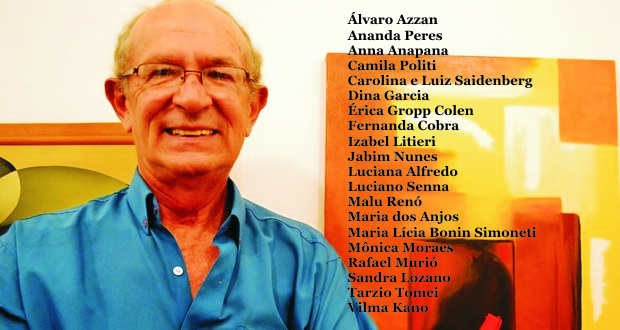 Previous: The wine tradition of the dead will be revived this Saturday in San Roque
Next: Re-creation of little Red Riding Hood tale will be presented at Sesc Sorocaba