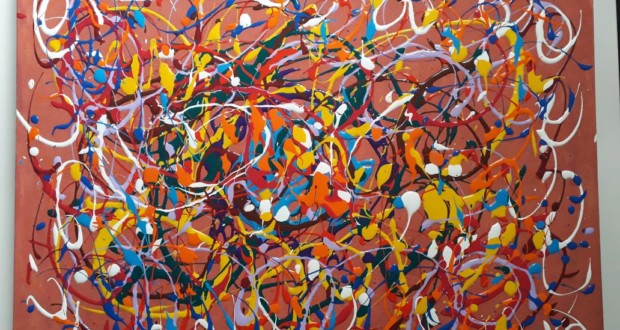 Samuel Vitor Patent – ​​“The overcoming through art”, by Edmundo Cavalcanti 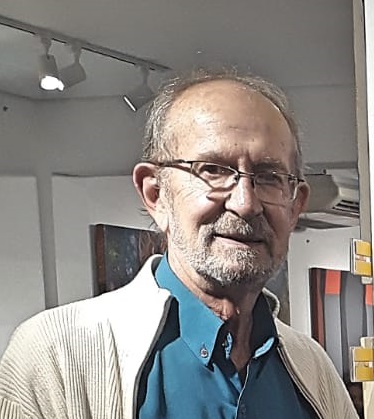 It was through the most recent collective virtual exhibition that I organized, with the participation of 63 national artists with their most varied styles and techniques, that I discovered a special talent, which caught my attention a lot for its colors and the abstraction of its works. a whirlwind of colors, but always with a special meaning for the artist. 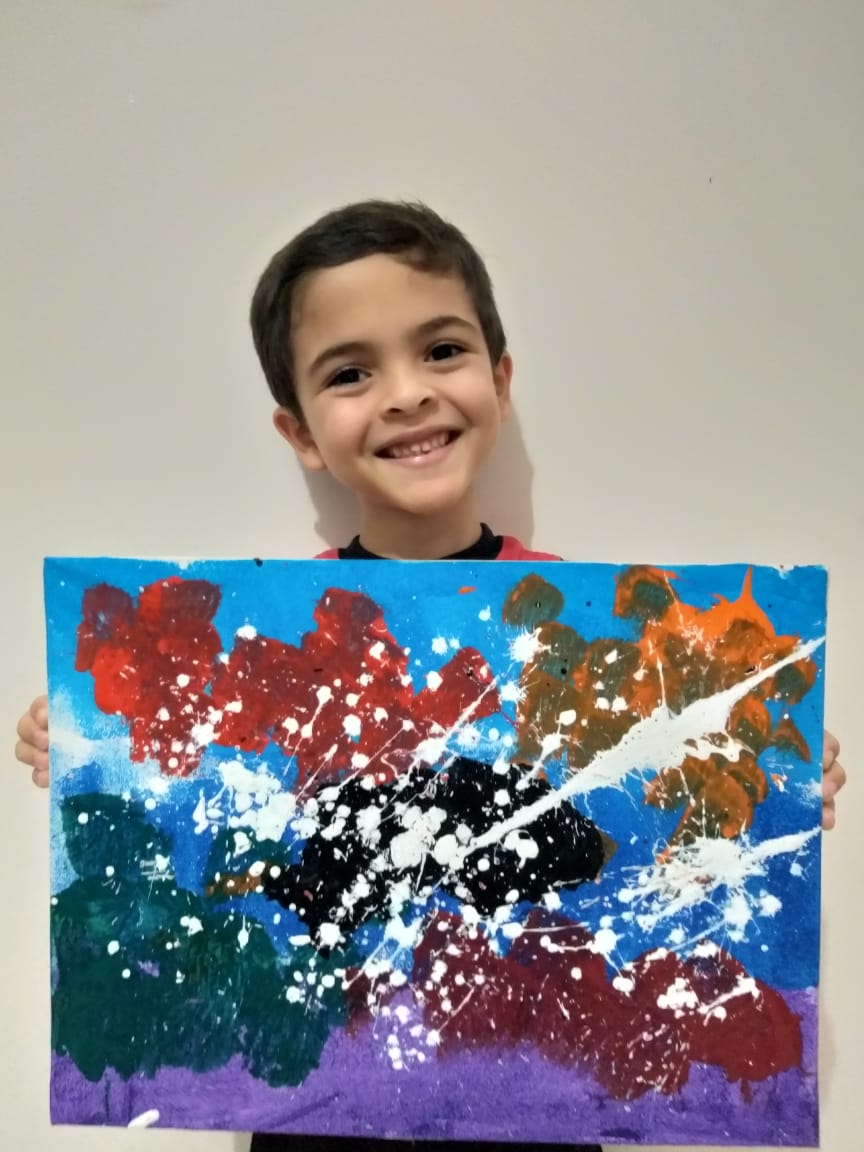 From a very young age, his parents already noticed outstanding sensory alterations such as hypersensitivity to textures and noises., rigidity to change, food rigidity and a lot of difficulty with frustration, associated with an intelligence beyond its age.

Your hyperfocus has always been to the lyrics, numbers, colors and shapes. Since 9 months he was already enchanted with the sound of the letters and the colors.

When entering school at 2 For years, his parents also noticed Samuel's difficulties in socializing with children his own age, and that's why they sought professional help.. But only to 4 years ago he was diagnosed with Autism Spectrum Disorder (TEA) The syndrome affects one every 59 children in the world, according to the study Autism in Brazil: Challenges, Myths and truths. From then onwards, we quickly started therapies to try to alleviate these changes and Samuel has already demonstrated his interest and skills with paint and brush, which was one of the therapeutic resources used with him.. 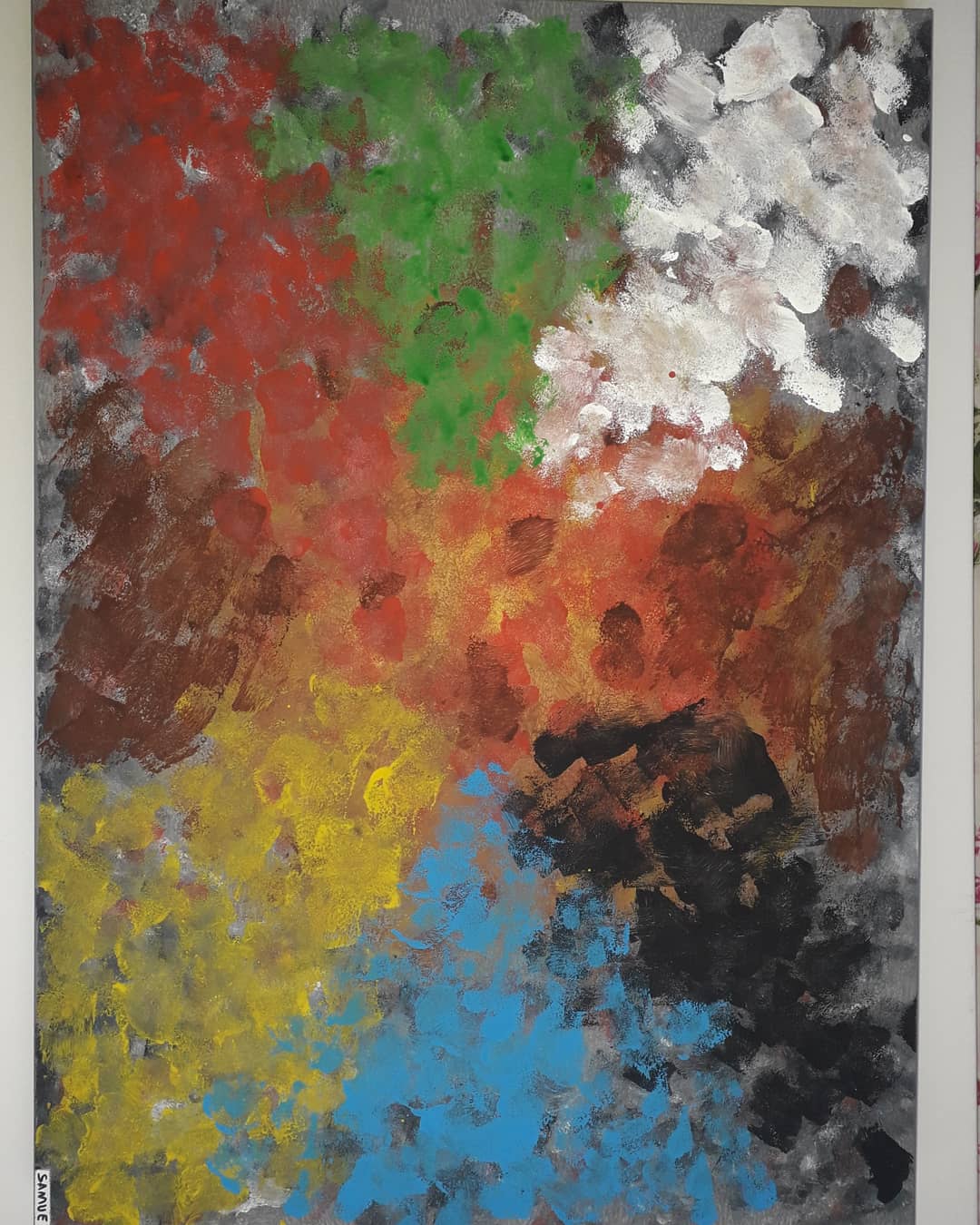 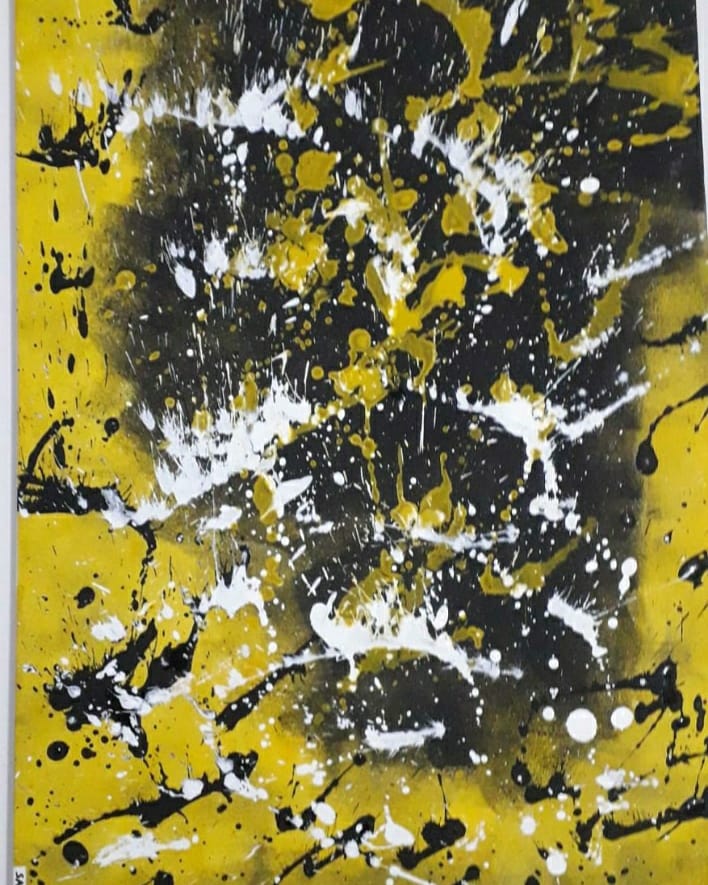 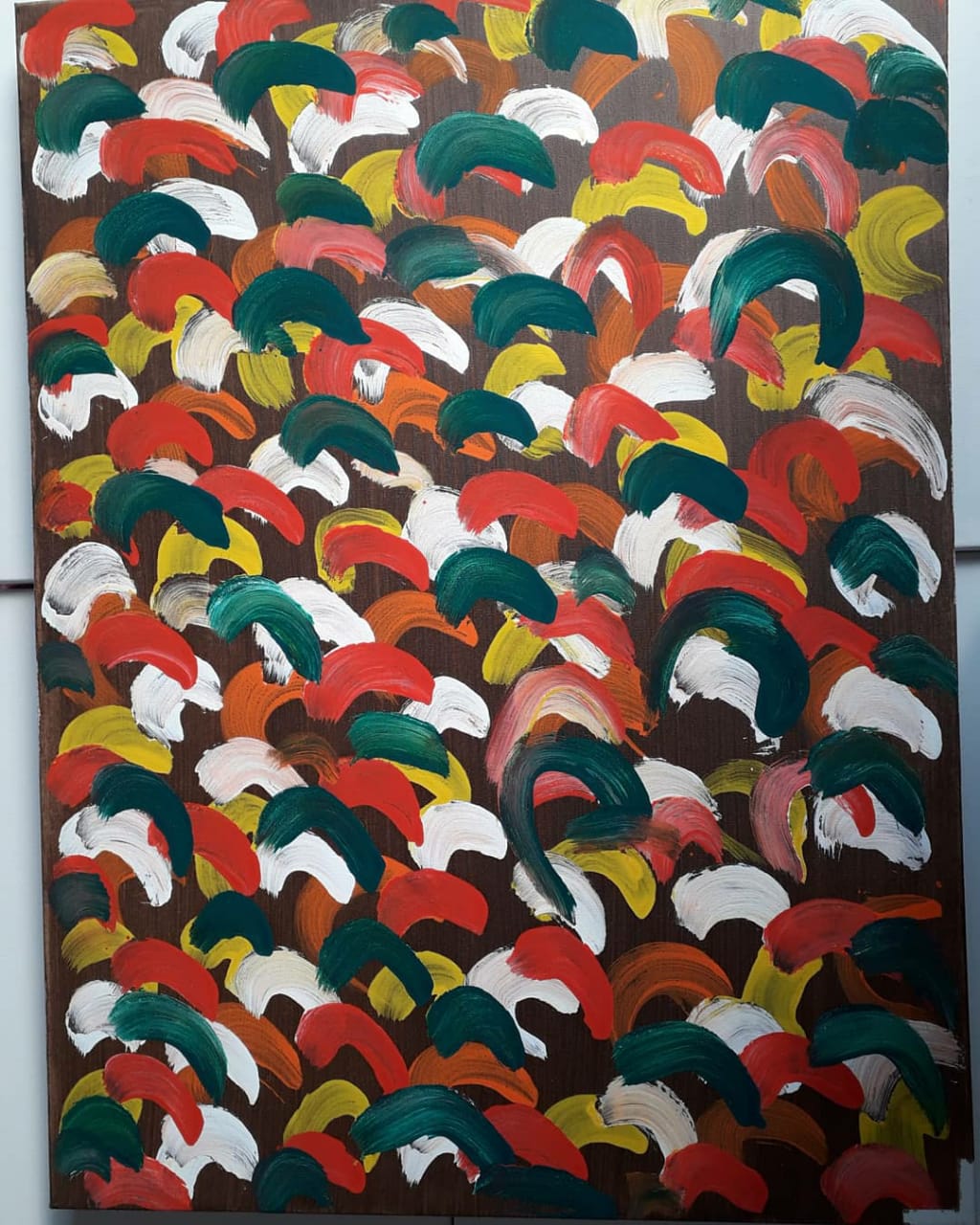 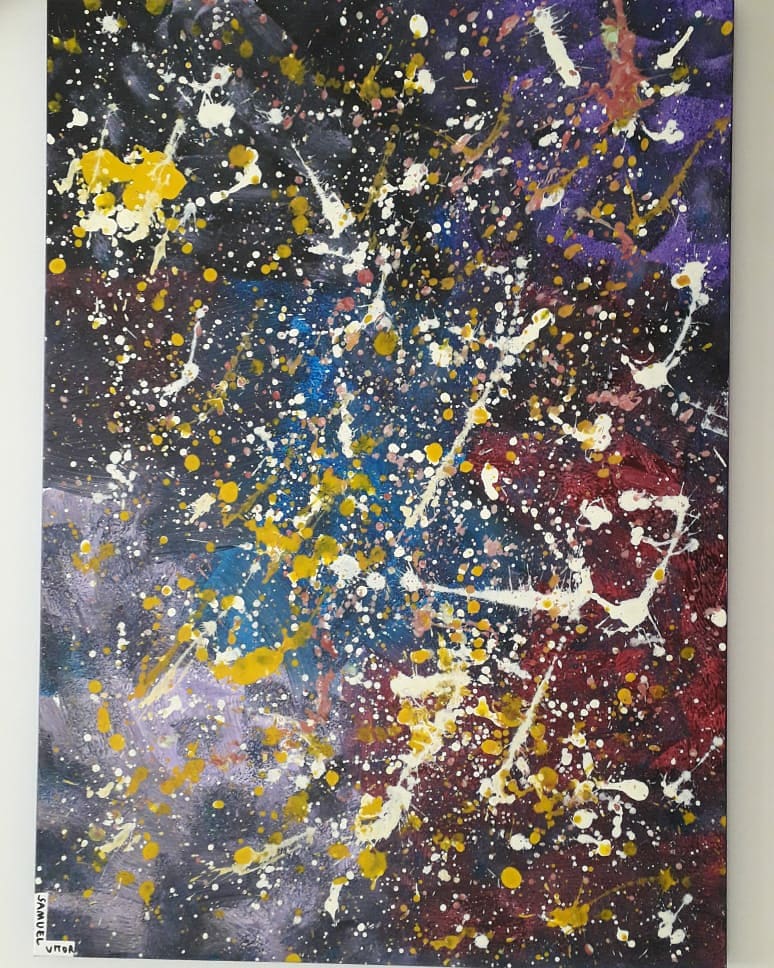 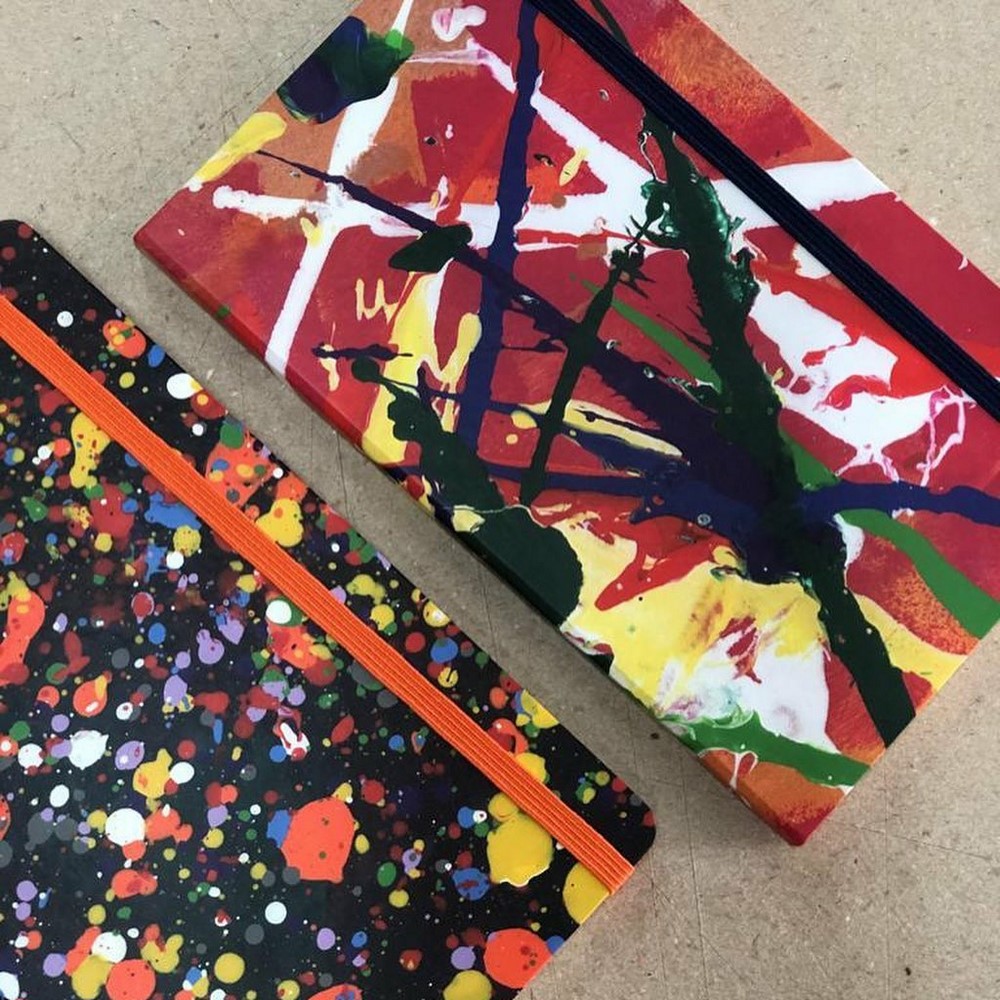 Through painting he was able to express feelings that he could not with speech and gestures, and also with the fact that he touched different paints and textures, he greatly minimized the sensory issue in addition to improving motor coordination..

But painting represents much more than therapy for Samuel and it was through art that we saw a bond, affection, overcoming, evolution, dedication, concentration, adaptation, Security, socialization, communication and one of the things that I was most concerned about as a mother was the lack, imagination and creativity. In addition to promoting self-regulation and acting as a space where Samuel could calm down, reported the mother Flavia. 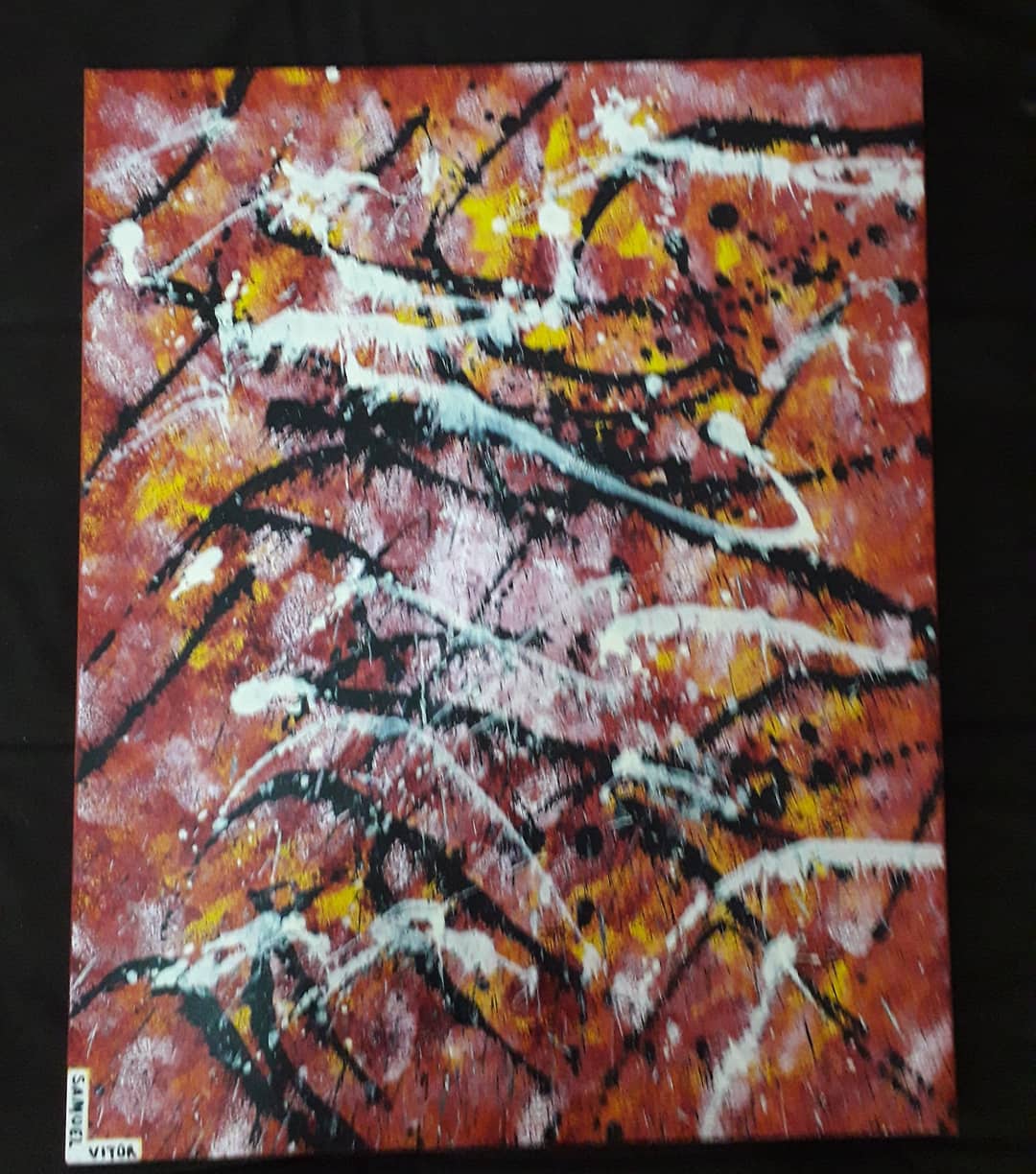 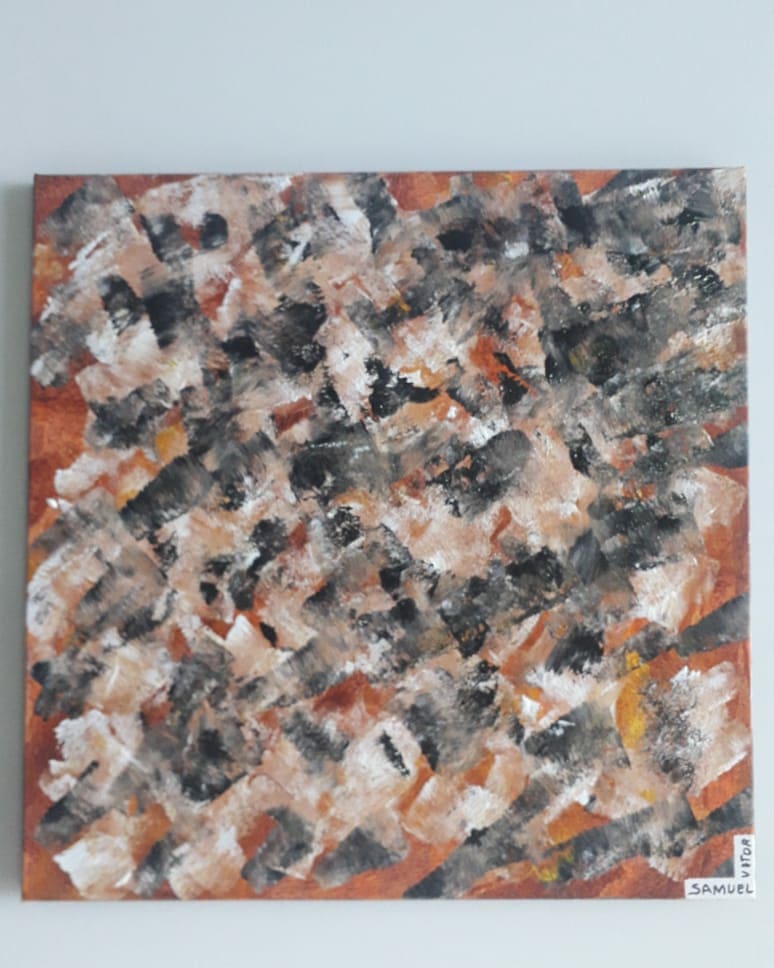 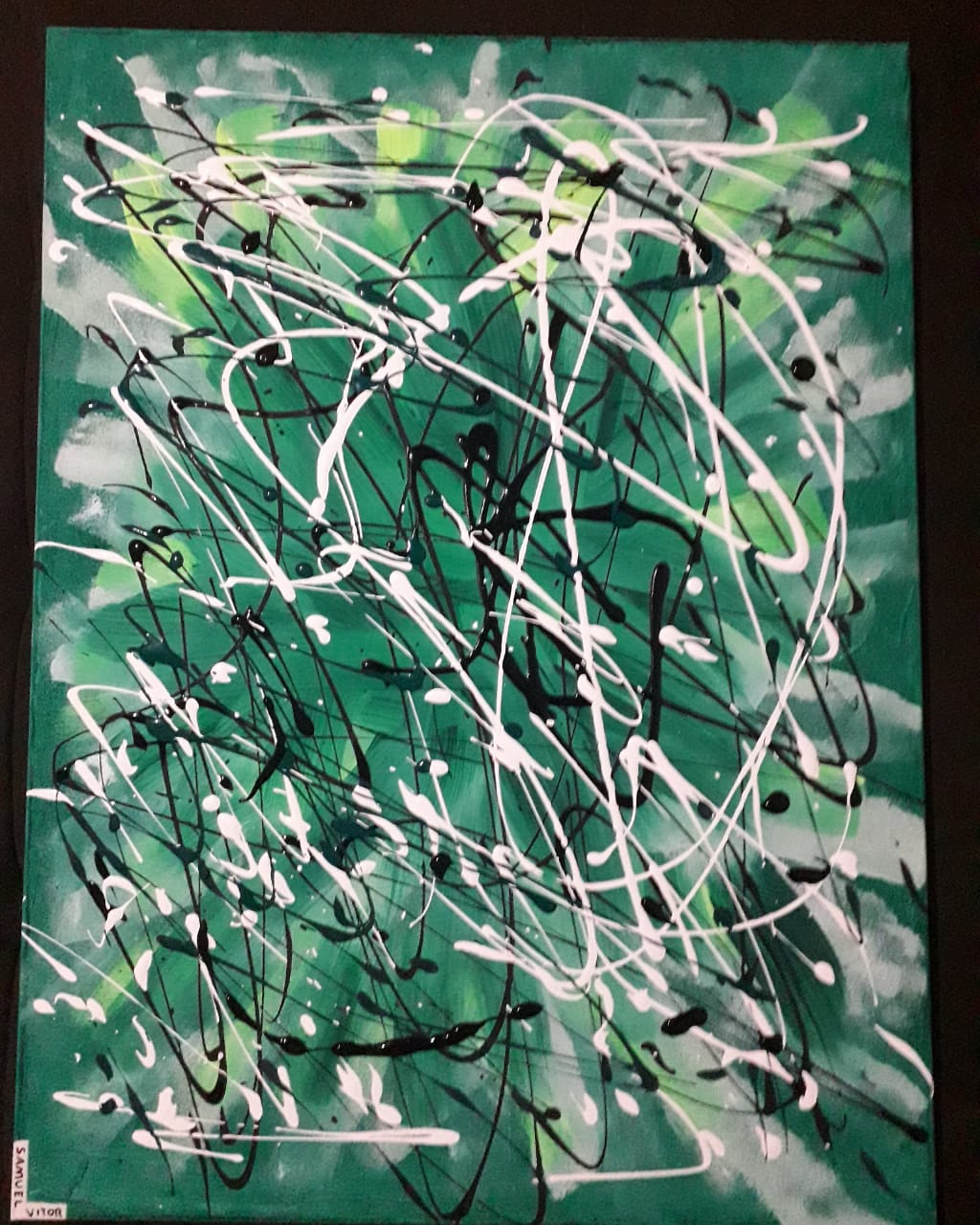 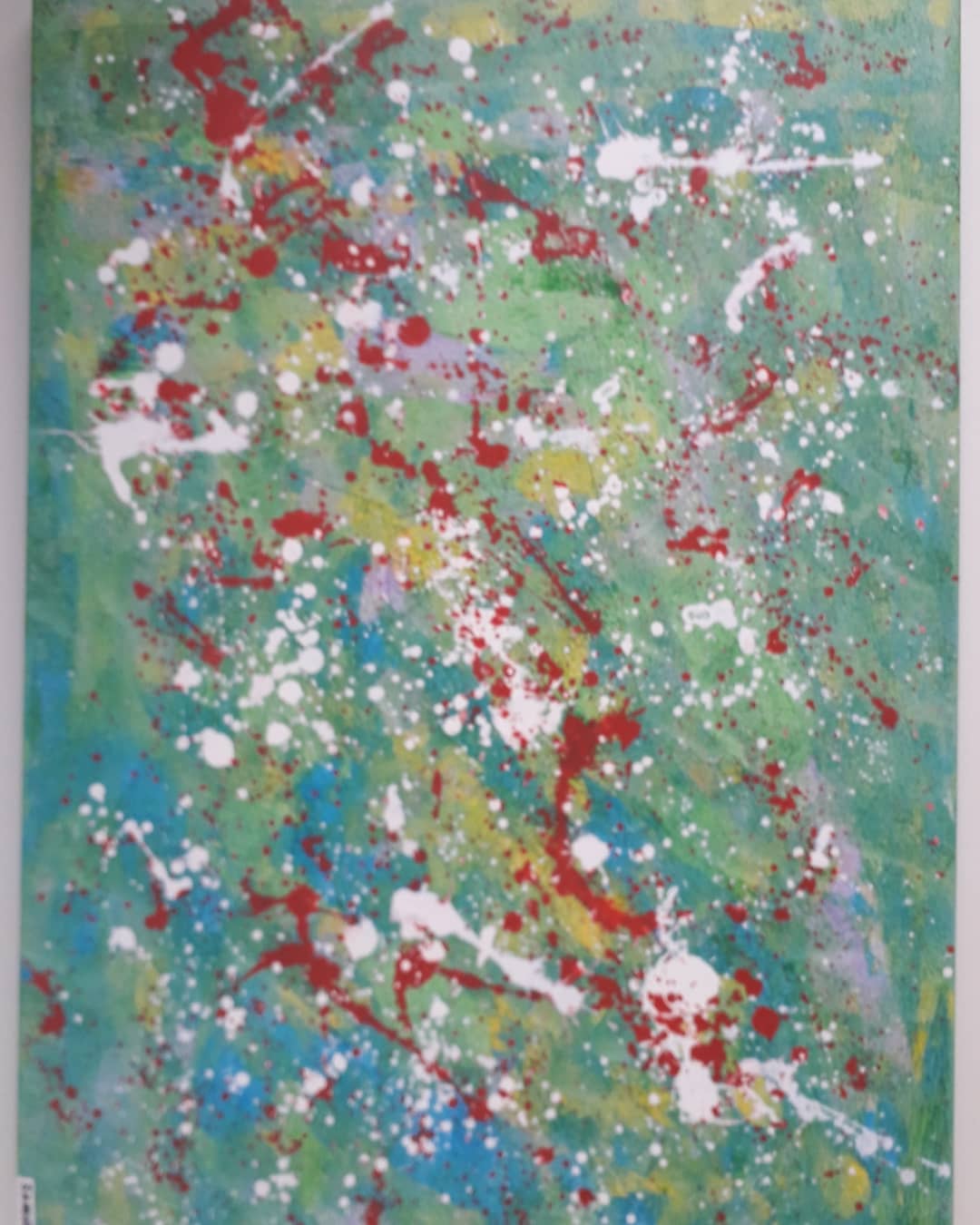 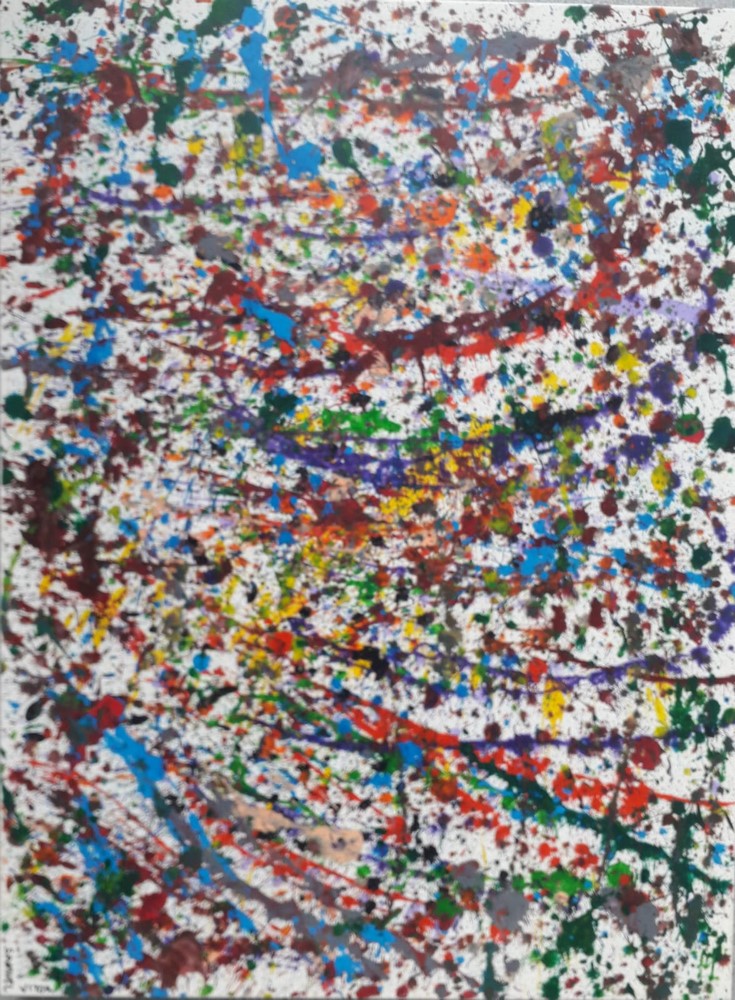 Today I'm sure that early diagnosis and adequate playful stimuli made Samuel a happier and more understanding child, says Flávia.

Today he calls himself a painter of emotions, because that's exactly what he demonstrates with his talent and sensitivity. 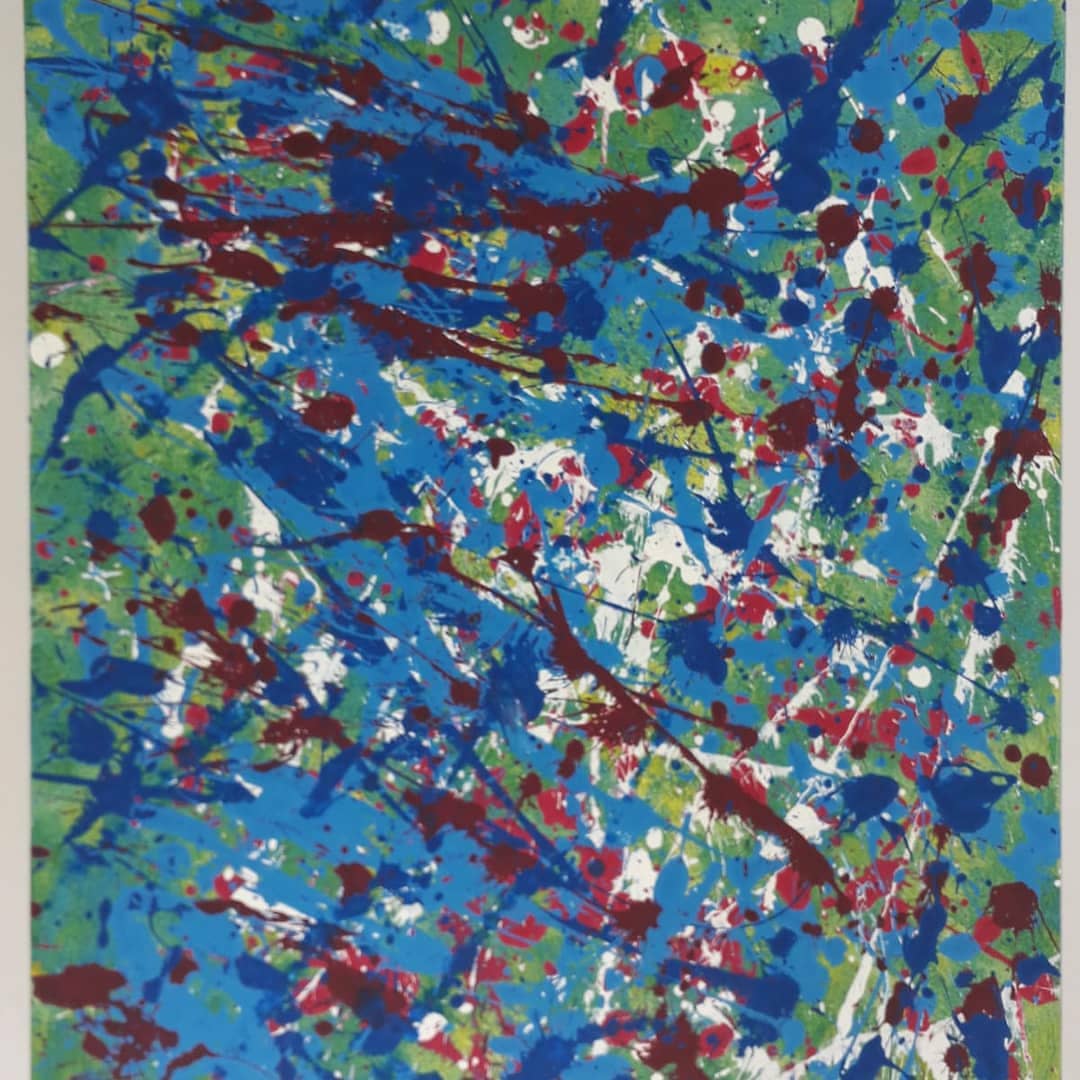 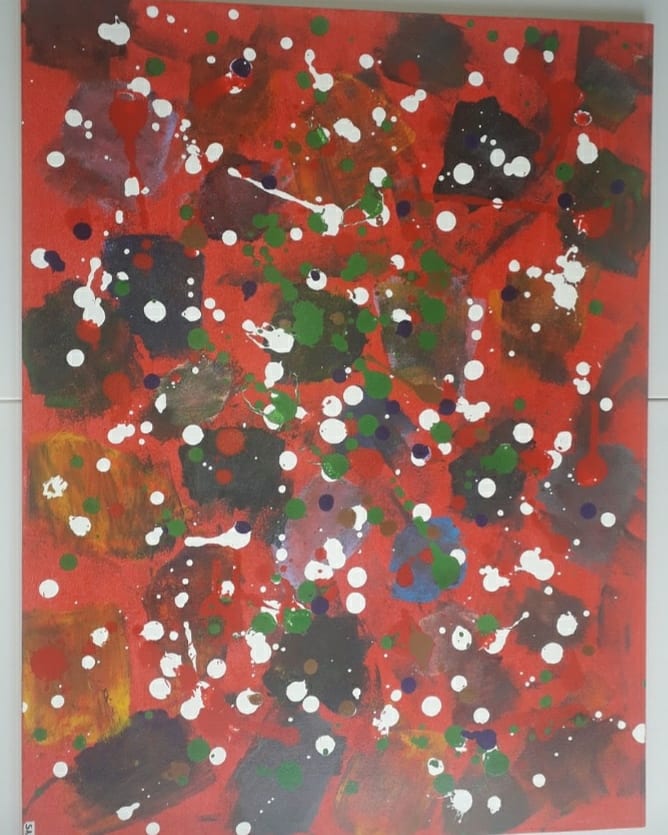 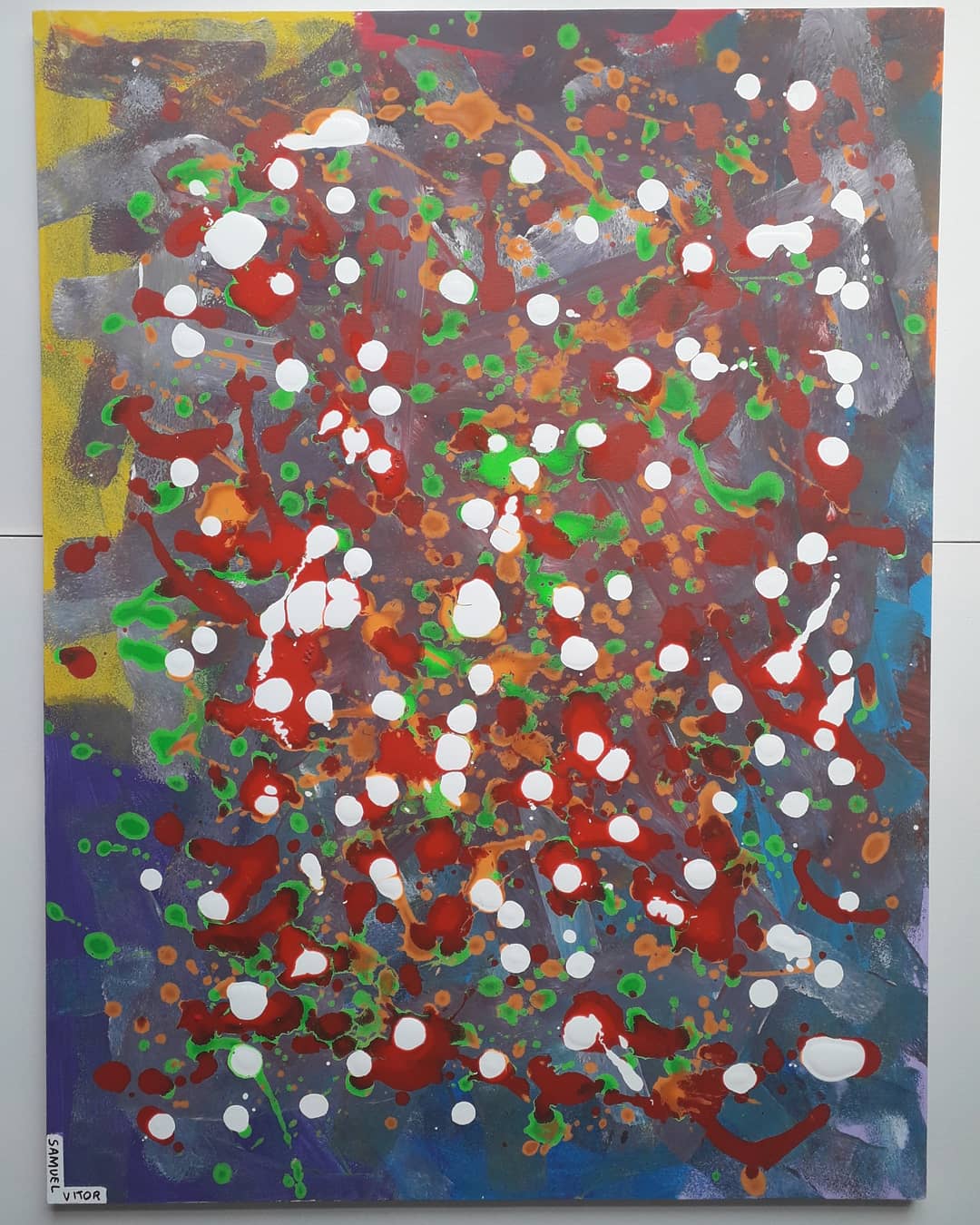 Samuel also has great affection and respect for plants and animals., attends the 1st Year of Elementary School in your city.

Unfortunately, due to the high costs, Samuel is unable to exhibit his works in other places except on his social networks, and his most recent participation is being in the virtual exhibition “Arte é resistance” at Raphael Art Gallery, a special guest by its organizer Edmundo Cavalcanti. 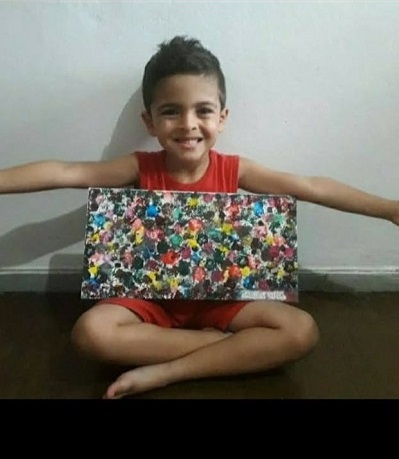 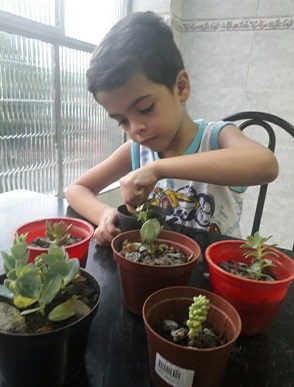 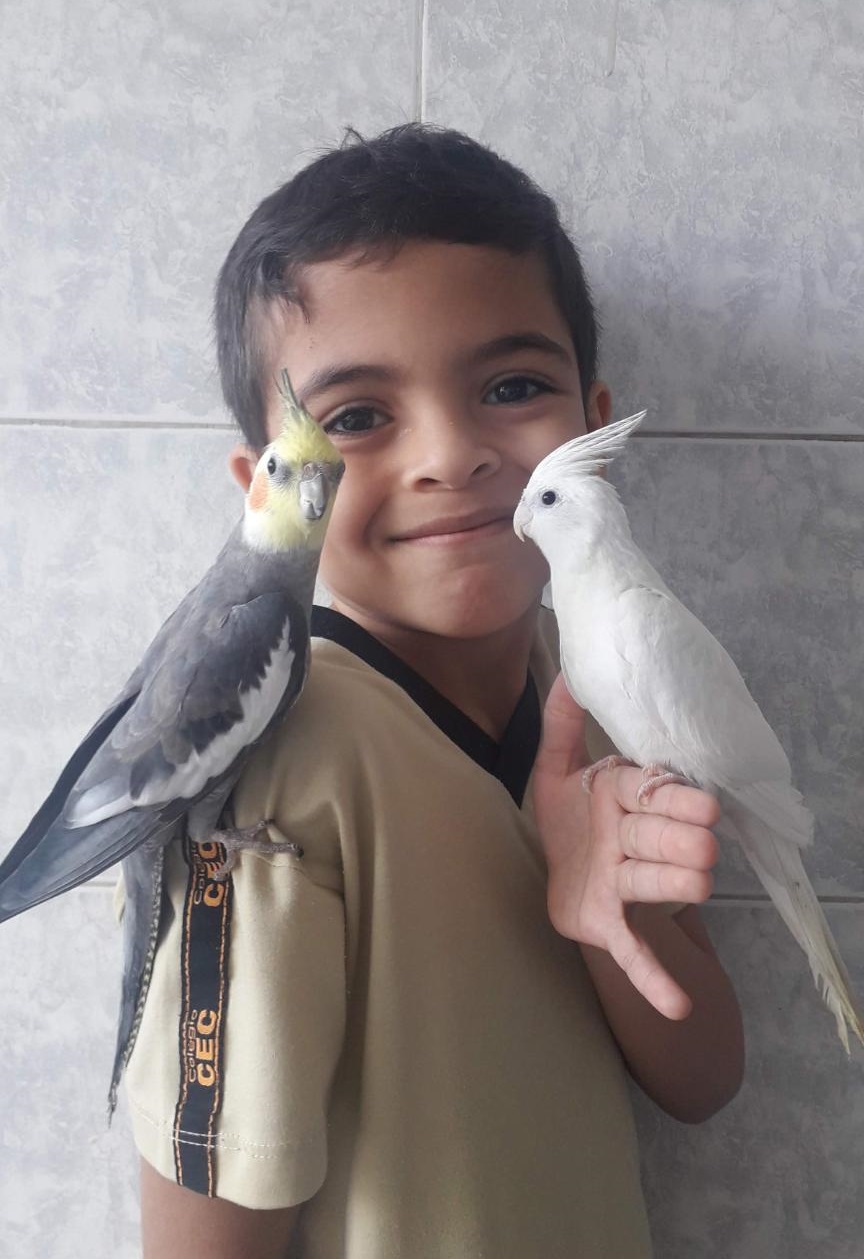 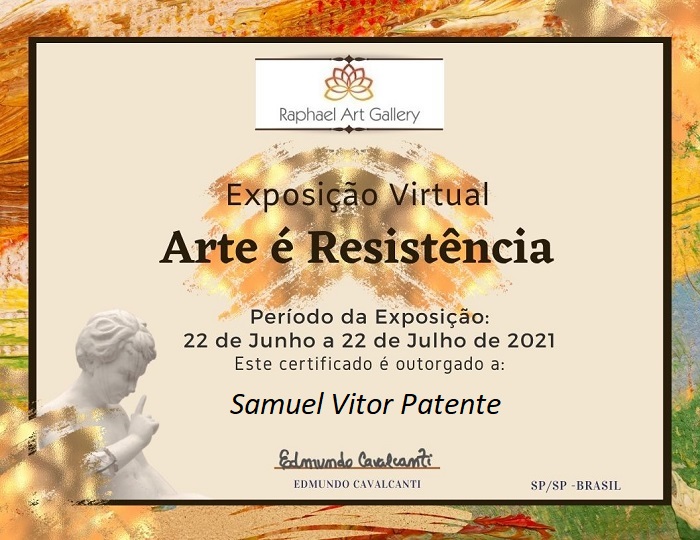 See the analysis of the works of Samuel Vitor by Ana Mondini: 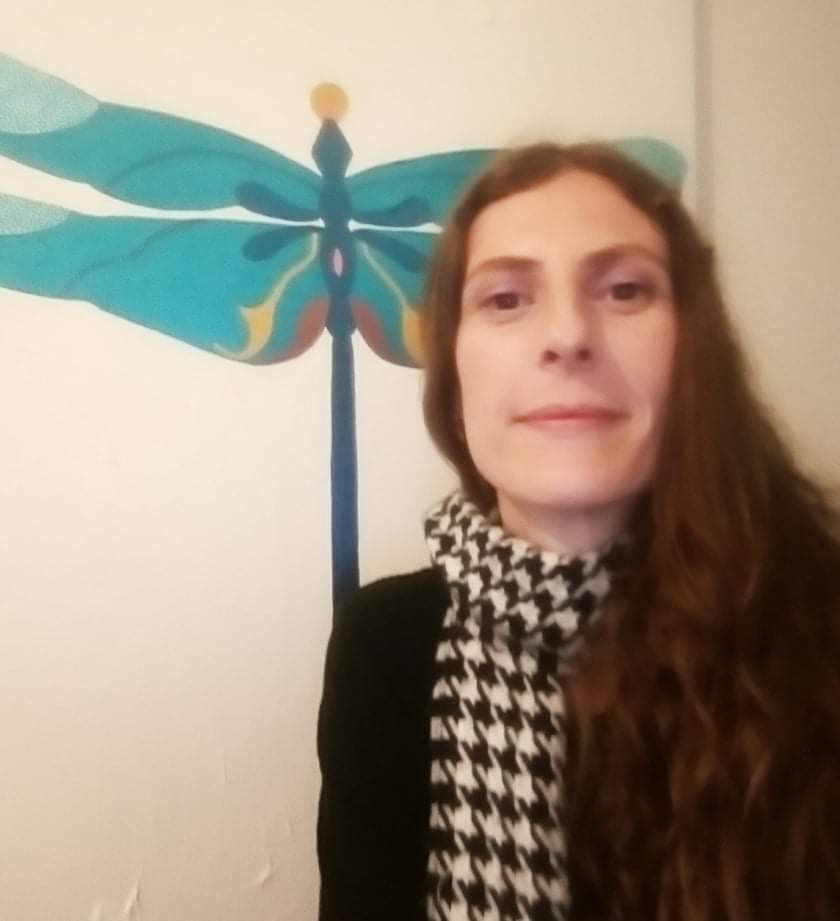 Ana Mondini is an Art Critic, PhD in Philosophy, Visual Artist, formed by the School of Music and Arts of Paraná and creator of the “Virtual Gallery - Philosophy & Art ".

It's not just about throwing paint on a canvas, but it means a great attitude towards the way of performing the art.

Just like the iconic Pollock, the artist Samuel Vitor frees himself from the classical parameters related to pictorial composition. By leaving aside brushes and traditional technique, enables both its spontaneity and colors.

Layer of color on layer puts the viewer in front of an ocean of infinite relationships between planes and movements, that gently move us from our common places.

Interesting to note that the end result always manifests itself with beauty and harmony, revealing that spontaneity can indeed act together with composition.

Samuel Victor offers, through your paintings, the possibility of entering fields with different perspectives, sensations and emotions. In particular, the perspective that must never abandon the artist, namely, the soft glow of creative freedom!

Samuel Vitor Patent – ​​“The overcoming through art”, by Edmundo Cavalcanti
It was through the most recent collective virtual exhibition that I organized, with the participation of 63 national artists with their most varied styles and techniques, that I discovered a special talent, which caught my attention a lot for its colors and the abstraction of its works. a whirlwind of colors, but always with a special meaning for the artist. “Samuel demonstrates that through art it is possible to overcome the difficulties of children with ASD - Autistic Spectrum Disorder" . Samuel Vitor Patent is&hellip;

Summary : Rate the story! Thanks for your participation!!

Previous: deal(A)art education: Sesc's national project starts on the day 30/06
Next: How to paint your facade?