Home / Art / São Paulo will meet on the Shroud of Turin from the Holy, Art and Science

São Paulo will meet on the Shroud of Turin from the Holy, Art and Science

Relic renowned researcher, Prof. Dr. Jack Barnett, will make a subject of analysis based on his original research

Ever wondered analyze one of the most intriguing puzzles still present in humanity, the Holy Shroud of Turin, using areas of knowledge, the principle, They look completely different from one another, but they are more intertwined than you think, especially when it comes to the linen cloth that wrapped the body of Christ, considered the largest Catholic relic in the world? Pois é, precisely, which proposes the researcher of medieval art, Renaissance and 17th century, Prof. Dr. Jack Barnett, one of the most renowned scholars of the Shroud in Brazil.

From day 29 October, he minister five meetings, in São Paulo, where the relic will present not only as a mere religious and historical nature of object - whose influence helped shape the iconography of Jesus Christ -, but as something that transcends the sacred and explores both the artistic field, as the scientific.

There are more than 30 years, the researcher studied the shroud in order to explain why the Catholic relic is not a medieval building, as was proclaimed in 1988, after the examination result of carbon 14, and 2018, by researchers Liverpool John Moores University, no UK, and the University of Pavia, Italy, after performing experiments with human blood, mannequins and volunteers - although all the results have been challenged. For this, combined with the contributions of Religion and Science, it is based on artistic studies to deconstruct this statement of medieval building.

During the meetings, the teacher will also make a contextualization and critical analysis of possible relic of trajectories over the centuries; will address the influence of the Shroud in the art as a paradigmatic model of representation of Jesus Christ; will weave reflections on the science of the Shroud view from the Secondo Pio of photography in the nineteenth century and the results of the US group STURP; besides performing a rich analysis of artistic works with and without the influence of the relic.

The content will serve as the foundation for art students, historians, professionals linked to literature and media, religious, researchers, teachers wishing to develop the topic in the classroom, as well as professionals from all areas, university students and interested people in general who will have the chance to deepen an unprecedented study of the relic.

Doctor from the University of São Paulo (USP), researcher of medieval art, Renaissance and 17th century, especially of its receipt by the modern reader; developing the concept of iconofotologia, with which keeps their line of research. Author of books on the subject, as well as articles related to the subject in journals from Brazil and abroad; novelist and poet. Director of the Center imagistic CONDES-photos, besides being editor of the academic journal The light and power. 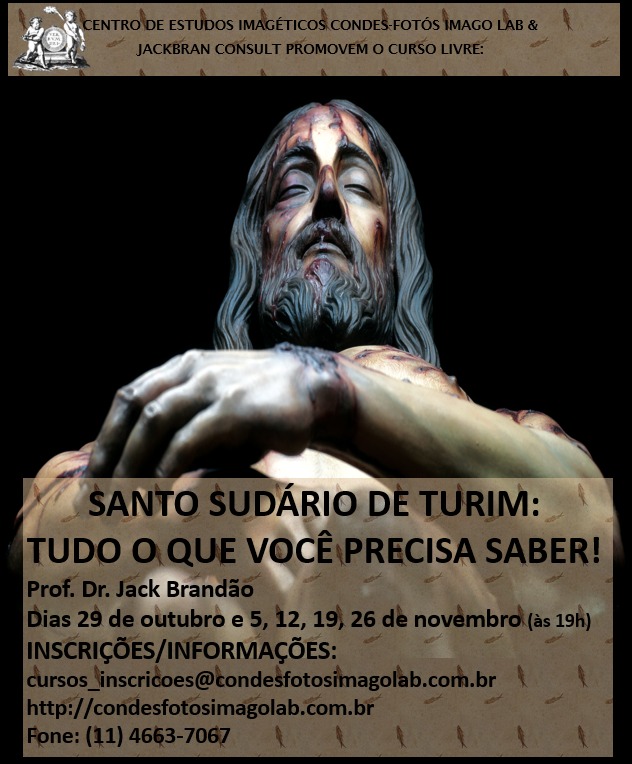 free course Shroud of Turin: all you need to know!. Disclosure.