the dynamics of artistic processes in the Brazilian Midwest 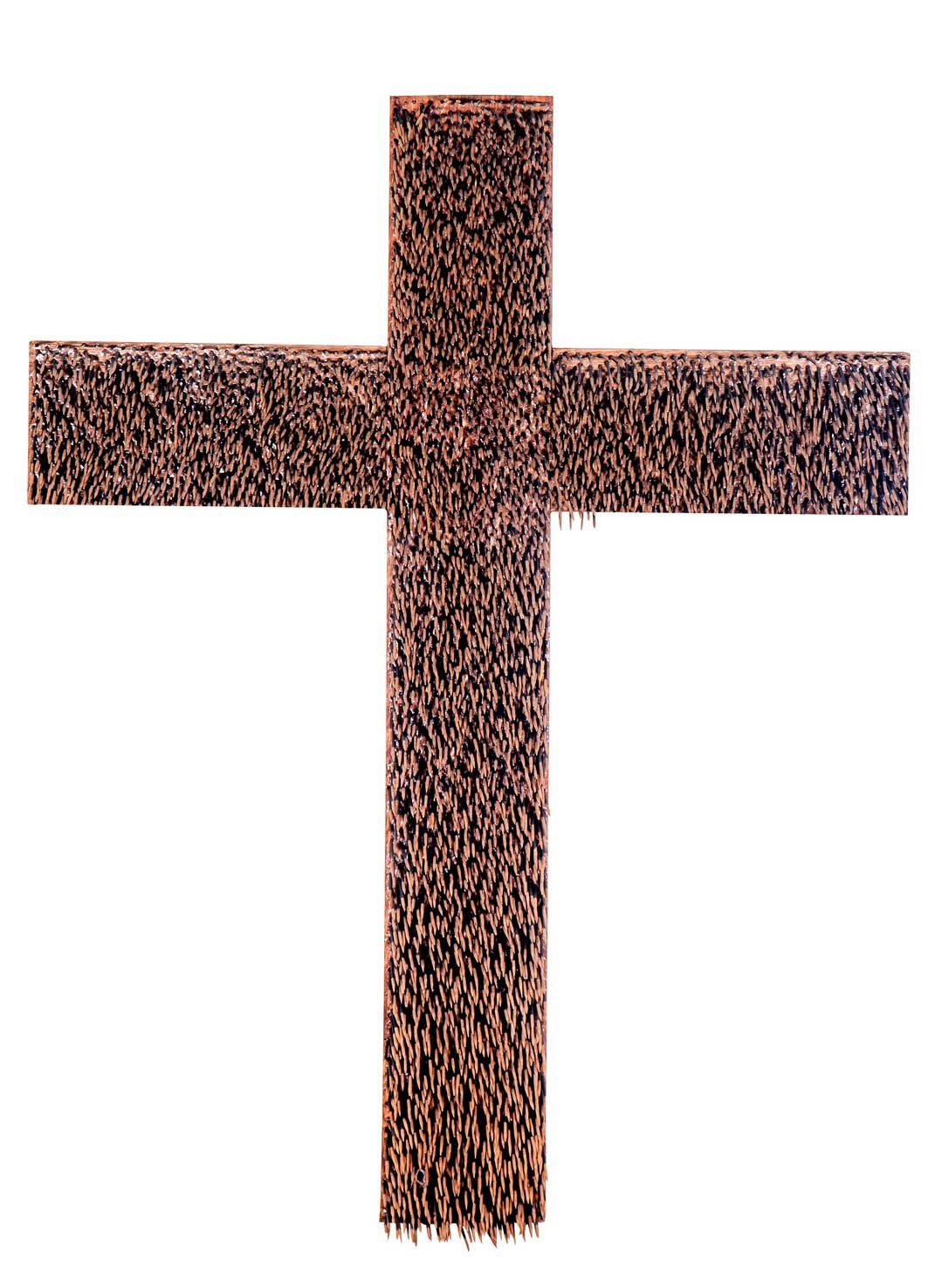 Museu de Arte Sacra de São Paulo – BUT/SP, institution of the Department of Culture and Economy of the State of São Paulo Creative, in accordance with all protocols defined by the competent areas, brings to the Room MAS / Metro Tiradentes the group exhibition “What is your cross?” composed of 70 crosses made by 51 artists from the Brazilian west center; a cutout from a private collection, under the curatorship of Daisy Estrá. “The collection builds an imagery narrative that ends up being synthetic of one of the most culturally rich regions in Brazil. (…..) Unusual materials, like horns, ox leather, animal hooves and bones, stones, ceramics, patch, eraser, fabric, plastic and many other materials talk to each other, forming a complex network of signs and symbols. This polyphony in dialogue reveals the artistic identity of the region ”, explains the curator.

The collection comes from an artist project Gervane de Paula, titled "Suffer With Me" what, starting from a personal need while making his own crosses, invited the other artists to respond plastically, resulting in a set of varied styles and narratives, where we can observe the creation and individual attitude of each one.

“What is your cross?” proposes to provide the public with a better understanding of the Brazilian Midwest by “opening the doors” of the cerrado in a poetic way, without falling into the stereotypes that confuse rather than clarify. “There is no esthetic line in the project and more academic productions can be seen, even urban art, highly challenging and politicized. O que have a, not set, is the creation of a kind of artistic RG of the region where they operate, bringing names from different generations to talk to contemporary times ”, concludes Daisy Estrá.

Museu de Arte Sacra de São Paulo – institution of the Department of Culture and Economy of the State of São Paulo Creative, It is one of the most important of its kind in the country. It is the result of an agreement signed between the State Government and Mitra Archdiocese of Sao Paulo, in 28 October 1969, and its installation date 29 June 1970. Since then, the Museu de Arte Sacra de São Paulo He came to occupy wing of the Monastery of Our Lady of the Immaculate Conception of Light, on Avenida Tiradentes, downtown São Paulo. The building is one of the most important monuments of colonial architecture São Paulo, built of rammed earth, rare remaining example in the city, last farm convent city. It was listed by the Historical and Artistic Heritage Institute National, in 1943, and the Council for the Defense of Heritage, Architectural artistic and the State of São Paulo, in 1979. It has much of its collection also listed by IPHAN, since 1969, whose priceless heritage includes relics of stories in Brazil and worldwide. A Museu de Arte Sacra de São Paulo holds a vast collection of works created between centuries 16 and 20, counting with rare specimens and significant. There are more than 10 thousand items in the collection. Has works of recognized names, as Frei Agostinho da Piedade, Frei Agostinho de Jesus, Antônio Francisco Lisboa, the "Aleijadinho" and Benedito Calixto de Jesus, Among many, anonymous or not. Noteworthy are also the collections of nativity scenes, silverware and jewelery, Lampadarios, furniture, altarpieces, altars, clothing, liturgical books and numismatic.

Previous: Decorative trends for 2021
Next: ROCA AND DRESSING IMAGES