Home / Art / The French Embassy in Brazil, the Network of French Alliances in Brazil and the Molotov Cocktail celebrate the Fête de la Musique in Brazil

Mirroring the June Festivals that take place annually in Brazil in June, to French Embassy in Brazil, the Network of French Alliances in Brazil and the Molotov Cocktail Festival cross sonic boundaries to celebrate music in the 391st edition of “Fête de la Musique 2021” (Music Festival 2021) in another virtual edition. The project has the support of French Institute and National Music Center na França.

The highlight of the program is the unprecedented exhibition of the film L’Homme Statue, by Olivia Lang on the musical relations between Brazil and France and with the special participation of the multi-artist Loïc Koutana, French living in Brazil, and the Brazilian DJ and producer Zopelar. The Documentary narrated by L’Homme Statue features the participations of Linn da Quebrada and Yndi da Silva. The film is broadcast through the networks of the French Alliances www.youtube.com/channel/UCzgcwYjDMfYwI7kuyD4xw2A, AF Brazil Channel and on YouTube from Molotov cocktail.

The transmission is through the networks of the French Alliances and Canal AF Brasil www.youtube.com/channel/UCzgcwYjDMfYwI7kuyD4xw2A

In your 39th edition, a Music Day 2021 happens in day 21 of June (Monday), in virtual format with transmission by French Alliance Networks and AF Brasil Channel, to celebrate the summer solstice in the northern hemisphere, already traditional date of the French calendar since 1982, when musicians and amateur artists and music professionals of different styles and aesthetics come together.

Due to the health context of the Pandemic, the edition of 2021 of Music Festival remained virtual, but with an innovative and differentiated program, to offer the public digital content in different formats and aesthetics. These new features were built with the collaboration of Embassy of France, the Network of French Alliances in Brazil, the Festival Molotov cocktail and the support of the French Institute e do National Music Center in France, to permeate the meeting of French and Brazilian cultures in all their diversity.

“For this edition, what will be virtual, still marked by the health context, we wish to perpetuate this open spirit, democratic and festive, as well as innovate, in order to encourage the encounter of French and Brazilian cultures in all their diversity. Mirroring the June Festivals, which also take place annually in Brazil in June, we propose a unifying event, popular and quality. Different formats, artists and aesthetics will be honored, reflecting the effervescence that animates today's French and Brazilian music scene. This festival stands as a cornerstone to prepare post-pandemic musical recovery“, believe Vincent Zonca, Cultural Attaché at the French Embassy. 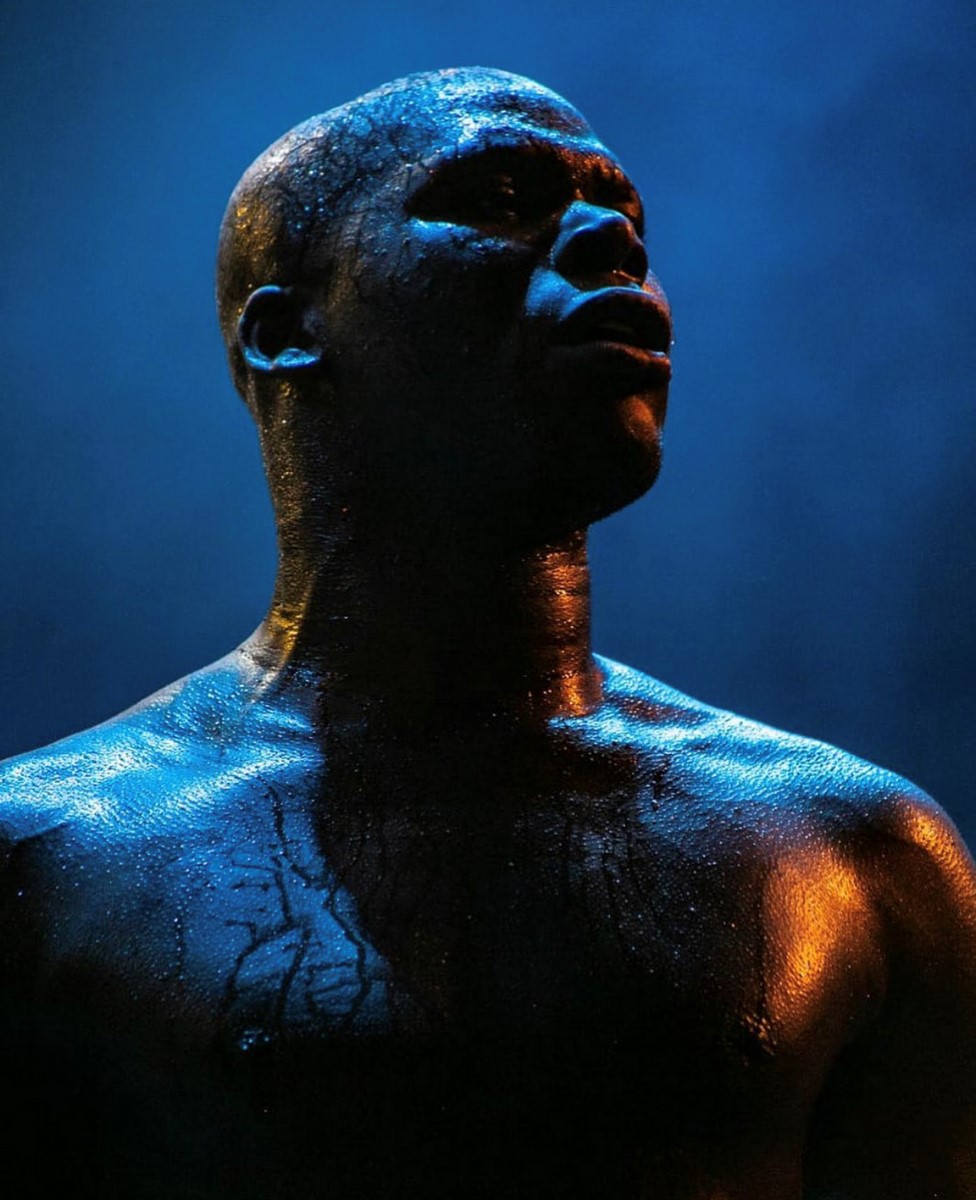 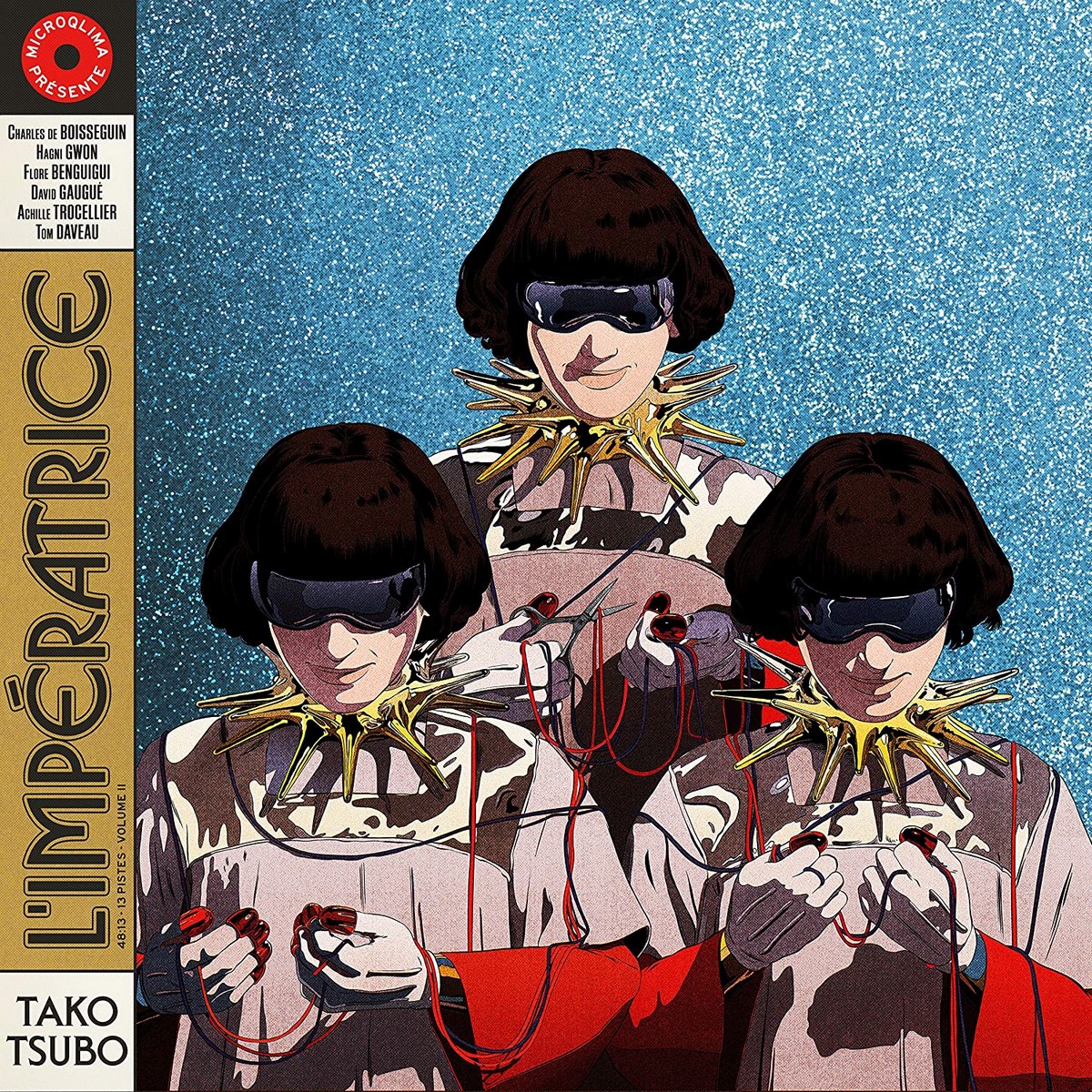 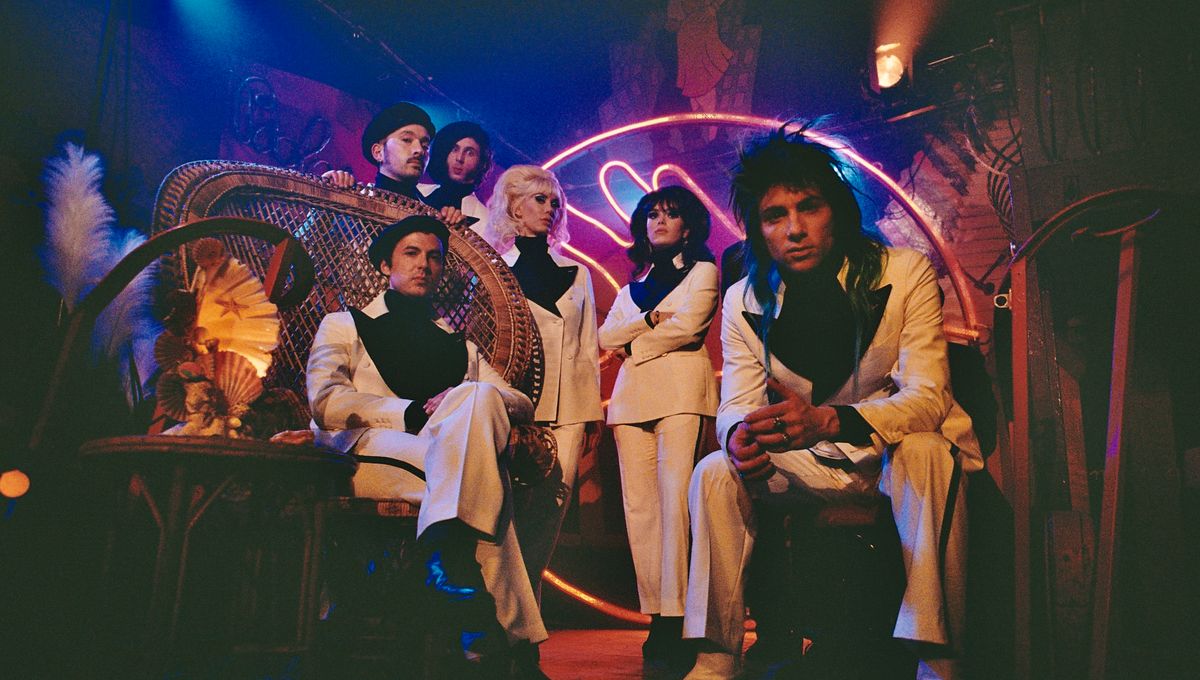 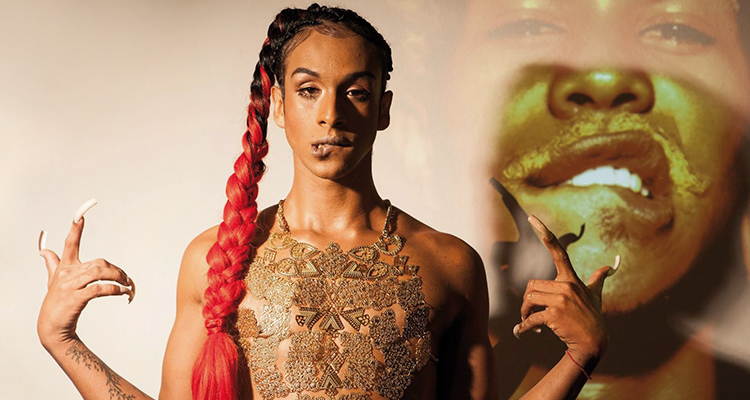 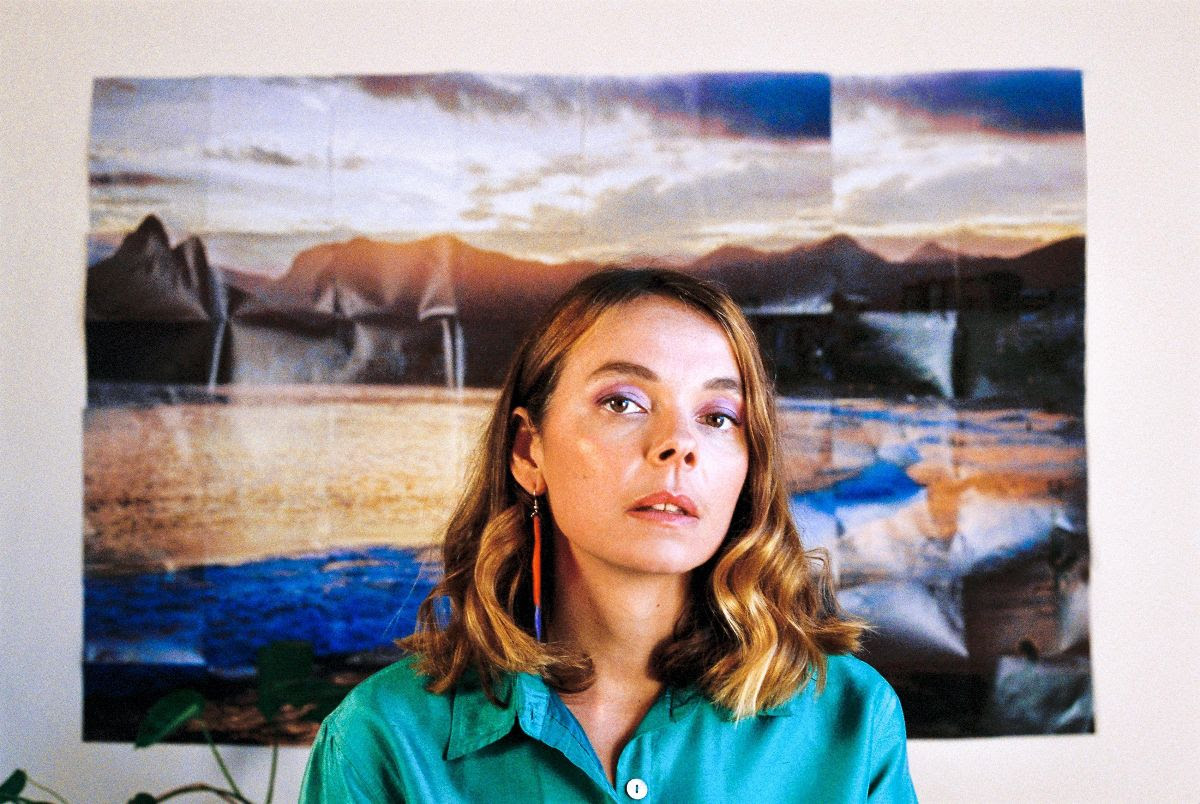 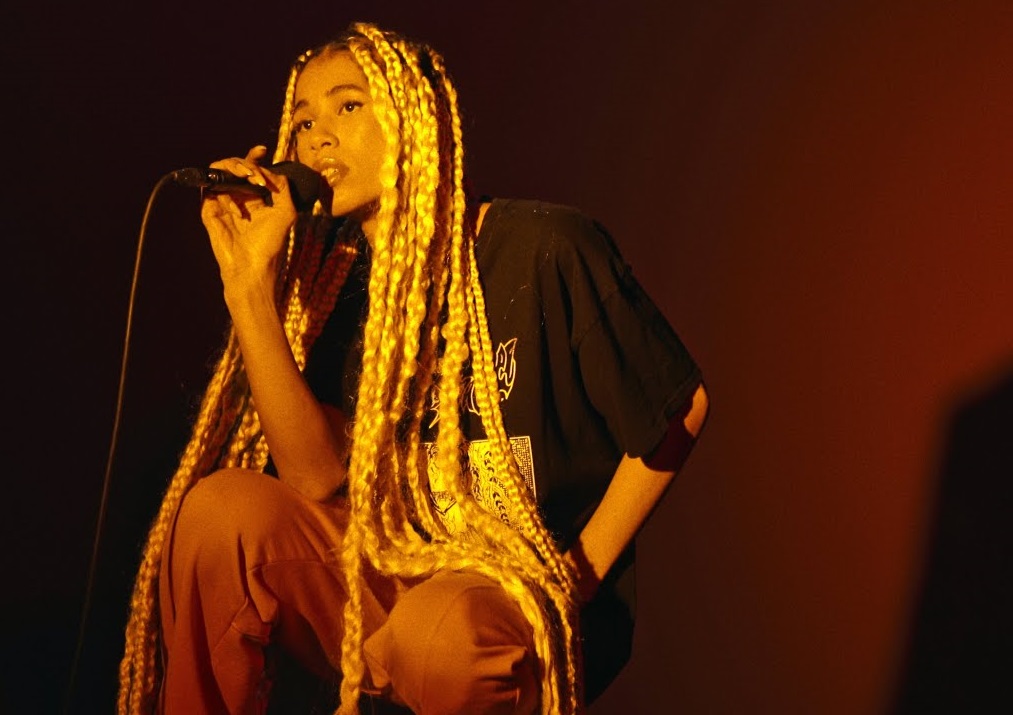 A Music Festival 2021 paves the way for future collaborations without borders. Interested parties will be able to follow the broadcast on the French Alliances social media (www.youtube.com/channel/UCzgcwYjDMfYwI7kuyD4xw2A), among them the French Alliance Rio de Janeiro.

“A 21 June is a pivotal time for the expression of musical life, to bring energy to this symbolic date of the winter solstice (in Brazil) and of the summer (in France). Fête de la Musique celebrates live music and values ​​the diversity of musical practices in a transgression and mix between our two cultures in a joyful way.”, says Quentin Richard, Cultural coordinator of the French Alliances network.

Ana Garcia, director of the Molotov Cocktail, says she is flattered to create this different look at Fête de la musique and highlights that the festival has always had a strong relationship with France. “Since 2006 we bring artists from there to play and tour the country in partnership with the French Embassy in Brazil, the Institut Français and the Alliance Français. Artists like Hindi Zahra, Sebastien Tellier, Market, La Femme and many others came to Brazil for the first time because of our partnership“, Remember.

Na opening, at 6:45 pm, the mini concert of The Empress, a famous french rock band, who is currently across the Atlantic with his pop music evoking both David Bowie and Daft Punk and breaking generational and aesthetic boundaries. Captured on the roof of the Paris Philharmonic, the short excerpt from the concert highlights the Music Festival, an outdoor presentation with the roofs of Paris in focus. A smooth intro under a jazzy sky, funk and pop reflexes, before moving to Brazil. L’impératrice is a very well identified group in France, where it reaches a large audience, young but not only.

The second attraction and one of the highlights of this edition is the exhibition of the documentary The Man Statue, to 19 hours, about the musical relations between Brazil and France. The film stars the multi-artist Loïc Koutana, French living in Brazil, and the DJ and Brazilian producer Zopelar. The film is directed by Olivia Lang with creative production of Rodrigo de Carvalho and brings interviews, performances and musical numbers by Brazilian artists, such as Linn da Quebrada and Yndi da Silva.

Loïc Koutana, from L’Homme Statue believes that being a black artist, LGBTQIA+ will bring a new perspective to this relationship. “This makes me experience everything differently from the traditional view of a Frenchman in Brazil“, the firm. “These are two countries that naturally complement each other with mutual respect and admiration between cultures.. I eat frankly- African I found my life commitment in Brazil and I feel a little bit in Africa and a little bit in Europe here“, think.

The young French dancer and musician will be the master of ceremonies. Internationally recognized for his performances with the São Paulo collective black ceiling, it is currently on display at the São Paulo Museum of Art video room (MASP). After several international tours (Nuits Sonores in Lyon, Palace of Fine Arts in Bruxelas, Rialto Theater in Montreal), he decided to settle in São Paulo and focus on his music career. He then released several promising tracks, and is now preparing the release of his first album, halfway between jazz, the electro-pop and the song. He is supported by his Urban Jungle label. (which also produces Brazilian artists known as Céu, Boogarins or OTO) and for your digital community (1,2 million followers on TikTok and 159.000 non-Instagram followers), with whom he daily shares his creations and his French lessons.

Linn da Quebrada is a leading artist of the new Brazilian pop scene. She became known through her first avant-garde albums, mixing Brazilian pop and funk. It is also known for its commitment to recognizing the rights of the LGBTQI+ community.

the young parisian Yndi has just released his first album under a new pseudonym, Yndi. After a career under the pseudonym Dream Koala, the Brazilian-born artist returns with a more pop project, reinventing the guitar and voice format, so dear to Brazilians.

As an heiress worthy of Françoise Hardy, Margo Guryan or VashM Bunyan, Laure briard composes intimate albums between realism and poetry. Acting so much in the field of pop, from garage rock and bossa nova, she weaves small pieces of psychedelic yé-yé where she gently marries the cruelty of our existence. She has just released an EP with the Brazilian band Boogarins and enjoys a certain notoriety here in Brazil.

Concluding the program, às 19h30, the display of a show live from the group La Femme. With its teenage melodies and vocals, this french pop band reinvents themselves to make us dance for approx. 1 hour.

Born in Biarritz in the years 2010, Wife Right, as your name could indicate, a solo project, but a collective, built around the duo Marlon Magnée and Sasha Got. The group embodies the renewal of the French rock scene and draws their influences both into punk, in jazz and electronic music. After an international success with his second album Mystère, they release a new work, Paradigms, still on the iconic label Born Bad Records. In addition to incorporating the new French rock scene, La Femme is a group that has been exporting a lot, especially in South America, and has plans to spread to Brazil.

The Alliance Française is a reference in the language and, no doubt, the best-known institution in the world, when it comes to the spread of the French language and Francophone cultures. Has, currently, more than 830 units 132 countries, where they study about 500.000 students. In France, it has schools and cultural centers for foreign students. Brazil has the world's largest network of French Alliances with 37 associations and 68 units.

Is the only institution in Brazil authorized by the Embassy of France to apply the tests that give access to the DELF and DALF diplomas international, recognized by the French Ministry of National Education. The Alliance Française is also official examination centre for international testing validity of two years TCF (The French Knowledge Test) TEF and Canadian (French Assessment Test) and the national test valid for one year Capes (recognized by CAPES and CNPq of MEC).