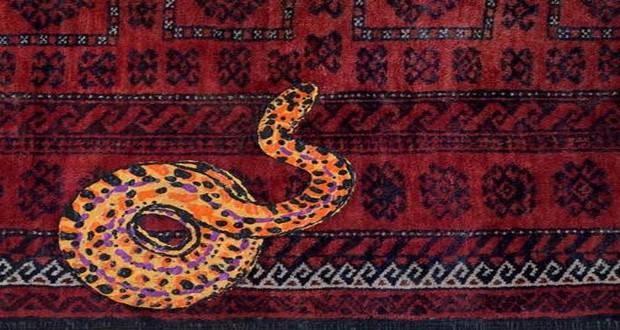 From 28 October, the artist behind the anonymous faces
Subway Sumaré presents shows in the Museum free Ema Klabin

The artist Alex Flemming, that became nationally known after installation of anonymous faces in overlapping glass panels by Brazilian poems at the station Sumaré of São Paulo metro, inaugurates day 28 October the intervention with the series "Anaconda" in the House-Museum Ema Klabin. The show, unprecedented in Brazil, It consists of artistic appropriation of thirteen Persian rugs, of various sizes, including small prayer rugs, on which Flemming introduces the painting of a snake.

Snakes, of strong symbolic value, are painted with chromatic treatment that establishes a dialog troubling with the colored plots, that is, with the pattern of carpets. In certain works, snakes stand out of the fabric and overlap the he, establishing contrasts of color and shape; in other, They mimic the territory of plots, are more tricky and are disguised in your environment, because their colors and their designs are similar to the colors and the patterns of rugs.

With free entry, Anaconda installation occupies all environments of the Ema Klabin's House-Museum: Hall, gallery, Salon, Dining room, master bedroom and guest bedroom. The exhibition is open for visitors until day 17 of december. The show is part of the series Contemporary Range, which invites artists to create works that interfere in the internal environment of the House. The works installed in this space are a counterpoint to the collection acquired by Ema Klabin, entering the debate of a contemporary production in the course of the visit, making room for this range covers a different experience and enable a new look before this collection and its interference. 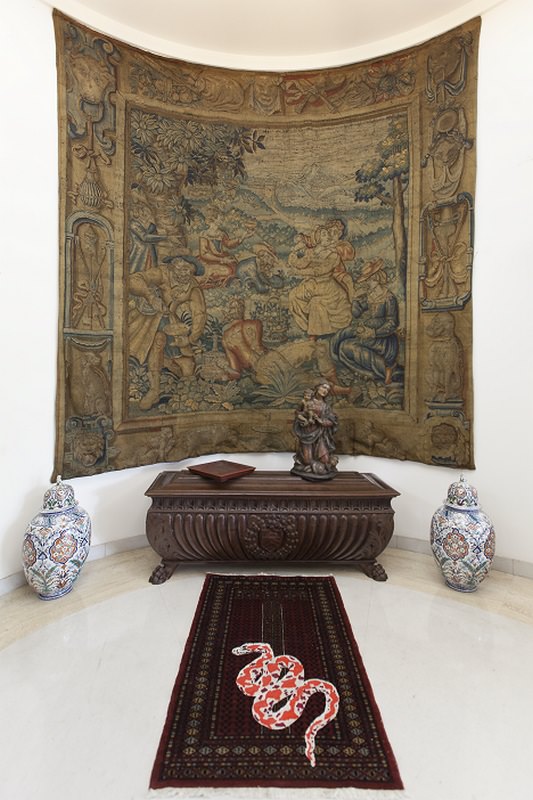 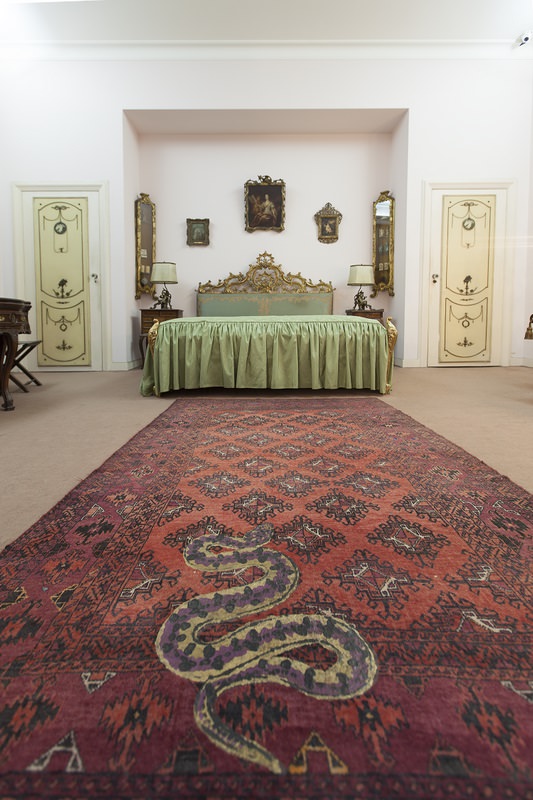 "Being an artist is to accept the challenge to express themselves differently as life evolves", says Alex Flemming. The son of a pilot and a flight attendant, He is a citizen of the world. He studied Cinema at FAAP and free the course of architecture and urbanism of the FAU/USP, the artist appeared in the artistic medium in the years 70, with engravings on the daily life and socio-political challenge. He began intense dedication to painting when he won the Fulbright Foundation scholarship and attended the Pratt Institute of New York. Currently, Flemming lives in Germany, but always visit Brazil.