The vulgar believe that it is easy to escape reality, when it's the hardest in the world. It is easy to say or paint something that is completely meaningless., that is intelligible or null: it will suffice to queue nonsense words, or draw hazards at random. However, being able to constitute something that is not a copy of the material and that, however, have some substantivity, implies the most sublime gift. (GASSET, 2005, p.43)

Art sparks the imagination, stimulates the cognitive and opens the way to infinite forms of language. Curious, the eye is attracted by the colors, by shapes and movement; and wanders interested in the artistic object, unveiling the codes that the artist exposed. With each new look, a new message can be revealed, can be decoded. Perhaps this is the greatest property of art.. Your understanding, however, it is not always responsible for mirroring reality.. When detaching from the world of known things, Art approaches what can be said of a pure Art, spiritualized, without the involvement with the woes of the real world. Thus the limits are extended, if the artist so chooses, if the imagination agrees with that.

To surrender to such a journey, it is enough to contemplate the infinity that inhabits the interior of the soul., of thought and get lost indefinitely along the paths that lead to these stops. What imagination allows will only be a representation of what the true self dares. Only in this way does Art emerge superior, vivid, in full motion, decoupled from patterns. Thus walked the aesthetics of modernity, increasingly detached from reality, engendering new molds and opening a field for the Contemporary aesthetics of the second half of the 20th century.

Although there is no consensus on the beginning of Contemporary Art, it was after WWII, around the years 50 that there was a break with Modern Art, when the new styles emerged accompanying a world ebullient with technological and scientific innovations. the space race, the idea of ​​post-war reconstruction of society and the search for the unconscious were themes that inspired artists. The field has expanded to new languages, from questions in the style dictated by Cinema and Television. From the second half of the 20th century to the present day, Contemporary Art followed the thought, world innovations and changes.

Also called Postmodern, Art was accompanied by changes to Painting, for Sculpture and Architecture. Among the different styles that guided the productions of the time, were Pop Art and Op Art. 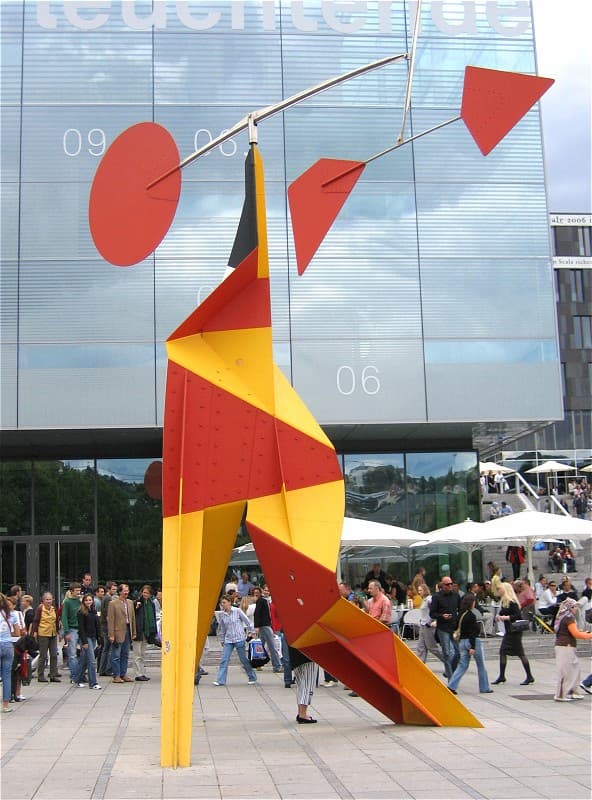 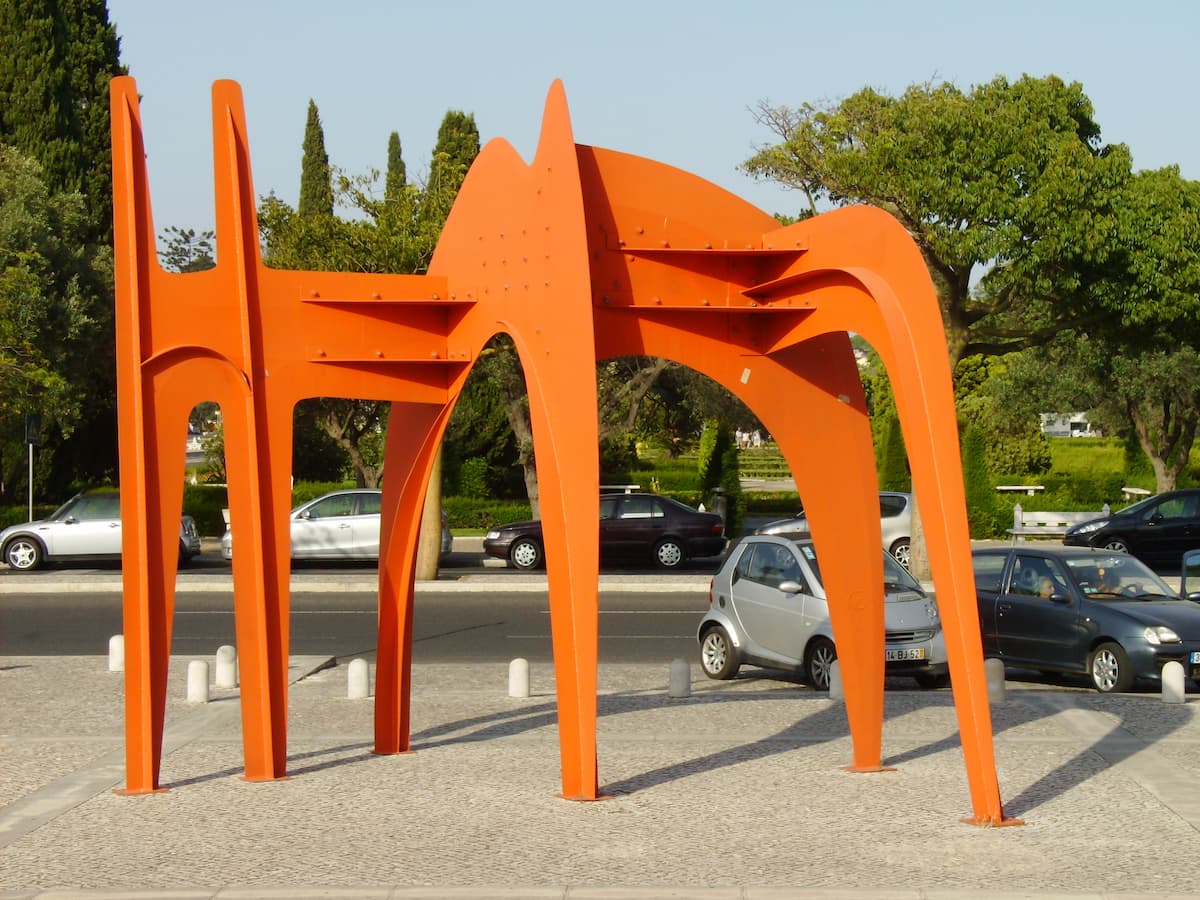 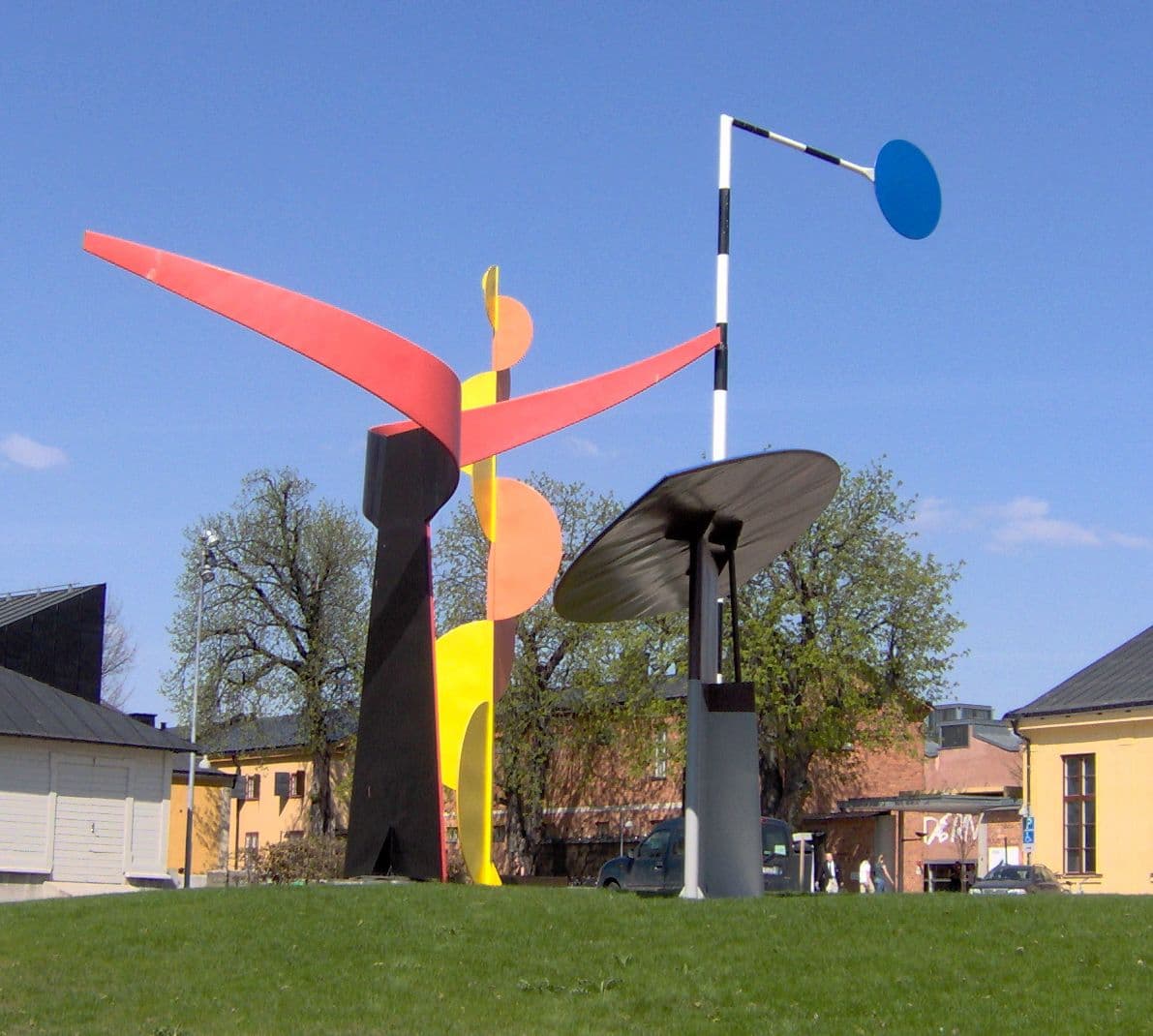 The movement that arose in 1965, in New York, United States and Europe, Op Art was coined, short form for Optical Art. The first exhibition took place at the Museum of Modern Art (MoMA) and was titled "The Responsive Eye”. The name can be translated as the “sensitive eye”, or the “responding eye”, probably referring to the images of works of this style, that involve the eye with the idea of ​​continuous movements of geometric shapes.

Encouraging reflection and stimulating the look at the artistic object, Op Art was considered a variation of the Abstract Expressionism; approaching the field of sensations, dissociating forms, colors and patterns. In the artistic object there are triangles, circles and squares that close, open in spirals, divide into fractals, disassociate and rejoin. The eye is attracted, looks for the image and gets lost in it, looking for where the work begins and where it ends. As a form of illusion, Art seems to be alive and constantly changing, as if nuances and lines vibrated the strings in the form of music. Added to this is the use of contrasting colors., which in a way accentuates the movements. Maybe this is the best description for Op Art style or maybe there is no way to define it, without looking at her.

Victor Vasarely1 studied art in Budapest, in Hungary, country of birth; had contact and influence of the Bauhaus movement; and received inspiration from Kandinsky's works. From 1930 went to Paris where he worked for advertising companies. Came to work with figurative art, but opted for a style whose protagonist was geometry. Its lines became associated with monochromatic and gradually acquired movements and undulations.. Elements linked to depth were present in his work., to multidimensionality and, above all to the dynamism, as if the entire universe of his work now expanded, now withdraw. made cells, unorthodox galaxies and worlds, Vasarely's Art is pulsating with every change of gaze. 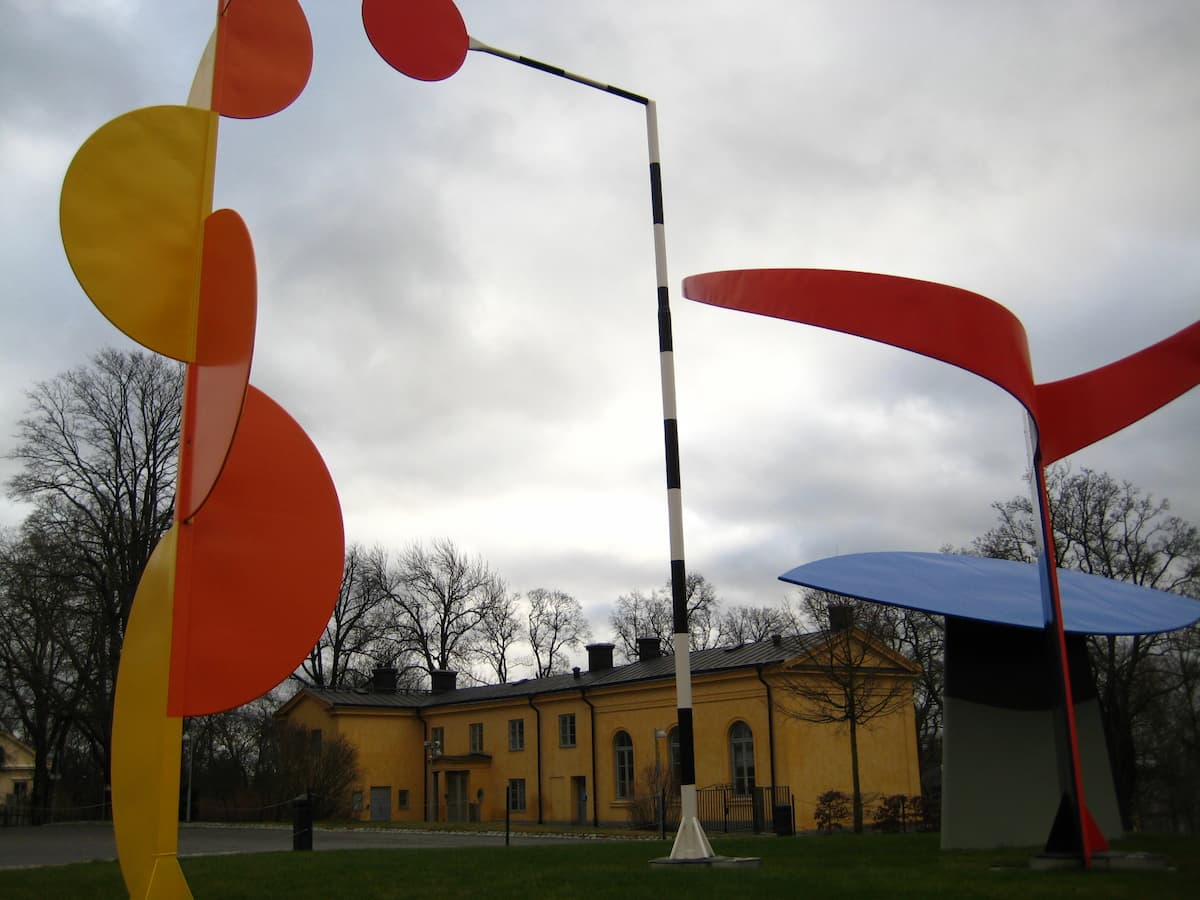 Fig. 4 – Alexander Calder, The four elements, outside area of ​​the Stockholm Museum of Modern Art, Sweden, 2006. Photo: aikijuanma from Barcelona, Spain, CC BY 2.0, via Wikimedia Commons. 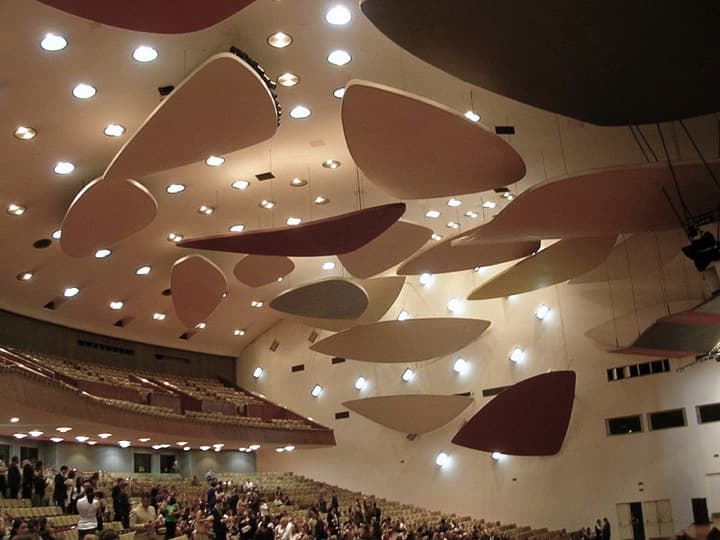 Alexander Calder2 born in pennsylvania, United States and became known for its mobiles and for its immense sculptures, in addition to wire images. From a very young age, the artist already showed interest in creating, getting to make their own toys, a child. Moved to Paris in 1926, where he had contact with the artists of the Surrealism. more than sculptures, your works are art in motion. full size, his works are exhibited in several countries and bring to light the idea of ​​a pure art, linked to the use of colors and moving shapes, what is noticeable in your Red Disk Folding (Fig. 1), from 1973, on display at Schlossplatz Square, in Stuttgart, one of the biggest cities in germany. Em metal, its giant construction acquires incredible lightness with the subtle and delicate movement. Like birds taking flight, its colorful shapes bring joy to the monochrome of the city, at the same time that they seem to be part of the space. When the viewer changes perspective, the artist's work (Figures 2, 3, 4) acquires new nuance through the play of light and shadow; and rearranges itself into new ways, with new figures.

Born in Santo André, São Paulo, Luiz Sacilotto studied Drawing Prize at the University Center of Fine Arts; worked as a publicist; made drawings for architecture. In the field of Art, Sacilotto participated in exhibitions and Biennials in Brazil and exhibitions abroad; and was considered one of the greatest representatives of the concrete generation in Brazil. His work has contrasts., symmetry and has movement. Your immense painting (Fig. 7) in the lobby of block B, from Universidade Federal do ABC seduces the eye in the foreground by the intense color. This attraction increases as the movement of the work intensifies., when eyes run from side to side, or top to bottom. The shapes seem to make a kind of convex movement, where does the whole image go infinitely. To the viewer, the impression is that he himself converges with the work and enters this immensity of forms going back and forth.

In the figure 8, Sacilotto plays with the geometric shape and divides it, forming two new triangles that seem to stretch in space, as if they stretched each of its ends. The material is aluminum, also used in the work of Fig. 10. This, along with the wood, deceives the look, who now perceives the interior of a pyramid, now your outside. Remembering the colors of Fauvism, the green lines stand out superimposed on the orange, na Figura 11. Identically sized lines, drawn one above, others below, lead to the impression of being bigger or smaller. The optical illusion is still completed with the idea that the work moves from top to bottom or from bottom to top.. This Brazilian artist mastered like no other the ability to transform Art into a game of colors, of shapes and illusion of the look. Watching your work is like noticing fields in motion, expanding and shrinking shapes. 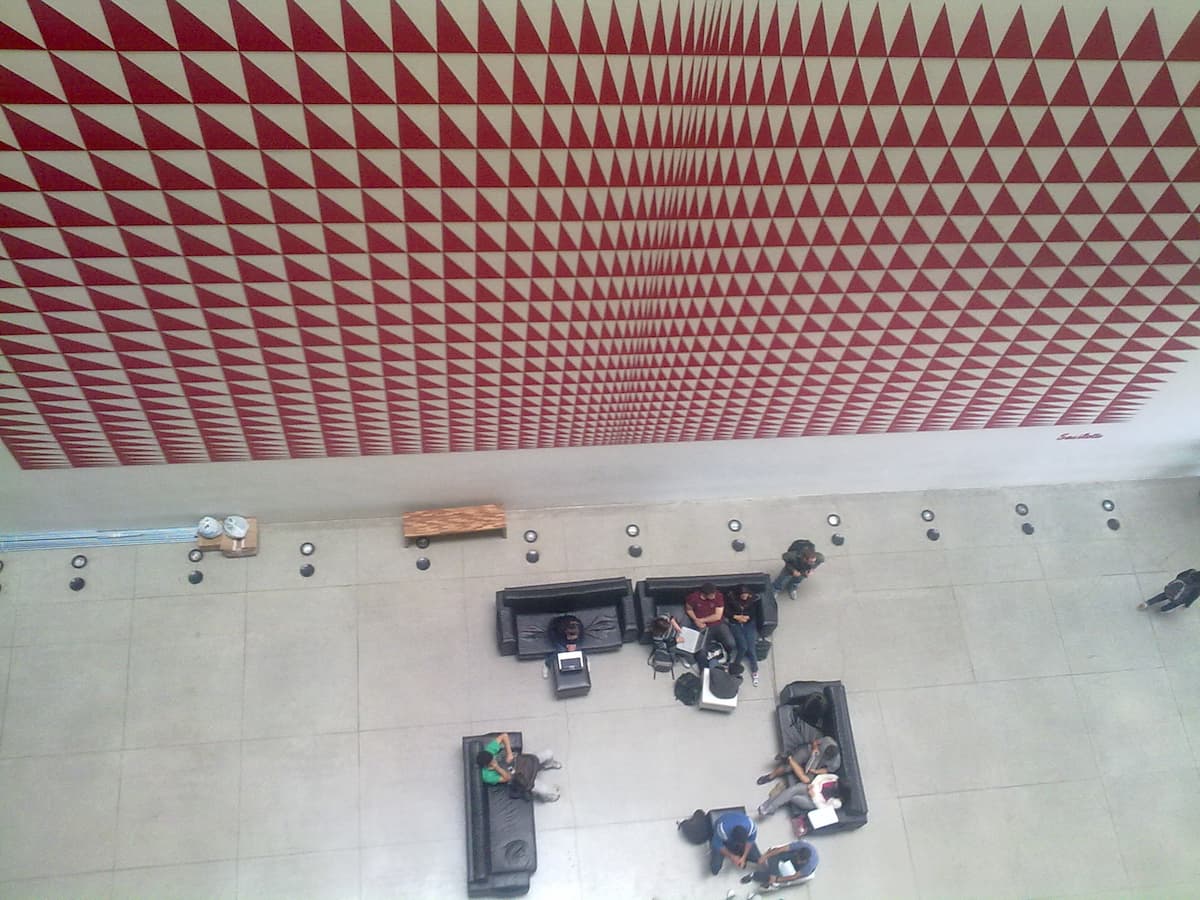 Fig. 7 – Luiz Sacilotto, Painting in the atrium of Block B of the Federal University of ABC, Santo André, São Paulo. Photo: Photo taken by me., Public domain, via Wikimedia Commons. 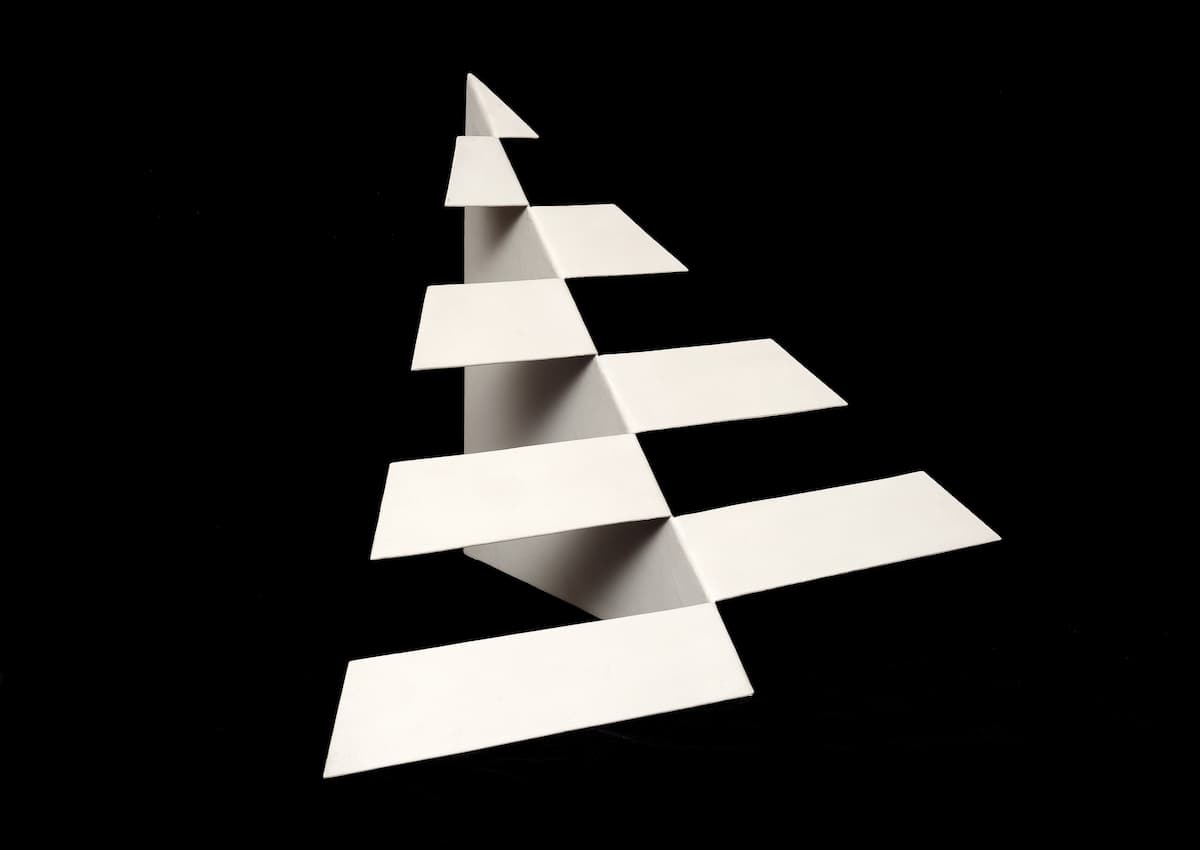 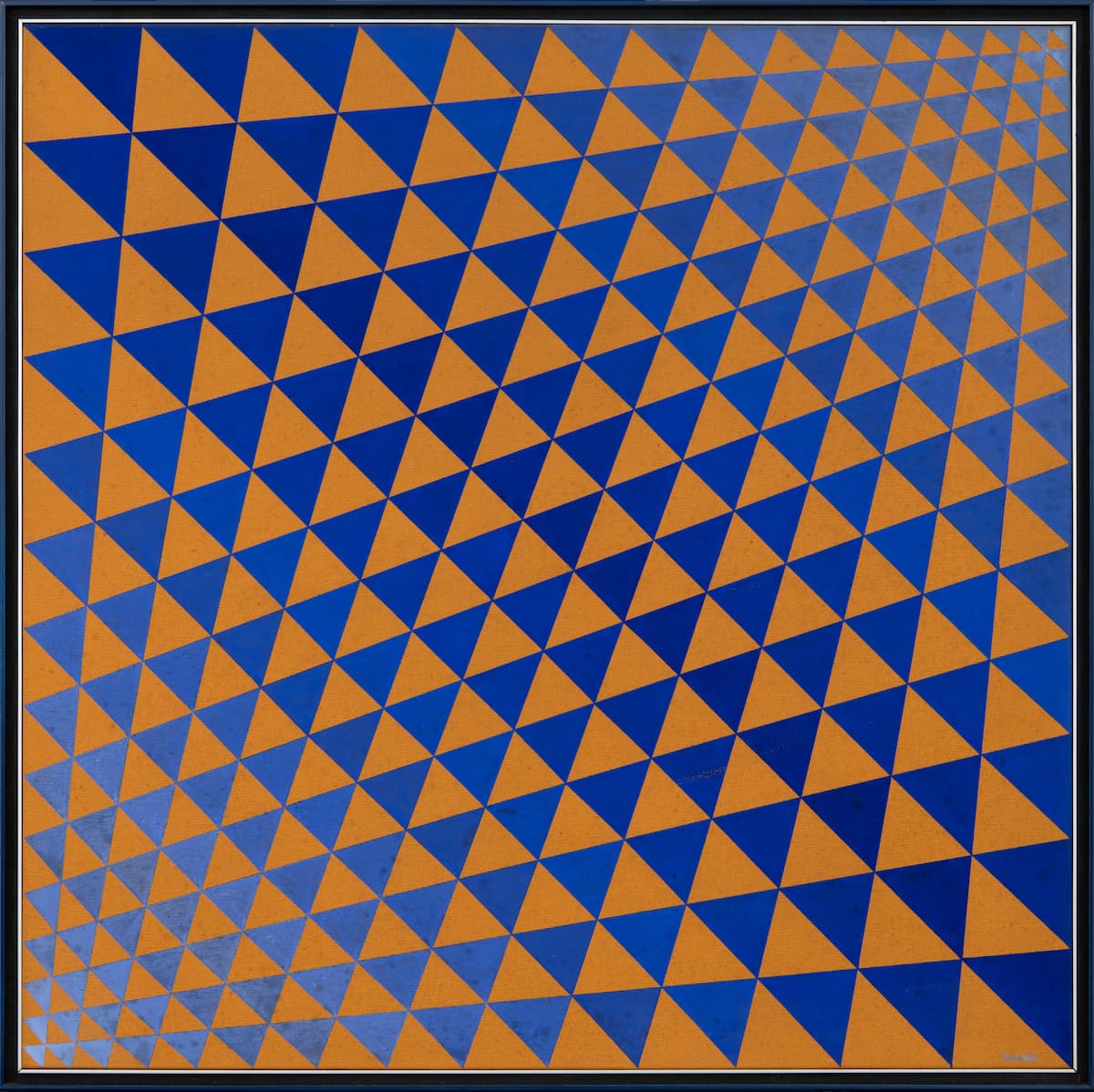 So, just this painting
Of colors out loud,
Colors straight,
Naked, hot colors.

Your only light painting,
Clara construction,
This build of course
Made from not.

Painting you taught
The moral by sight
(leaving the wrist soft
give life more tension).

This paint can,
With their cold blast,
Stir the soul Withers,
Of indifference or acídia.
(GRANDSON, 1975, p.19)

The itineraries of the Art. Its history has shown that it is not enough to be an object on which the enchanted observer rests his attention., but something that catches your eye inviting you to take part as an infinite game; that gives you new perspectives, new points of view, made a joke. Indeed the optical and visual effects of Op Art, with shapes and lines, with vibrant and contrasting colors allow a kind of walk through three-dimensionality in motion as if the work were alive, pressing.

It is pleasant to travel through the artistic object as an integral part of it, enjoy all your space, move by him, from every possible angle. How much the soul surrenders to such fruition, the spirit takes flight in ecstasy. Such an enchantment allows for a lasting delight in being. 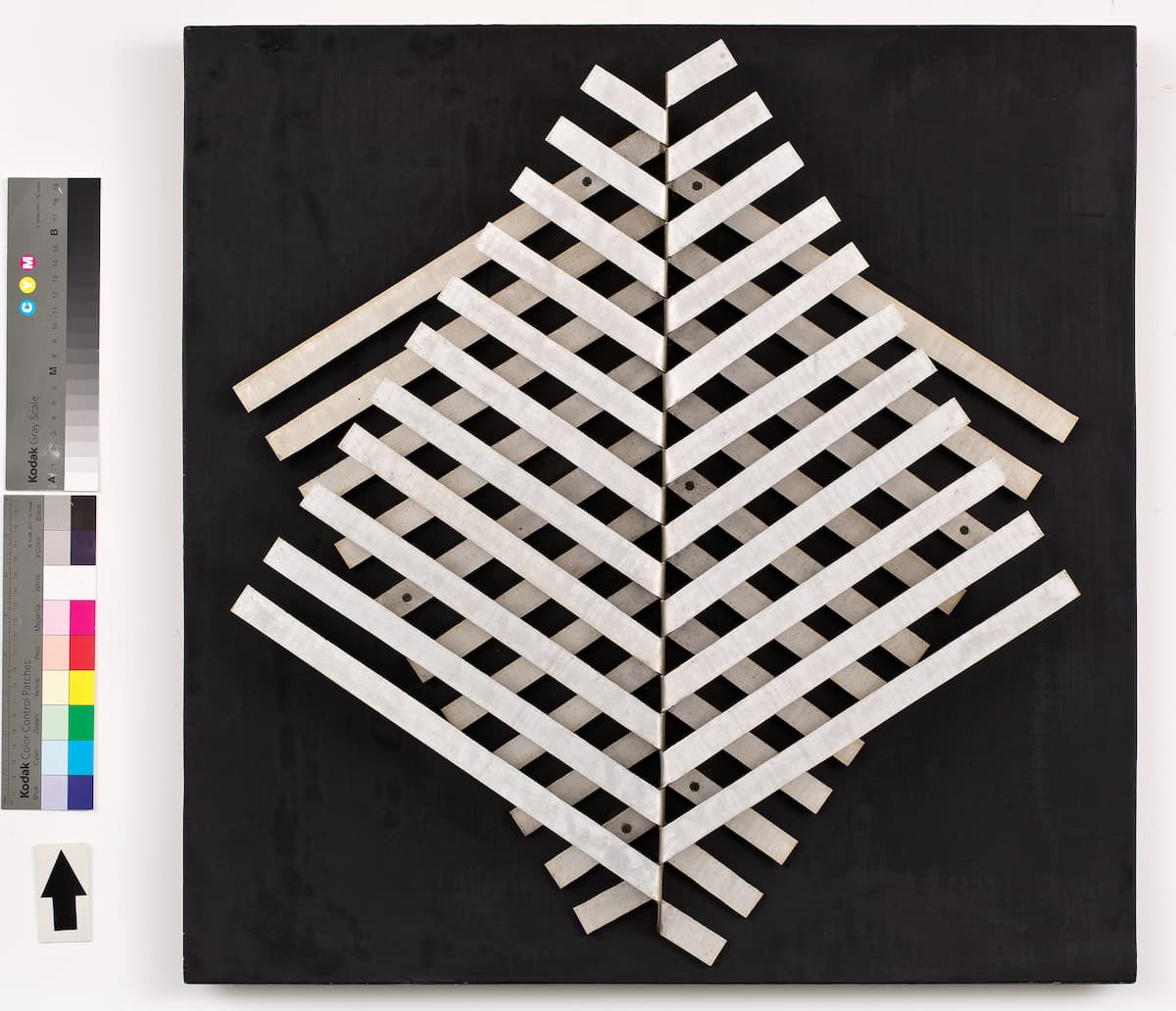 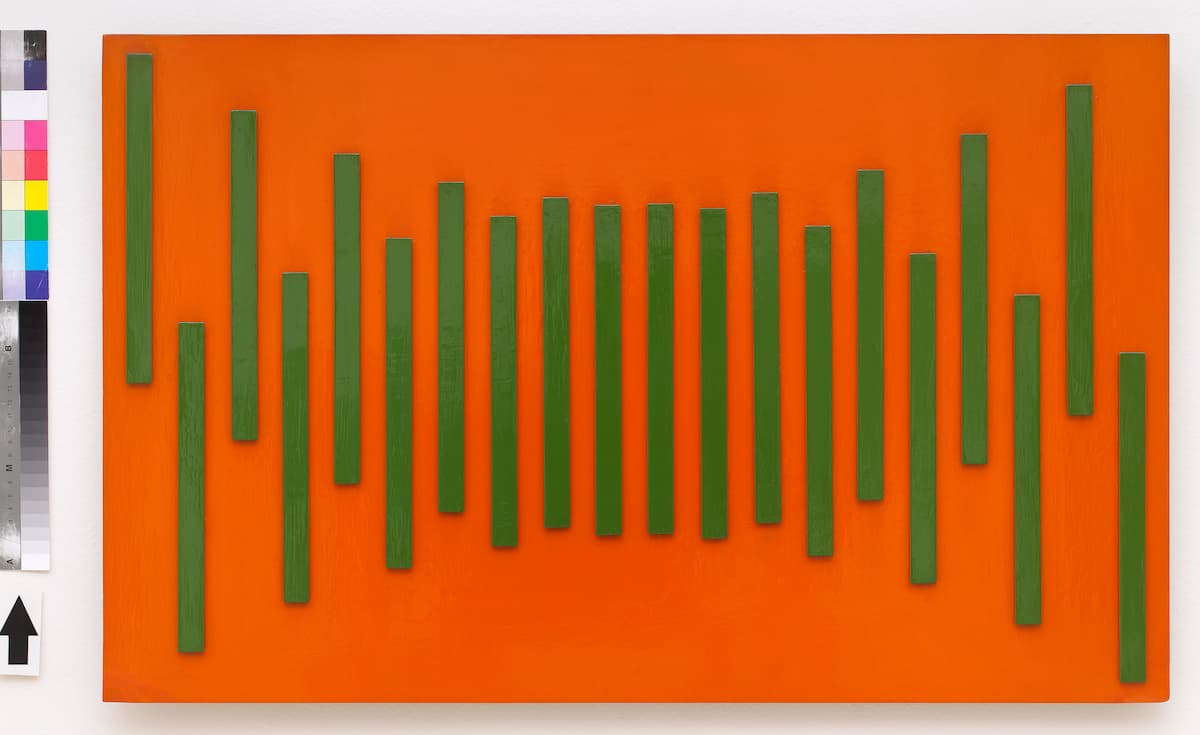 1 Video of the work of Victor Vasarely
youtu.be/G_gOS_xwSiw

Previous: Icon Assessoria Artística launches the second edition of its visual arts magazine
Next: industrial style: decor that mixes the rustic with the contemporary 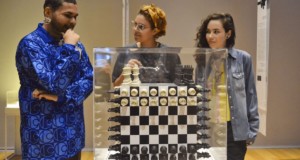