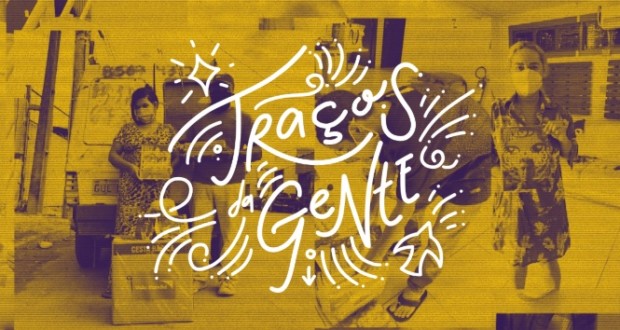 The Traços de Comunicação e Cultura Association opens 100 vacancies for new Culture Spokespersons, as the sellers of Revista Traços are called. The publication on art and culture has been sold for five years in the cultural and gastronomic spaces of Brasília, with the objective of generating income for people who were homeless or in extreme financial vulnerability. Now, the social project also opens vacancies for people who became unemployed or lost their source of income during the covid-19 pandemic.

According to the general director of the project, producer Michelle Cano, the objective is to prioritize workers in the creative economy who are not yet in extreme social fragility, but that could reach this situation due to the lack of jobs and income caused by the pandemic. “For this audience, will be opened, initially, 25 new points of sale, in which the new spokespersons can have up to R $ 3,000.00 of net income per month ”, explains. The lace ceiling, However, depends on the education of each participant, who must also comply with a personal development program that includes financial planning and professional training.

Spokespersons also receive psychological assistance and an incentive to resume their studies. Are 25 vacancies for immediate start. The others 75 will be made available in the next three months. All selected go through training period, with sales workshops and health security protocols during the pandemic.

With five years of experience, Traços has already benefited 300 people, that from the sale of the magazine they managed to earn income and gain autonomy to turn things around. Culture Spokespersons are left with 70% of the value of each copy sold (R$7). In addition, the project closely follows the daily lives of spokespersons, with psychosocial care, regular meetings, courses and workshops, financial planning, among other tools. Among the people benefited by the project from the beginning, 170 Spokespersons for Culture entered the formal and informal labor market and more than 150 conquered fixed houses and left the streets with the help of the project.

For journalist André Noblat, editorial director of Traços, the project is already part of the daily life of Brasília. “Traços developed a very close relationship with the city's cultural life. From the start, our goal is to contribute to the construction of a city that is more just and that sees people who live with difficulty. So, we want to collaborate so that people affected by the crisis generated by the pandemic are not even more vulnerable ”, the firm.

In November, Traços Magazine completes five years of circulation. Meanwhile, a publicação já divulgou mais de 1.600 DF artists and cultural productions in more than forty editions. To celebrate this entire trajectory, the magazine is preparing a special edition, that hits the streets in the second half of November, in a new format. The edition rescues the trajectory of Traços and celebrates 60 years of Brasilia.

Previous: OR REAL RESIST – AURORAS
Next: How to modernize old buildings?