*14 sculptures of the father of modern sculpture and 36 photographs 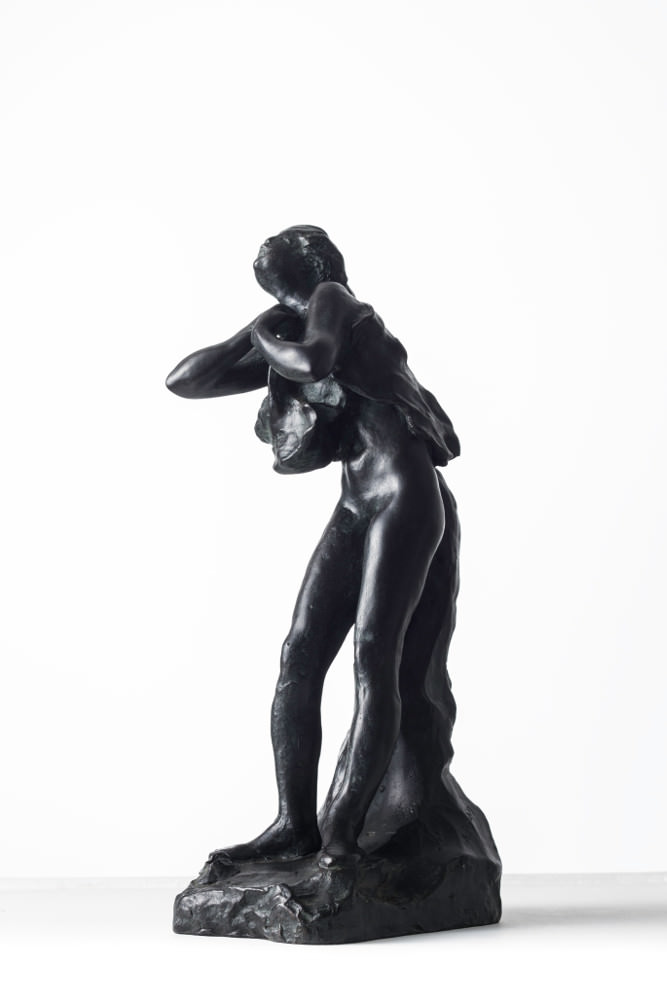 One of the most famous sculptors of story-sharing the only celebrity with Michelangelo and Donatello – Auguste Rodin is one of the few artists who shared the trajectory of the artistic language in which acted. The sculpture is one before and another after Rodin. The master who founded the modern sculpture deserves now an exhibition at the Gallery Marcantonio Vilaça, the TCU-TCU. From the next day 17 August will be possible to visit Auguste Rodin-the modernist awakening, shows which brings together sculptures and photos of the master which combines originality and boldness. The official opening ceremony of the exhibition will be the day 16, to 19 hours.

Under the curatorship of Marcus Otter Costa, the exhibition Auguste Rodin-the modernist awakening is divided into two segments. The first is a set of 14 sculptures, belonging to the collections of mining company Vallourec (10 parts) and the Pinacoteca do Estado de São Paulo (4 works). In the second, pictures coming especially from the Rodin Museum , in France, and others that are part of the collection of the Pinacoteca de SP, a total of 36 images, selected to inform the viewer about the life and work of the great master. It will be possible to meet more closely the daily life of Rodin in his Studio and his method of work-Rodin drew his pieces, sculpted in smaller format, made the moulds in plaster and then his assistants if set to enlarge them in other materials.

Considered the first modern sculptor, responsible for retrieving the importance of sculpture as artistic language, Auguste Rodin synthesizes, in their work, tradition and daring. In their small works, twists and expressionist reference movements accentuate the sensuality and the poetics of the master. Works such as The kiss and The Thinker Act in the collective imagination as landmarks of communication aesthetics of Western culture.

According to the curator, the choice of Brasilia to host the exhibition doesn't happen by chance: "If Rodin sculptures found modernity and accentuate the beginning of a movement that supports the entire 20TH century, Brasília represents the apotheosis and the sunset of the modernist aesthetic thought and production. Distant in time, the Rodin sculptures and architecture of Brasilia dialogue, both, with the Baroque tradition and the clarity of the constructive method ".

CURATOR – Marcus Otter Costa acts as critic and curator of arts since 1978. He was Director of the school of Visual Arts of Parque Lage and organized historic shows “How are you Generating 80”, in 1984. He served as Adviser to the Ministry of culture for the implementation of the Modern Art Museum of Brasília. During the years 1990, directed the Museum of modern art of Rio de Janeiro (91/97) and the Museum of modern art Aloisio Magalhães, in Recife (1997/2000). He was Secretary of culture and tourism of Nova Iguaçu (RJ), where deployed the cultural workshops of the project “Neighborhood-School”, who answered more than 30.000 students. He was curator of the Trio – Three-dimensional Biennale of Rio de Janeiro, in 2015, and currently coordinates the curatorial work of Marcantonio Vilaça Award. He organized several international and national exhibitions with expressive names as Jean Michel Basquiat, Juan Miro and Pablo Picasso, Armando Reverón, Oscar Niemeyer, Tomie Ohtake, Franz Weissmann, Farnese de Andrade, Amelia Toledo, In addition to conferences like “Poetics of Form”, “Mirror Reflected”, “Daily views of Modern Brazil”, among others. 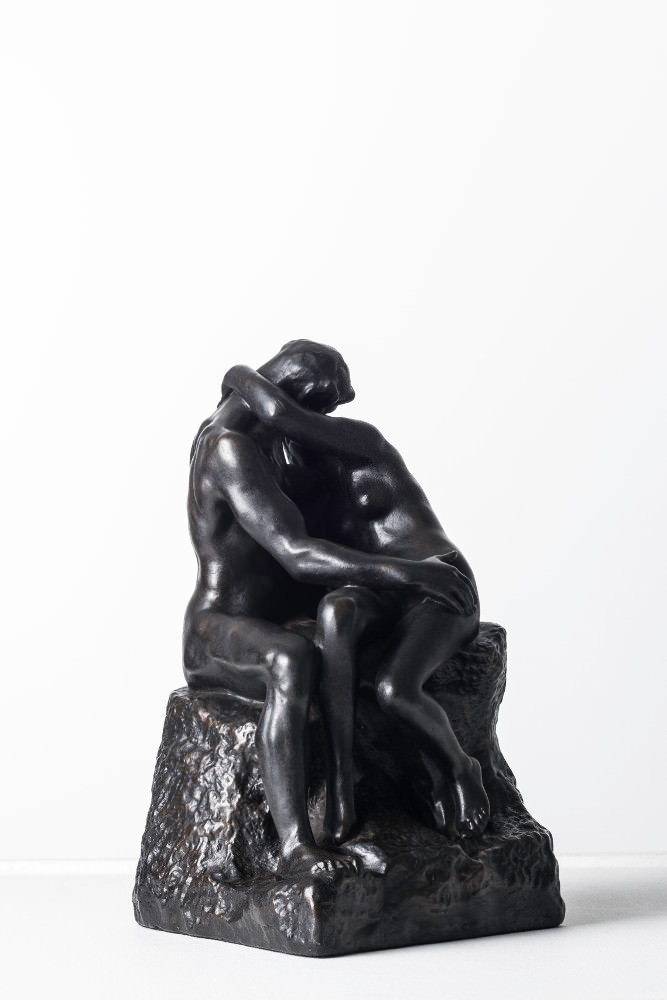 FRANÇOIS-AUGUSTE-RENÉ RODIN, known as Auguste Rodin, was a French sculptor. Despite being generally considered the progenitor of modern sculpture, He didn't set out to rebel against the past. Educated traditionally, had the craftsmanship as you approach, and desired academic recognition, Although he has never been accepted in the main art school of Paris (his inability to win the vacancy may have been due to the judges ' neoclassical taste, While Rodin had been educated in the light of 18th-century sculpture. Leaving the Petite École in 1857, Rodin earned his living as a craftsman and with ornaments for most of the next two decades, the production of decorative objects and architectural ornaments).

Sculpturally, Rodin had a unique capability to model a complex surface, turbulent, deep pockets in clay. Many of his most notable sculptures were heavily criticized during his lifetime. They clashed with the predominant figure sculpture tradition, where the works were decorative, stereotyped, thematic or highly. His most original work departed from traditional themes of mythology and allegory, modeled after the human body with realism, and celebrating the individual character and physicality. Rodin was sensitive to the controversies surrounding his work, but he refused to change his style. Successive works brought increases of Government favors and the artistic community.

The unexpected realism of his first great figure – inspired by his trip to Italy, in 1875 -for the unconventional memorials whose commissions he later sought, his reputation grew, so that became the preeminent French sculptor of his time. In 1900, He was a world-renowned artist. Wealthy private clients sought his work after his show at the Universal exhibition, and he made company with a variety of high-level intellectuals and artists. He married his lifelong companion, Rose Beuret, in the last year of life of both. His sculptures have suffered a decline in popularity after his death in 1917, but within a few decades, his legacy solidified. Rodin continues to be one of the few sculptors known outside of the Visual arts community.

SUMMARY OF CAREER: Made his living collaborating with more established sculptors on public commissions, mainly memorials and architectural parts neobarrocas in the style of Carpeaux. In commissions presented models of Denis Diderot, Jean-Jacques Rousseau, and Lazare Carnot, all to no avail. In your own time, worked on studies for the creation of your next important work, St. John The Baptist Preaching.

In 1880, Carrier-Belleuse-Art Director of the porcelain of Sèvres national factory-offered him a part-time position as a designer. The offer was, in part, a gesture of reconciliation, and Rodin accepted. Your part, I appreciated the 18th-century tastes was aroused, and he immersed himself in projects of vases and table decorations that brought fame to the factory in Europe. The artistic community appreciated his work accordingly, and Rodin was invited to the Salon de Paris for his friends as writer Léon Cladel. During his first appearances in these social events, seemed shy; in his later years, as his fame grew, He showed the Chattiness and temperament for which he became best known. The French statesman Leon Gambetta expressed a wish to meet you, and the sculptor impressed him when they met at a salon. Gambetta spoke of Rodin, instead of several Government Ministers, probably including Edmund Turquet, the Undersecretary of the Ministry of fine arts, whom, eventually, the met.

His most famous works, The Kiss, that is part of a series of sculptures made for the Gate of hell, the Museum of decorative arts, The Thinker, from the same series, and the portrait of Balzac confirm that. There is a Museum in Paris dedicated to his works and life, the Musée Rodin), situated in the HôtelBiron, next Hôteldes Invalides, where is the monument tomb of Napoleon.

Rodin had as an Assistant sculptor Camille Claudel, with whom he had an affair and whose works are often confused with those of Rodin. Camille believed that Rodin wanted to take ownership of their work. At the time, was considered insane and ended his days in an asylum.

TRIBUNAL DE CONTAS DA UNIÃO – aware of the importance of culture and its influence on our perception of world, the Tribunal de Contas da União maintains a policy of continuous events, offering to society relevant opportunities of contact with Brazilian art.

Source of pride for this Court, the educational programs are an important face of this policy, leveraging the resources invested in education of hundreds of children and youth residing in the Federal District.

Designed for Cultural Management and run by the team of Marcantonio Vilaça and Cultural space at Museu do Tribunal de Contas da União Minister Guido Mondin, educational programs allow, through guided visits, the interaction between visitors and the exhibitions, making it the subject of his own development. Scheduled groups are received from Tuesday to Saturday, from 9 to 19 hours.

Previous: Creatures-photo exhibition of Marian Starosta
Next: Historical exhibition features cartoons of mood of the beginning of the century 20