Using various languages, the show "Minesweeper" proposes discussions on the movement of people in the urban space

The quality of their work calls attention to the poetry, detailing and trace their creations. Even dedicating to analyze hard everyday themes of big cities, It allows a non-radical stance, seeking to raise awareness rather than attack, simply. “The pieces address everyday violence matters that part of the population experiences daily; now a violence for lack of access to certain privileges, now the very violence on the streets”, defines the artist.

In the words of Hélio Menezes, “The work of in Martins does not seek reconciliation, It is not in search of good manners. Before, opens wide what you want to watch, loads' an overwhelming desire to see, a rebellious yearning, an opponent look ', to use the concept of Bell Hooks, absolutely extended to the practice of this young artist who emerges as a singular name of his generation”. 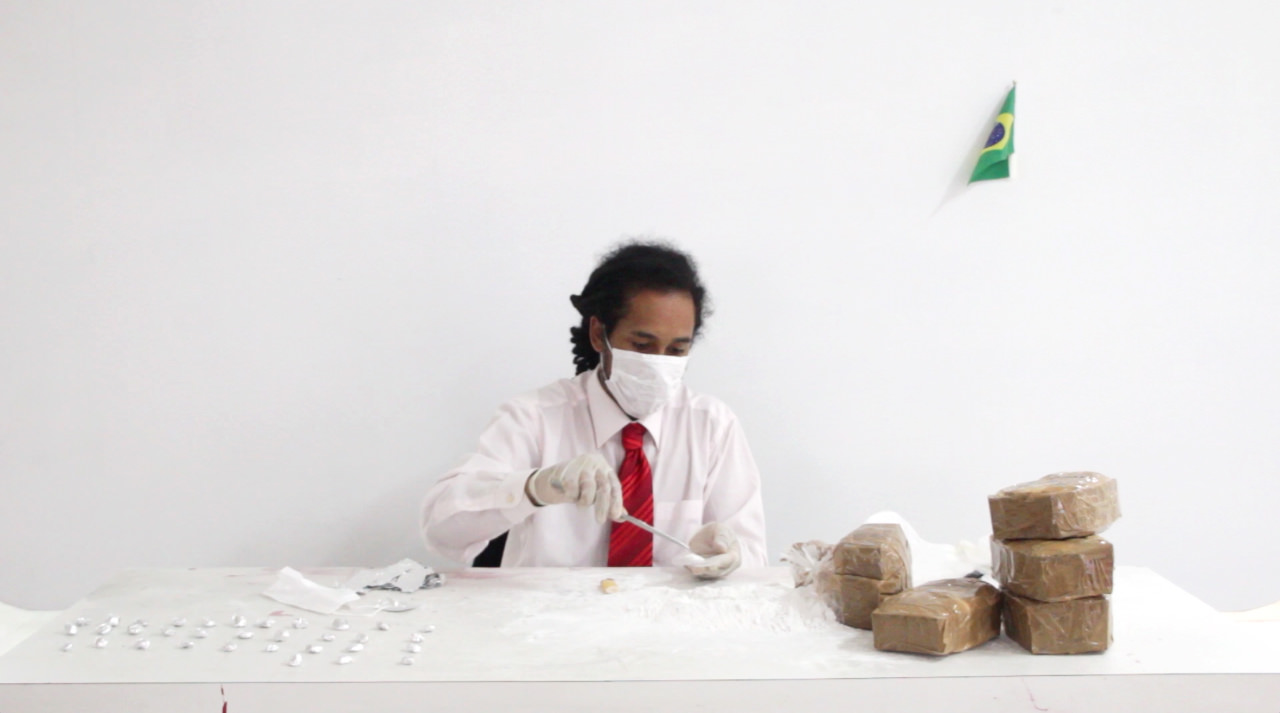 Returning to Brazil after a period of residence in Angola, in Martins maintains the theme of his previous series, since his research continues to focus on the same issues that directly influence the support of choice for new works. How would you define the artist, “nhere is no criterion: It can be an anvil and a hammer to speak of criminal selectivity of the judiciary or video performance to discuss the genocide of the black population in Brazil”.

“In Minesweeper, the São Paulo artist, born and resident at the east side of the city, It presents a set of works that dissects the layers of a specifically urban racism, in which the fundamental right of movement is restricted or practiced unevenly between blacks and whites, between periphery and center. With strong autobiographical references and exploring different languages, individual show in Martins results from a deep dive into the artist's subjectivity”, curator defines the.

In Martins had his first contacts with the visual arts in the streets of Sao Paulo, by graffiti and in pixação 2003 at the age of 16 years. Because of curiosity about new artistic languages ​​began to attend the engraving workshops Cultural Workshop Oswald de Andrade between 2007 and 2011, where he studied artists like Rosana Paulino and Kika Levy, among others. He studied Degree in History and Visual Arts.

Among the exhibitions that participated stands Afro-Atlantic Stories at MASP and Tomie Ohtake Institute, elected by the New York Times the main exhibition 2018.

His artistic production moves amid painting, performance and experimentation with objects, in which investigates the everyday interpersonal relationships, mainly living in the black(to) not everyday urban, questioning issues of territorialism, access, racism, mortality and incarceration of black people.

Master and Ph.D. in Social Anthropology from USP, where he works as a researcher at the Center for Social Studies markers Difference (Numas) and core Ethnohistory. Currently, He works as an independent curator and has developed reflections on african-Brazilian art, race relations, black youth, image anthropology, museums, art and advocacy. It is also one of the exhibition's curators Afro-Atlantic Stories (MASP and Instituto Tomie Ohtake, 2018).

It opened its doors in 2010 and since then has established itself as an international reference in the Brazilian art circuit. Directed by Spanish expatriate Maria Baró, the gallery is located in Sao Paulo. Baron Gallery seeks to enhance the dialogue between artists, curators, collectors and cultural institutions. Baró has prioritized the exhibition works site-specific and curatorial projects, with great emphasis on artists of the 1970 and 1980, as or Filipino David Medalla, Mexican Felipe Ehrenberg and the Argentine Roberto Jacoby, enabling their coexistence with a team of young talent. The constant flow of ideas, projects and work gives the space a unique atmosphere. The gallery also hosts a residency program for young artists. Exposure History of Mondrian Fanclub: Hélio Oiticica, Lygia Clark, Lygia Pape is one of many examples of excellent shows produced by Baró Gallery. As well as other important shows and unprecedented in Brazil as Tatiana Trouvé and Roman Signer, Lourival Cuquinha, Pablo Siquier, Daniel Arsham, among others. Extremely active in the international market, the gallery also participates in several fairs like Basel Miami, Harmon, NY, ArtBO, ARTB, SP-Arte, ArtRio, MACO-Mexico, Arco-Madrid, ArtDubai, Pinta London and NY among others.

Previous: Lyra band celebrates 37 years with tribute to Pixinguinha
Next: “One Night Not Nothing”, new film by Alain Fresnot