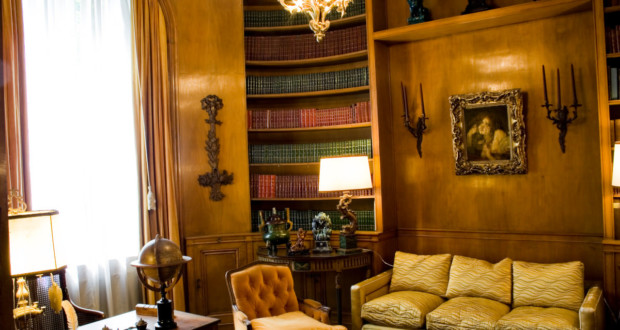 Registration is open on the site

The Ema Klabin Foundation promotes a series of courses and lectures on different areas of human knowledge.

Those who like photography, for example, You can enroll in two amazing courses. one on Photo project in Book, Inês Bonduki and Wladimir Sources. another on Documentary Photography, com a premiada fotógrafa Dani Sandrini. In it, the participant will develop an essay on the Jardim Europa neighborhood, taking as its starting point the work of renowned documentary photographers.

Also happen Art meetings, history and literature. Among them, as palestras "From disaster reconstruction: the Fire of London and the Lisbon earthquake " and "Brazil forgotten the look of great authors: Maxakalis, Guarani, Tupis, Tupinambás " which places the Brazilian indigenous central theme. There will be, yet, a meeting with the artist and researcher Anita Ekman about body painting performances.

Course: Photo project in Book – repertoire and outline - Dates: 14/03, 28/03, 11/04, 25/04, 09/05, 30/05, 13/06, 27/06 - Schedule: 10h to 1:00 pm – Value: R$ 490,00 – 14 vagas – O curso ministrado pela pesquisadora Agnes Bonduki and the Doctor and Master in Visual Arts Wladimir Sources aims to encourage participants to develop a visual narrative with own or appropriate images, thought for the book support. The partnership between the Foundation and the Graphic Ipsis enable the printing of a book dummy discount to participants. In the second half will be offered the module Photographic Project in the Book – edição, typesetting and printing.

Literature lecture "Brazil forgotten the look of great authors: Maxakalis, Guarani, Tupis, Tupinambás ", 28 March – R$ 40,00 – 30 vacancies. Ana Beatriz Demarchi Barel ministers meeting that will address the historiographical and literary work of the French traveler, Ferdinand Denis (1798-1890), who was in Brazil between 1816 and 1819, troubled period of the independence process of a country in search of political and identity balances. The central theme is the Brazilian indigenous, particularly, the tribe of Maxakali, and its representation in the work of historical fiction background. by contrast, também será analisado trechos de obras de outros autores indianistas, among them, José de Alencar, Gonçalves Dias, José de Santa Rita Durão and Basil da Gama.

Lecture: Transatlantic Colors – 21 March, from 11h to 13h, R$ 40,00, 30 vacancies. Color is not just something visual, it encompasses all the senses and the senses that we give them. The artist and researcher Anita Ekman talks about his Transatlantic Colors project that proposes body painting performances by discussing the history of colors, relations between Europe, Africa and the Americas at different times. blue (produced from Indigo), Red (Pau-Brazil, Ocher and Annatto) and Yellow Gold. In this talk Anita first presents his research and the number of photos and video of the performance held in September 2019 in Spain with the Senegalese Modou Sall.

Documentary photography course – Histórias de um bairro – construction of a photographic documentary work in the district of House Museum - Dates: 15/04, 18/04, 22/4, 29/4,06/5, 13/5, 16/05, 20/5, 27/5, 10/6, 17/6, 24/6 – 10 meetings, on Wednesdays, from 19h to 21h30 and 2 meetings on Saturdays, from 10 am to 12:30 pm – 14 vacancies – R$ 660,00. It is proposed with this course discuss the various possibilities of a documentary work and develop photographic narrative about the Jardim Europa neighborhood. Taking as a starting point the work of some photographers document will be discussed stages of construction of a desk work. To the accompaniment of the photographer Dani Sandrini, They will be worked on the stories that each participant wants to tell, through the history of the neighborhood, the issue of possible cuts, positioning the(to) photographer(to) and their choices – both objective and subjective – ethics and the boundaries of the profession documentary.

Previous: Eleonore Koch exposure and Alfredo Volpi at Galeria Marcelo Guarnieri
Next: "Why do not we live?"Discusses the importance of the individual to the social transformations