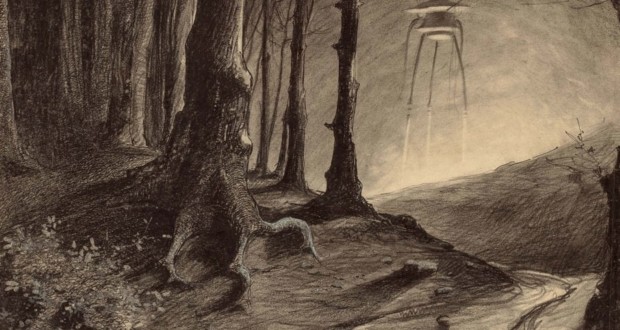 The exhibition proposes to the public reflection on clichés of science images, the construction of objects and beings from outer space, Besides the production of utopias in the 21st century. Starting from the idea that we are living in strange political times and "ambiguous messages are being transmitted by intergalactic beings on planet Earth", the curator calls "artists with special contacts with the cosmos" to this exhibition. According to the curator, "some artists dare to decode figuratively unknown space beings, other reverse and change the scientific images, Some come with their own alien form and other elaborate utopias for the 21st century ". Ulla, Ulla, Ulla Ulla! is composed of 5 Brazilian and foreign artists. 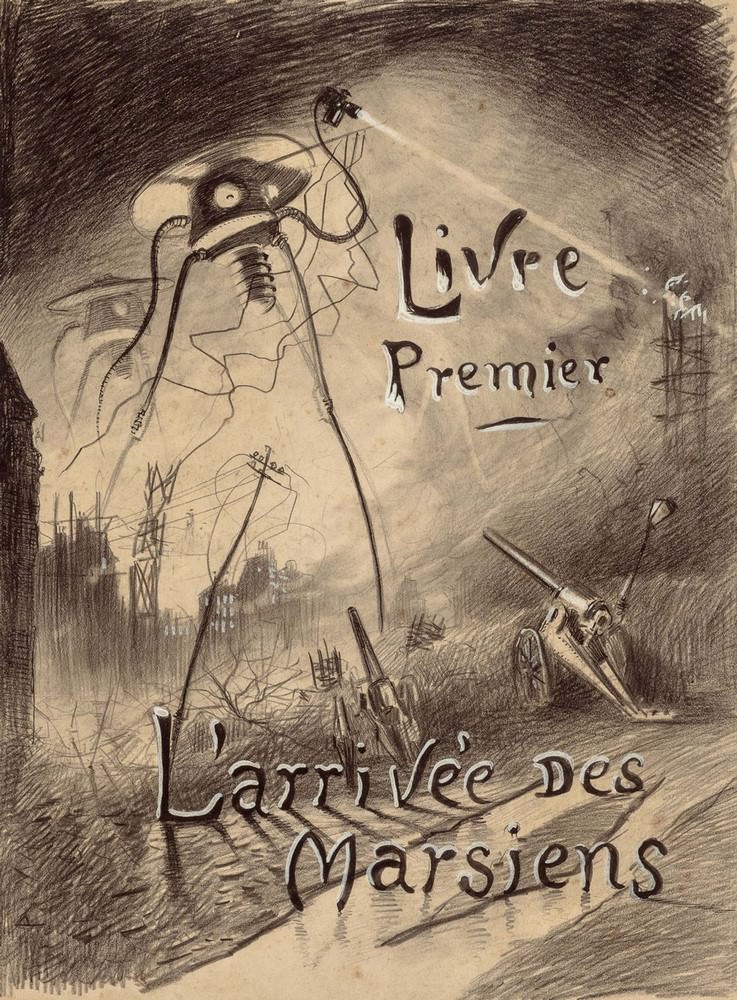 The highlight of the exhibition are the works of Brazilian artist Henrique Alvim Corrêa (1876 – 1910), creator of the illustrations of "war of the worlds", fiction and classic British author h. g.. Wells in which recounts the invasion of Martians on Earth and supplementing this year 110 years since its launch. Will be presented an original edition of the book "war of the worlds" 1906, with 31 engravings made by Adebayo, In addition to five original designs that gave rise to this edition of the book. The exhibition will also present an unprecedented oil painting produced in 1900.

David Gold Medal, filipino artist who will be honored at the next Venice Biennale, presents the works “Stitch in Time Around Mars " (Sewing in the Time around Mars) and "Cosmic Pandora ’ 's Micro-Box"(Micro-Cosmic Pandora's box). The first consists of an installation which invites the public to embroider on a fabric its utopias about the possible existence of planets and unknown beings and the last job, It was developed during their stay at São Paulo in 2010, presents waste and objects collected by the artist, creating a ' pandora's box ' contemporary. São Paulo, in this way, becomes the "cosmos" of gold medal.

The Angolan Kiluanji Kia Henda, the last Bienal de São Paulo and Venice Biennale, presents the work "The bad guys and good guys" (The good guys and the bad guys) from 2016, composed of a series of 10 serigraphs that traces a narrative about the influence of the cold war in Africa. The title and subtitles were appropriate cold war Stories documentary , produced in 1997 by CNN founder Ted Turner's ’. The alien images contrast with the subtitles of war, composing the first idea of the exhibition: as political practices disfellowship of the reality of ordinary people, becoming aliens and alienadoras.

Ferdinand Duval, Brazilian artist, Gaucho-carioca, end of the last Bienal do Mercosul, brings the work "musical instruments of Wasthavastahunn", series of drawings of 2010 in which presents the musical instruments of his cachet in the planet Fahadoica, Washemin Galaxy. These instruments belong to the important institution it is Wasthiana the Institute of silence. The artistic universe of Duval produces a related parallel to our universe and our scientific institutions "real".

Another highlight is Swiss artist OLAF Breuning that presents the videos "Home 1", from 2004 and "Home 2", from 2007 and "Can someone tell us why we are here"(in Portuguese, Can someone tell us why we're here), installation of 2010. Breuning, with works in major art galleries as the Saatchi London, and with performances in important artistic spaces such as WhiteChapel, the Centre Georges Pompidou or the Whitney Biennial is often considered "freak" (bizarre), or as he likes to consider "naif"(ingénue). Breuning, is, himself an "alien" contemporary art and its "Home movies" and 1 "Home 2" challenge not only the limits between reality and fiction, but also the established concepts of work of art.

"Refers to the sound of the Martian ships of h.g. Wells and the manifesto ' the trumpet of the Martians ' of Russian poet Velimir Khlebnikov. Written in 1916, This year marks the centenary of the manifesto which makes a kind of Convocation to think about art and invention. Another later manifest, signed by the Russian intellectual Viktor Shiklovsky, also makes use of ' Ulla, Ulla ' to receive aliens who literally should dispose of humans ", says Jane de Almeida.

The show account, yet, with a series of meetings named "Utopias and Escapismos of the 21st century – or, How to decode what the political class wants to tell us. Ulla, Ulla!”. The schedule of meetings will be circulated during the exhibition period.

Previous: Artistic diversity of the Mendes family on display in Curitiba Memorial
Next: BUT promotes an on-site Class: Visit to the temple Zu Lai