Home / Art / As in the Backyard Times 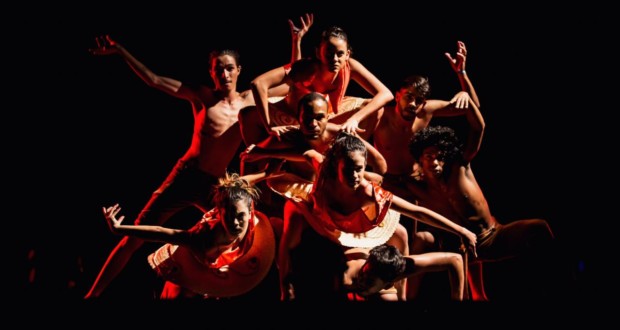 The Historical and Artistic Museum of Planaltina (map) relive the years 1980, when it was the stage for soirees and great cultural movement and where great names of the cultural scene of DF passed by, and other states

Soirées are fertile spaces for creativity and cool from the elite world of art. Thus, open to experimentation and, on the other hand, important motivators of young talents. Popular and regionalized, soirées become active points of encounter and informal exchange of knowledge through art.

Set in the heart of the Historic Center of Planaltina, the Historical and Artistic Museum of Planaltina, in the 1980, was the scene of intense cultural upheaval. Occupying a centenary mansion and listed as a cultural heritage of the DF, since 1986, the MHAP opened the gates of its backyard for presentations by representatives of the cultural scene in the surrounding DF and other states.

And it is to relive these moments that AACHP – Association of Friends of the Historic Center of Planaltina promotes the series “Sarau do Museu – As in the Backyard Times ”. Due to the quarantine imposed by the Covid-19 pandemic, soirees will be recorded on video and made available, and open to interactions, on digital platforms and on social networks.

For the organization, insist on the realization of this project, even on days of confinement, reaffirms the reasons for being of the Sahara. “These cultural manifestations make society explicit as a protagonist and express, to the public, thoughts, contemporary impulses and emotions, inspired by culture and the world ”. Because of this, reinforces: “Soirées are extremely important in the social construction of the democratic state”.

Planaltina, with your more than 200 years of history, own culture and memory, has a lot to show. In this sense, the recording and publication of local artistic expressions on video “conceives a way to preserve and disseminate the traditional culture of the locality and its dialogues with the modern, with the construction of Brasilia ”, justifies the organizing team.

Among the artistic expressions brought by the project, are: visual arts, poetry, music, cinema, conversation circle, performance, dance and theatre. The schedule will run, on Wednesdays in October and November, no canal do YouTube (visit), e na Fanpage do Facebook (visit). Pills of what will be shown and the entire schedule can be followed on Instagram (visit).

A AACHP, whose mission is to preserve the region's material and immaterial heritage, has received, with the activities of the Museum's Sarau Project – As in the Backyard Times, the title of Memory Point by IBRAM / Museums / MinC and Culture Point of the Federal District by SECEC DF. Since it rescues the memory of the time and where the soirees with poetry occurred, music, cinema and exhibitions. Reliving these moments brings close ties between the past and present generations of the arts and family members inserted in a moment framed by art.

Museum Soiree – As in the Backyard Times is an achievement of Association of Friends of Planaltina History Center, sponsored by DO – Support Fund DF Culture, of the State Secretariat for Culture and Creative Economy of the GDF, and support from Utopia FM Radio and Regional Administration of Planaltina.

Previous: Galeria BASE opens its new doors
Next: 12ª Artists' Hall Without Gallery, by Rosângela Vig