From chaos to order. each stone, a story. Over the past 30 years, multidisciplinary artist Denise Milan has been dedicated to the study of geological processes. Was the formal knowledge of crystals and geodes that inspired the creation of a unique artistic language, guided by the surprising ways of nature. From day 4 September, the artist, also invited by the 33th Bienal de São Paulo, Premiere ordination: DNA stone, his second solo exhibition at Lume Gallery.

Curated by Marcello Dantas, the show brings together 19 works of the artist, between sculptures, objects, installations and drawings. The works, All recent and unpublished, They are a collection of his work summary. For the first time, Denise expose to the public the various stages of the creative process: scientific learning the interpretation of graphic patterns found in nature – raw material of his compositions.

“His work turns, always, for forms that already exist. It part of the chaos and organizes. Identify figures that coincide and then establishes an order”, says Marcello Dantas. this arrangement, Denise deciphers formations one by one and develops a narrative. “The artist proposes to understand the world from a search for meaning in formal relations of the stones with our ancestors”, punctuates the curator.

Aggregation, voltage, generosity, delivery, doubt, happiness, frustration, fear and narcissism. These are some of the feelings and active processes decoded by Denise from a close reading of minerals. Together, hieroglyphs created by the artist give rise to Mineral alphabet (2018) Wiki das Pedras (2018). The first work, such as the Rosetta Stone, public displays a kind of glossary with the description of each 40 ideograms of his own. The second brings a composition of those codes, together, cover the walls of the gallery. 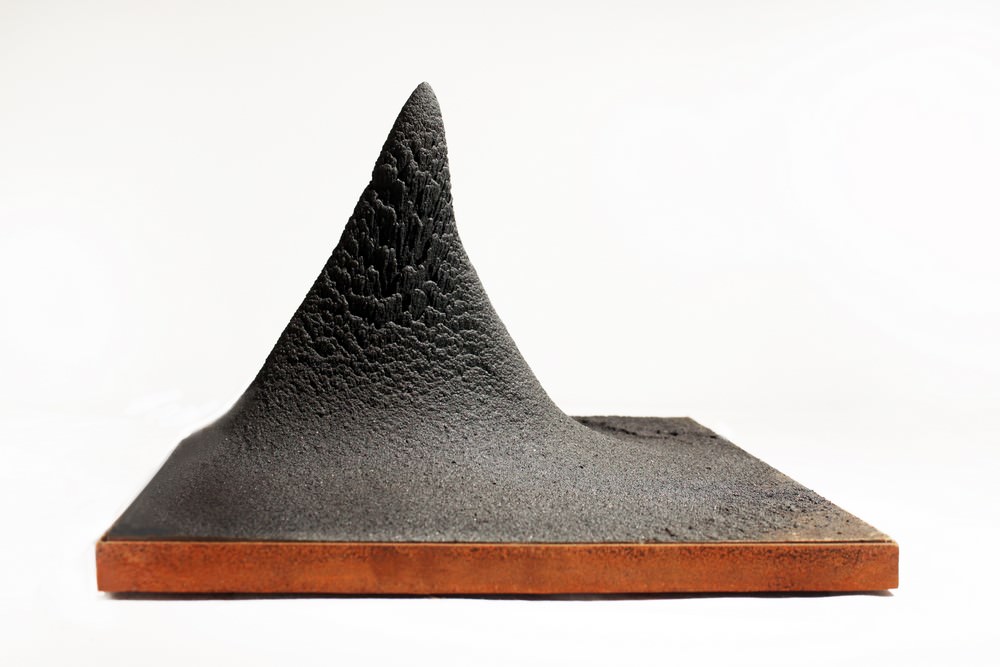 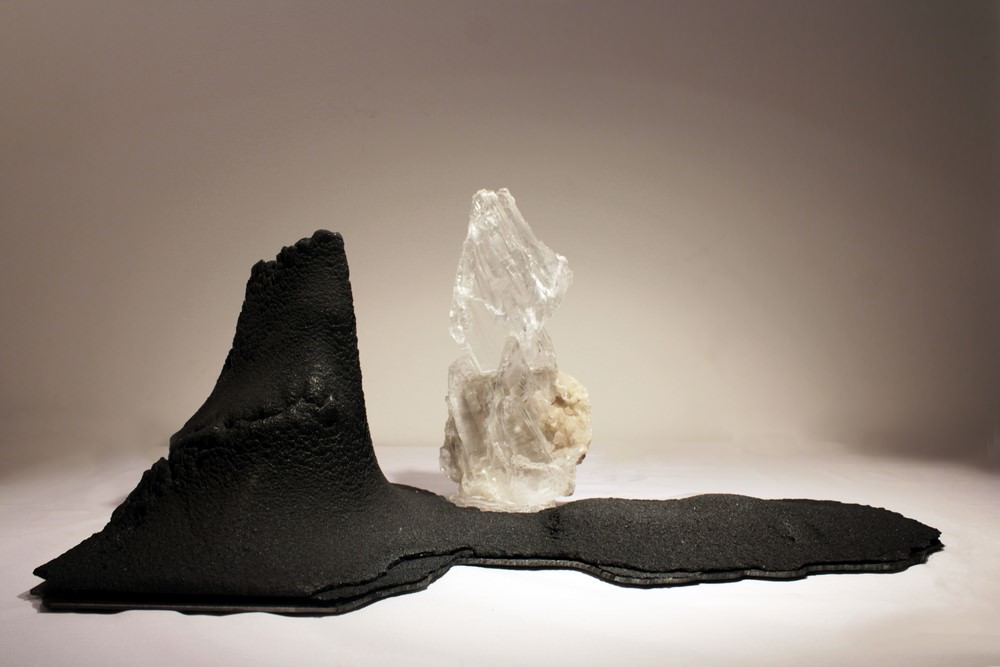 for Denise, the history of mankind follows a path already laid down by the rocks. As an artist, it is placed precisely in the paper reveal this story. “A crystal becomes art when affects us for its metaphor and gives meaning to humanity. We are part of a process of creation that transcends us. I learned to see the stones as humans, fighting for survival. Each of the minerals teaches us how to overcome the drama of matter, explaining the conflicts faced for his birth and, by extension, for our”, the firm. By inventing the language of stones and decode minerals, the artist learned to transit through other worlds, visible and invisible. “I conquered the freedom to roam for materials of different natures, the essence of these teachings”, complete.

in the installation Earth banquet (2018), a number of fragments of the most varied minerals. On a table, they are exposed as haute cuisine dishes. The installation refers to the American astronomer Carl Sagan, that we said lyrically, humans, we are stardust – cluster of cells boiled in their hearts. “Denise rescues these pieces and orders based on our culture, trying to turn into palatable what is the nature”, says Dantas.

The work of Denise Milan takes as its starting point the geology. The artist, however, It does not have a commitment to scientific rigor of truth. His relationship with the stones is extremely intuitive. “For each, Denise sees a story, which embraces and, share, extracts a poetic relationship closely linked with its create”, punctuates the curator. 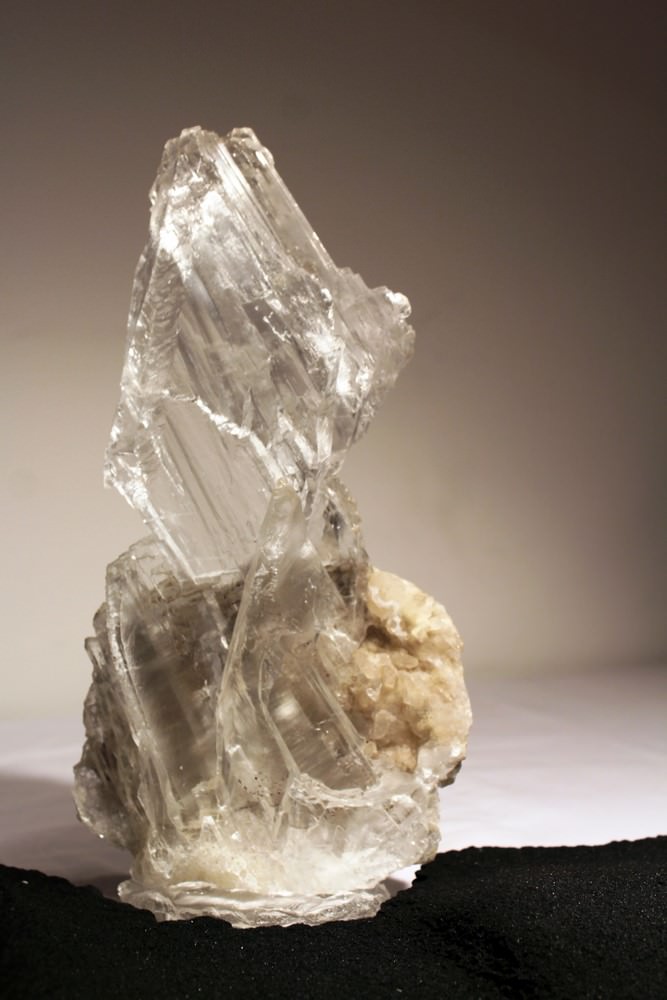 ordination: DNA stone continues to show concentration, Also cured by Dantas. The work was finished in 2016, at Lume Gallery, exposure back to the obsessive search for Denise concentric shapes: centers that overlap and converge to a single point, or as the product of chance, sometimes as a deliberate artist compulsion.

Selected by the general curator Gabriel Pérez-Barreiro to present an individual project in the 33th Bienal de São Paulo - affective affinities, artist Denise Milan shows the part with a new installation composed of stones and crystals like amethyst.

The project comes as an extension of an installation with crystals of the artist held in 2005, now displayed next amethyst geodes of various sizes to, trained more than 220 million years and found in Brazilian caves. The pieces were selected by the artist for its resemblance to human figures, providing the viewer a quick identification, making room for the inclusion of human beings in the story of Earth's creation process approached by Milan from mineral elements.

“This installation proposes a cure of a trapped look, which sees the stone only as an object and unrelated to the process of planet formation. With my work, I propose that a displacement of the precious is, because we are precious. To the extent that we look at the process and identify ourselves as part of that whole, we can understand the importance of the participation of each of us as an atom in the world's pregnancy”, says the artist. 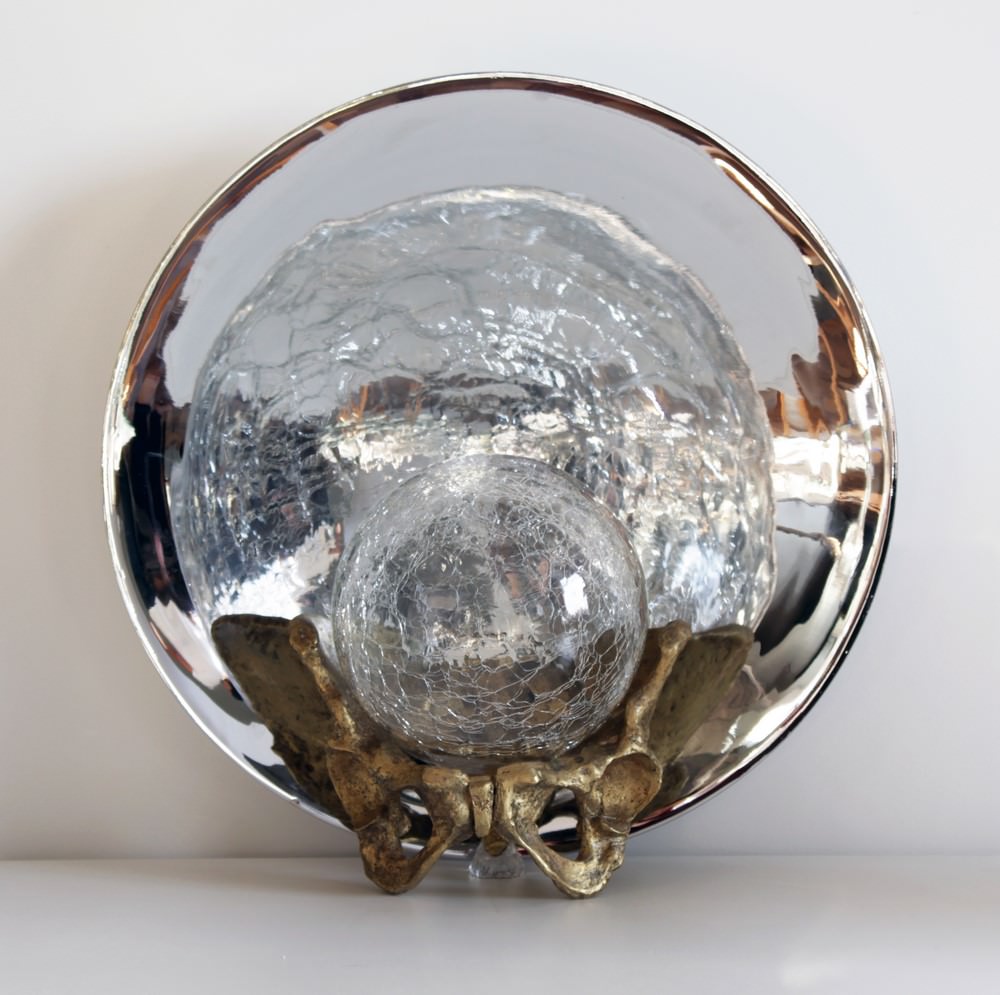 Born in Sao Paulo, Denise Milan is an artist with extensive multidisciplinary experience, and prepared works in the areas of public art, sculpture, performing arts, poetry, printing and video art.