Home / Art / Unpublished drawings of Roberto Rodrigues, brother of Nelson, in the MNBA 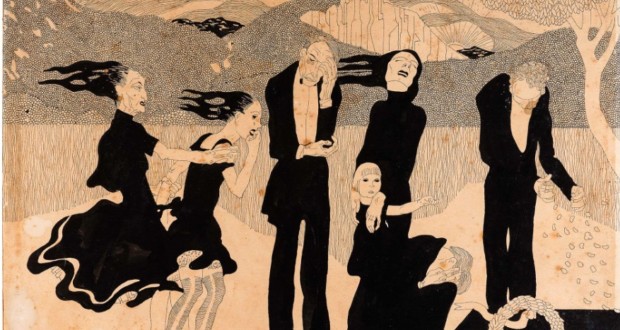 Unpublished drawings of Roberto Rodrigues, brother of Nelson, in the MNBA

The exhibition, that opens at 12:30h, It's a snip with 30 works, between drawings and documents, produced by the talented Roberto Rodrigues (1906: Recife, 1929, RJ), a set of 70 works donated recently to the Museu Nacional de Belas Artes/Ibram/MinC.

At the show "Roberto, a certain Rana"can be seen works produced in the 1920, with a strong inclination to the tragic, the strange, the bizarre, the lust, the pain, love and death, typical traits with which Roberto Rodrigues illustrated newspapers of the time, as the Morning, Critical To All.

Roberto studied at the prestigious National School of fine arts and had a very critical of both the teachers and the teaching of Institution, where he was a friend of Candido Portinari and with whom he shared Atelier.

As describing the curators of the show, "Gloomy mood, Roberto Rodrigues is presenting through the contrast between short strokes and debugged and between the white and black, a distressing atmosphere of shadows and of existential abyss ".

Roberto died with only 23 years, three days after being shot in the redaction of the carioca newspaper Criticism, owned by your family, He was to publish libelous matter about a desquite in high society, Roberto was the target of wrath and vengeance of the woman involved in the case.

The fatal incident, in December 1929, caused a family trauma that deeply influenced the work of his brother, the well-known playwright, writer, journalist Nelson Rodrigues. By the way, the Rodrigues family, composed of artists, intellectuals and thinkers, epoch in the cultural scene of Rio de Janeiro.

The generous donation of the collection of Roberto Rodrigues made by Vera at the National Museum of fine arts was held as longing of the late architect and furniture designer Sergio Rodrigues (son of Robert), whose the acquis. The gesture is moved by a desire to see the works in an institution that could restore, promote and disseminate this legacy for future generations. 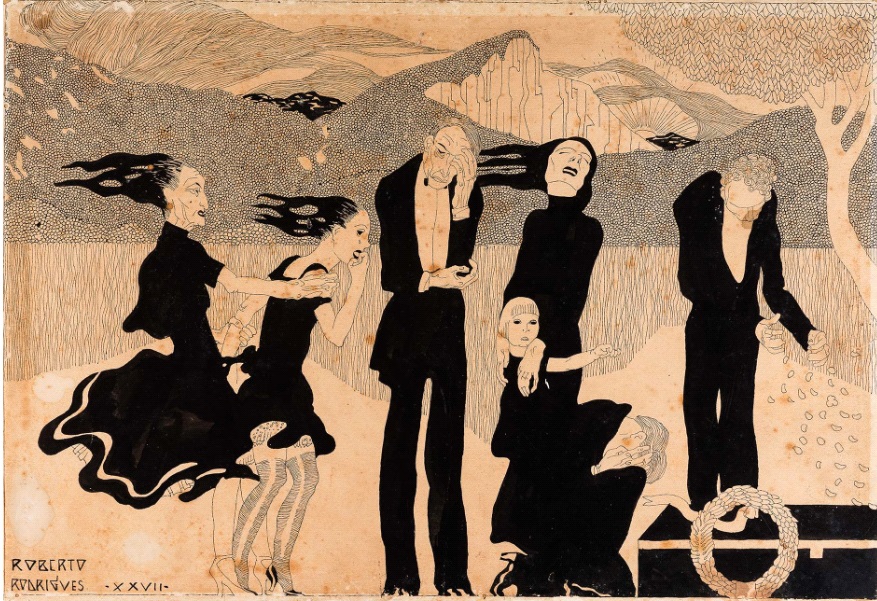 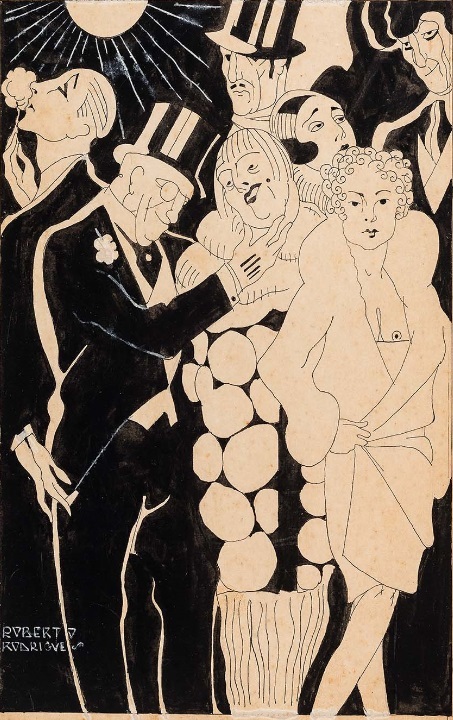 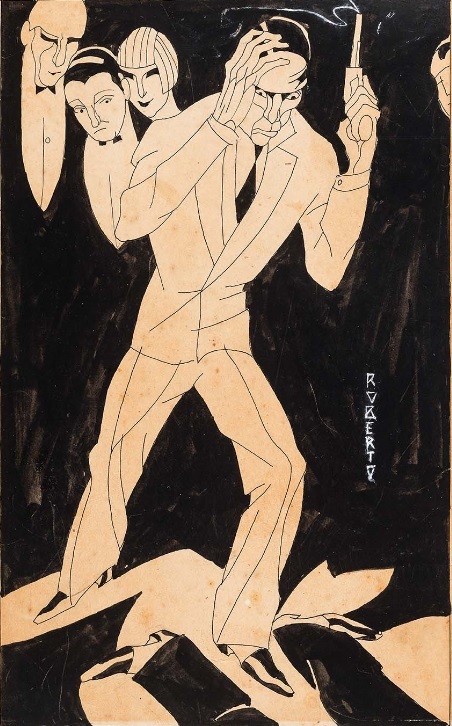 "The Chinese who brought happiness…Luis "Lélio: Illustration for the magazine for all, undated, p. 37. Indian ink on paper. Donation Family Rao, 2015.