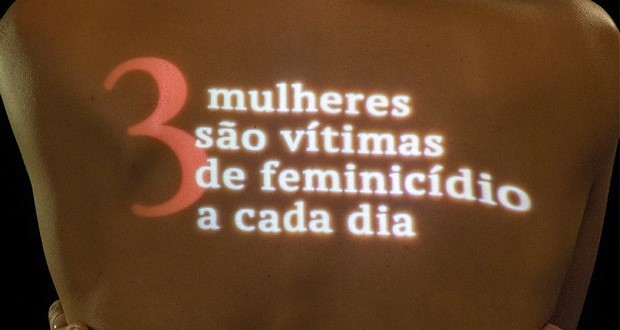 Exhibition ‘At Half Light on the Skin’, Bruna Brito, featured. Photo: Milton Galvani.

From 07 of May to 04 july the exhibition ‘Half Light On Skin’, that addresses violence against women with an emphasis on abusive relationships, will be on display at Santa Cecília Metro Station. Between the days 07 of May to 06 June, the exhibition can also be visited at Shopping Metrô Tatuapé, on the ground floor. The project is the result of a research initiated in 2018 by actress and producer Chica Portugal. The photographic content was developed in partnership with the photographer Milton Galvani, and reveals, through projections, informative and awareness phrases printed on the skin of women about the types of violence that have become common in society – Physics, moral, psychological, sexual or patrimonial – and that generate trauma to the victims.

The photo essays took place between 2019 and 2021, with actresses who configure the messages transmitted in the images in an artistic way. The dark background, the looks, the lights and gestures presented in each photo were designed to raise public awareness not only about the types of abusive relationships, but also on the worsening of cases of femicide, gender differences and the growth of domestic violence, themes so recurrent in Brazil and that were evidenced after the social isolation due to the pandemic of the new Coronavirus.

The exhibition ‘At Half Light on the Skin’ on display in two very busy spots in the capital of São Paulo, emerges with the objective of emphasizing the importance of the agenda for the thousands of people who pass by the places daily. In addition to the photographs, the public will have access to QRCodes with videos and audios with real testimonials from women who have had experiences of abuse and chronicles about the theme. “Through art, I believe it is possible to build proposals and projects that bring awareness, reflection and mainly denunciation, in order to break this cycle of abuse and violence that are still so structural and often normalized”, Explains Girl Portugal. 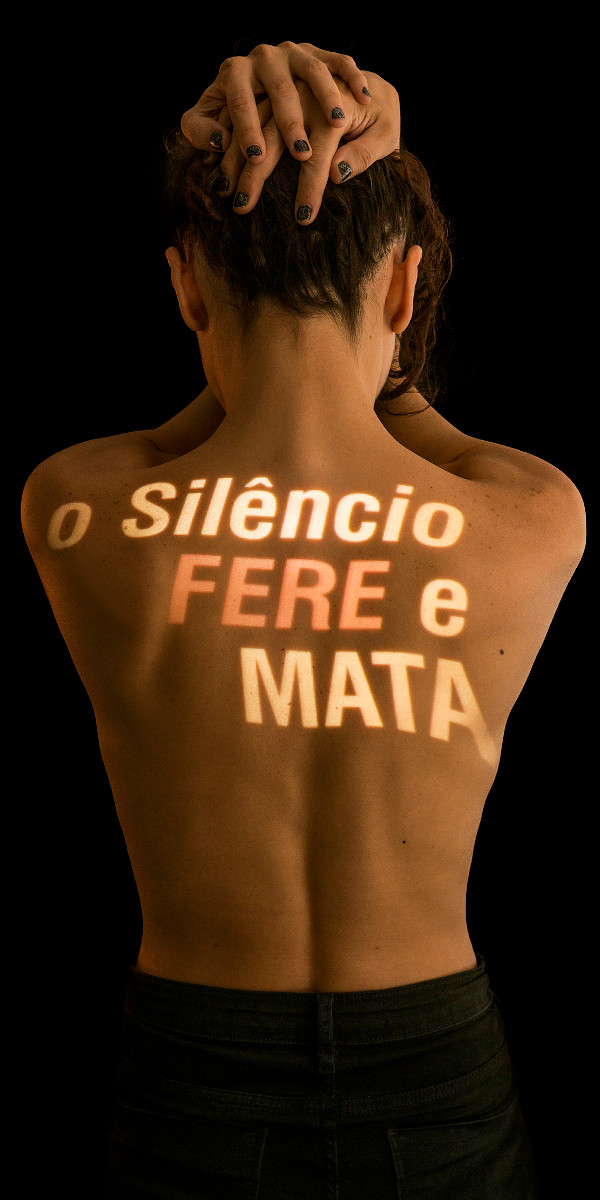 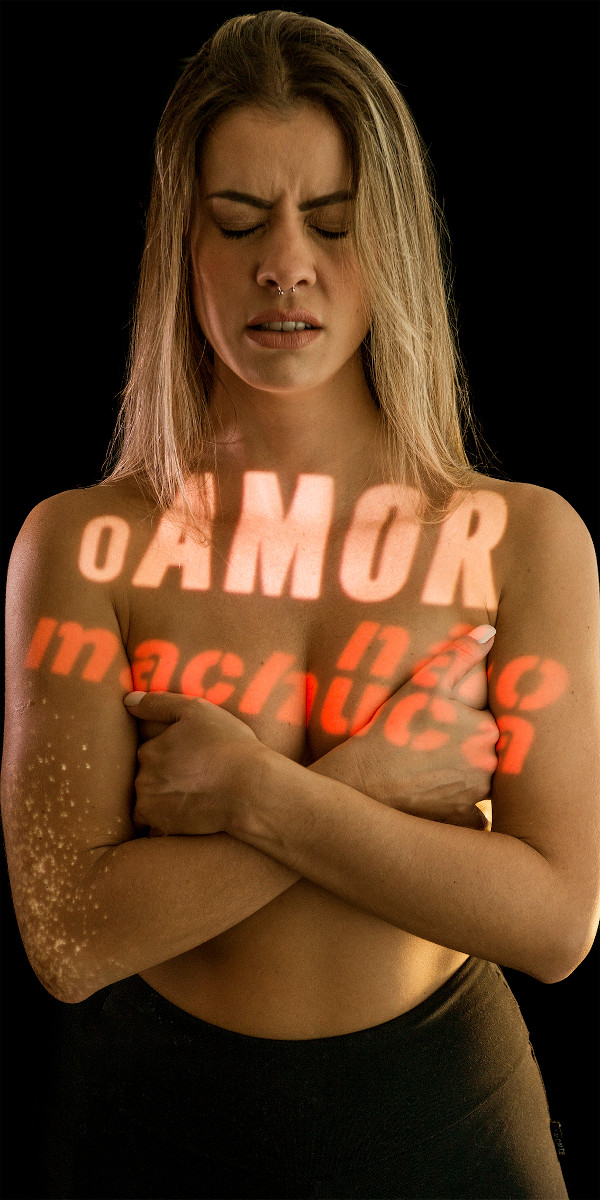 Data on feminicide in Brazil

In 2020, according to data from the Brazilian Public Security Forum, cases of femicide have grown 41,4% in São Paulo during the months of March and April, when compared to the same period of 2019. The data are part of the study “Domestic Violence during the Covid-19 pandemic.

According to the Map of Violence, black women are three times more likely to be murdered than white women. In Brazil, for every white woman victim of homicide, around 1,8 black women were murdered (sum of blacks and browns). According to data from the 12th and 13th Brazilian Yearbook of Public Security, from the Patrícia Galvão Institute, three women are victims of femicide every day in Brazil and one woman registers aggression under the Maria da Penha law every two minutes. 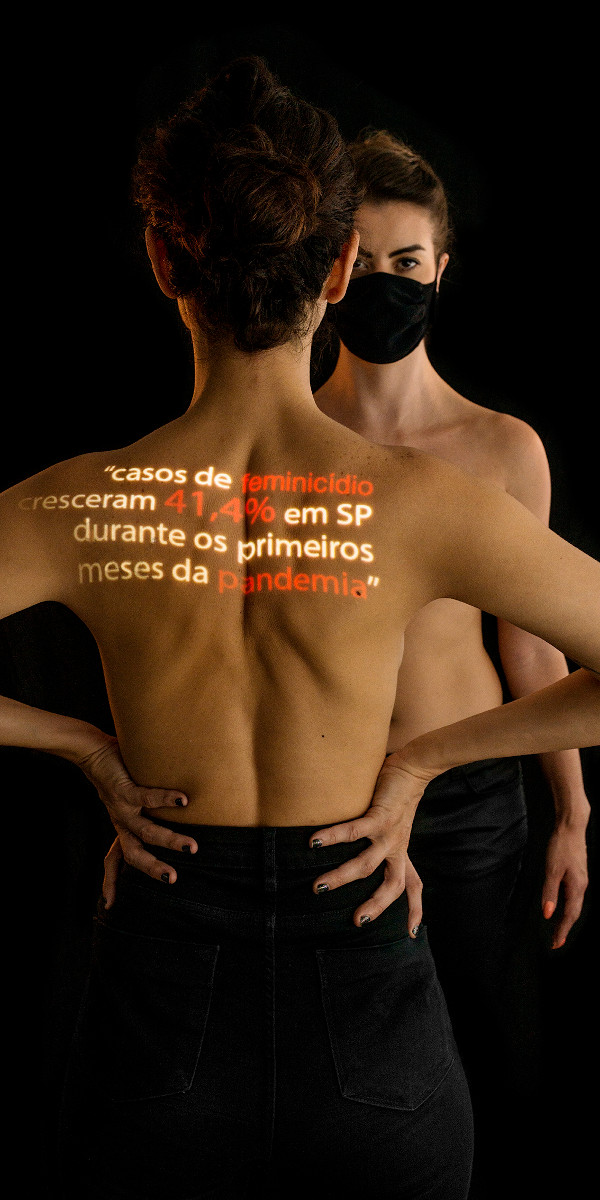 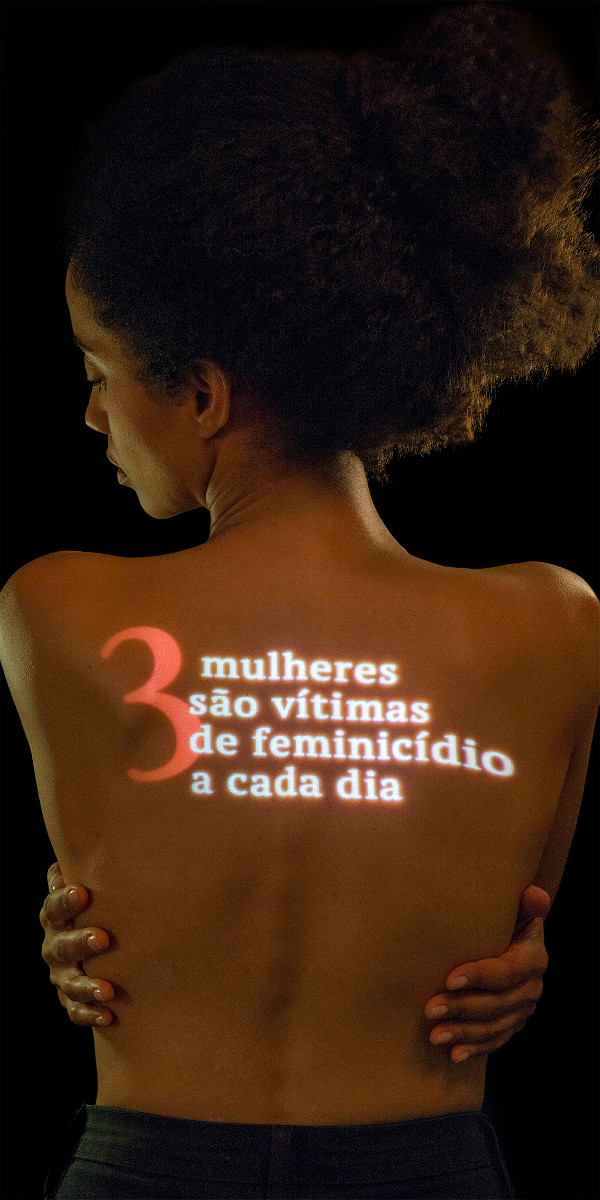 Exhibition ‘At Half Light on the Skin’, Bruna Brito. Photo: Milton Galvani. 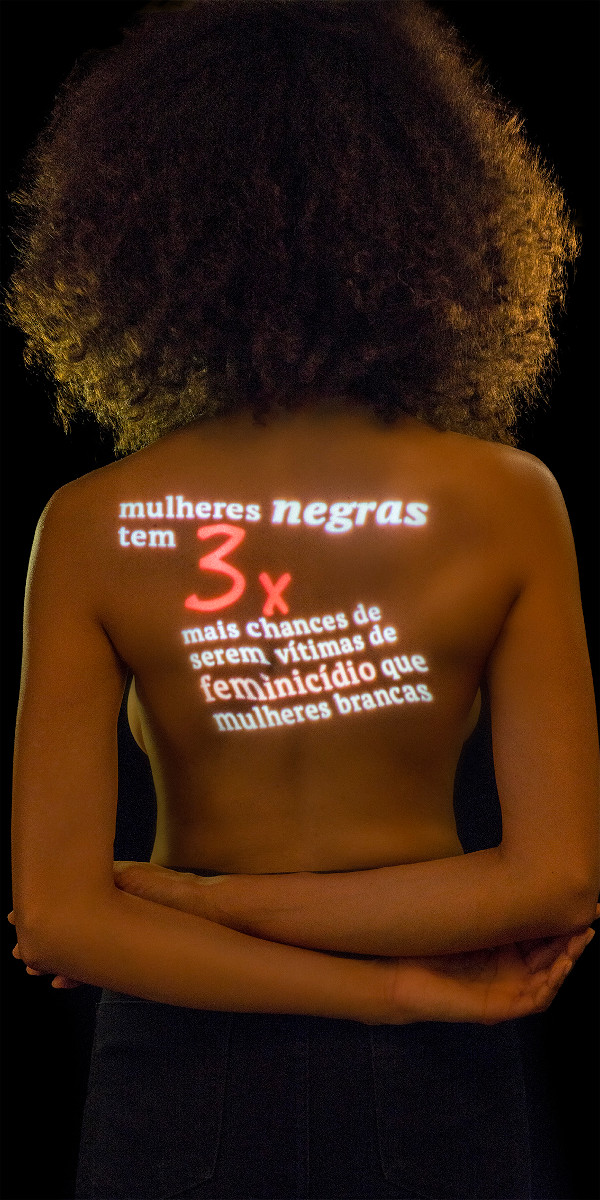 Exhibition ‘At Half Light on the Skin’, Bruna Brito. Photo: Milton Galvani.

About the ‘À Meia Luz’ Collective

A Collective ‘À Meia Luz’ was born from a research by the actress and producer Chica Portugal on abusive relationships, begun in 2018. During this work, Chica collected testimonies from more than 100 women victims of violence from various parts of Brazil and outside the country. “Incredibly, there isn’t a woman I talk to about the subject who hasn’t gone through some kind of abusive relationship. Most of them veiled, subtle – that end up being the most difficult to notice, because there is a tendency towards normalization when there is no physical aggression. In these cases, most women miss it ”, Chica points out.

Still 2018 profile was created ‘Half Light Project’ on Instagram and Facebook, with search content, articles and articles that offer information and awareness through digital culture. In 2019 the project was created “In Half Light On Skin”, with the first experiments with photographic language, in partnership with photographer Milton Galvani. “Being part of creating images that symbolize awareness and at the same time speak in words, data and defense mechanisms translate some aspects of reality that are completely dumb in our society”, stand out or photographer.

In 2020, before the start of the new Coronavirus pandemic, the second phase of the photographic project was elaborated. During the year the project created strengths in social networks through Lives on the theme and campaigns that presented the different types of violence against women. In addition to the exhibitions, the ‘Half Light Project’ premiered in March this year the show 'Letters from Prison' – monologue on the experiences of women victims of violence - launched a website (www.projetoameialuz.com.br) and a Digital Primer with informative content on violence against women.