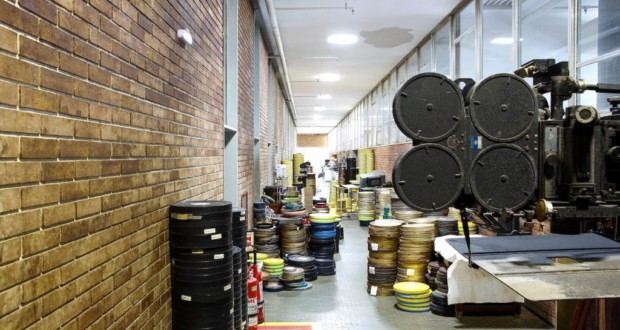 Conservation Center of the MAM-RJ Cinematheque, in downtown Rio, and the Cavideo Cultural Space. Photo: Disclosure.

In the midst of the cultural crisis, Rio de Janeiro sees the emergence of almost two spaces dedicated exclusively to the conservation and research of Brazilian and international cinema: the new MAM-RJ Cinematheque Conservation Center, in downtown Rio, and the Cavideo Cultural Space, in Married Houses, in the neighborhood of Laranjeiras, also in the capital of Rio de Janeiro. To celebrate this breath / the cultural renewal, the NUCINE (Production Center of the Cinema Course at Estácio, Tom Jobim Campus, the bar, composed exclusively by the students of the unit) decided to celebrate Brazilian and world cinema, promoting the event “MEMORY HUNTERS (ALMOST) LOST: NEW SPACES FOR THE PRESERVATION OF THE HISTORY OF THE BRAZILIAN CINEMA ”, who will have as speakers two personalities from the Rio de Janeiro film scene, Hernani Hefner (MAM-RJ Cinematheque) and Borges cables (Cavideo Cultural Space), two warriors who lead and fight for the preservation and research of our audiovisual memory. The free and open attraction to the external public will take place in 14 April, next Wednesday, from 10pm, across the platform Teams. The link will be available 2 hours earlier on NUCINE-TJ's Instagram: @nucinetomjobim

Film lovers from all over the country and even the world will be able to check out more details about these two very different initiatives, but they have a lot in common: revitalize traditional areas of Rio de Janeiro, preserve collections and cinematographic memories and are examples of vigor and confidence in the future, amidst the hurricanes that plague Brazilian cultural life. The initiative – which will be mediated by Filippo Pitanga – lawyer, journalist, film critic and curator of several film shows in Brazil – will also discuss topics such as audiovisual memory, requalification of public spaces, film preservation and research. It is worth noting that all production is being carried out by the students of NUCINE-TJ / Production Center of the Cinema Course at Estácio Tom Jobim, Barra da Tijuca campus.

The new Conservation Center of MAM-RJ serves a process of expansion of the collection, verified internationally with the creation of similar units in various cinematheques and film archives in the world since the years 1990 and accelerated in recent years. The exhaustion of his guard space was aggravated when the production and dubbing company Herbert Richers ended, closed since 2011, its entire collection being forwarded to the Cinematheque until the middle of 2015. At the same time, Labocine was also closed, old commercial film laboratory, responsible for processing a large part of Brazilian cinema until March 2015. The arrival of these two large documentary and film collections, respectively, signaled the immediate need to define a new guard space, what started to be designed even after 2018.

The buildings on Rua do Senado, 204, proved to be adequate for the reception of the, requiring minimal civil engineering interventions, air conditioning and security. A work plan was developed to change the collection, the beginning of which was scheduled for the first days after the Carnival of 2020 and should follow a fast pace, the opening of the new Center is expected to coincide with the celebrations of the 65 years of the Cinematheque in July.

With the Covid-19 pandemic, the whole process had to be temporarily interrupted. The new Conservation Center is also expected to honor the critic and essayist José Carlos Avellar, who worked at the MAM Cinematheque in 1969 to 1985, and directed it in the biennium 1991/2. Your name will also be submitted to the MAM Council.

The Cavideo Cultural Space was opened in October 2020 as a free rental company. In February, in the same space located in Casas Casadas, in Orange, the “Marialva Monteiro Cinema Library” was opened and in that same month an exhibition space with the inauguration of the actor Steve McQueen's exhibition. With about of 5 thousand films and 3 thousand books, the Cavideo Cultural Space is completely free and a new meeting point and research space for students and film buffs. 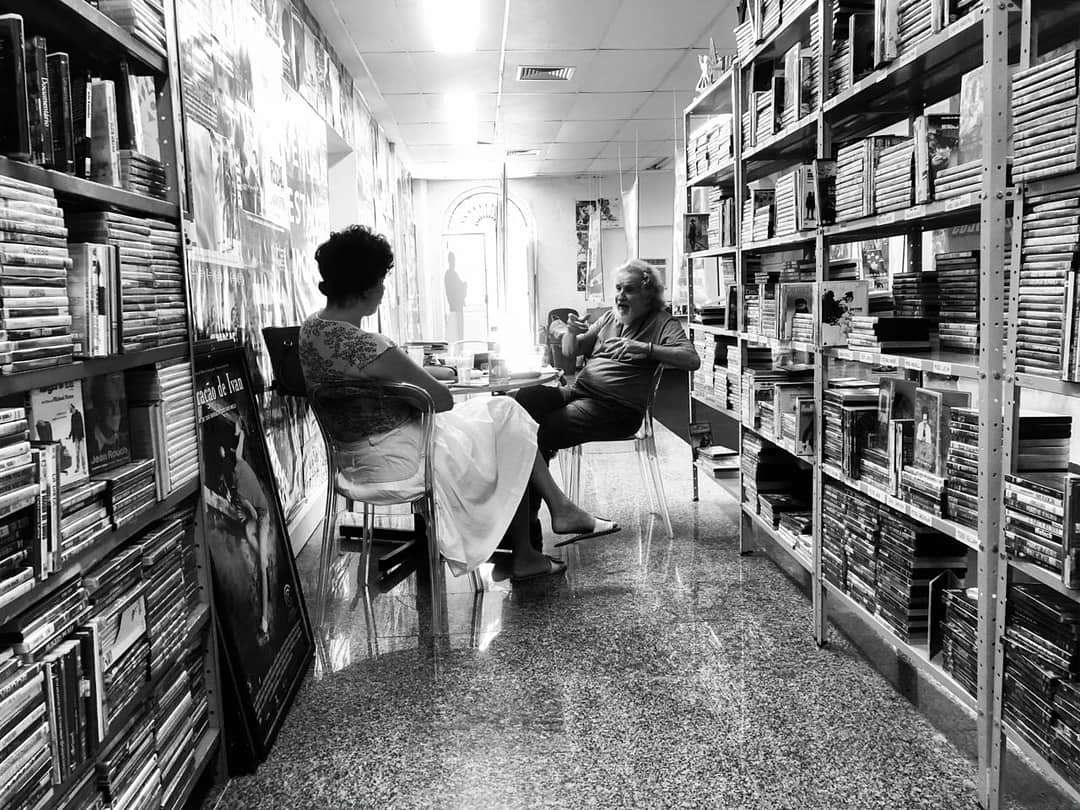 Check below the profiles of NUCINE guests (Production Center of the Cinema Course at Estácio, Tom Jobim Campus, campus Bar

Hernani Heffner has been Manager of the MAM Cinematheque since 2020 and creator of the series lost+found on audiovisual preservation, currently finalizing. He is also a professor and researcher. He was curator of important cinema shows. Graduated in Social Communication / Cinema at UFF, began his professional career at Cinédia, in 1986, where he coordinated the restoration of films like “The Drunken”, “Hello! Hello! Carnival!” and “Silk doll”. He entered the MAM-RJ Cinematheque in 1983 and 1999 became its Chief Conservative. Wrote more than 100 entries for the Encyclopedia of Brazilian Cinema and dozens of articles and texts for catalogs, magazines and books.

Borges cables is a film director and producer. Founder of Cavideo, video store that later also became a producer and distributor of national films. Already produced 77 long and 154 short, plus tv series, webseries, clips, video art and video banks. As director did 16 long and 44 short, conquering 178 awards at national and international festivals.

Filippo Pitanga is a lawyer, journalist, film critic and curator of several film shows in Brazil. Master's student in Communication and Culture at ECO-UFRJ, professor at the International Film Academy, and member of the Rio de Janeiro Critics Association (ACCRJ) and the International Federation of Critics (FIPRESCI).